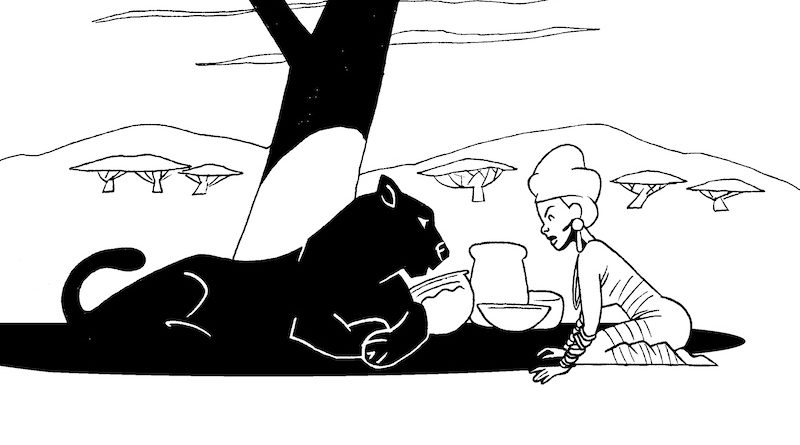 In 1902, British writer and journalist Rudyard Kipling published the short story collection Just So Stories, an anthology of fables about how different animals came to be. But this is not 1902, and some of the stories in Kipling’s collection are, well, not as enlightened as we are in 2020. Or, more to the point, 2018. That was the year that Abaddon Books originally published Not So Stories (paperback, Kindle), a collection of short stories in which writers of color have put their own spins on Kipling’s tales, or responses to them. With Not So Stories being newly rereleased, I spoke via email with the collection’s editor David Thomas Moore — the fiction commissioning editor at Rebellion Publishing, and the editor of such anthologies as Creatures: The Legacy Of Frankenstein — to discuss how and why he put this collection together. 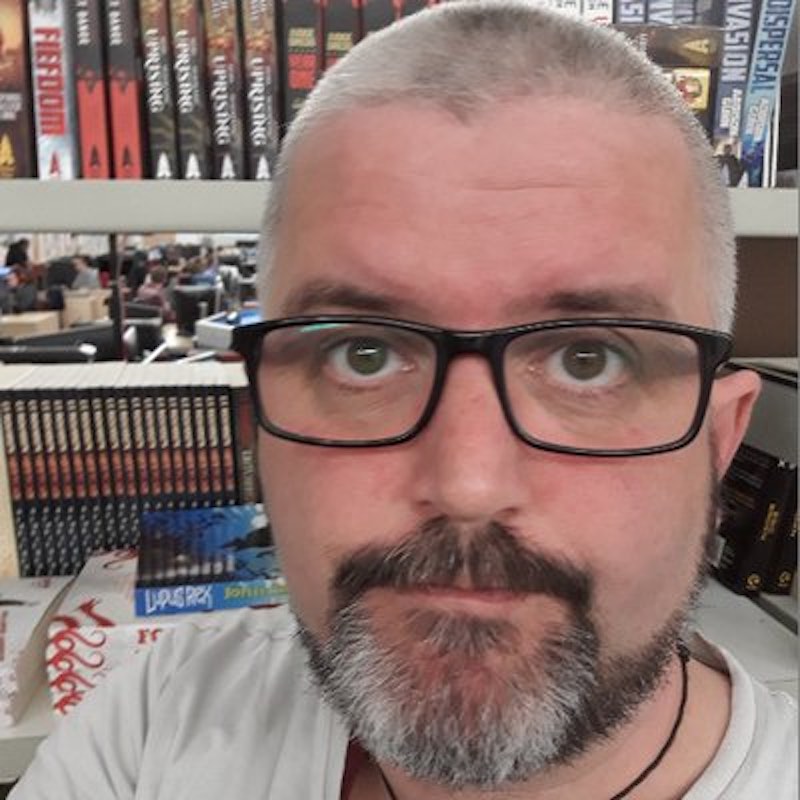 To start, what is Not So Stories? I know it’s a short story collection, but what is the theme?

As the name suggests, the theme is Rudyard Kipling’s famous children’s collection Just So Stories. Specifically, I invited writers of color from around the world, chiefly from former British colonies, to “respond” to the original collection. They could interpret that instruction any way they wanted — and did; some of the stories are re-tellings, one or two are sequels of sorts, some are original creation-style stories in the same vein, some riff on the idea of Empire, some on the impact of stories in our lives.

Who originally came up with the idea for this collection?

What inspired this idea, and why did you not only think it was an interesting theme for a short story collection but also that you were the person who should put it together?

A lot of the projects I’ve led for Abaddon Books have been about playing with classic works in various ways; I’ve tackled Shakespeare [Monstrous Little Voices: New Tales From Shakespeare’s Fantasy World], Mary Shelley [the aforementioned Creatures], Bram Stoker [Dracula: Rise Of The Beast], Arthur Conan Doyle [Two Hundred And Twenty One Baker Streets]. I was mulling over what to do next and also over promoting writers of color, and Kipling popped into my head. I loved the stories as a kid, but some of the ideas (and in a few places, the language) in the collection are super-problematic; inviting writers from the countries Kipling’s beloved empire had pillaged to reclaim the stories seemed a just return.

And as for me…to be honest, thinking back, I wish I’d thought to invite someone else to edit the collection. I’m white, I’m British, I represent exactly the force this book sets out to challenge. But by the time I’d had the thought I’d already invited half the contributors — writers I’d corresponded with on Twitter, writers whose work I’d enjoyed (or who I wanted to see produce work) — and at that point I’d purely be hiring someone to put a brown face on the book, which would be disingenuous and tokenising. So I went ahead. (We’ve commissioned editors of color to produce own-voices anthologies since, and will be doing so again in future.) 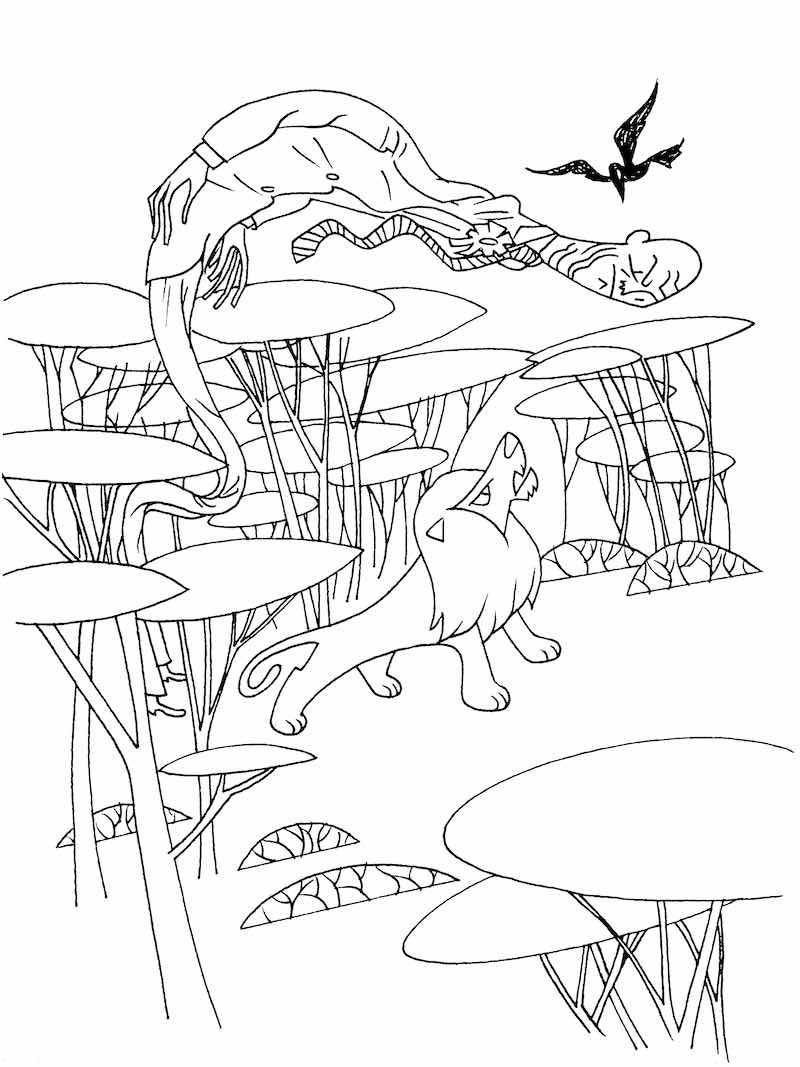 “How The Snake Lost His Spine”

So, what genres do the stories cover?

Gosh. Well, the mythic tone of Kipling’s originals lends itself to a particular tone, of course; a lot of the stories are in the same vein, stories of talking animals and of the way things are. A few take that as a starting point into urban fantasy, gothic fiction, and the like. One is a straight-up ghost story, and one is a straight-up horror yarn. One is a comic satire. None of them are science-fiction, though; they’re all in the realms of the fantastic.

Were there any kinds of stories that, when suggested, either really excited you or made you think they might not work but you’d like to see someone try?

To be honest, I didn’t vet the stories in advance; I wanted to give the writers a space to do what they wanted. All the writers were invited, and I accepted the stories they sent, although a few ran their ideas past me in advance (I said “yes” to all of them). And they all excite me in various ways. I suppose the most off-the-wall was Paul Krueger’s “How The Camel Got Her Paid Time Off,” which I’m delighted to say worked perfectly.

It’s been my experience that short story collections are a great way to learn about new writers. In editing Not So Stories did you discover any new writers that you’ve become a big fan of?

Some. Many were writers I’d already read. A fair few, though, were aspiring writers I knew on social media who’d never published anything, and who I felt had huge promise; I wanted to see what they could do given an opportunity. None of them disappointed. Rebellion has published six of them — Joseph Elliot-Coleman, Wayne Santos, Stewart Holston, Tauriq Moosa, Zina Hutton, and Ali Nouraei — in longer form since the anthology originally came out, though, so I guess you could say we’re fans… 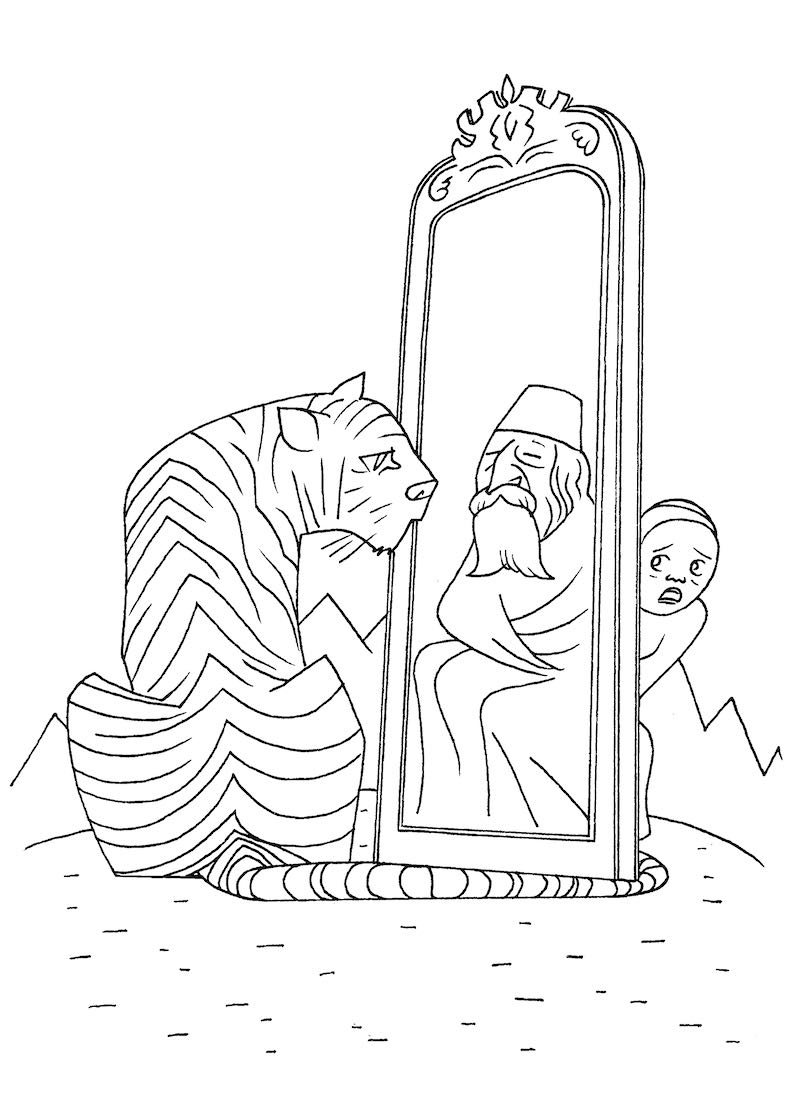 Now, along with the short stories, Not So Stories has an introduction by writer Nikesh Shukla — who’s edited two collections of essays: The Good Immigrant and The Good Immigrant: 26 Writers Reflect On America — and illustrations by Woodrow Phoenix, who previous wrote and drew the non-fiction graphic novel Rumble Strip. Why did you want them to contribute to Not So Stories?

For starters, for the reasons I give above, I didn’t want to write the introduction myself. My name went on the cover, but I didn’t want to center myself. I hit on the idea of hiring someone awesome to write an introduction, and I’d just finished reading The Good Immigrant, so I took the plunge and reached out to Nikesh, in no way expecting him to say “yes,” but I’m delighted to say he was entirely happy to chip something in.

As for the illustrations: I wanted to capture one of the more delightful eccentricities of Kipling’s original collection, which is his famous sketches (and accompanying rambling footnotes). I was given the budget to illustrate half the stories, so scrambled to get picture ideas from my contributors and started artist-hunting. I wanted an artist of color (obviously), and asked around the team at Rebellion for suggestions, and several of them (this being a comic-book publisher as well as a fiction publisher) suggested the excellent Woodrow Phoenix. He wasn’t the only artist I looked at, but out of all the portfolios I put on the table, his was what the team liked most every meeting, so I approached him (and am again pleased to say he accepted).

So I have to ask the obvious question: What do you think Rudyard Kipling would think of Not So Stories? Or do you not care?

Hah! Poor old Rudyard. He’s an interesting character, really; he really, truly, passionately believed in the civilizing power of Empire, but when he returned to India as an adult (having lived there as a child), he was disappointed to find the wise, sober custodians of his youth had been replaced by braying young fools intent on looting the continent for all it was worth. And you read that, and you think, “my guy, you’re so close to getting it…”

He’d have hated them, I guess. God knows. It would be nice to think that he’d be more enlightened today, but I doubt it. 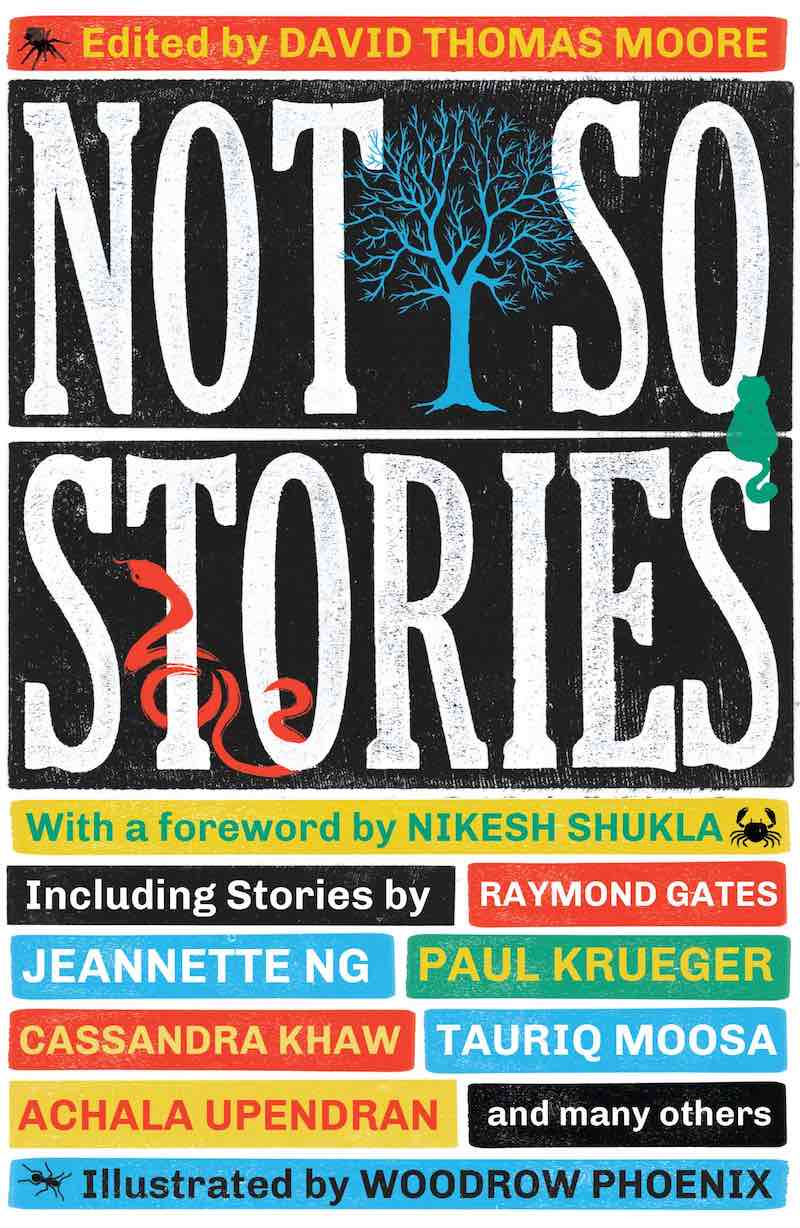 Finally, if someone enjoys Not So Stories what similar short story anthology would you suggest they read next and why that?

Ooh, why not try Nisi Shawl’s New Suns or Mahvesh Murad and Jared Shurin’s The Djinn Falls In Love And Other Stories. Both are absolutely amazing anthologies giving mostly very fresh, up-and-coming world and own-voices authors a platform (and both of them have editors of color, which goes one up on my own effort). 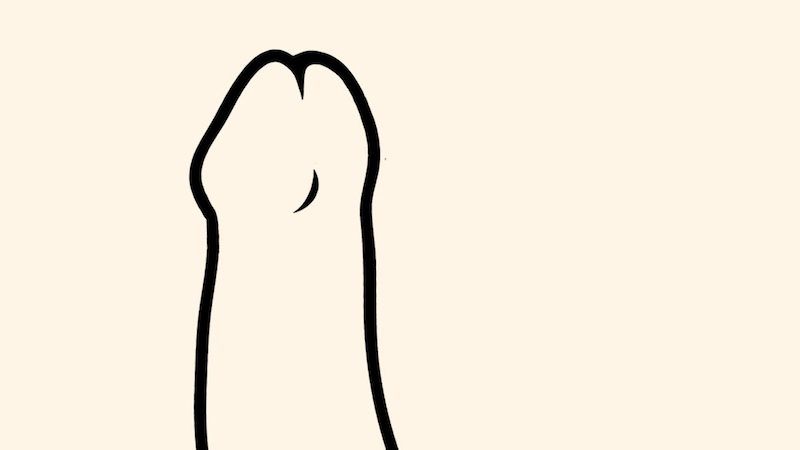 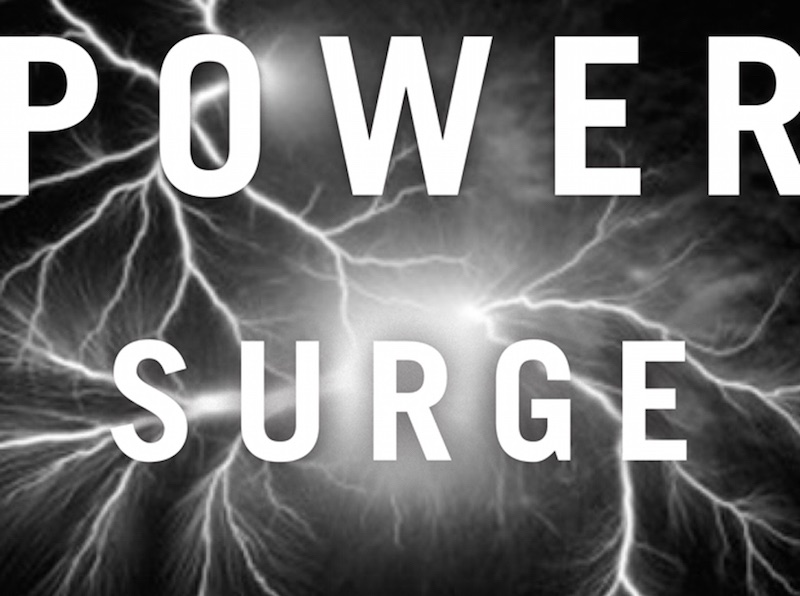 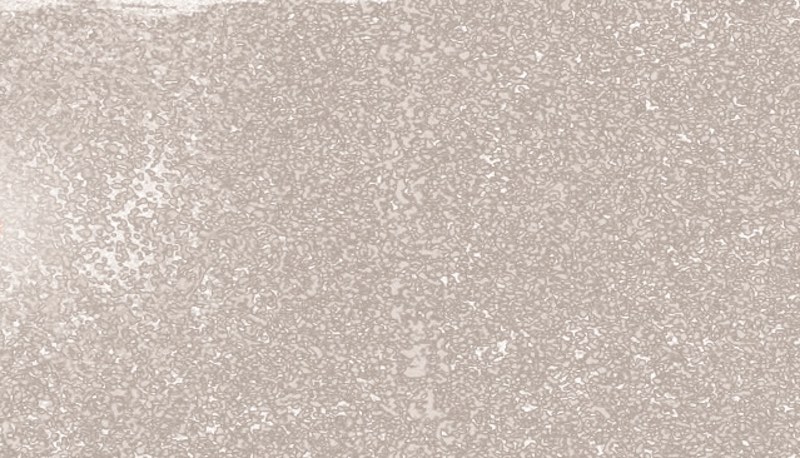