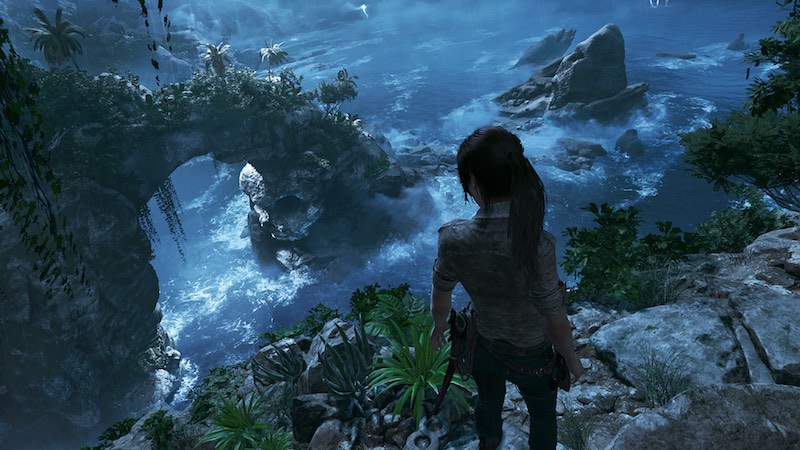 In anticipation Shadow Of The Tomb Raider being released this September on PlayStation 4, Xbox One, and PC, the good people from Square Enix and Crystal Dynamics held an event at the Mayan Theater in Los Angeles where they gave journalists an opportunity to play the opening level of the game. What follows are my impressions of it.

Suffice it to say, some spoilers follow. But only some. 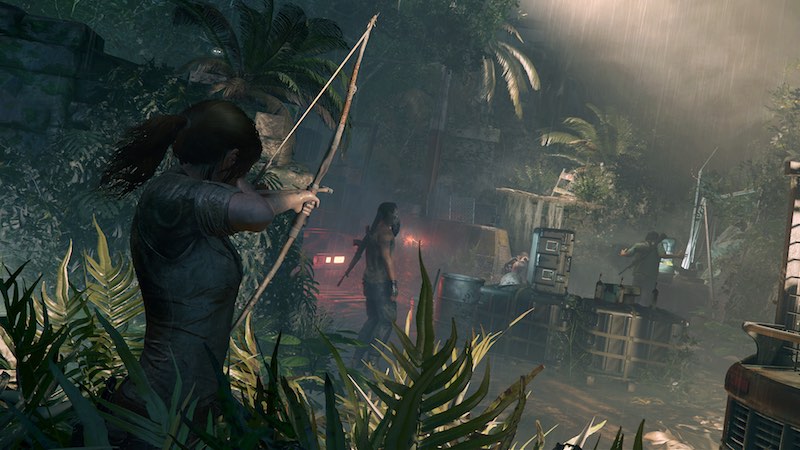 As you may or may not know, Shadow Of The Tomb Raider is the third and final game in the prequel trilogy that started with 2013’s Tomb Raider and continued with 2015’s Rise Of The Tomb Raider. In essence, it is the final step in the evolution of Lara Croft from a young, inexperienced woman to the hardened adventurer we know and love.

As with those earlier games, Shadow Of The Tomb Raider has Lara trying to stop the nefarious and shadowy organization Trinity. Which, time time around, will take her to the jungles of Peru for a whole new adventure.

First, though, the demo of Shadow Of The Tomb Raider had Lara enjoying a drink in the cozy Mexican village of Cozumel with her old pal Jonah. She’s shadowing a Trinity employ named Dominguez, and after rudely listening in to his conversation, she followed him through the village until she saw him going into an off-limits dig site. With Jonah distracting the guards, Lara hopped a fence, officially breaking her first Mexican law. Well, first one today, anyway. 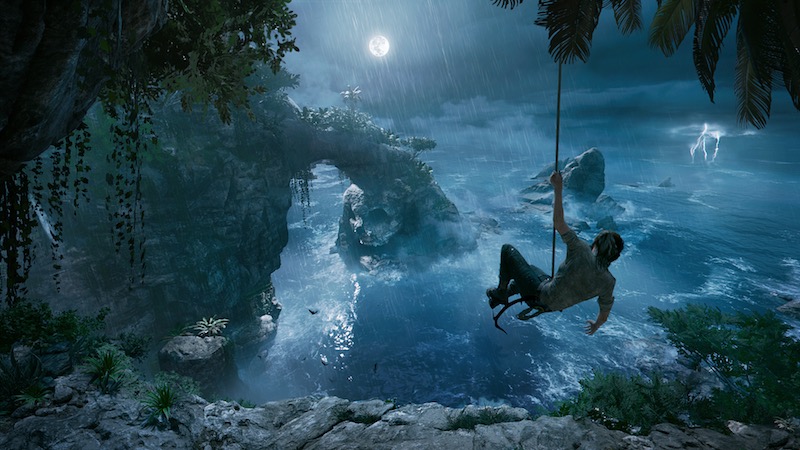 After looking around for some supplies — none of which she ended up needing, but old habits die hard — Lara scrambled up a wall and made her way to a rockface high above a choppy ocean. To get to a cave entrance, Lara here had to do her usually mix of jumping and climbing and shimmying across ledges, as well as jumping toward porous rock walls and using her pickaxes to hang on for dear life. Except now, with the touch of a button, she can dispatch a rappelling rope from where she’s hanging, which she can not only to use to drop down to lower ledges, but also to swing onto them, as well as wall run after going back and forth to build up momentum.

Making her way into the cave, Shadow Of The Tomb Raider next has Lara do a bit of swimming, which is going to be a bigger part of this game. Hence a new mechanic that allows Lara, with the touch of a button, to quickly surface and take a deep breath when she’s underneath an air pocket before continuing on her merry way.

Finally surfacing, Lara then ran into an Indiana Jones-esque trap, before emerging in a large cavern that housed a Mayan temple. Realizing she needed to get to the top of it, Lara then had to solve some physics-based traversal problems that involved large bells in wooden cages counterweighted by other caged bells, as well as some simple winch and pulley machinery, but ultimately got her to the top of the temple.

Once there, Lara then engaged in some exposition — which I won’t spoil — before making her way out a back entrance. A back entrance, she quickly learned, that was being guarded by some Trinity’s stooges. 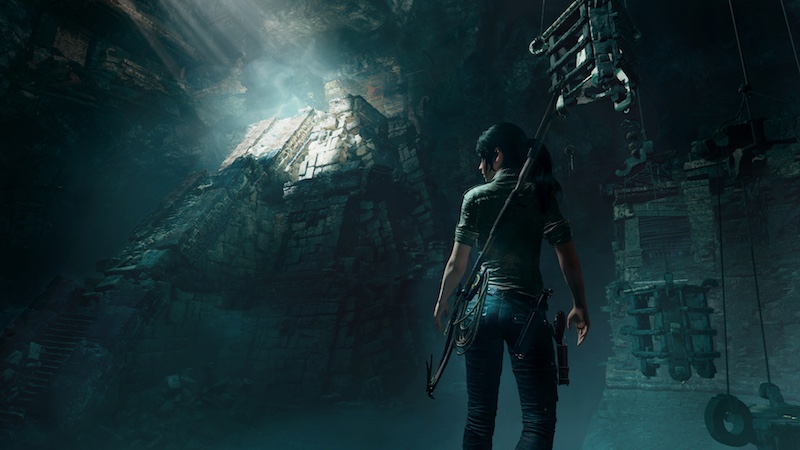 It was here that we got a glimpse of how Shadow Of The Tomb Raider will utilize the jungle as a mechanic. In order to hide from one of the guards, Lara slipped behind a wall of vines until one guy’s coworker looked away, giving Lara an opportunity to slam her pickaxe into the first guy’s skull. She then continued onward, using stealth to take out more guards…until I screwed up and one of the guys noticed me. Good thing Lara’s bow and arrow has a shotgun, a machine gun, and a pistol for friends.

Eventually, Lara was able to dispatch all the bad guys, and after using her pickaxe — and my thumb jamming down on the “X” button — to open a gate, she found herself face to face with Dominguez. After more spoliery exposition, Lara then found herself at the mercy of a massive flood, which ran through the streets, destroying everything in its path, and sending Lara bouncing around like a beach ball at a Black Sabbath concert. What followed was a mix of swimming and the kind of water slide-esque parts from the earlier games, ending with a bit where Lara has to run and jump her way through an apocalyptic obstacle course that eventually led her back to Jonah and the end of the demo.

As you can probably tell, this Shadow Of The Tomb Raider made me very excited for this game. But, having said that, I did have some concerns. For starters, having to jam down on a button when using the pickaxe to pry something open became tiresome rather quickly, especially given how the new God Of War got rid of its own button mashing door mechanic.

It also doesn’t seem like Shadow Of The Tomb Raider will have any of the creative acrobatics that were a hallmark of the earlier games, and a notable absence in this series. Though, hopefully, the physics-based puzzles will satisfy that itch. 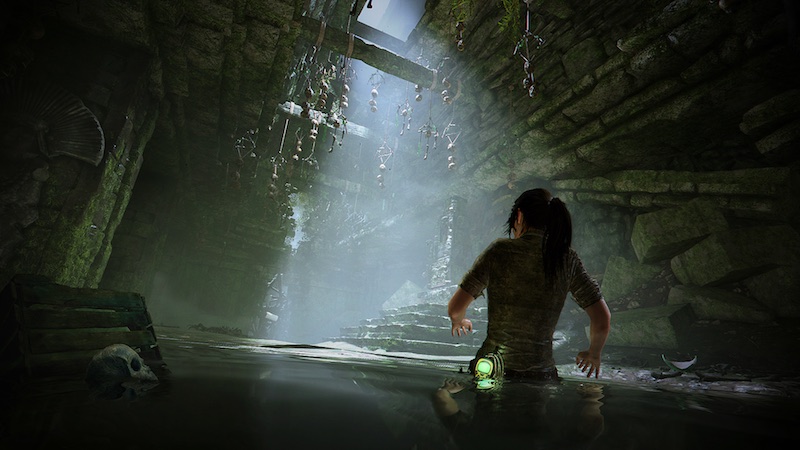 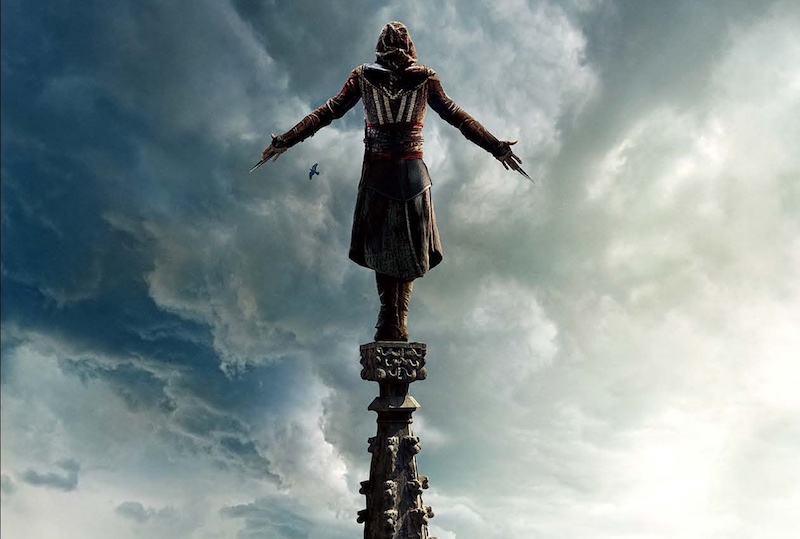 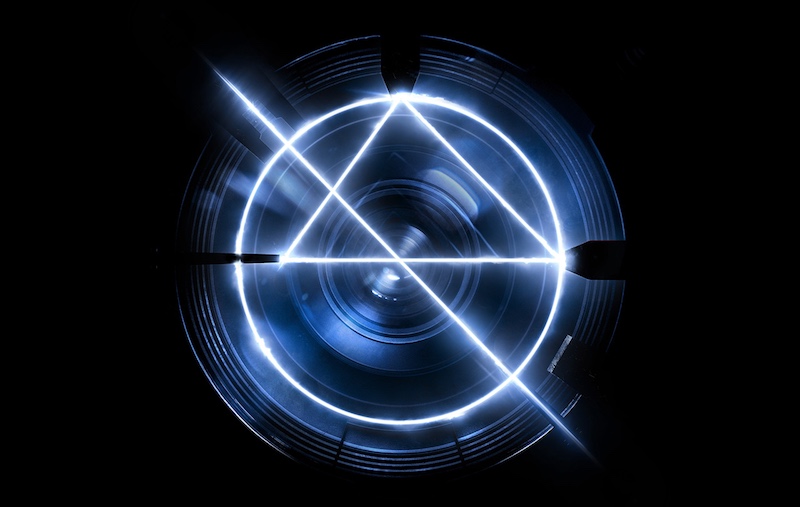 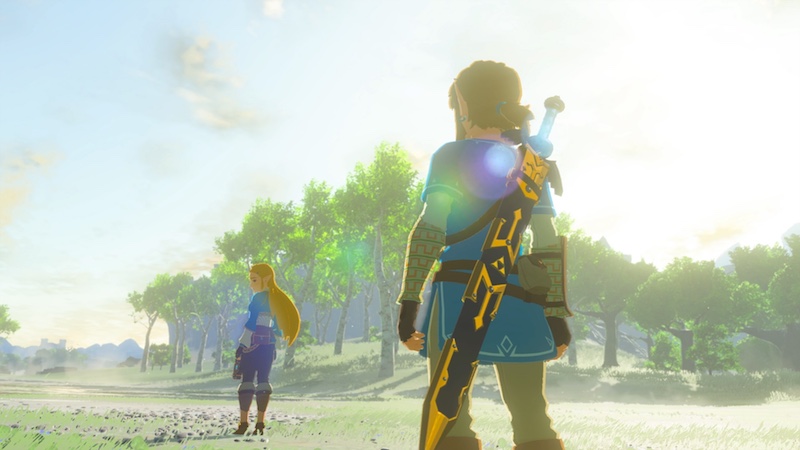