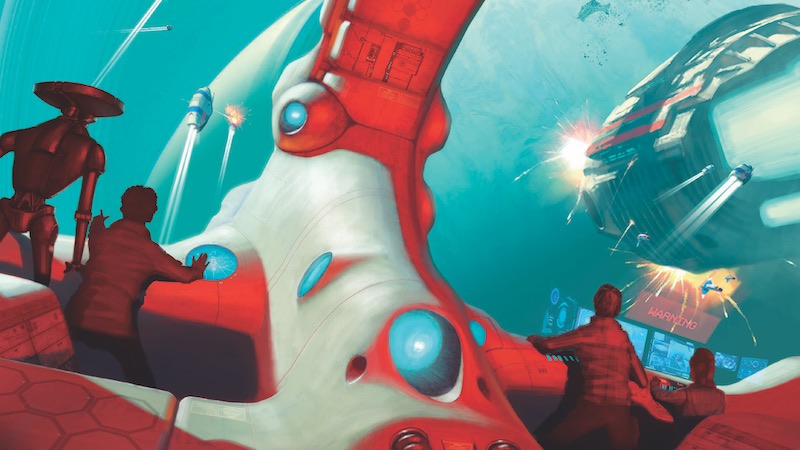 With We Are Mayhem (hardcover, Kindle), writer Michael Moreci is continuing the sci-fi space opera saga he began last year with Black Star Renegades. In the following email interview, Moreci discusses what inspired and influenced this second space novel, as well as the comic books he’s also been writing. 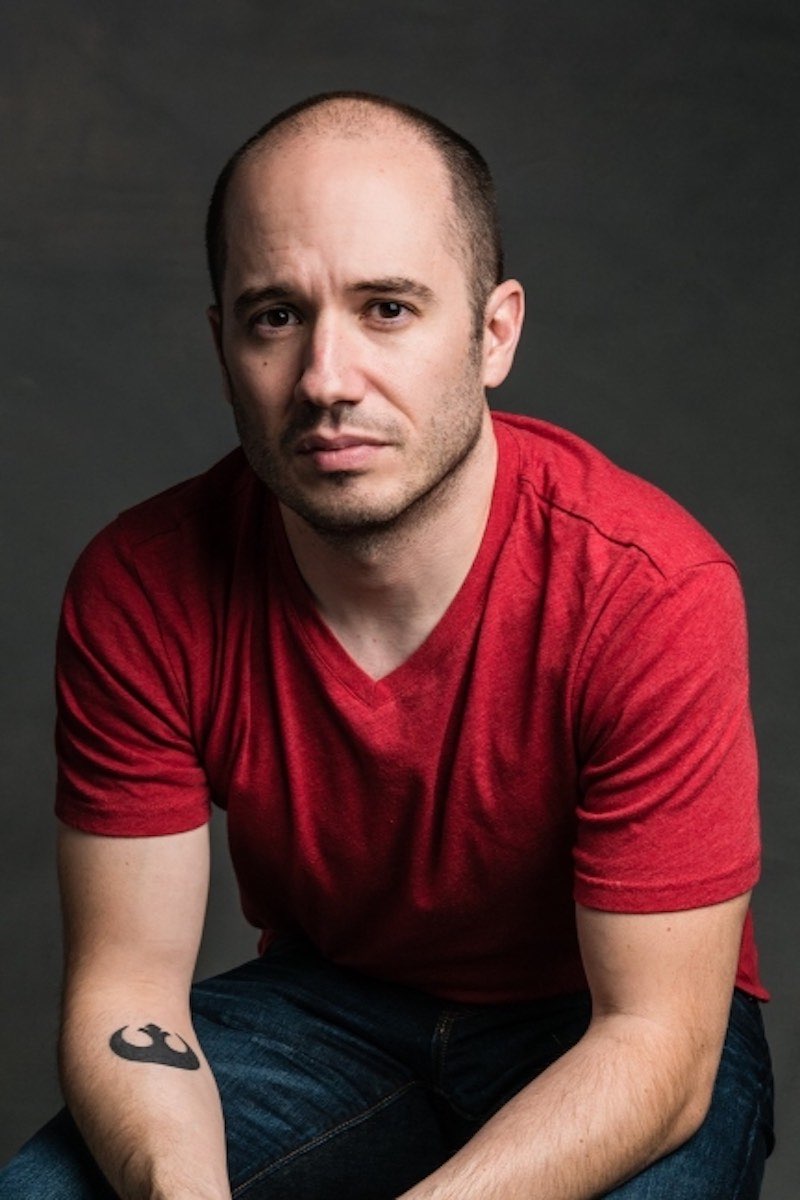 First off, what is We Are Mayhem about, when does it take place, and how does it connect, both narratively and chronologically, to the previous book in this series, Black Star Renegades?

It takes place very soon after the events of Black Star Renegades; a few months separates the two books. In We Are Mayhem, we follow our ragtag Renegades group in the days following their major victory that closed Black Star Renegades. They’ve gone from a small resistance movement to a real threat against the Praxis kingdom, rallying systems and forces to their side. Praxis, though, isn’t taking this opposition lightly, and they’ve responded by doubling down on their cruel control. So, the board / conflict is pretty firmly cemented; the stakes are higher, and we still have the Rokura — the superweapon — in the hands of Cade Sura. Will he figure out how to truly master it? Will Kira Sen be able to be the military leader she’s capable of? These answers, and more, are all in the book.

Where did you get the idea for We Are Mayhem, and how did the story evolve as you wrote it?

Well, I knew from the start that I wanted to deepen things, on a personal level, for both Cade and Kira. And this book, it’s worth noting, is told from both their perspectives; they’re both the lead characters. I also wanted the threat to be galaxy-spanning; I wanted to have the stakes be Praxis vs. everybody else. Having that big line drawn was really important to me. That said, I knew I had to get a little more serious in this book, more than Black Star Renegades, while still retaining its heart and humor. I don’t want to spoil Cade’s and Kira’s journeys, but the places they go in the book adds some heft, I think, for the story — and what Kira experiences is seeded, secretly, in the first book. So, I had her arc pretty well down. Cade’s was tricky, because I wanted to say something really specific about the Rokura and its mythology; that part of the book evolved a lot as I figured out how to convey the history of this mysterious weapon. I like where it landed, and I like how it speaks to the heart of the story, which centers not only around the fight of good against evil, but how to truly defeat evil.

In the previous interview we did about Black Star Renegades [which you can read here], you said you thought it was sort of a sci-fi space opera, but was not as concerned with the “science” part of “science fiction” as other space operas. Would you say the same about We Are Mayhem?

Ha! I did say that, didn’t I? Yeah, I mean, that stays true. And look, I do not mean to diminish the type of sci-fi that is heavy in the science of space travel, starships, etc. I read those books; I love those books. But that’s not me. I’m a pulp guy, same way Lucas was. I love Star Wars and Flash Gordon and John Carter and Buck Rogers. That’s my corner of sci-fi. I love space adventures, and there’s really no way to be concerned with the science of things. It’d be too limiting, as the point of these stories is to be fantastic; to be larger than life. You can’t do that if you’re grounding it in reality.

Are there any genres at work in We Are Mayhem that were not in Black Star Renegades?

I think We Are Mayhem touches more on military sci-fi — like, say, Marko Kloos — than Black Star Renegades did, particularly Kira’s part of the story.

Are there any writers or specific stories that you think had a big influence on We Are Mayhem but not on Black Star Renegades or anything else you’ve written?

Hmmm. I think the influences are pretty consistent, from Scalzi to Sanderson and all the pulps I mentioned before. And, of course, Star Wars. Some contemporaries are doing really cool books that inspire me a ton. K.B. Wagers is the best, and I really loved Drew Williams’ The Stars Now Unclaimed.

How about such non-literary influences as movies, TV shows, and video games; did any of those have a big impact on We Are Mayhem?

I think so. Maybe not consciously, but I’m immersed in sci-fi all the time. If memory serves, while writing this book, I played the new Mass Effect game, I watched the Lost In Space reboot, and I know I watched Krull, Flash Gordon, and The Last Starfighter, which is one of my all-time favorites. 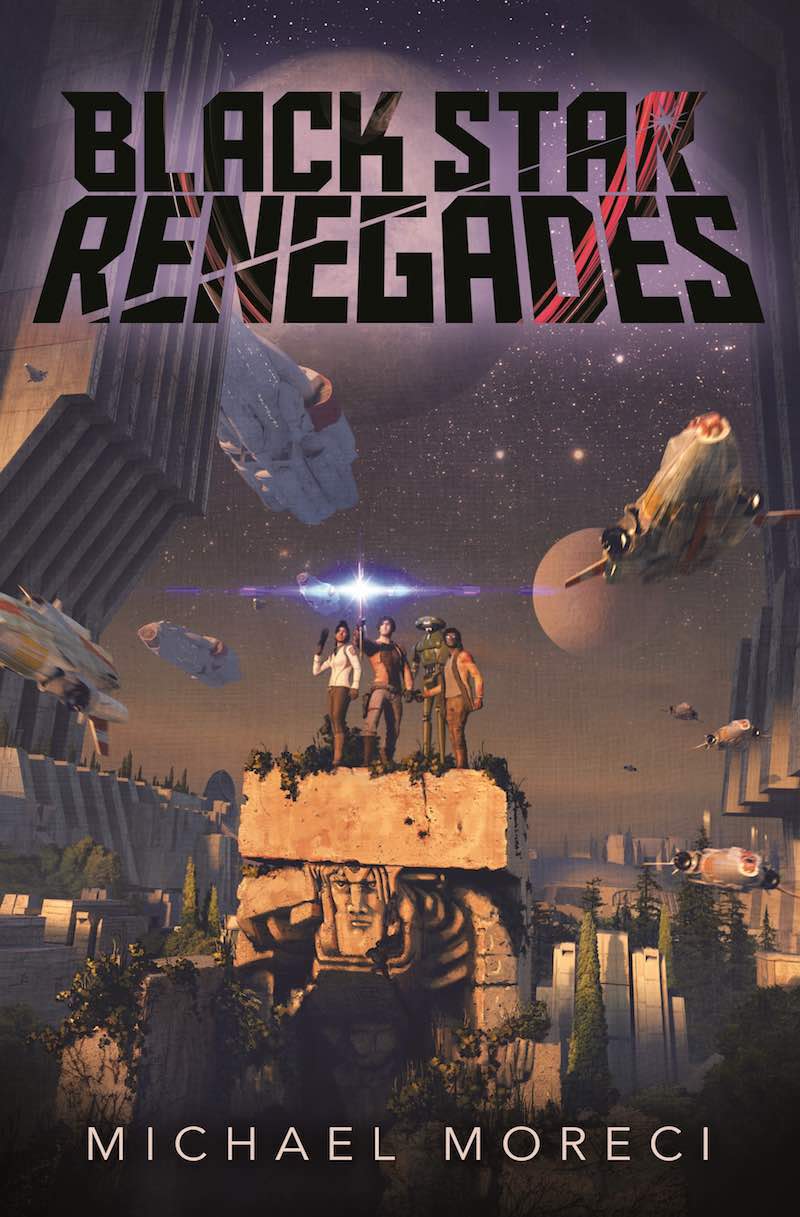 What about music? Because the name Black Star Renegades makes me think of David Bowie’s Blackstar while We Are Mayhem sounds like what the Norwegian black metal band Mayhem would’ve called their debut if they had a sense of humor about things.

I write to music all the time. I have two young kids at home, so my house can be quite loud. And the music I listen to, it’s all about the feeling of the book. Look, like I’ve said, I strive to write books that are fun. I want them to have heft, but I also want a carefreeness to them. Escape. All the books, movies, shows, games, I mentioned, that’s what they are to me, and that’s what I’m after. So my playlist, it’s Zeppelin, Boston, The Clash, Elastica, Motley Crue, C.C.R. — stuff that’s big and noisy. Kinda like the books themselves.

In the time since Black Star Renegades came out, you started writing a Battlestar Galactica comic series called Twilight Command, co-wrote some issues of Star Wars Adventures, and launched the original sci-fi comic Wasted Space [Volume 1 of which is available now]. How, if at all, did your work on these science fiction comics effect what you did in We Are Mayhem?

That’s something I’ve thought about a lot, and it ties into what I’ve been saying. See, I started writing both Wasted Space and Black Star Renegades around the same time, and I think it’s those books that truly cemented my voice as a writer. It’s when I figured out to stop holding myself in check and just be me when I’m writing — and if you know me, you know I like to joke around and have fun; I’m sorta irreverent. That’s me, and I let that seep into my work. And I think it’s the best stuff I’ve done, these recent books, because it’s the most true. Again, I still want there to be heft and weight. Black Star Renegades is a deconstruction of the traditions it adores through the messiah complex; Wasted Space is an existential journey through a politically charged landscape much like our own. So, these things have been working in concert, and I’m glad it has. We Are Mayhem is an evolution of this.

Going back to our previous interview, in it you said your plan for this series was that there would be at least two more books after Black Star Renegades and We Are Mayhem. Is that still the plan?

Right now, there’s no publishing plans in mind. Black Star Renegades, being candid, did really well, and people seem to like it. We gained some “best of” accolades at the end of the year, and we were recently nominated for an Audie, so the door is definitely open. It’s just a matter of seeing how We Are Mayhem performs and going from there. Right now, I’m writing a new sci-fi novel, which shares a lot in common with these two books, so I’m still on this path.

You also said in that interview that there were no plans at the time to make a movie, TV show, or video game out of Black Star Renegades. Is that still the case?

I wish there was news! Nothing right now; but you never know… 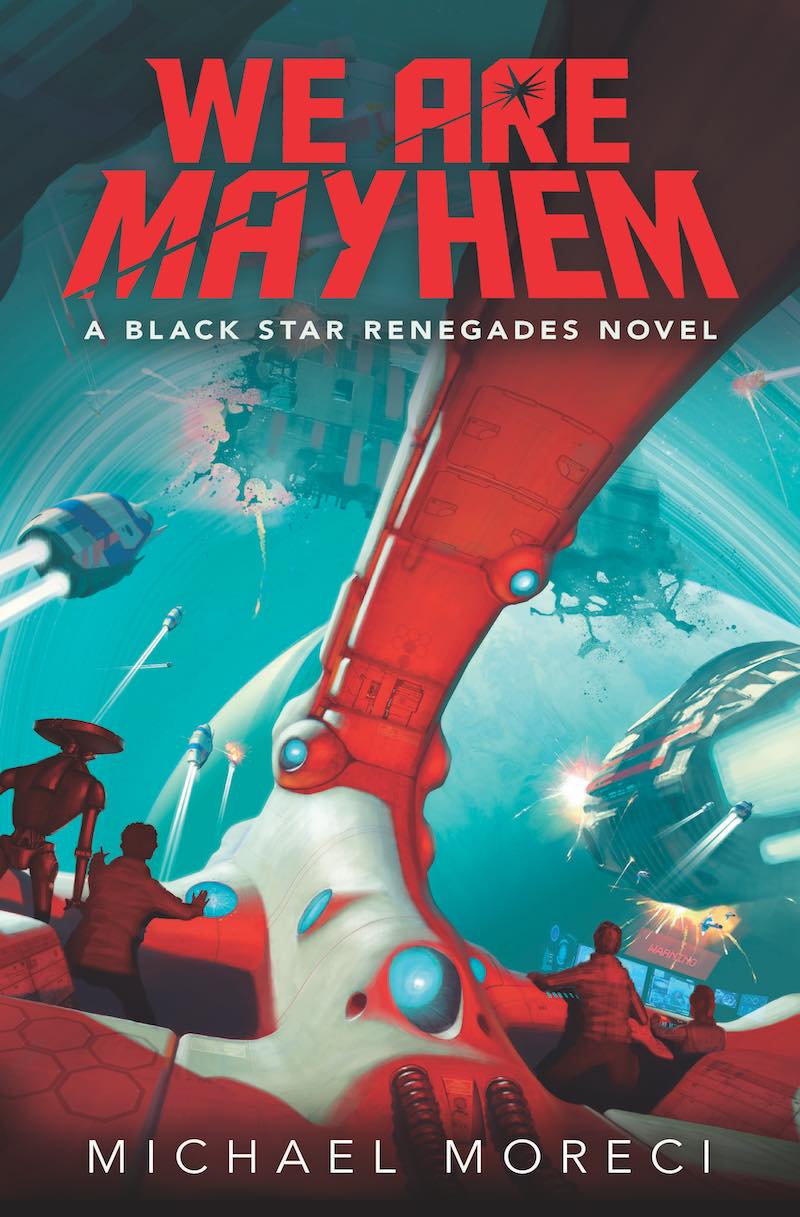 Finally, if someone enjoys We Are Mayhem, they should obviously read Black Star Renegades if they haven’t already. But if they have, which of your other books would you suggest they read next and why that one?

Well, I only have the one other novel, The Throwaway, which is a spy thriller. But for comics, if you don’t like a whole lot of swearing, Wasted Space. For sure. And my Star Wars work, of course, which is being collected into one book this summer [Star Wars Adventure: Volume 6: Flight Of The Falcon, out July 23rd]. Roche Limit is a comic series I did with Image a few years back. It’s a bit noir, but very much sci-fi, thoroughly. 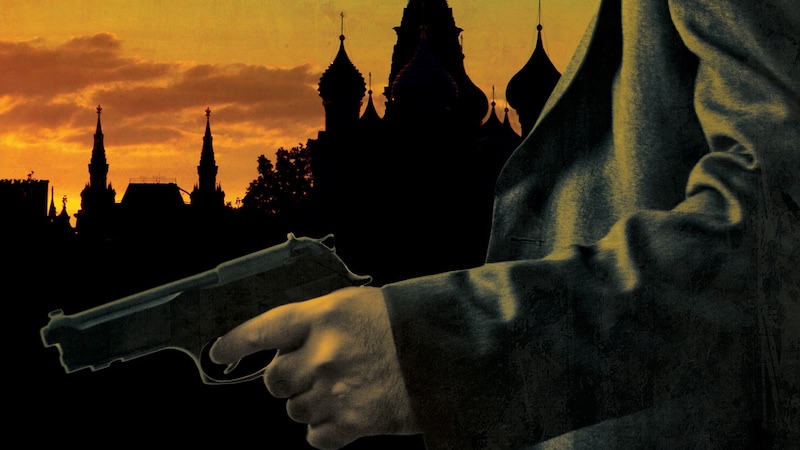 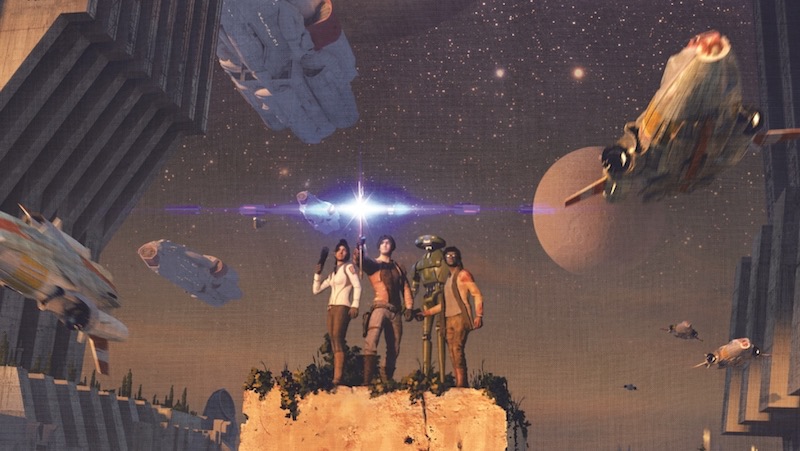