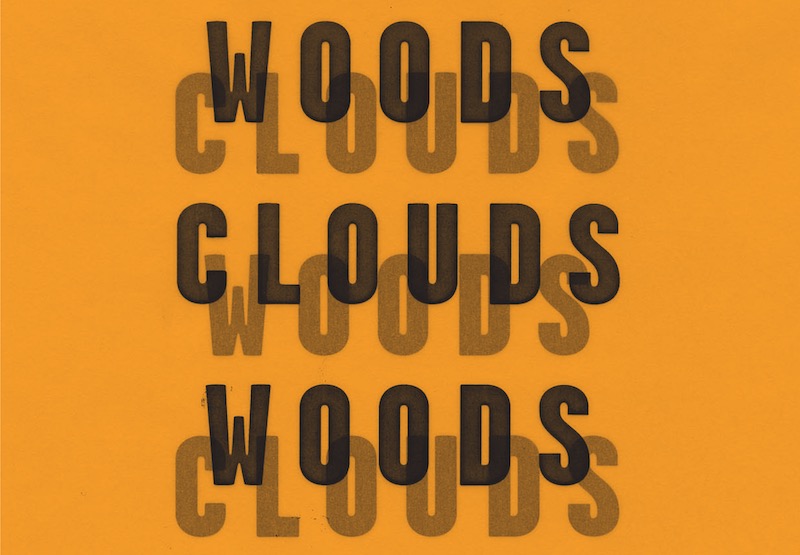 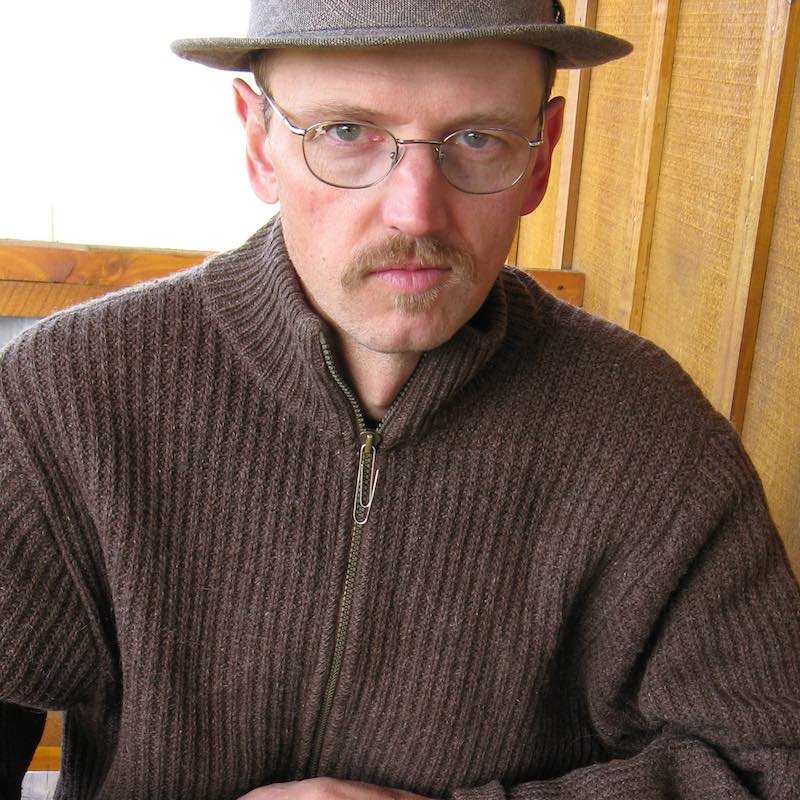 To start, is there a common theme to the poems in Woods And Clouds Interchangeable? Are they all about someone you love, someone you lost, a really good burrito you ate that one time, what?

Yes, they are all about good burritos I love.

Oh. So then how did you decide what to include? Like, is it just that these are the newest poems of yours that you like?

Yes, I’d say these are the newest poems of mine that I like. After the door closed on the last collection, Talkativeness, and I could no longer add poems to that manuscript because it was moving into production, I opened a new folder on the computer and all new poems went there. Time passes. Poems get written. There is no theme, no real structure, I just keep living and writing poems and putting them into the folder. As far as trying to organize, to give shape, to think of it all as a potential book— for me that comes much later.

In a similar vein, what kind of poetry are the pieces Woods And Clouds Interchangeable in terms of form, and why did you feel this was the best one to express yourself?

There are basically three different things going on in this new book: standard (titled) poems of varying lengths, styles, and mindsets; the WHO WAS poems, where I attempt to explain dead people and horses and puppets to a child; and a long poem called “Briskly Jerked Rugs” which sits at the end of the book and is made up of twenty, twelve-line sections. Originally I thought the WHO WAS poems might become a chapbook, then I thought they’d be in the book but have their own section, and eventually I arrived at the current situation, which has them spread out throughout the book, landing every fourth poem. I’m not sure it ever comes down, though, to searching for the best way to express myself. And the “theme” is that they’re all written by the same person.

These WHO WAS poems are intentionally breezy, biographical entries/attempts, typically kicked-off by some “fact,” or handful of “facts,” found in either my 1976 Encyclopedia Britannica books or on Wikipedia. The research, if you can call it that, was usually (not always) kept to a minimum. The idea was to get the basic gist of a person — a person who lived way before the dawn of social media — and then to proceed heedlessly on greased rails, allowing the imagination to take over and drive the subjects into new closets. My encyclopedia from the ’70s has an entry on Mick Jagger but not Simone Weil. And the entry for Pontius Pilate was so short and so mysteriously vague it just stunned me. Who really wereall these people? And who were these people writing about them? My hope here is that I’ve cleared it all up.

How about such non-literary influences as song lyrics or visuals art; did any of that stuff have an influence on the poems in Woods And Clouds Interchangeable?

Poets are sponges. All artists are sponges but I think poets are particularly spongy. I’m constantly listening to music and watching films and looking at art and reading things and eavesdropping on conversations, etc., and it’s hard to point to any one thing — any one obvious influence — at work here.

Now, The Believer said you were, “Quite possibly the funniest poet writing today.” Who do you see as being the biggest influences on your comedic sensibilities?

I’ve probably said this before somewhere, or something similar to this, but I have to tip my hat to Monty Python, George Carlin, Peter Sellers, to name just a few…even Benny Hill, do you remember Benny Hill?

As a kid I watched all this and more on TV. We had HBO and I remember watching George Carlin when I wasn’t supposed to. Probably a lot of his comedy went over my head, but not all. Even if I didn’t get it all I could tell he was so fucking funny. And so dry. The way he’d say something and wait, staring at the ceiling. Anyway, it’s hard to know exactly what I was thinking back then, because I’ve since had so much time to process, if that makes sense. This reminds me of people who say they have memories from when they were two. I’m never sure what I actually remember vs. the family stories I was told as time rolled on. Later in life when I’d return to George Carlin I was able to also see how much he loved tackling language. He’s like an angry linguistics professor, always analyzing who we were based on what came out of our mouths. But I’m sure that’s not what I was thinking back then.

No, no rule like that. Sometimes a poem is done — never touched again — when it’s taken somewhere, and sometimes it ends up being a draft. And occasionally I just completely junk something that’s been published, it doesn’t make it into a book. Or it’s taken apart and used for parts. I definitely don’t see a published poem as being carved in stone, though once they land in a book I don’t typically mess with them much.

Now, back when I wrote poetry, I would do open mics, and sometimes this would prompt me to make changes in the poems I read. Do you do that as well?

Yes, I definitely pay attention to how poems are received at readings, it’s hard not to. Sometimes I read something I’m sort of lukewarm about only to hear from different people how it was their favorite thing I read that night. For example, I remember reading a poem one night about a man in a dark bedroom trying to look out his window at an owl on a post on the hill. I thought there was maybe something a little maudlin about all this but people kept asking about it like I hadn’t read anything else. I think sometimes we love it when things get a little maudlin. And sometimes poems don’t go over very well at readings but they’re still, for some reason, among my favorites. I don’t want to flag those here though. I want you to find those lemons on your own. 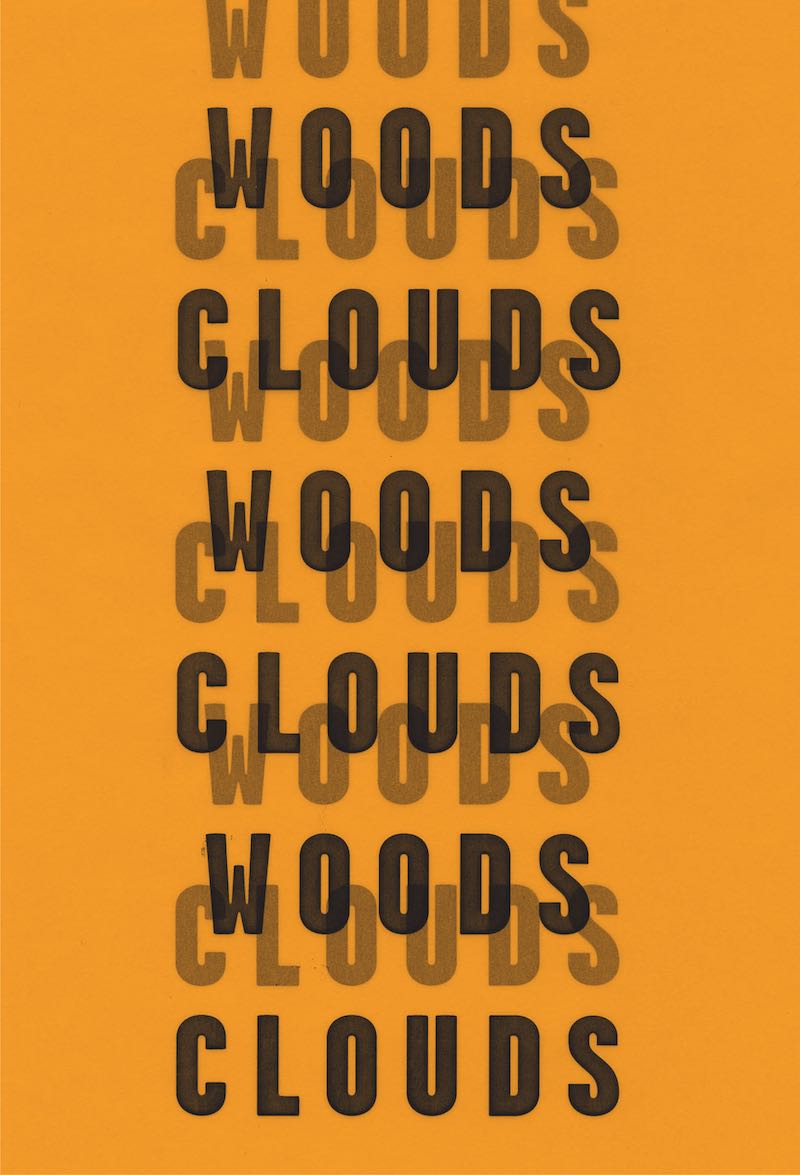 Finally, if someone enjoys Woods And Clouds Interchangeable, what poetry books of someone else’s would you suggest they read next?

Maybe try Joe Fletcher’s The Hatch. This book came out about a year ago. I noticed it’s classified as “horror poetry,” and yes it’s (at times) darkly stuffed with the macabre, but don’t let that slit your throat in a lawn shed. The book’s loaded with intense imagery, pulling you along on its groaning conveyor belt; you’ll see and hear things you won’t quickly forget. 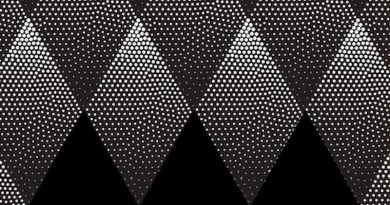 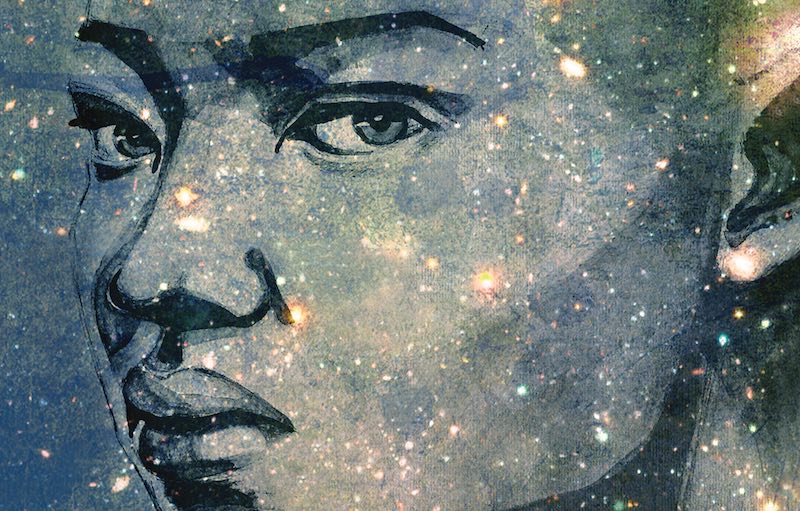 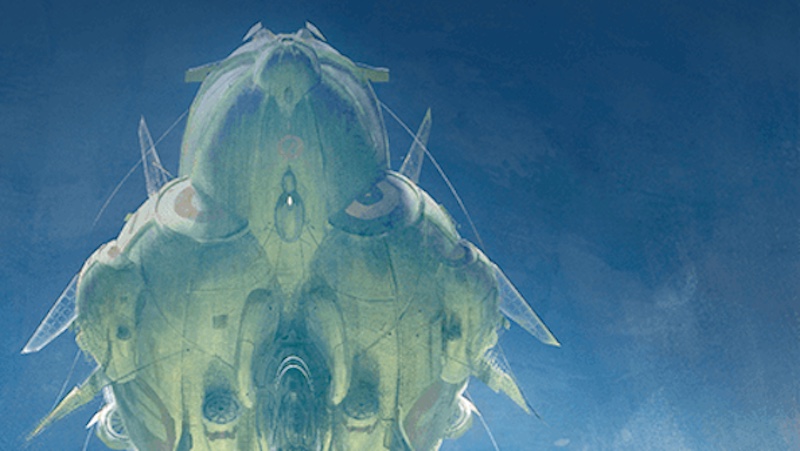