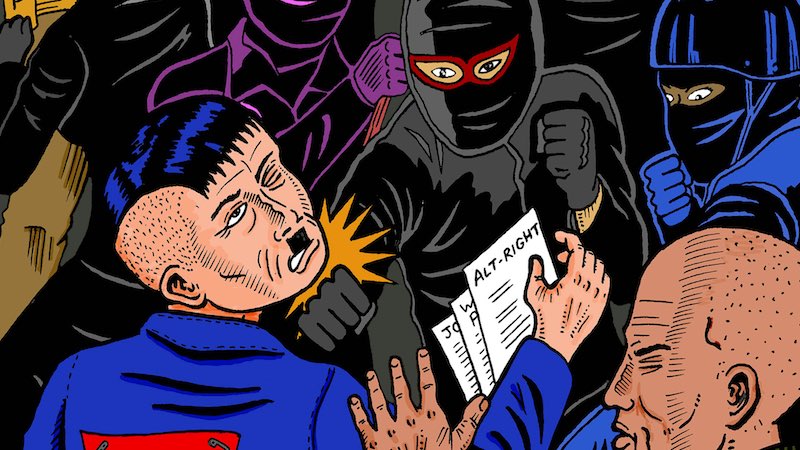 At a time when some aim the word “fascist” at other people too freely, while others use “antifa” as a slur, we may need a refresher course on what those words means, the ideas behind them, and their historical significance. Enter The Antifa Comic Book: 100 Years Of Fascism And Antifa Movements (paperback, Kindle), a new non-fiction graphic novel history book by writer and artist Gord Hill. In the following email interview, Hill discusses the origins of this book, his approach to the subject, and whether he would ever want to tackle this subject in a more fictional way. 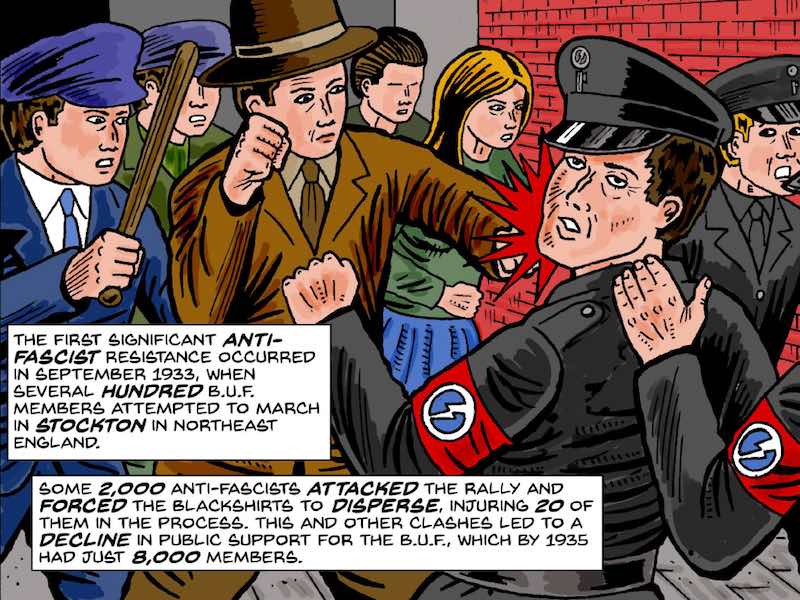 This seems like an obvious question, but what is The Antifa Comic Book about?

The book is a graphic history of fascist and anti-fascist movements over the past hundred years, beginning with Fascist Italy and ending with the rise of the Alt-Right and the Trump regime in the United States.

The Antifa Comic Book is structured in such a way that different fascist movements and groups each have their own section. Why did you feel this was the best approach to take?

One thing that struck me about The Antifa Comic Book is its brevity. The whole book is only 128 pages long, and each entry is only a few pages. Why did you feel it was beneficial for each entry to be brief, and for the whole book to then be relatively brief as well?

I kept most of the chapters fairly brief as the book is intended as a broad overview of fascist and anti-fascist movements, though I did devote more pages to the cases of Fascist Italy and Nazi Germany due to their historical importance and influence over most fascist movements that arose after. And because there are so many different fascist movements over the last century, I had to focus my efforts on those that were most relevant in some way to the North American context, which is my main audience.

Another reason for the brevity of the entire book is that I had a fairly short time in which to complete it.

The Antifa Comic Book includes an interesting forward by Mark Bray, who wrote Antifa: The Anti-Fascist Handbook. This also seems like an obvious question, but why did you ask him to write the forward?

He was obviously sympathetic to the anti-fascist resistance, had knowledge of the history of fascist movements, and had recently published his own book, so he seemed like a logical choice. 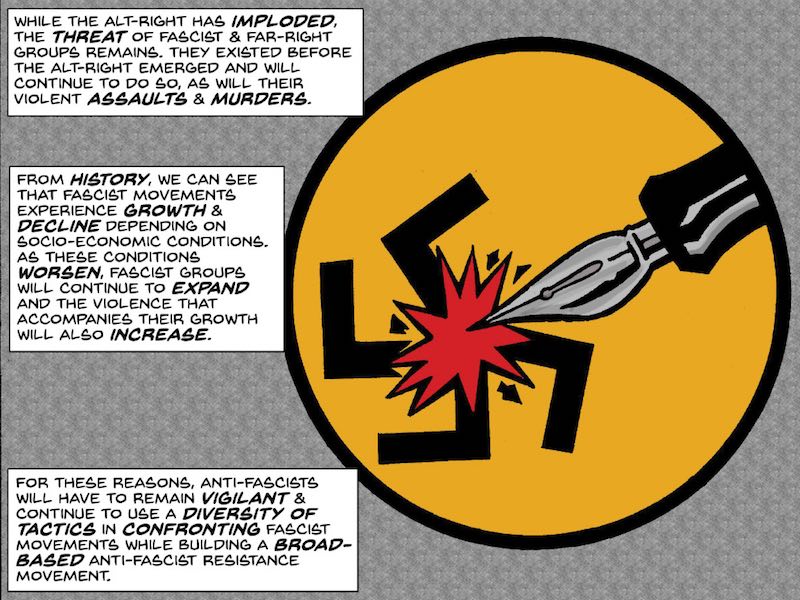 Did you ever consider asking him to write The Antifa Comic Book, or maybe co-write it?

No, mostly because of the limited time I had to do the book. So the very idea of getting another person to write the book, or script, never even occurred to me. I would have given that serious consideration if I’d had more time.

So do you see The Antifa Comic Book as a companion to his book, Antifa: The Anti-Fascist Handbook? Or is it a case of if you’ve read one you don’t need to read the other?

I would say it’s a companion piece, for sure. The books are pretty different: one is a graphic novel and the other is a text book. The comic book is a historical account of various fascist and antifa movements, while Bray’s book includes a brief history of these but also offers analysis and ideas for action, etc. I think Bray’s book is also a little more focused on contemporary fascist and far right movements.

While the term “Antifa” has been embraced by liberals, conservatives have demonized it. Are you at all worried that calling this book The Antifa Comic Book — as opposed to Fascism: A Comic Book History or something else — that your book may also be demonized and thus may not get to the people who need it most?

I consider the title Antifa to be a positive one, and one that I think should be promoted as much as possible. Antifa has a proud history of anti-fascist resistance, and that was something I wanted to honor and celebrate in the book as well.

As for those who are opposed to Antifa and who seek to demonize it, this book is not meant for them. It is meant for anti-fascists and the general public.

Mostly in terms of art. I did more studying of comic and graphic art for this book, so I think that made a big difference and had a big impact. I also learned how to do lettering and coloring on the computer, so that also had a big impact. 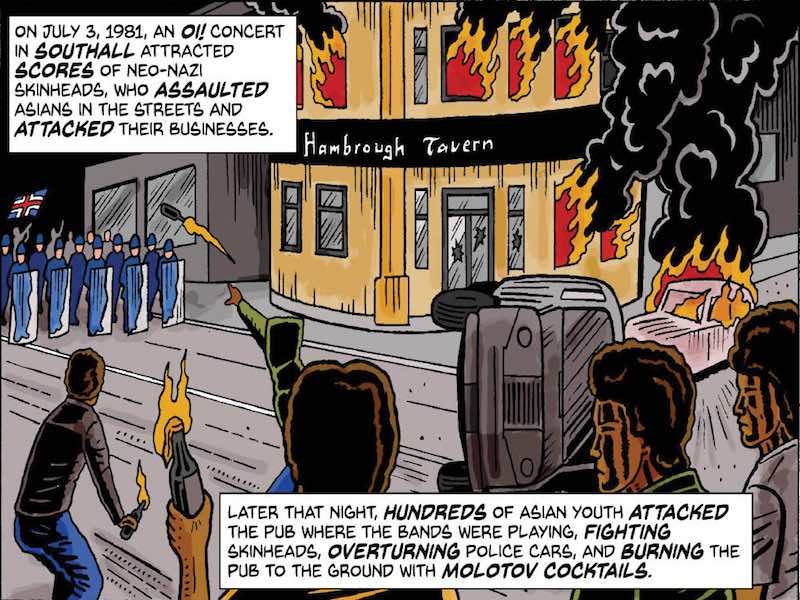 Yes, definitely. I wish I could go back and redo the 500 Years Of Resistance Comic Book with the skills I have now, I think I could do a much better job and also update it…

The Antifa Comic Book is not the first time someone has famous tackled fascism in a comic book. Captain America famously made his 1940 debut by punching Hitler in the face. Have you given any thought, or even been asked, to write something like that, a fictional story about fascism?

No, I never thought about it. I don’t read much fiction and never write fictional stories.

That makes my next question kind of moot, but I’ll ask it anyway: If you could write and draw any superhero comic — and yes, have it tackle the subject of fascism — which superhero would you be most interested in writing and drawing?

I would say the Black Panther because I like the character and because it was created by Jack Kirby, who himself was an anti-fascist.

And would you want to make it about fascism, or something equally political or social, or would you just want to write a fun action-packed adventure?

At this point, after doing three historical/documentary type comics, I’d actually like to do an action/adventure type comic. Something like Conan, some type of sword and fantasy comic, mainly because I think it would allow a lot more creativity and just be a lot of fun to do. One idea I’ve had for a while is writing and drawing a comic based on my indigenous ancestry, perhaps about a warrior making his way across a world populated by supernatural creatures and monsters, etc.

Now, as you know, comic books are occasionally made into movies and, TV shows. Has there been any interest in doing this with The Antifa Comic Book?

No, I haven’t heard about any interest in making a movie or show about the comic. 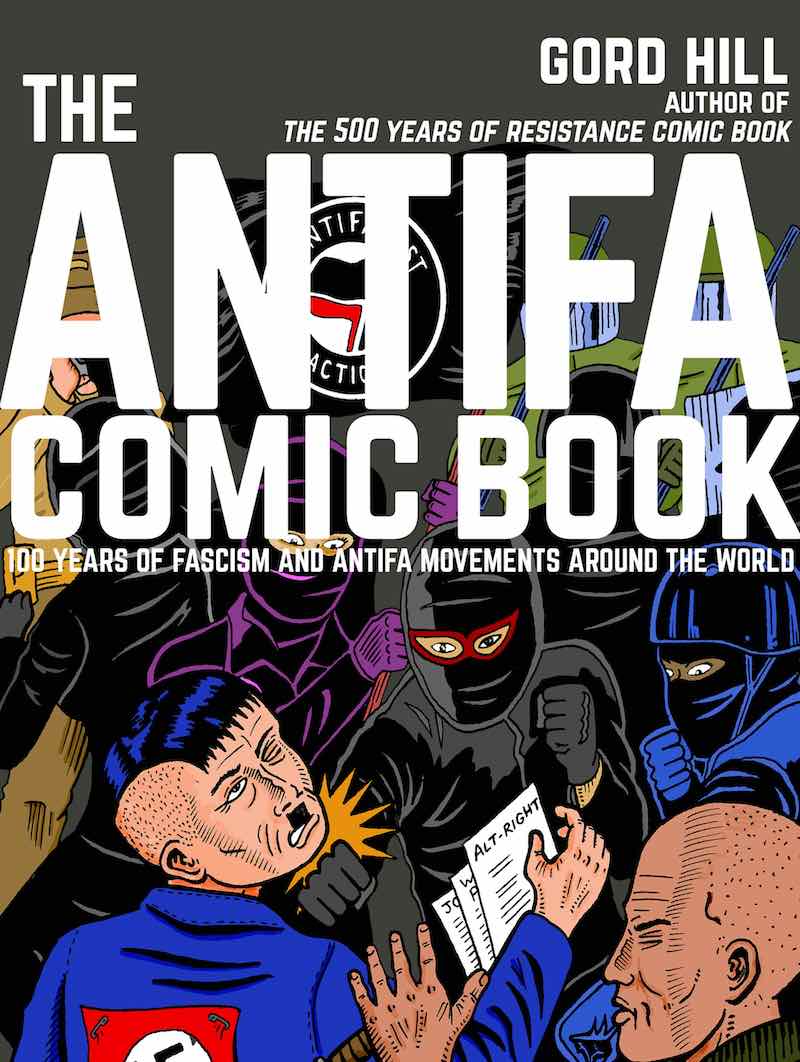 Finally, if someone enjoys The Antifa Comic Book, what nonfiction comic book of someone else’s would you suggest they read?

Perhaps Berlin, by Jason Lutes because it portrays life in Berlin during the Weimar Republic of the 1920s up until 1933 and the beginning of Nazi rule. 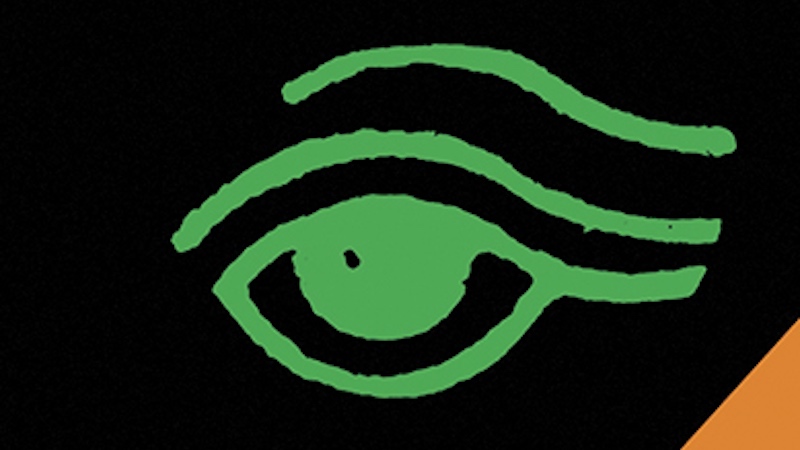 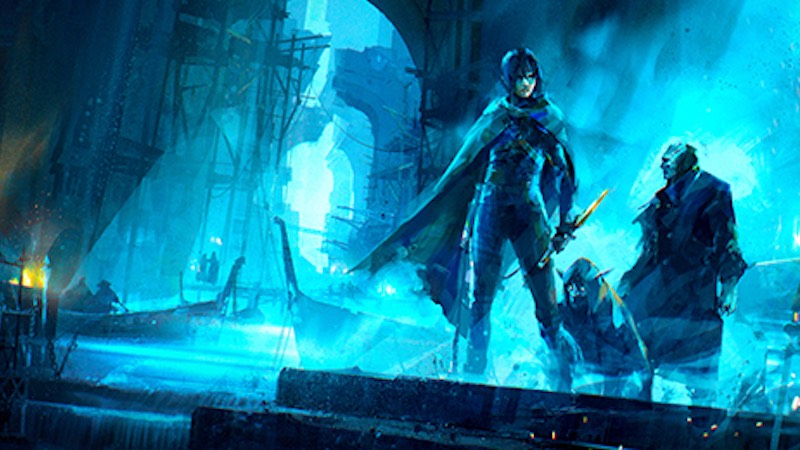 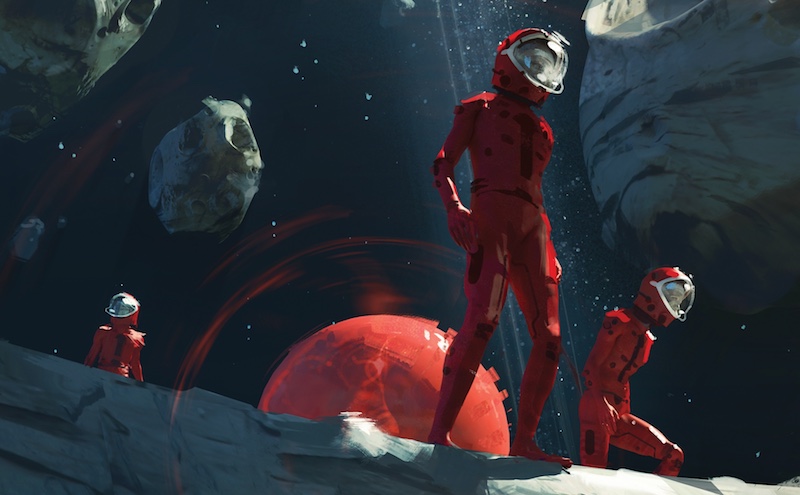