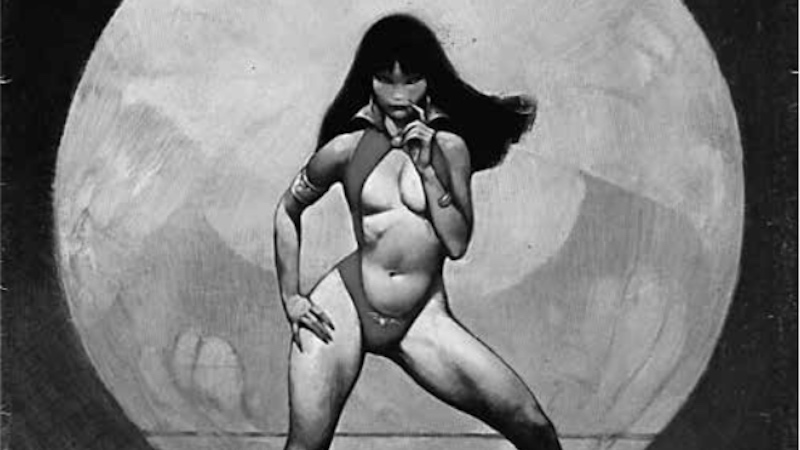 Back before the Internet became a thing, horror fans had to pick up such magazines as Famous Monsters Of Filmland to know which scary movies were coming to a theater near them. And if Filmland was his only contribution to pop culture, then publisher James Warren would still be deserving of a biography. But it wasn’t. In James Warren: Empire Of Monsters (hardcover), veteran pop culture writer Bill Schelly explores and explains the life of the man who not only gave horror fans all the news that he could print, but also the horror comics Creepy andEerie, and the vampire superhero Vampirella. 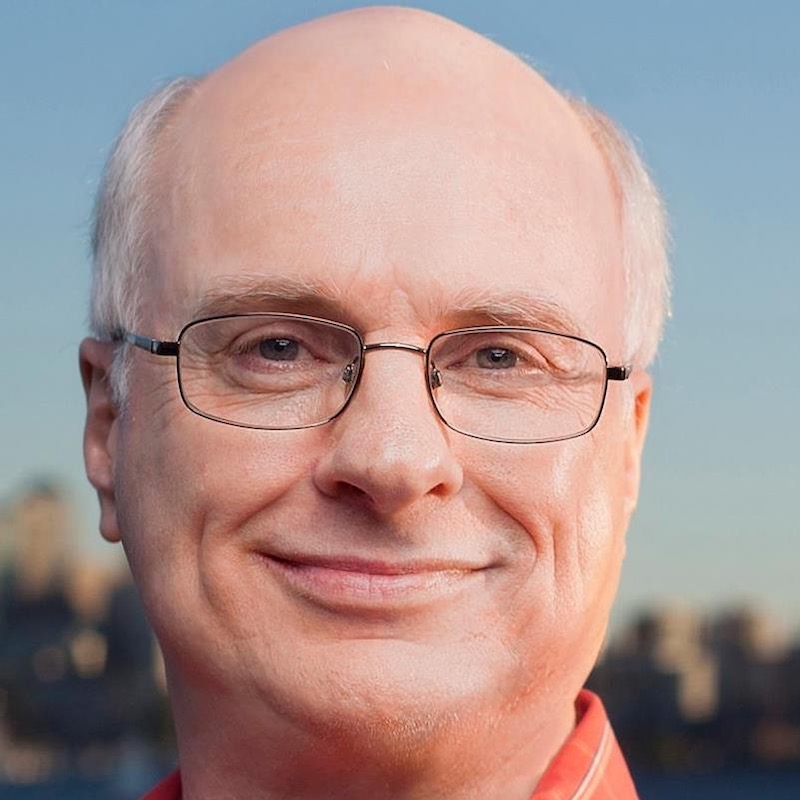 To start, what is James Warren: Empire Of Monsters about? I know it’s a biography, but does it cover his whole life, just one part…what?

James Warren was a publisher of Famous Monsters Of Filmland, Creepy, Eerie, and Vampirella over a period from 1958 to 1982. My book covers his whole life, but mostly concentrates on his twenty-five years as a publisher. I did include material about his early life, and what he’s been doing since his company went out of business.

Whose idea was this book?

It was my own idea, because I was a fan of the Warren magazines as a teenager. Writing a book takes about two years out of my life, from start to finish, so it has to be about someone who interests me, and who I feel is worth my time as a writer. Warren’s magazines — especially those that published comics stories — were an important bridge between the mainstream comic books of late 1950s, when the Comics Code effectively neutered them, and the graphic novels and other comics geared to older readers that came in the 1980s. Warren could do this because he used the magazine format, which didn’t fall under the scope of the Comics Code. Even if his magazine’s published horror stories, they were often adapted from respected writers such as Edgar Allan Poe, and were geared toward older teenagers and adults. Top artists wanted to work for Warren, so the magazines were generally well written, well drawn, and uncensored. Of course, they were still acceptable to a mass audience. There was little gore and just a smidgen of nudity. But compared to the comics from DC and Marvel, they were more adult and published a great deal of excellent material.

Biographies can take a lot of different approaches. Some are academic, some are informative but also light-hearted, and so on. What approach did you take with James Warren: Empire Of Monsters and why did you feel it was the right one for this book?

I wanted it to be informative but also entertaining and readable. It’s not an academic book, it’s the kind of book that takes you into Jim Warren’s life, and you see what he was like as a publisher and as a person. There are a lot of humorous anecdotes, and there’s also material about the publishing business back then, and why his magazines were so popular and successful.

Similarly, biographies can employ different structures, such as an oral history format. Which did you employ in James Warren: Empire Of Monsters and why did you feel this would be best way to explain Mr. Warren’s life?

I use pretty much the same structure for all my biographies. I start at the beginning, and tell the subject’s life story sort of like a novel. You see how early parts of his life affected the kind of person he became, you experience his highs and lows, and it brings you up to the present. 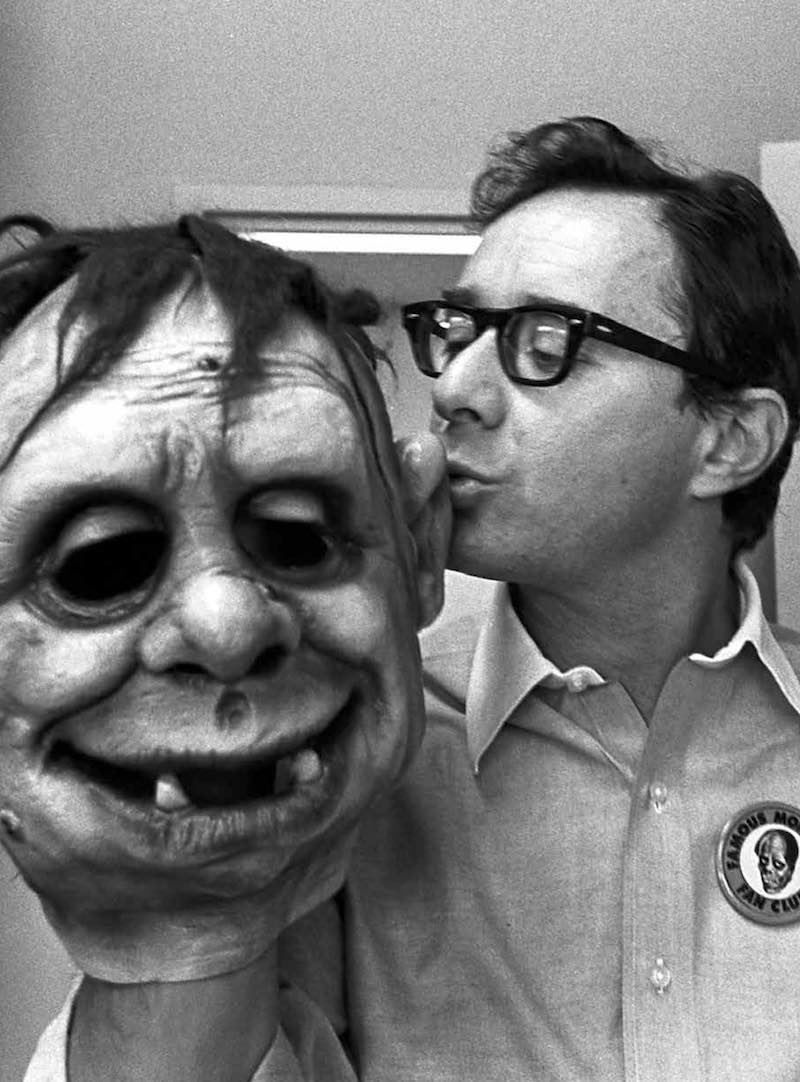 I don’t know if this exactly answers your question, but one thing that’s different about this book is that Warren was a publisher. Previously, I’ve written about comic book writers and artists, and also a silent film star with my Harry Langdon biography [Harry Langdon: His Life And Films]. But a publisher’s concerns and world are very different than those of an artist or writer. He or she has to deal with market forces, financial matters, the overall design of his products, and so on. Writing about Warren world was a challenge. The only book that I’ve read that’s somewhat similar is Mr. Playboy: Hugh Hefner And The American Dream by Steven Watts, because Hefner was also a publisher.

One of the biographies you’ve written is your own, the autobiography Sense Of Wonder, My Life In Comic Fandom: The Whole Story. Did you write them at the same time or concurrently?

I was researching the Warren book while I was writing Sense Of Wonder.

So then did writing Sense Of Wonder so close to James Warren: Empire Of Monsters influence anything about the latter book?

I don’t think one influenced the other. But Sense Of Wonder does recount how I met James Warren at the 1973 New York Comic Art convention. He was very nice to me.

Which leads me to my next question: Unlike some biographies, your subject, James Warren, is still alive. Were you able to speak to him for this book?

I interviewed Warren when I was writing my book Harvey Kurtzman, The Man Who Created Mad, since he published another Kurtzman magazine called Help! in the early 1960s. But when I approached him about writing his biography, he said he was working on his own memoir so he wouldn’t help me.

When you first learned Mr. Warren wasn’t going to help you, did you consider not writing your book?

I might have dropped the idea, except a lot of great material came into my hands. My publisher, Gary Groth [of Fantagraphics Books], had interviewed him twice, at length — once in 1975 and again in 1998 — and those interviews had never been published. Gary gave them to me for this book. Gary also had unpublished interviews that he’d done twenty years ago with lots of Warren’s writers and artists, some of them no longer with us. So my book has a lot of material that has never been known before, and lots of words from Warren’s own mouth that have never been published before.

There’s something else. Autobiographies, which Warren planned to do, are very different than biographies by an outside author. I prefer biographies, because they can deal with their subject “warts and all.” Autobiographies tend to put forward an image that the writer wants people to have. They can have a lot of myth-making, and leave out unflattering, important aspects of the person’s life. Warren’s longtime friend Barton Banks said to me, “Half of everything Jim Warren says is absolutely true.” I wanted to write a factual book. 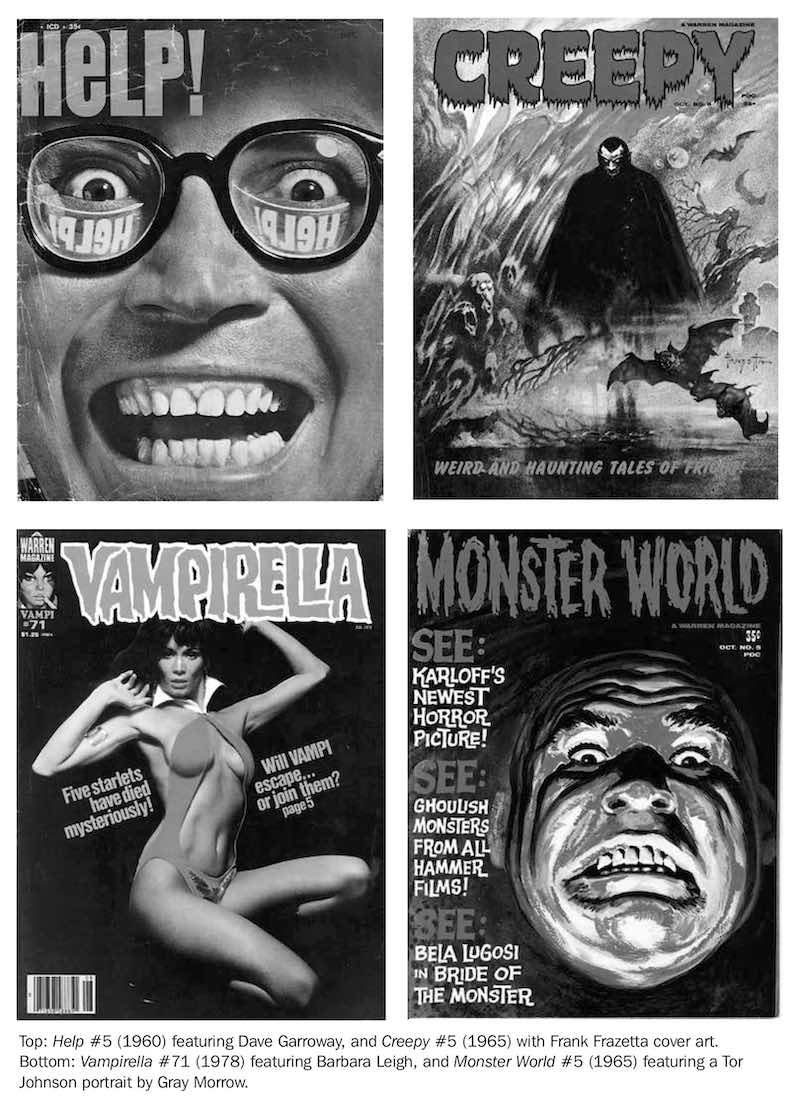 Warren’s influence is still being felt today. Did you also talk to people who are fans of Warren’s work, or maybe the people who work on Vampirella these days?

I mostly concentrated on talking to people who either worked for Jim Warren or knew him in his personal life. I drew from interviews with people such as Frank Frazetta, Alex Toth, Harvey Kurtzman, Gloria Steinem, Arnold Roth, Sam Sherman, Bill DuBay, Louise Simonson, Bruce Jones, and many, many others. For those who have passed away, I consulted old interviews. For those who are still around, I talked to them while researching the book. In either case, I was getting firsthand accounts, because they were there. So the book has a sense of authenticity which is important.

Yeah, the Gloria Steinem thing surprised me, as did the fact that Terry Gilliam from Monty Python also worked for Warren as well [both were editorial assistants in the 1960s]. Did either of them, or any of the other people who worked with him, tell you anything that either really surprised you or just made you laugh?

You’ll have to forgive me, I would rather reserve the anecdotes for people who pick up the book. But James Warren is an eccentric individual. There are a lot of funny anecdotes in the book. It seemed like everyone had their own Warren incident to recount. He was very spontaneous, and would often tell his protege Sam Sherman, “Put on your coat. We’re going out.” Sam got to meet all kinds of “New York characters,” and had a lot of amusing tales to tell.

In writing James Warren: Empire Of Monsters, I assume you read some of the magazines and comics that Mr. Warren published over the years. In doing so, did you end up becoming a fan of anything you hadn’t read before?

Yes! I had long appreciated the early issues of Creepy and Eerie that were edited and largely written by Archie Goodwin. The issues from 1965 to 1967, with the superb Frazetta covers, are considered the “golden age” of Warren. Then, his magazines went through a downturn, for a lot of complicated reasons. But they came roaring back in the 1970s. Before I wrote this book, I wasn’t aware how very good Creepy, Eerie, and Vampirella were from 1972 to 1979. I decided it would be accurate to call those years the “silver age” of Warren. You had great writers like Bruce Jones and Jim Stenstrum, as well as fantastic artists like Russ Heath, Bernie Wrightson, and Carmine Infantino, plus numerous amazing craftsman from Spain. In general, the stories in that period were more sophisticated and adult.

Now, last year, Alec Nevala-Lee wrote Astounding: John W. Campbell, Isaac Asimov, Robert A. Heinlein, L. Ron Hubbard, And The Golden Age Of Science Fiction. In it, he talked about racism and sexism as they related to Campbell, Asimov, Heinlein, and Hubbard. Given that those were still issues when Warren was publishing his books, did you touch upon those subjects as well in James Warren: Empire Of Monsters?

In terms of what was going on in his personal life, I didn’t find stories of Warren being sexist or racist. Of course, Warren gave Gloria Steinem her first job in publishing and was in favor of women’s rights in a generally liberal sense. He was against the Viet Nam war. His comics were in tune with the times, so I didn’t feel the need to analyze them or criticize them for things that wouldn’t be acceptable today. Except in one case: Warren’s science fiction magazine 1984, which was totally run by his editor Bill DuBay, and was produced out of DuBay’s studio in Connecticut. The stories in1984 are loaded with sexism, homophobia, racism — every bad thing you can think of. Warren wasn’t involved in the magazine, but he never should have published it. It’s the one really dark stain on his publishing record, and it’s definitely discussed in the book. 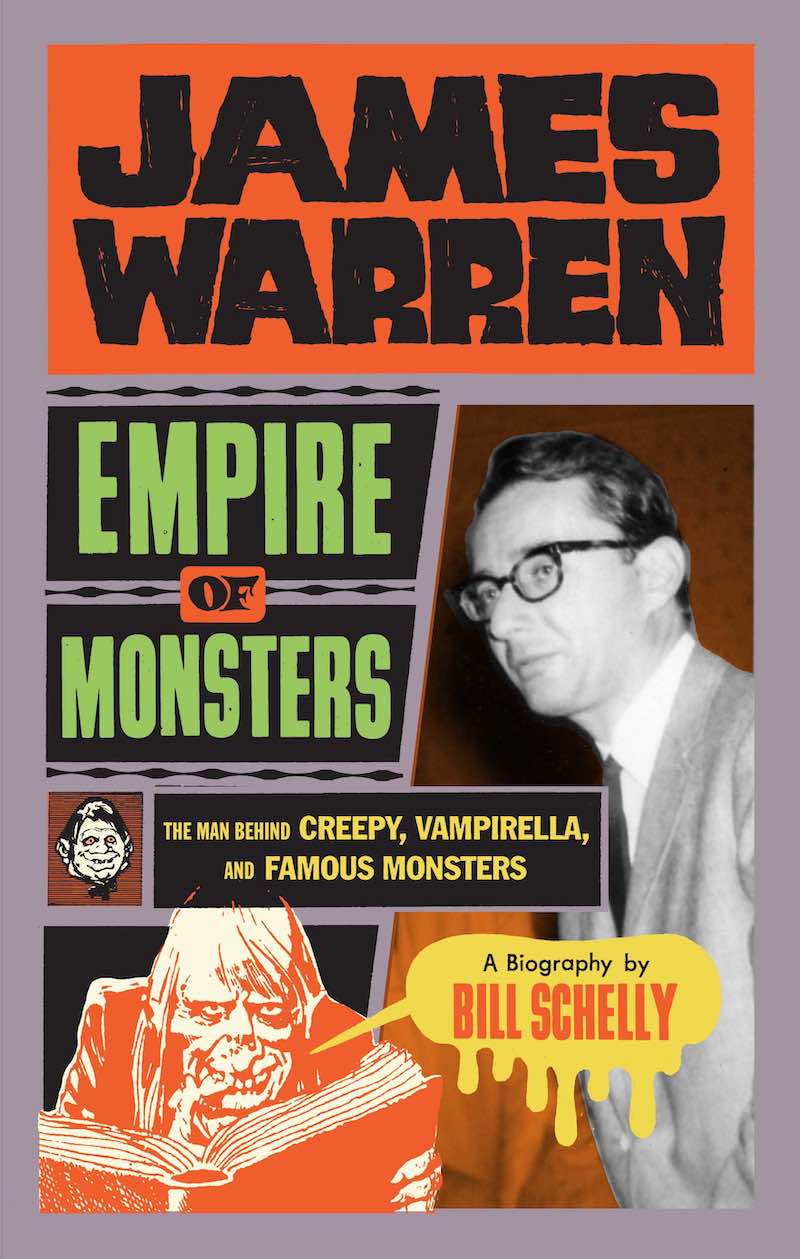 Finally, if someone enjoys James Warren: Empire Of Monsters, which of your other biographies would you suggest they read next and why that one?

I’ve written biographies of Harry Langdon, Otto Binder, Joe Kubert, L. B. Cole, Harvey Kurtzman, John Stanley and now Jim Warren. It just depends what someone is interested in. My Kubert biography, called Man Of Rock, is about comics and is roughly the same length as the Warren book. I think Harvey Kurtzman, The Man Who Created Mad is my best. It won a Will Eisner Comics Industry Award in 2016. 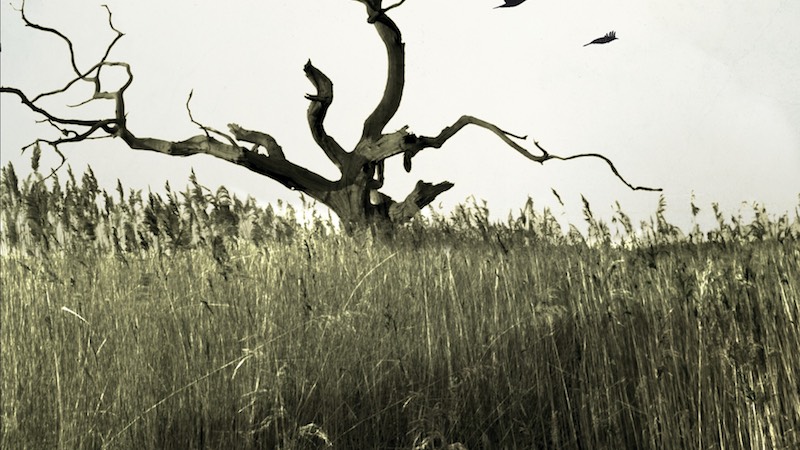 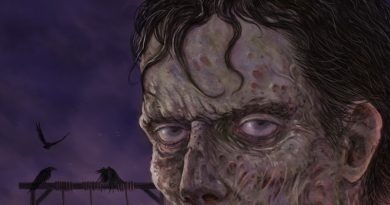 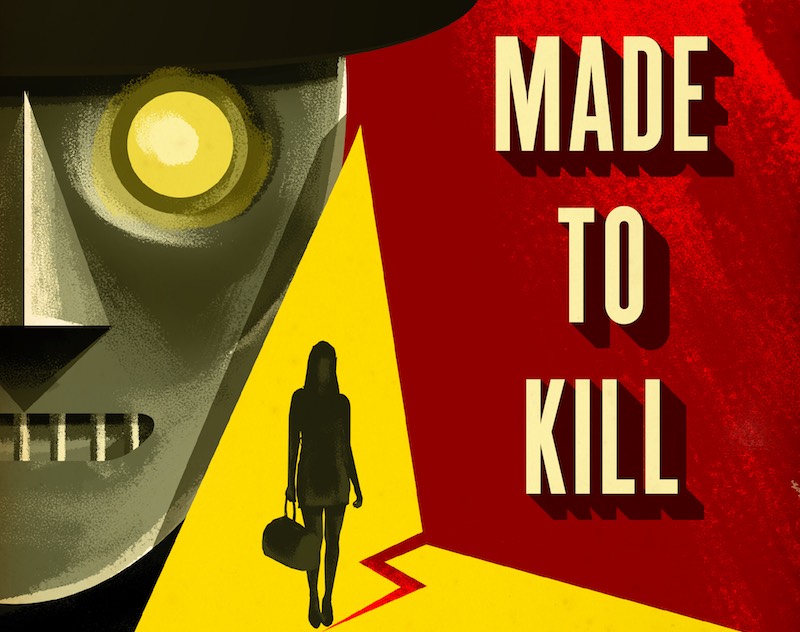