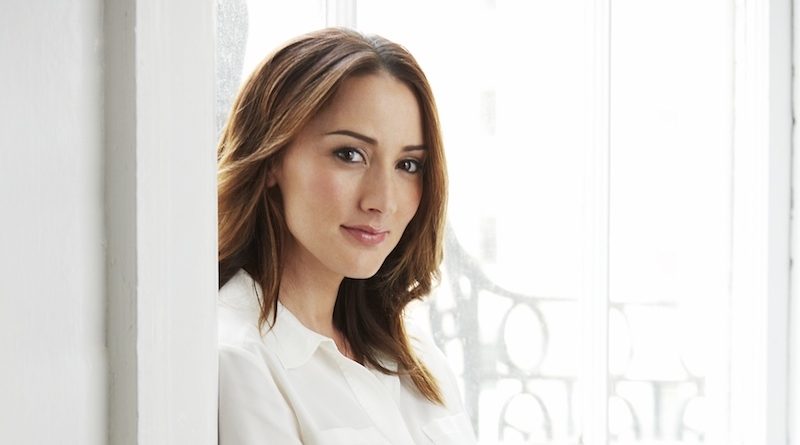 For years, actress Bree Turner was known as “that girl from Deuce Bigalow: Male Gigolo” or “the cheerleader in Bring It On Again” or “Whatshername from that movie The Ugly Truth. No, not that one the other one.” But all that changed two years ago when she landed the role of Rosalee Calvert on the fantasy flavored drama Grimm. Originally hired for a five episode stint at the end of the first season, both Bree and Rosalee were so embraced by fans of the show that she was upgraded to one of the show’s stars before the season even ended.

With the third season of Grimm about to end, and a fourth already in the planning stages, I spoke to Bree about her upgrade, the impact the show has had on her career, and why she took what has becoming a pivotal role in her career. 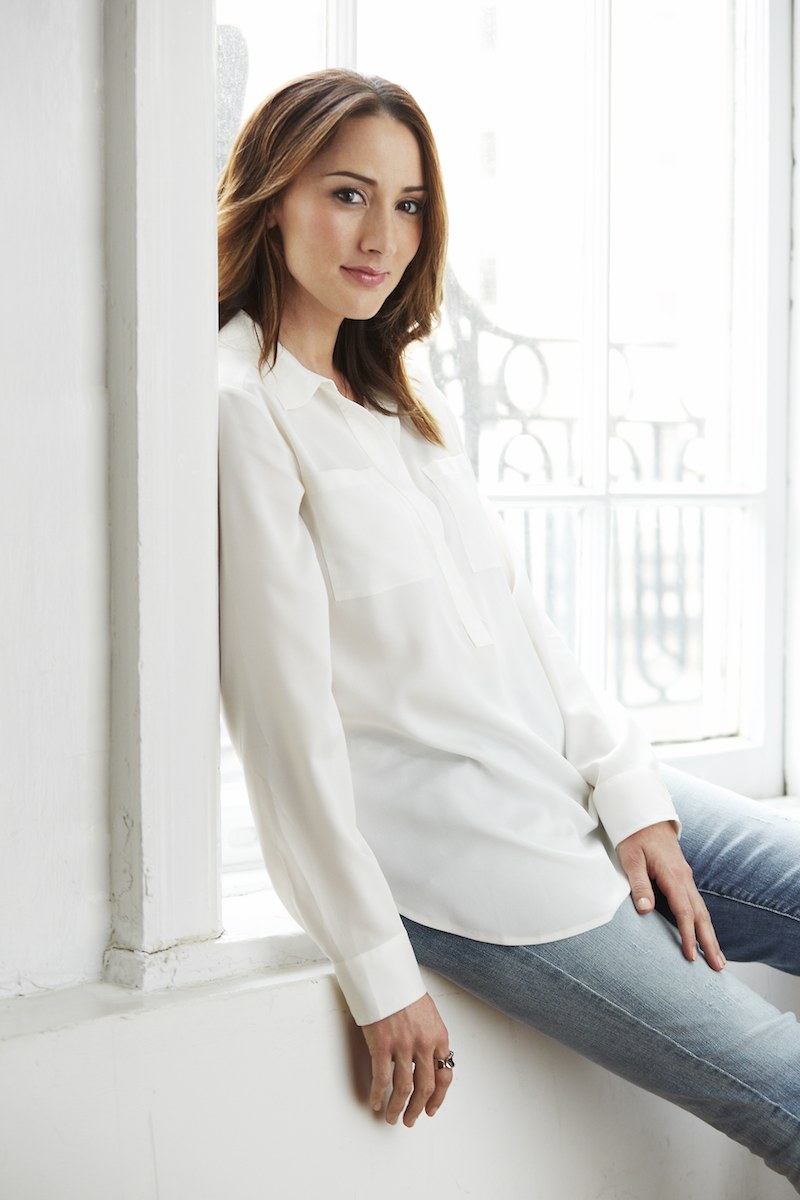 I’ve always known you to be a bit of a geek. I mean, the first time I interviewed you was for a video game magazine back in 2000 or something. And Grimm is a show with geeky roots. Is that what drew you to this show?

Absolutely. When I was offered the job, it was for a five episode arc, and it was a bit of a commitment. I had to come up here [to Portland] and leave Los Angeles for two and a half months, and Stella [her daughter] was still a baby, so that was a big decision even to come up here and do that. And I hadn’t had the chance to see the show before auditioning. But then, after I got it, but before I said “yes,” I quickly binged on the first three episodes. And the pilot is one of the best pilots I’ve ever seen. It still is. Just the point of view of the creators, Jim [Kouf] and David [Greenwalt], they know exactly the world they’re creating, the point of view is so clear, and it is so engaging and special and like nothing else I’d seen. So I completely geeked out when I saw the pilot and was like, “I’m done, I’m done, I’m in.” I didn’t even need to see anything else. These are my people making this show. And they’re all beautiful, beautiful geeks.

Does that mean that when you went to Comic-Con for the Grimm panel in 2013 that you blew both of your kids’ college funds, or just one of them?

Did you actually get to walk around when you went?

No. It’s a bit of a bummer, in that way. We always start shooting the week before Comic-Con, so we basically work until we have to jump on a plane to fly down and do our panel. But I would love to go a few days early and walk around and be a fan. I just haven’t had the chance. We end up feeling like Obama. We get shuttled there in big, black Escalades which park underground, and have to take the catering elevators, and have security. You feel real legit at Comic-Con. But I wish we could geek out a little more with everyone else.

As you said, you were originally brought in to just do five episodes, but they brought you back and now you’re one of the stars. As someone who’s been at this acting thing for a bit, when you got that upgrade, was that gratifying or was it a bit scary because, “Oh crap, now I’m going to have to move, and just do this one thing for the foreseeable future”?

Yeah, it’s not a trivial decision at all. But I was incredibly flattered and honored to get the pick-up to regular cast member because it was not part of the original deal. I actually think it was kind of a trial run. How is my chemistry with Silas [Weir Mitchell, who plays Monroe, Rosalee’s fiancée]? How is my chemistry with the rest of the cast? And you never know what’s going to happen when you join an ensemble at the end of their first season. It was scary for them, and it was scary for me. But I love the show, it feels like what I’m supposed to be doing with my life, so when they asked, I was excited to say “yes.” 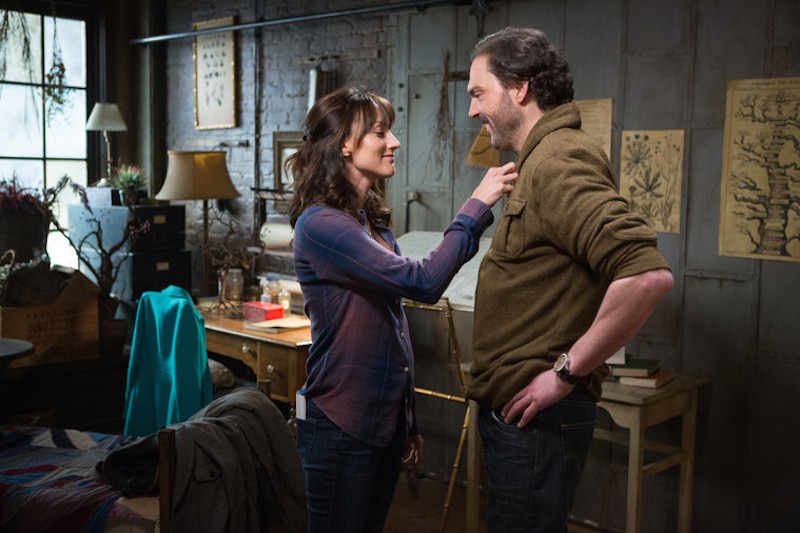 Now, I have a husband and two kids…actually, I had a husband, a kid, and had just gotten pregnant with my second kid when this happed. So my chest got heavy for a second. “Oh, no, what am I doing?” But that’s part of being an actor, you live a gypsy life, that’s just part of the gig, so you have to be up for it.

You said earlier that you think the five episodes were a trial run for something bigger.

I think it was an experiment as to how the fans received me. I could’ve easily have been rejected because Monroe is such a fan-favorite that for him to suddenly have this girlfriend, I could’ve very easily been rejected. But I wasn’t, which was just even more validation that this was meant to be. But there were no promises made. Especially in episodic television, you can get killed off at any moment.

You’ve done tons of movies and TV shows, but I think it’s safe to say that this is the biggest thing you’ve done. What impact has the success of Grimm had on your career. Are you getting more movie offers, are people bothering you at the supermarket?

Well, up here in Portland we’re kind of in a special little bubble. The city is very supportive of the show, it’s a very harmonious relationship. Well, except when we take up too many parking spots. But while people are always excited to see us, it’s usually in a cool, normal way. “Good job, I love the show.” It feels very organic and natural and supportive, which is very special.

But it’s also interesting because I’ve never been part of a steam engine like this, where it’s just keeps picking up speed and the momentum is not slowing down. Most of my big jobs have been movies, and when you do a movie, you shoot it, it comes out, and it’s over. But this is totally different.

I also feel like I can relax for the first time in my career. I feel like my whole career has been about the hustle, the hustle, the hustle. Got to get to the next job, got to get to the next job, can’t really relax, can’t really celebrate, because you’re always going to be unemployed again. And that’s just the mentality of being a working actor. But this has been such a gift for me because I know that I have a job, which is an amazing feeling. I know I’m going to have a job until April of 2015. I know I’ll have a job, at least until then, and that feels great. 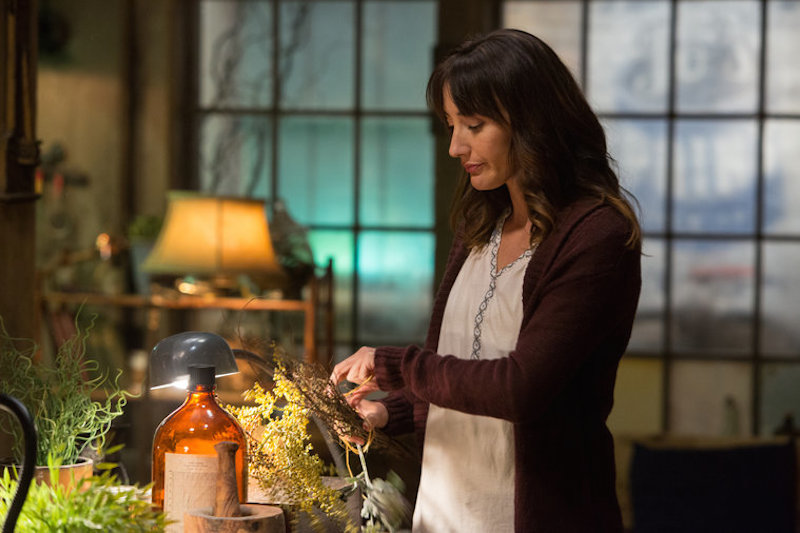 But have you noticed a change in the kinds of movies you’re being offered? Or the frequency of movie offers?

Y’know, I’m going to say “no” because when you’re doing twenty-two episodes on a show, you’re shooting nine and a half months a year. And our shooting schedule is insanely ambitious. We’re basically shooting a feature film in nine days. So there really isn’t any downtime.

And there’s the fact that I have two young kids. So I work, and I take care of my kids, and that’s all I can handle during the season.

But what about during the summer, when you’re not filming?

Yeah, there’s been some opportunities I’ve been discussing, and to answer your question, they’ve all been great jobs, so that’s been cool. I feel like I’ve gone up a notch in the Hollywood pecking order. But then, our hiatus isn’t that long, it’s only like seventy days longs.

Right. I mean, that’s not long enough to play the lead in something like a Michael Bay movie.

Yeah. And last hiatus I had just had my baby, so I was like, “No one call me.” But this time, I’m more open to it. And it’s exciting to think about playing a different character. You get a little comfy when you’re doing the same role day in and day out. It would feel good to put someone else’s pants on.

So I want to go back to the geek thing. Are you raising your kids to be geeks?

Well, I hope you don’t bring them to the set. Cuz there’s weird stuff that happens on that show.

No, I don’t often bring them to work because yeah, there’s creatures walking around, and my daughter might shit her pants if she saw them. They’re too little still. 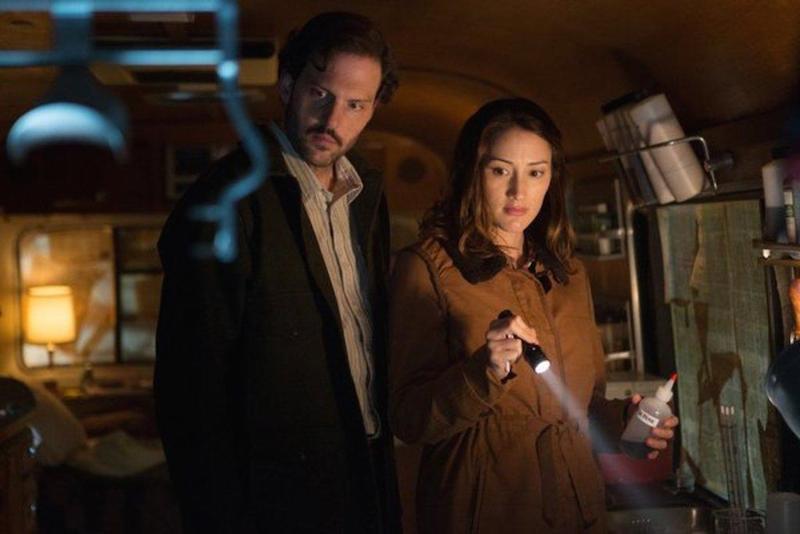 By the way, I noticed that you’re on Twitter, and that your handle is @RealBreeTurner. Are there fake Bree Turners on Twitter?

Oh yeah, I had five different imposters on Twitter and Facebook before I started doing this stuff.

Though I can’t say I didn’t come up with that handle. I hired someone to set it all up for me because I’m completely lame when it comes to that kind of stuff, and he came up with @TheRealBreeTurner. And at the time it was fine, but now, I’ve been made fun of for it so much.

That would be really funny. My alter ego.

Finally, Grimm is based on the original Brothers Grimm fairy tales. But most people don’t realize that the original stories are far darker than the Disney versions. Since you started working on this show, and since you have a bit of a geek streak, have you gone back and read any of the original stories?

Oh yeah. For research, and to just touch base with the origins of the show. And you’re right, they’re horrible. Cannibalism and incest and kidnapping and murder. It’s bad news, those stories. When I was a kid, I was an avid reader. And when I was seven, my grandmother gave me an old set of the Grimm stories, and I couldn’t get enough of them because of that sadistic dark underbelly. When you’re a kid, it just feels wrong and intriguing. They’re made to get into your self-conscious.

Yeah, I always wondering how many parents with kids into the Disney stories go out and get a book of the Grimm stories and then get halfway through them and are like, “Oh my god! What the hell!?!”

It’s funny, my daughter loves Disney movies, especially the ones with the Disney princesses. But I find myself avoiding the “Cinderella” portion of the book we have. Because if you think about it, it has slave labor and an oppressive step-mother. In fact, in most of those stories, the mother is horrible and ruins their lives. I find myself rewording most of those stories because I know their origins and it’s not good.

Though I have faith that this is just a phase. Stella has lots of interests, so I’m not worried about her being princess-obsessed as an adult, because that would be the end of everything as a woman. But I support it now. At first, I was…upset by the obsession, and would be the end of any feminism streak I was hoping to instill in her. But she’s a kid, and it makes her happy, and as long as I expose her to other things as well, she’ll be fine.