Lilo & Stitch is, arguably, one of the best animated movies Disney ever made. So why then is this new Blu-ray edition such a botch job? 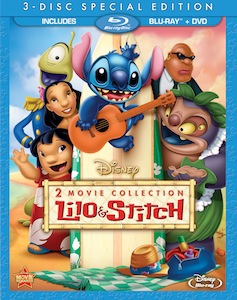 Released in 2003, Lilo & Stitch is a darkly funny and seriously sci-fi ’toon about a surly, foul-mouthed, maniacal alien who crash lands in Hawaii and is adopted by a whip smart, precocious, but very weird little girl. The film not only boasts beautiful animation, great sci-fi action, and a hilarious story, but a wonderful voice cast that includes Ving Rhames (Pulp Fiction), David Ogden Stiers (M*A*S*H), and Daveigh Chase as the adorably off-beat Lilo.

As a result, Lilo & Stitch is — like The Incredibles, The Iron Giant, and Monsters Inc. — decidedly as much for adults as it is for kids, if not more so. “Oh, good,” Lilo says matter-of-fact-ly at one point, “my dog found the chainsaw.” You wouldn’t hear that in The Lion King, even if there was a Home Depot in the jungle and it let lions come in and buy power tools. 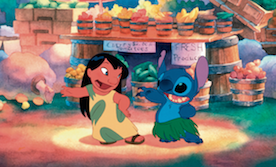 The film also includes references to Picasso and ’50s monster movies, eschews the typical Disney music numbers in favor of classic Elvis Presley songs (though it does have some overproduced Elvis covers by Wyonna Judd and A*Teens at the very end), and while it has heart-warming moments, it never goes for cheap sentiment. Instead has multidimensional characters who really feel something and, in turn, make you feel something, even if you’re a middle-aged misanthrope who’s dead inside.

And while it was followed by sub-par sequels and a TV spin-off that jettisoned all the weirdness and edge for sap, making them strictly for kids, the original film remains a smart, funny, and emotionally-effective animated sci-fi classic on par with Ghost In The Shell, Wall-E, and Akira.

But unlike the Blu-rays for those movies, which includes extras that would appeal to both adult animation fans as well as little kids, the Blu-ray for Lilo & Stitch has no extras. All it comes with is that aforementioned sequel, Lilo & Stitch 2: Stitch Has A Glitch, which is kind of like serving steak with a side of shit.

Okay, it’s not that bad, but you get my point. 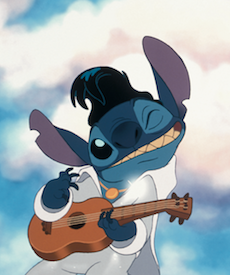 What adds insult to injury is that, when Lilo & Stitch came out on DVD, it had extras for both grown-ups and children. While it had a minigame that let kids build their own aliens, it also had deleted scenes, a making-of featurette, a look at the Hawaiian music in the movie, and a mockumentary in which Stitch is Forest Gump-ed into such Disney movies as Lady And The Tramp, 101 Damnations, and Mulan.

Which isn’t to say that fans of this classic animated movie, even those old enough to remember Elvis, shouldn’t pick up this disc. It’s worth it alone just to see how much better the film looks in high def. Just keep in mind that you’ll need to hold onto the DVD until Disney sees fit to do a real version.

What do you think of this Blu-ray (or my review of it)? Please let me know in the comments below. 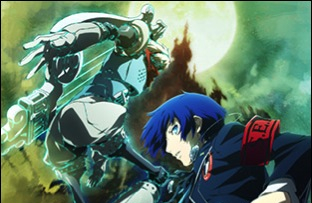 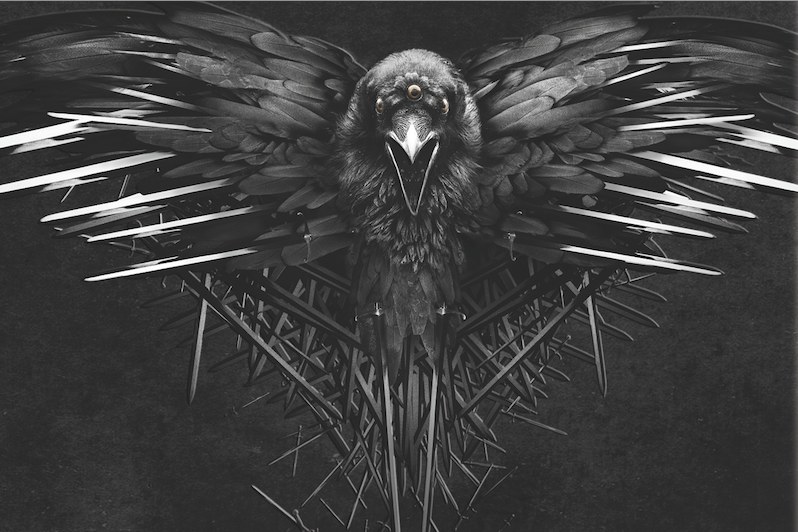 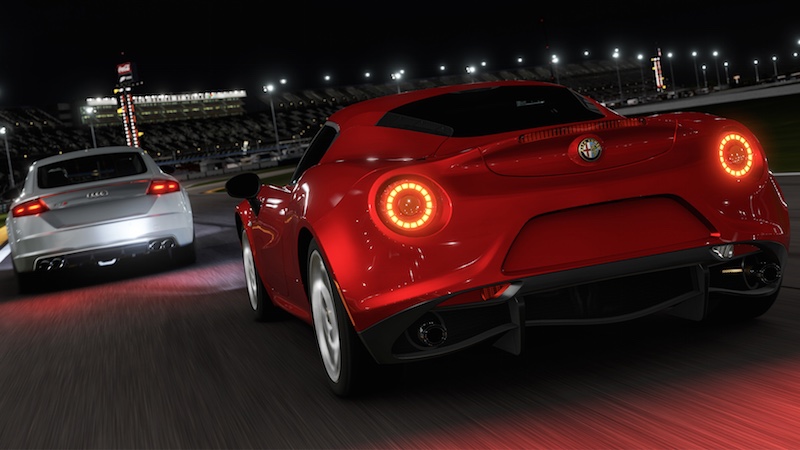