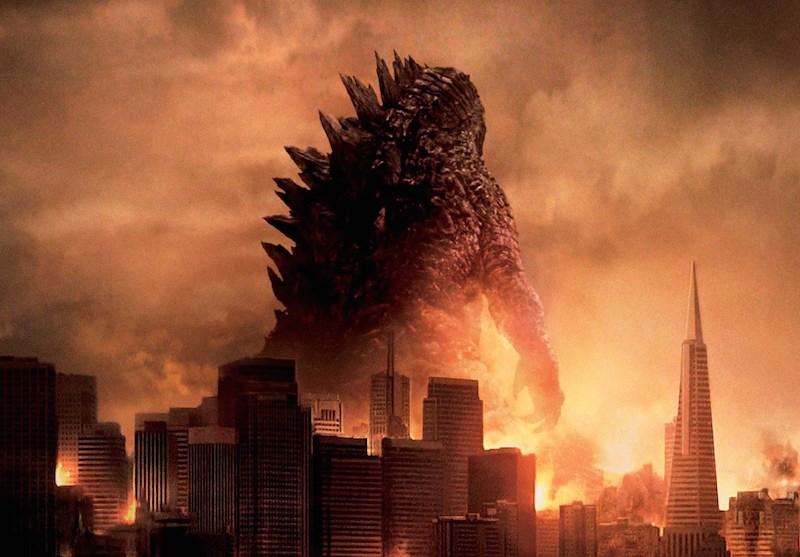 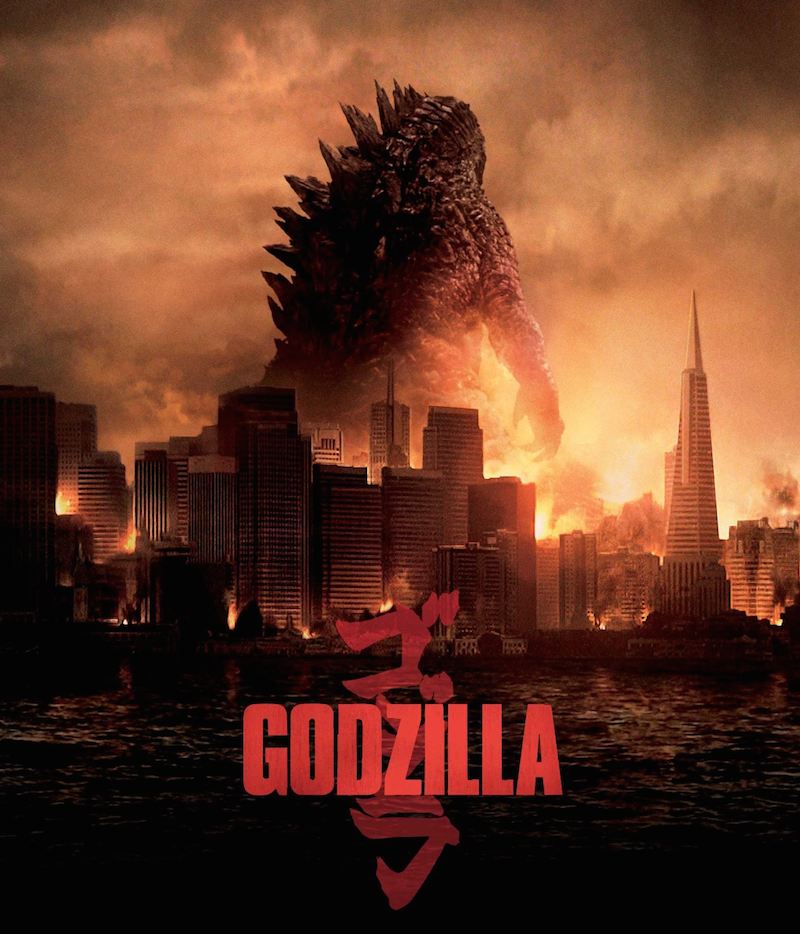 In the movie (my review of which you can read here), Godzilla returns when two other monsters threaten to destroy the Earth…and the kid from the Kick-Ass movies.

Along with the movie, all three versions of Godzilla will include “Monarch: Declassified,” in which, the press release says, “[you’ll] discover explosive new evidence not contained in the film that unravels the massive cover-up to keep Godzilla’s existence a secret.” Included in this are three featurettes called “Operation: Lucky Dragon,” Monarch: The M.U.T.O. File,” and “The Godzilla Revelation.”

In addition, the three versions of Godzilla will also include “The Legendary Godzilla”: “Go behind the scenes with filmmakers and cast for an even deeper look at the larger than life monsters in the film.” Included in this are “Godzilla: Force Of Nature,” “A Whole New Level Of Destruction,” “Into The Voice: The H.A.L.O. Jump,” and “Ancient Enemy: The M.U.T.O.s.”

There will also be a limited edition version of the Blu-ray/DVD combo pack, which comes with exclusive embossed artwork and Godzilla’s iconic roar. 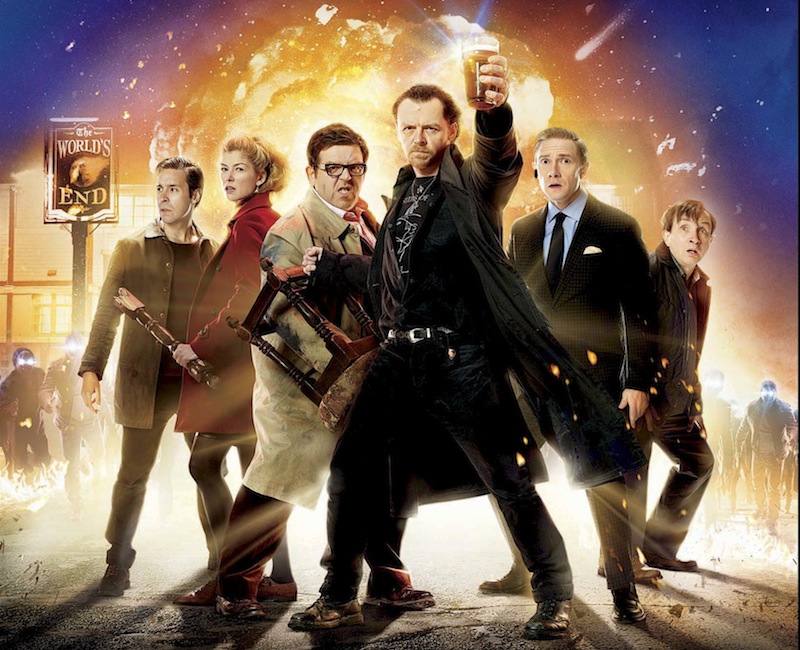 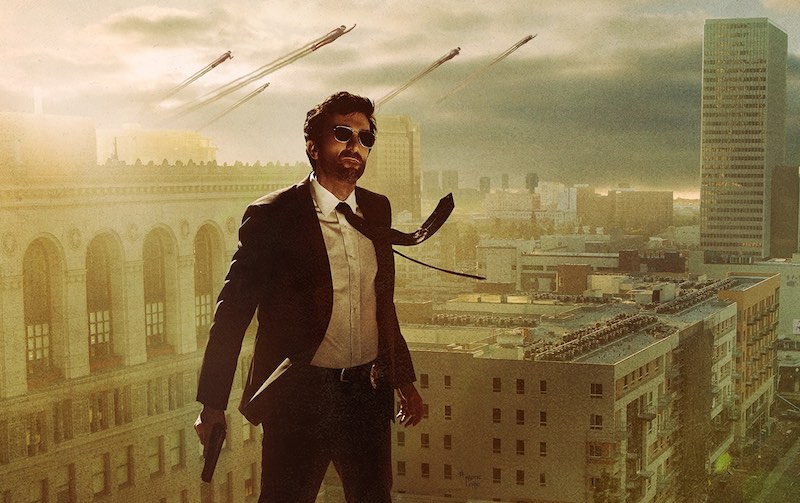 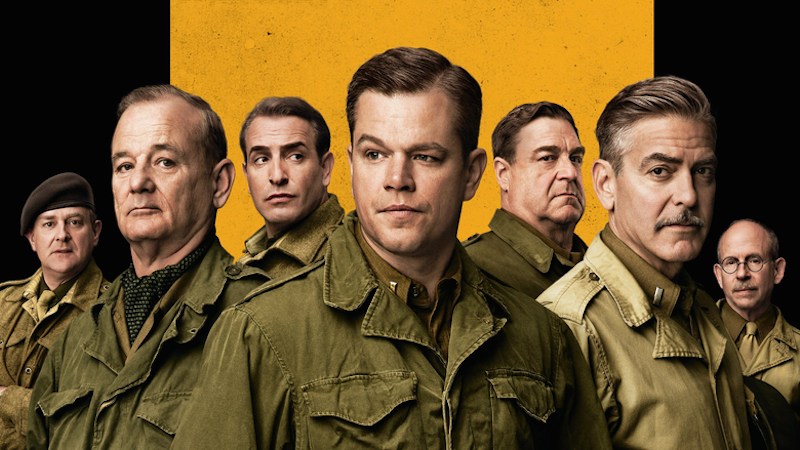