Christmas is a time for love, joy, and happiness. Which is why it’s also a time for fans of the dark arts to indulge their macabre side in hopes of keeping the holiday cheer from sending them into a diabetic coma. It is for those latter people that I present the following interview with Sam Shearon, a.k.a. Mister-Sam, the writer and illustrator of the coloring book Mister Sam Shearon’s Creepy Christmas: A Merry Macabre Coloring Book (paperback).

So, what is Mister Sam Shearon’s Creepy Christmas: A Merry Macabre Coloring Book?

In short, it’s a collection of legends from the darker side to the winter season, an assortment of warnings, curses, folkloric monsters, and characters used to frighten children into not wandering off and getting lost in the snow…or to encourage workers to create more food and clothing for the harsh winter months.

Within this book, there are forty illustrations based on these legends, each accompanied with a poem that outlines a brief history and glance into the some of the darkest tales from the happiest season.

Where did the idea for this book come from, what inspired it?

I’ve been fascinated by ancient myths, legends, fairytales, and folklore since childhood. Strangely enough, as Halloween approached, I thought back to the stories I had read as a child, the dark tales of winter warnings. I’m certain the majority of the world don’t realize just how many dark and disturbing tales are set in and around the lead up to Christmas, many of which are far more disturbing than those for Halloween.

So, I wanted to put a book together that collects these various aspects of this darker season and include some of the history and folkloric characters of long-lost traditions. The aim was to bring back the sense of community, family, and protecting each other from the dreads of the winter season. Fighting off not only the cold but loneliness and the basic human needs that are often forgotten about while, at the same time, celebrating these fantastic but often overlooked or unknown fables.

Why did you decide to do it as a coloring book?

I think having a book like this on the family shelf is something that can give people an opportunity to step away from the TV and the ever addictive online phenomenon and share time together, bringing back that social aspect of togetherness that’s often lost these days.

Was it difficult for you to do any of the drawings because you couldn’t use color, and had to leave room for people to color?

I actually prefer black and white illustration, and regularly sketch or draw with ink, so creating this with a view for people to visualize them as potentially in color really wasn’t an issue. In many ways, that’s how all of my work starts. In black and white, that is.

Though to your point, I think the most challenging aspect of this was to find details or include new elements into existing characters and creatures that are generally as a whole are mostly white anyway, such as snowmen or polar bears, for example. How the hell do you color something in that’s supposed to be white?

What’s interesting to note is that the Yeti or Abominable Snowman is often depicted in Western culture as white, but this is not accurate when you look into the “true stories” surrounding them. The people from the same region of this mysterious animal describe it as either red, brown, or black. So, again, it was a real pleasure to use the poems to educate people.

In deciding which Christmas characters to include, what kind of research did you do?

I did a lot of reading for each character, creature, or object featured in the book. I really wanted to keep it as factual as possible. Not only in terms of their stories, but in their visual descriptions as well. Though, at the same time, I also dug up a few things that people perhaps didn’t know. We live in world now where stories aren’t really shared anymore past childhood. And even then, much of the traditional winter warnings have been twisted or forgotten. So really digging up the old folklore was a thrill, and much of it was an education to myself as well, something I thoroughly enjoyed and hope others will too. I remember raising my eyebrows on many occasions while sifting through old legends and thinking, “Wow, that’s really disturbing, I never knew that!”

Some of the creatures in Mister Sam Shearon’s Creepy Christmas: A Merry Macabre Coloring Book have been depicted in other books as well as in movies and stop-motion animated TV specials. Did you base your designs on the more traditional versions of the characters, more modern depictions, or what?

All of the depictions contained in my book are based purely on traditional aspects of the oldest legends and folklore. But I also wanted these to be truly my own interpretations based on my own experiences and knowledge of such stories, though without adding so much extra that they’re not true to the original tale. I also didn’t want to take from anything modern depictions or act as some kind of cultural magpie, taking only the shiny pieces of other people’s work and combining them. That’s something I don’t do and am strongly against, particularly when education is more important than entertainment.

Of course, we’re all influenced by the arts around us, whether it be television, theatre, or comic books, and that’s great when designing a creature for a movie, for example. But really, I wanted to deliver my own interpretation on these age old tales.

In regards to the poems you’ve included, are they in the style of a Christmas poems?

Initially, I was going to include a little piece of writing to explain the history of each character or creature, giving a sort of detailed background to their legends and descriptions, the folklore and fables. But this seemed to be a little dull. And since I wanted to entertain as well as educate, I chose to write the information in the form of a poem, to really give that “old world” fairytale feel and, indeed, a somewhat more Christmas-esque vibe.

One of the previous books you illustrated was H.P. Lovecraft’s The Call Of Cthulhu And Other Mythos Tales. Did you ever consider drawing Cthulhu with a jaunty Santa hat and beard? Because old gods love Santa, too.

In all honesty, no, that’s not something that crossed my mind. I like to keep things loyal to legends and not mix too much up. That would be an interesting gimmick, of course, and I’ve seen many do it before among other things. But no, not really my style. I’ll take sinister over comedy every time.

Mister Sam Shearon’s Creepy Christmas: A Merry Macabre Coloring Book is only available as a paperback. Did you ever try to figure out if it could be done as a digital book as well?

The problem with that is the piracy aspect. It would be easy for someone to download the artwork, mass produce it, and sell it themselves, colored or not. Besides, I’m old school and prefer the traditional book-in-hand approach.

No, that’s an angle I don’t think I’d really move in as it cuts out the children who would potentially buy my work. I don’t cuss or swear in my poems, though there are lines that don’t quite rhyme where a swear word would have, which gets people thinking. But I am doing some follow-ups including Halloween in 2017 and Valentine’s Day in 2018, among a few others in between.

Adult coloring books seem to be a big thing these days. Fight Club writer Chuck Palahniuk just released Bait: Off-Color Stories For You To Color, and there’s also a Die Hard: The Authorizing Coloring And Activity Book. Why do you think this is becoming a thing?

I think it’s only going to get crazier and with more variety, but they’ve been around forever. I remember being a child in the ’80s, and there was a coloring book of horror and giant cannibals. It really actually disturbed me; I’d love to find it again. But I think these things have taken off because of the Internet being an easy way to share news and ideas. With Instagram, Twitter, Facebook, etc., these things spread like wildfire. It’s just another one of those great ideas that have spiraled into a craze because anyone can be involved and people love that. People in many ways can essentially collaborate with their favorite artists.

Are there any artists that you’d like to see do an adult coloring book?

Tough question, there are so many. I’d like to see a Dali or perhaps a Giger coloring book. Even a Jackson Pollock could be fun. But today’s artists? Hmmm…perhaps Mark Ryden or Ashley Wood. I love them.

Lastly, I have to ask, what do you want for Christmas?

Love and peace for everyone…and maybe a friendly cobra. It’s the thought that counts! 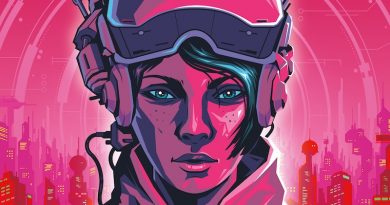 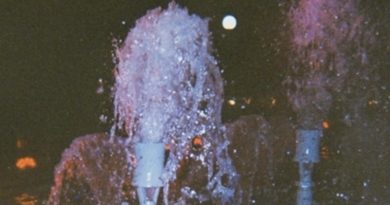 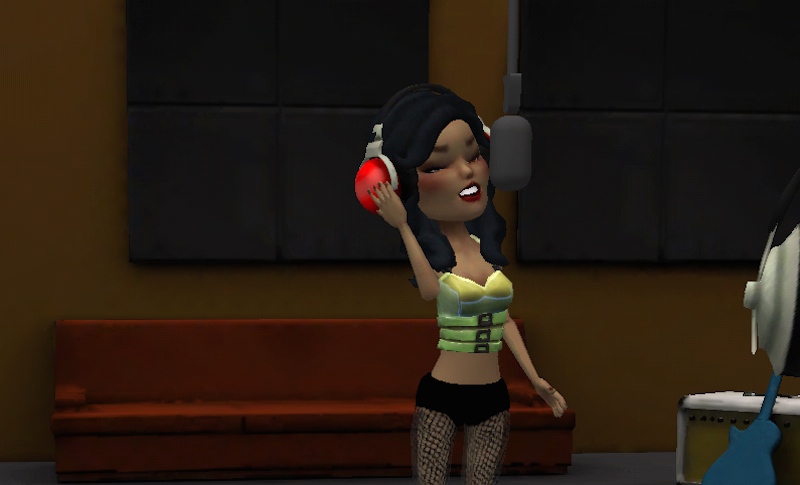