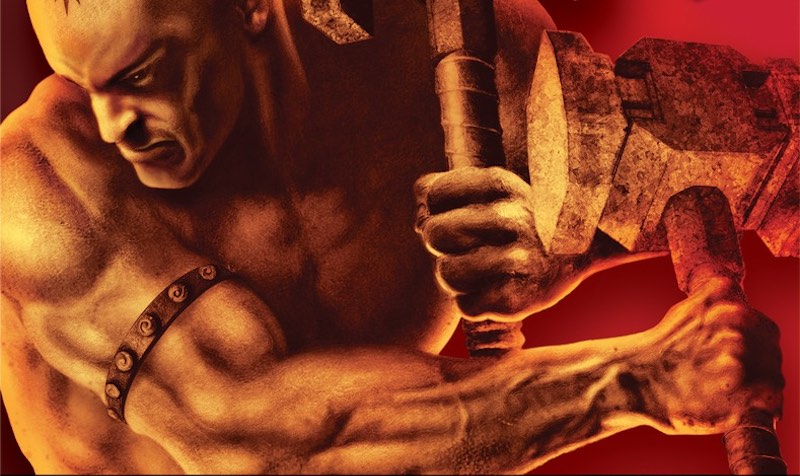 In the realms of fantasy, the current trend is for a novel to not to just be a one-off story, but to instead be the first part of a trilogy, pentalogy, or some other set series. But it wasn’t always that way; and it need not be again, if writer Paul S Kemp has his way. While his new fantasy novel, A Conversation In Blood (hardcover, digital), is the third to feature the characters Egil and Nix, it’s not the end of the story that began with 2012’s The Hammer And The Blade and continued with 2013’s A Discourse In Steel, nor is the just the third chapter of five, seven, or nine. Or so Kemp explained when I spoke to him about this new novel and the series as a whole. 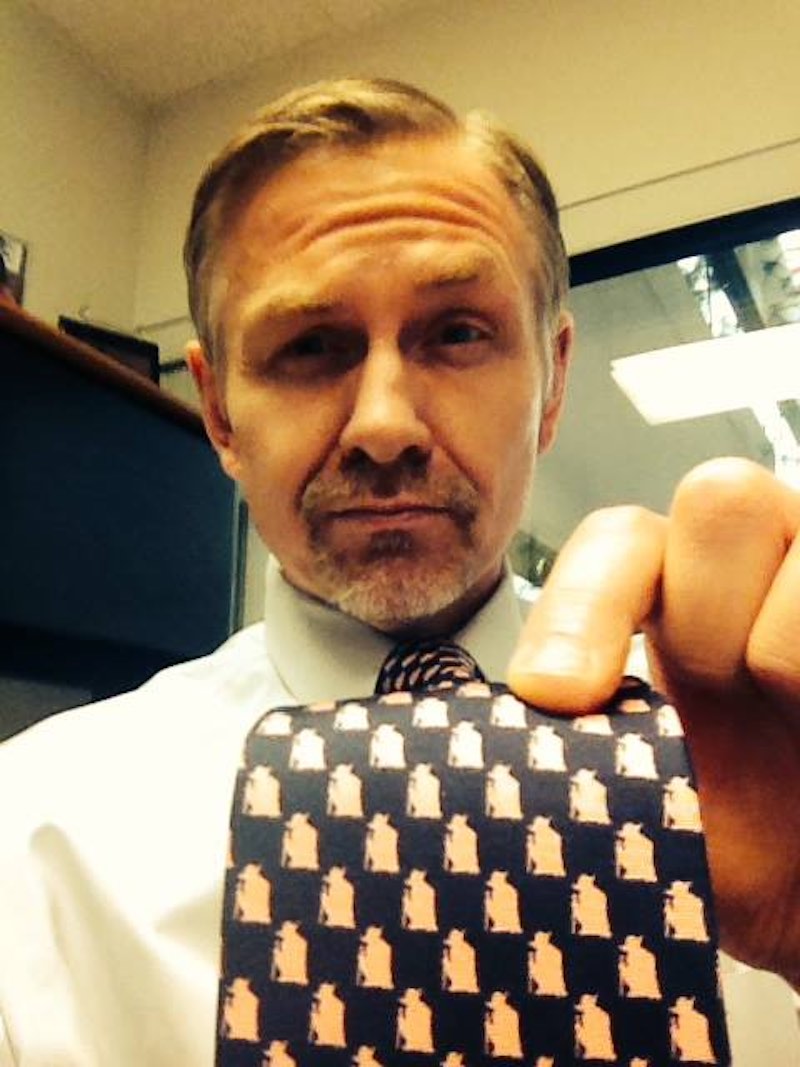 To begin what is A Conversation In Blood about, and how does it connect, both narratively and chronologically, to the previous books you wrote about Egil and Nix?

I’ll start with the second question first. The books follow sequentially, and all three follow the adventuring duo of Egil and Nix, along with some side characters. The feel I’m trying to channel is old school, golden age fantasy, but with modern sensibilities in terms of the story structure. But I try to make each book a stand-alone, which is one of the things I loved about those golden age books. So while there are times in A Conversation In Blood where events from the previous books are mentioned, and there is a greater payoff if you read them in order, you don’t have to read those books to understand what’s going on.

As for what A Conversation In Blood is about…wow, that’s a tough one to talk about without spoiling a lot. It’s about how an item that Egil and Nix had acquired in a previous adventure is not at all what they thought. A good part of the book is them being on the run from the powerful people in their city, and them figuring out what it is that they actually have, though since they’re not the passive sort who would just stay on the run, the latter part is about them taking the initiative.

Now there are lots of different kinds of fantasy: light, dark, urban. Where does A Conversation In Blood fit in?

It’s sword & sorcery, which I realize is not a self-defining term, though it does call forth a certain set of tropes. The action is cinematic, the narrative pace is propulsive, there’s a lot of wit and humor, but there’s also some philosophical questions as well. I often liken Egil and Nix stories to Raiders Of The Lost Ark, which is built on those Saturday adventure movies, and has an incredible pace and likeable characters, but at the core of it are questions of faith and the evil that men do.

In terms of both the story and the style, what fantasy writers do you consider to be the biggest influences on this series?

That’s an easy one for me in the case of Egil and Nix. I think you can draw a direct line from Fritz Leiber’s Fafhrd And The Gray Mouser stories, Robert E. Howard’s Conan stories, Edgar Rice Burroughs’ John Carter Of Mars stories, and Leigh Brackett’s Eric John Stark stories directly to my Egil and Nix stories. In tone, I try to capture the spirit of those kinds of books.

What about non-literary influences, are there any movies, TV shows, or video games that you see as having an impact on A Conversation In Blood and the other books?

Yeah. We talked about Raiders Of The Lost Ark. And I would mention Star Wars as well. Not in subject matter, but in the sense that those stories are ultimately optimistic. I would say the same about Firefly as well. 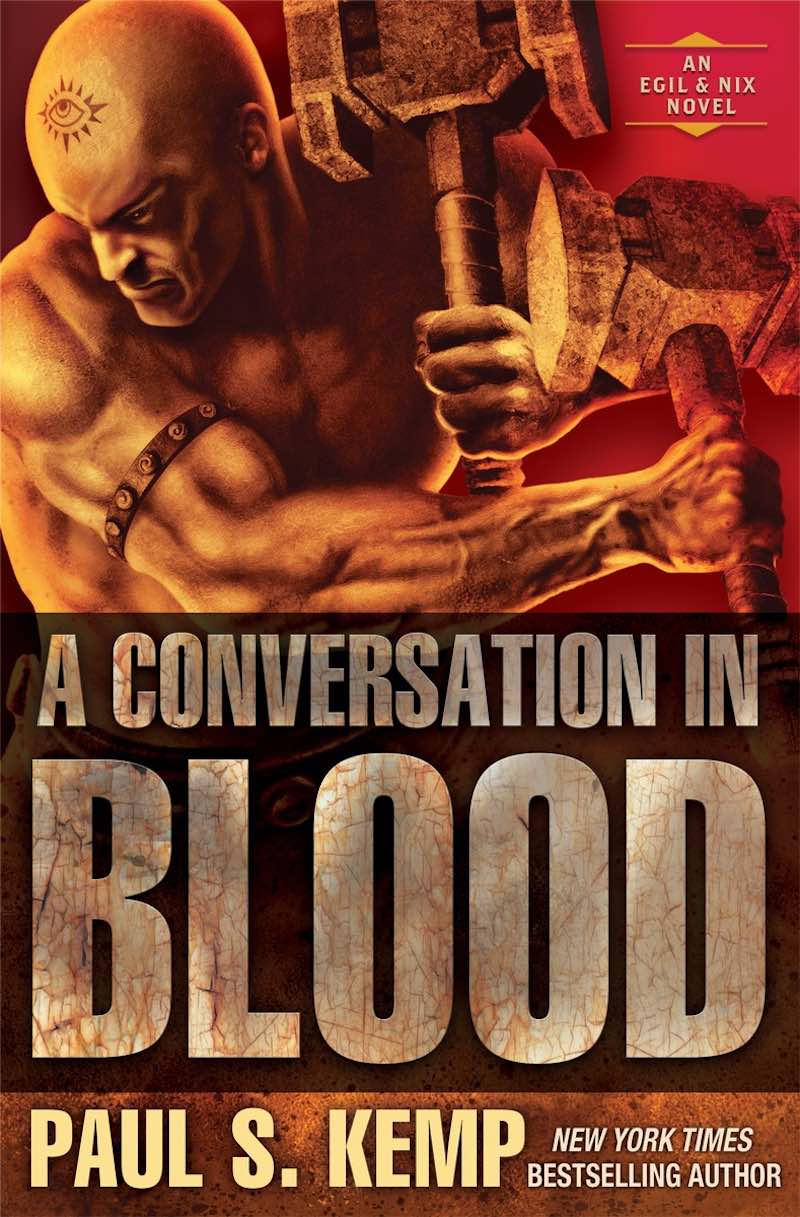 I think I conceptual that idea right out of the gate because I thought of these books as me paying a debt to Fritz Leiber and Michael Moorcock and Edgar Rice Burroughs by writing stories that evoked a similar feeling. So right away, I was thinking of these books in the same way.

So do you know how many Egil and Nix books you want to write?

Has there been any talk of adapting the Egil and Nix books into movies, a TV show, or a video game?

Not that I’m aware of, though I’d love for that to happen. I think Egil and Nix would be great for a TV show. 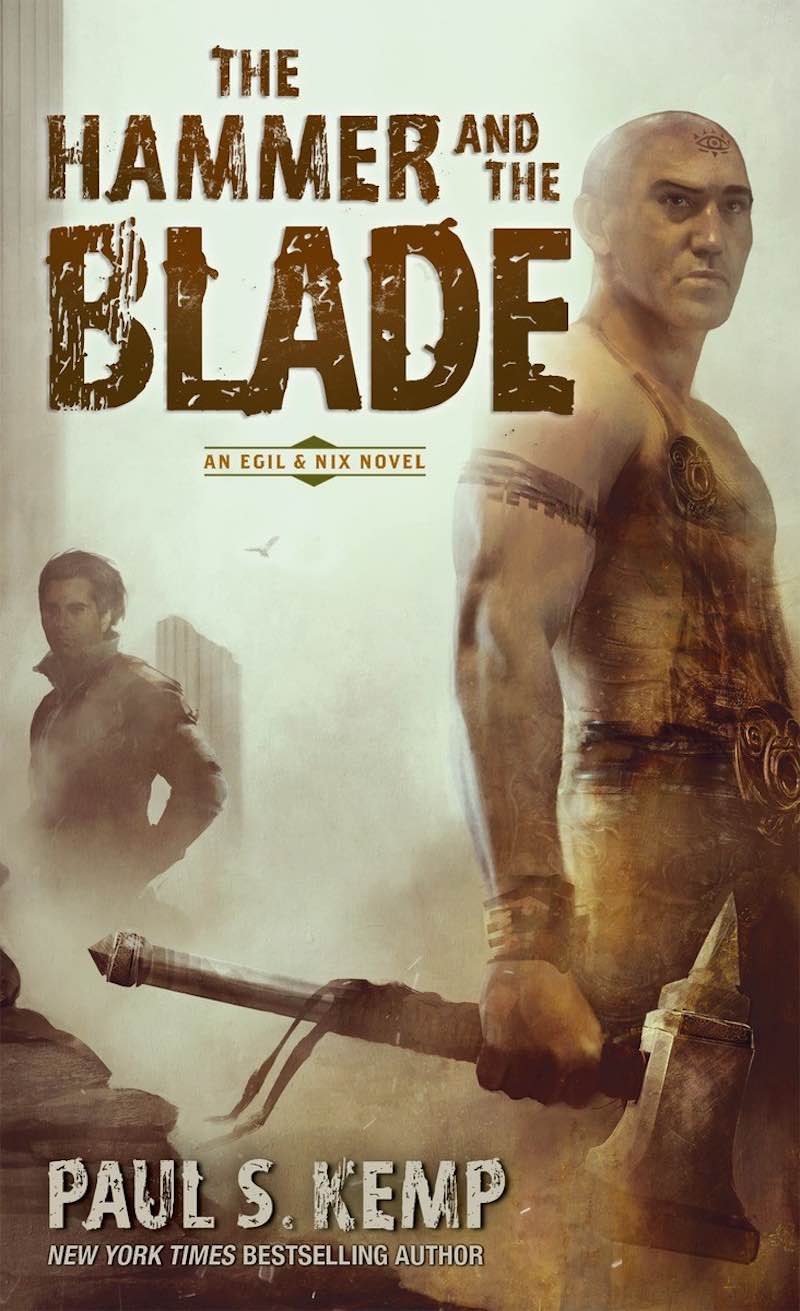 If it was going to be a TV show, who would you like to see cast as Egil and Nix?

Hmmm…let’s see. Egil is a mountainous, hugely powerful man, so I’m thinking Dwayne “The Rock” Johnson [San Andreas]. He’d have to shave his head, but I think The Rock has done that before.

For Nix, it would have to be someone who’s wiry, good looking, witty, intelligent…I’m struggling here. Who do you think?

What about Jim Parsons from The Big Bang Theory?

Oh, that could work. That’s a great idea, I could see that. Good call.

Thanks. Please send the check to….

Anyway, I would be remiss if I didn’t ask you about Star Wars, because along with your fantasy novels, you’ve also written four Star Wars books, including 2015’s Lords Of The Sith. Will you be writing a fifth one anytime soon?

All I can say is that I am under contract to do another one. But that’s all I can say right now. 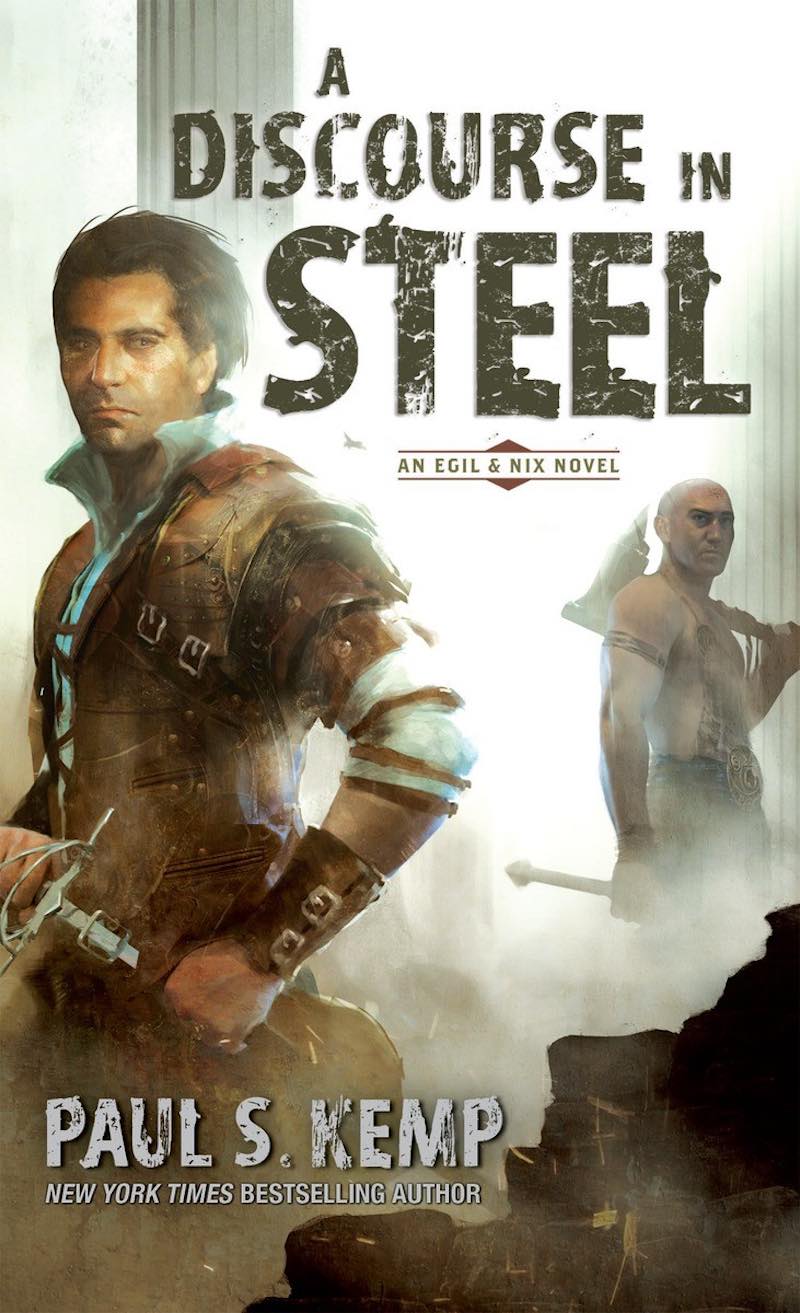 Finally, if someone has read A Conversation In Blood as well as The Hammer And The Blade and A Discourse In Steel, which of your books would you suggest they read next why?