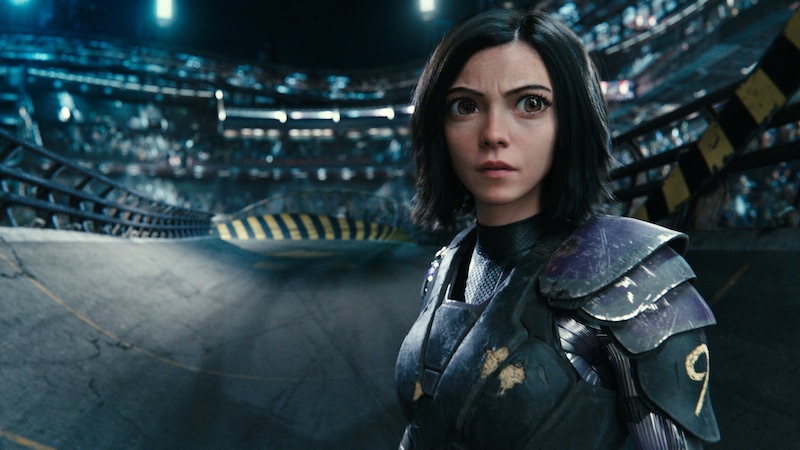 While the most important part of any movie collection is the movie itself, that doesn’t mean movie fans don’t care a lot about the extras. Which is why it’s always a bummer when they’re incomplete, or one version doesn’t have all of the available extras. Such is the sad state of affairs with the 3D 4K, Blu-ray, and DVD versions of cyberpunk sci-fi movie Alita: Battle Angel. Not only is the latter edition missing most of the available extras, but the former two also come up short when compared to the digital version. 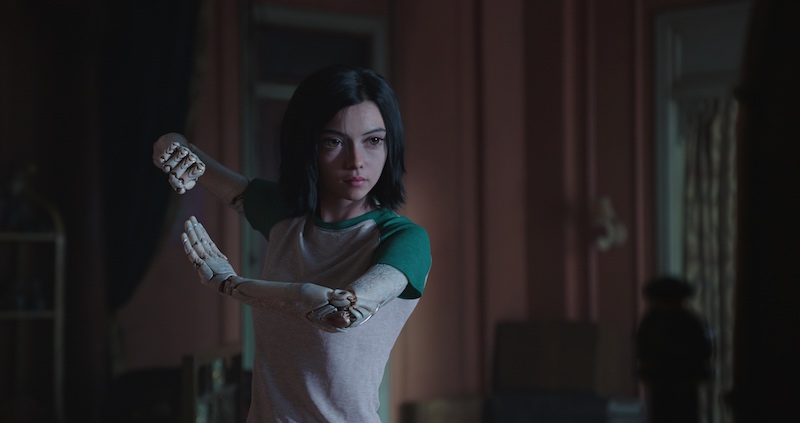 Alita: Battle Angel starts with a scientist named Dr. Dyson Ido (Christoph Waltz from Inglourious Basterds) finding the remains of a cyborg (Maze Runner: Death Cure‘s Rosa Salazar). While neither have any idea of who she is or — more importantly, what she’s capable of — they quickly realize she may be dangerous.

Directed by Robert Rodriquez (the Sin City movies),  Alita: Battle Angel is a fairly faithful take on the first four volumes of Yukito Kishiro’s manga Gunmm — or Battle Angel Alita as it’s known in the U.S. Well, mostly; in typical Hollywood form, it over-emphasizes the connection between Alita and a young man named Hugo (Nashville‘s Keean Johnson), and has some truly silly dialog where those two are concerned.

Unto itself, this doesn’t ruin the movie, though Alita: Battle Angel — like Battle Angel Alita — is at its best when it goes hard with the dystopian cyberpunk action. But in conjunction with a subplot about a Rollerball-like sport called Motorball, some duplicitous actions that I won’t spoil, and other plot elements, it’s clear that cramming four volumes of story into a two-hour movie wasn’t the way to go.

That said, what does almost save the movie is its cast. Salazar is spot-on as Alita, totally believable as a wide-eyed innocent (literally) and a bad-ass warrior. Similarly, Ed Skien is as scummy here, as one of the movie’s many bad guys, as he was in Deadpool. But even in the cast there’s a bit of wasted space. Neither Mahershala Ali [Hidden Figures] nor Jennifer Connelly [Noah] are given much to do, to the point where it feels like their parts were severely edited. 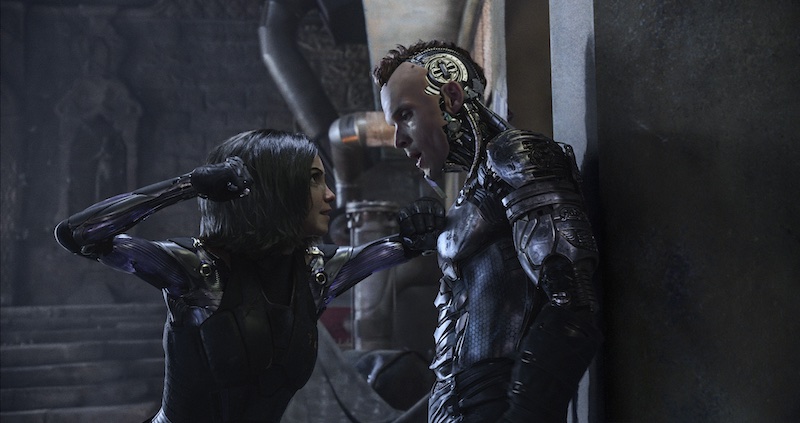 if you’re interested in getting Alita: Battle Angel on 4K, Blu-ray, or DVD, then you undoubtedly enjoyed the movie more than I did. Which also means you’ll be more annoyed than I am that the extras included come up rather short.

But let’s start with what they do have. First up, the Alita: Battle Angel 4K, Blu-ray, and DVD have an entertaining and informative featurette “From Manga To Screen” that talks about the original manga and the journey it took to be made into a movie. It not only has interviews with the film’s cast and crew but, more importantly, one with writer/artist Yukito Kishiro, which is refreshing given how many movie collections for films based on comic books don’t include interviews with the original writers and artists. Well, unless it was Stan Lee.

The Alita: Battle Angel 4K, Blu-ray, and DVD also has four motion comics called “Alita’s World” which give a bit of the backstory to the movie. “The Fall” provides the history of both the titular character and the Earth/Mars war that happened 300 years before the events of the film; “Iron City” is a look at the movie’s main location as seen by the character Hugo; “What It Means To Be A Cyborg” has the character Zapan talking about what it’s like to have mechanical body parts; while “Rules Of The Game” explains the rules of Motorball.

This, unfortunately, is where the parity ends, as these are the only extras on the Alita: Battle Angel DVD; there are many more on the 4K and Blu-ray. For starters, there’s “Evolution Of Alita,” a nearly twenty-minute look at the titular character, the person who plays her, and what it took to turn the latter into the former. As with similar featurettes on other movie collections, this has a good mix of interviews and on-set footage, but never gets too technical.

The same can also be said for “Motorball,” a six-minute-long featurette on the titular sport, albeit one that’s a bit redundant if you’ve already watched the “Rules Of The Game” motion comic.

Next, the 4K and Blu-ray versions of Alita: Battle Angel have a rather informative twenty-six-minute Q&A session in which Salazar, Waltz, Connelly, Rodriguez, and producer James Cameron answer email questions from fans. 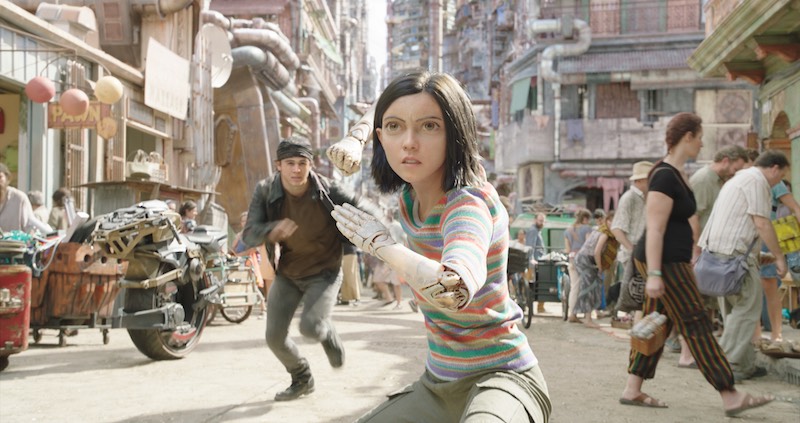 The 4K and Blu-ray versions…

of Alita: Battle Angel also have a collection of concept art from 2005, when Cameron was going to direct the movie. Though instead of being set up as a gallery, these images are presented as a fifteen-minute-long video with some narration and music, though not, oddly, commentary by Cameron.

This is followed on the 4K and Blu-ray versions of Alita: Battle Angel by four “Scene Deconstructions,” in which you can use your remote to switch between the finished version of these scenes, footage of them as they were shot, and an in-between stage in which they were still being animated.

Lastly, there’s also “Robert Rodriguez’s 10 Minute Cooking School: Chocolate,” a funny video in which the director shows how you can make your own chocolate.

While the Alita: Battle Angel 4K and Blu-ray are far better than the DVD, they also come up short when compared to the digital edition. Not only does that version have the movie’s trailers, but it also has a “Streets Of Iron City,” a series of set tours conducted by Rodriguez; nine character featurettes called “Allies And Adversaries”; and a second art reel of concept art from 2016.

Though even the digital version of Alita: Battle Angel is lacking since it doesn’t have a commentary track, which is missing from the other versions as well. 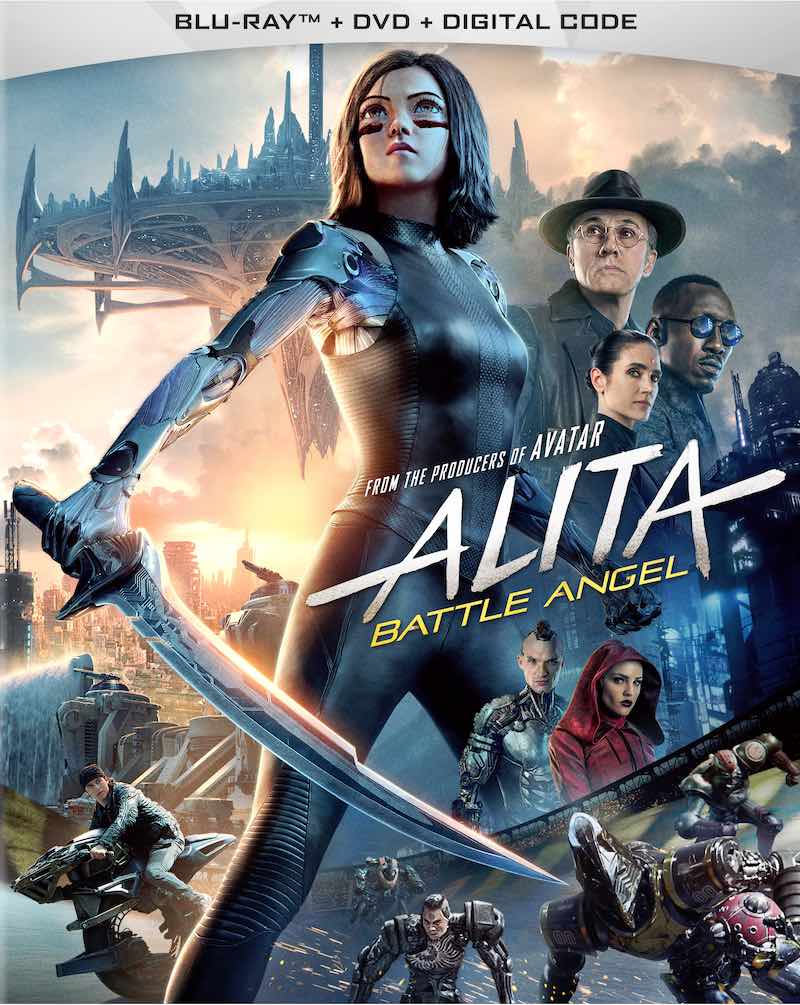 the 4K and Blu-ray versions of Alita: Battle Angel should’ve been a lot better. Granted, fixing both would’ve required adding things to one while removing them from the other, but as a fan of the original comic that really hoped the movie — and the subsequent home version — were going to be good, it’s sad that both fall short.