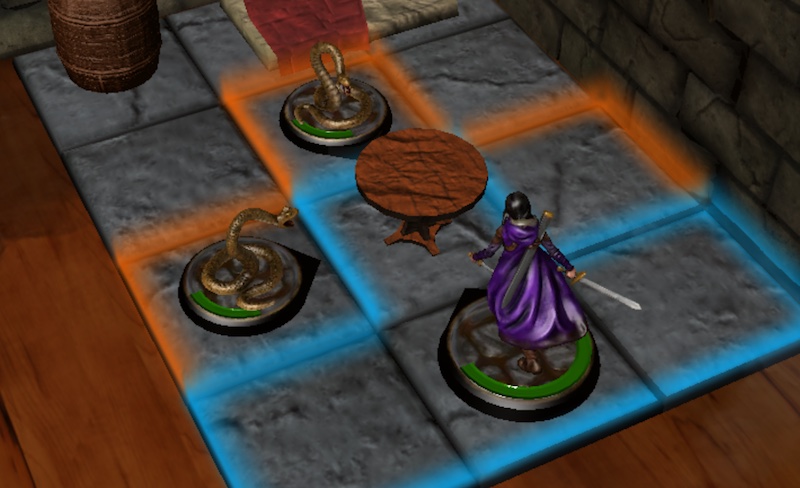 Long before Dragon Age: Inquisition, The Elder Scrolls V: Skyrim, or The Witcher III: Wild Hunt, fantasy fans who wanted to engage in epic adventures either had to play such table top games as Dungeons & Dragons or they had to read such Chose Your Own-esque interactive novels as The Warlock Of Firetop Mountain. Well, now you can do it all with The Warlock Of Firetop Mountain (iOS), a video game that recreates the titular interactive novel on your iPad by including mechanics from the pen and paper version of D&D. 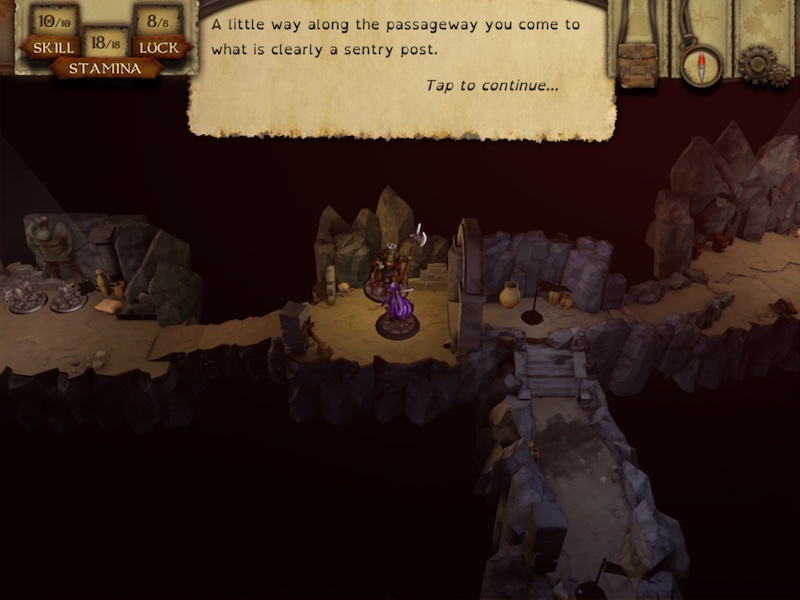 For those unfamiliar with the original book, The Warlock Of Firetop Mountain was co-written in 1982 by Ian Livingstone and Steve Jackson, two of the three founders of Games Workshop. Y’know, the Warhammer people. The first in the Fighting Fantasy series, the novel — and thus this game — begins when the sorcerer Kith asks you to find a ruby that’s called The Eye Of The Cyclops. Once you do, Kith wants you to deliver the gem to the warlock Zagor, who rules the mountain. What could possibly go wrong?

As I mentioned, this version of The Warlock Of Firetop Mountain plays like a cross between Dungeons & Dragons and a Fighting Fantasy novel. Not only is there a lot of reading involved, mostly stuff that would normally be spoken by the dungeon master, but you also face a number of choices along the way that can dramatically change your version of the story. Early on, for instance, you may run across some orc dogs that are chained up. Do you: “Distract the Orc Hounds with some food” or “Draw your weapon and do what has to be done”?

The Warlock Of Firetop Mountain also makes your character look like one of those metal figurines you tried to paint when you were in high school, complete with a base so it’ll stand upright. Even funnier, it moves like someone is picking it up and making it “walk.” The game also has these figurines walking around what looks like the most elaborate diorama anyone has ever made in wood shop.

There are even times in The Warlock Of Firetop Mountain when some dice is rolled. Well, virtually, anyway. If you attack someone at the same time they attack you, for instance, the game rolls the dice to see who will be victorious.

Combat, however, is one area in which The Warlock Of Firetop Mountain differs from Dungeons & Dragons and interactive novels, since it’s not up to chance, the luck of the dice, or the whims of the authors. Instead, it’s turned-based, though not like in most turn-based games. Instead of taking turns, both combatants decide how they’ll move or attack at the same time. You can even, if you’re clever enough, tell your hero to attack a spot where there isn’t someone at that moment, but you expect there will be when they move next. 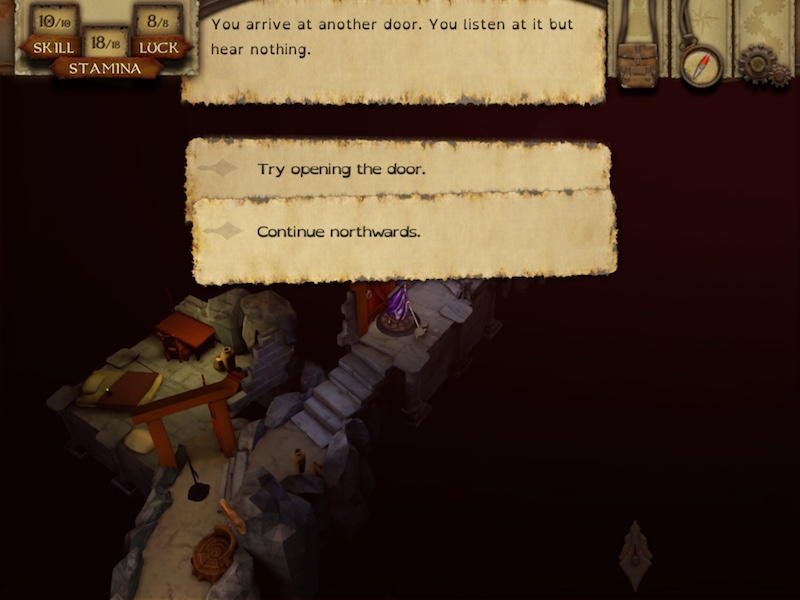 Battles in The Warlock Of Firetop Mountain are also fought on a board that restricts movement to one spot per turn. This, again, forces you to think ahead, especially since not every enemy thrusts their sword forward. Slime Beasts, for example, sometimes shoot diagonally to the side. Though, conversely, you have your choice of heroes to play as, with each boasting different skill sets.

What’s interesting, at least to me, is that the combat in The Warlock Of Firetop Mountain is a lot more engaging than you might expect if you’re not a fan of strategy games with turn-based combat. Personally, I prefer to button mash my way to victory. But because the enemies can be so different in how they move and attack, and you have to anticipate their every move, battles in The Warlock Of Firetop Mountain are actually a lot more satisfying than in most games where fights are politely turn-based. “It’s your turn, stab away.” “No, you go, have at me.” “No, it’s your turn, I insist.”

In fact, the only other time I’ve enjoyed this kind of chess-like combat was in South Park: The Stick Of Truth, and even then that had as much to do with my love of South Park as it did the silly attacks you could do in that game.

That said, there are also times in The Warlock Of Firetop Mountain when you’re given the option to avoid a fight…and you might want to take it. Especially since you only have a limited number of times you can come back to life, and all of them bring you back to the last time you took a load off by sitting on a wooden bench. A bench, you should know, that will also restore the stamina that keeps you alive.

Oh, and for those who are wondering how this version of The Warlock Of Firetop Mountain compares to the original, sorry, I can’t help you. I don’t think I read the original book back in the day, and I certainly don’t remember it if I did. But given that this is the eighth Fighting Fantasy novel adapted into an iOS game by Tin Man Games, I’m going to go out on a limb and say it’s probably a faithful adaptation. 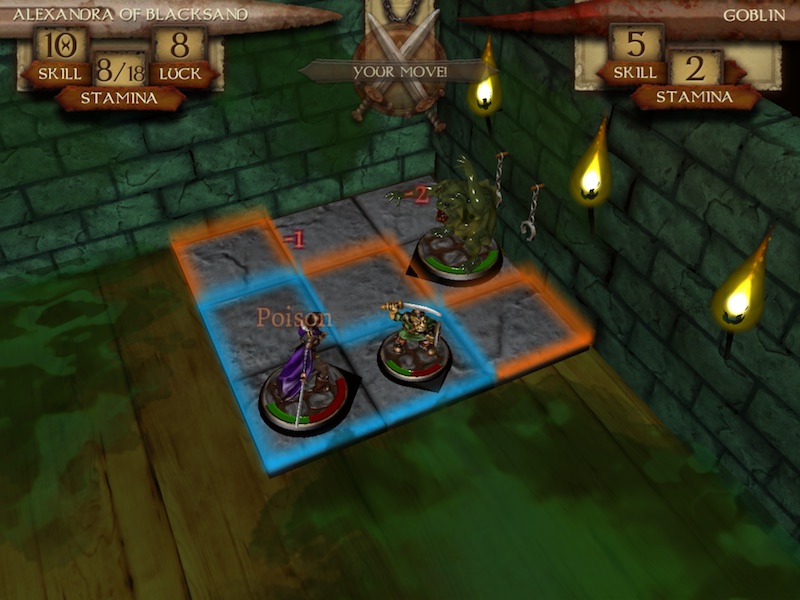 As fun as The Warlock Of Firetop Mountain may be, though, it’s not for everyone. Especially if you’re unfamiliar with old school table top adventure gaming, or want something less restricted or more about fast action. Or you just don’t see the humor in a virtual figurine running around your tablet’s screen. In which case, you might want to skip Hitman GO as well while you’re at it. But if, like me, you’re an old fool who kicks it old school, or a new fool who appreciates classic adventure gaming and novels, The Warlock Of Firetop Mountain is more fun than trying to paint a tiny mustache on a small metal toy. 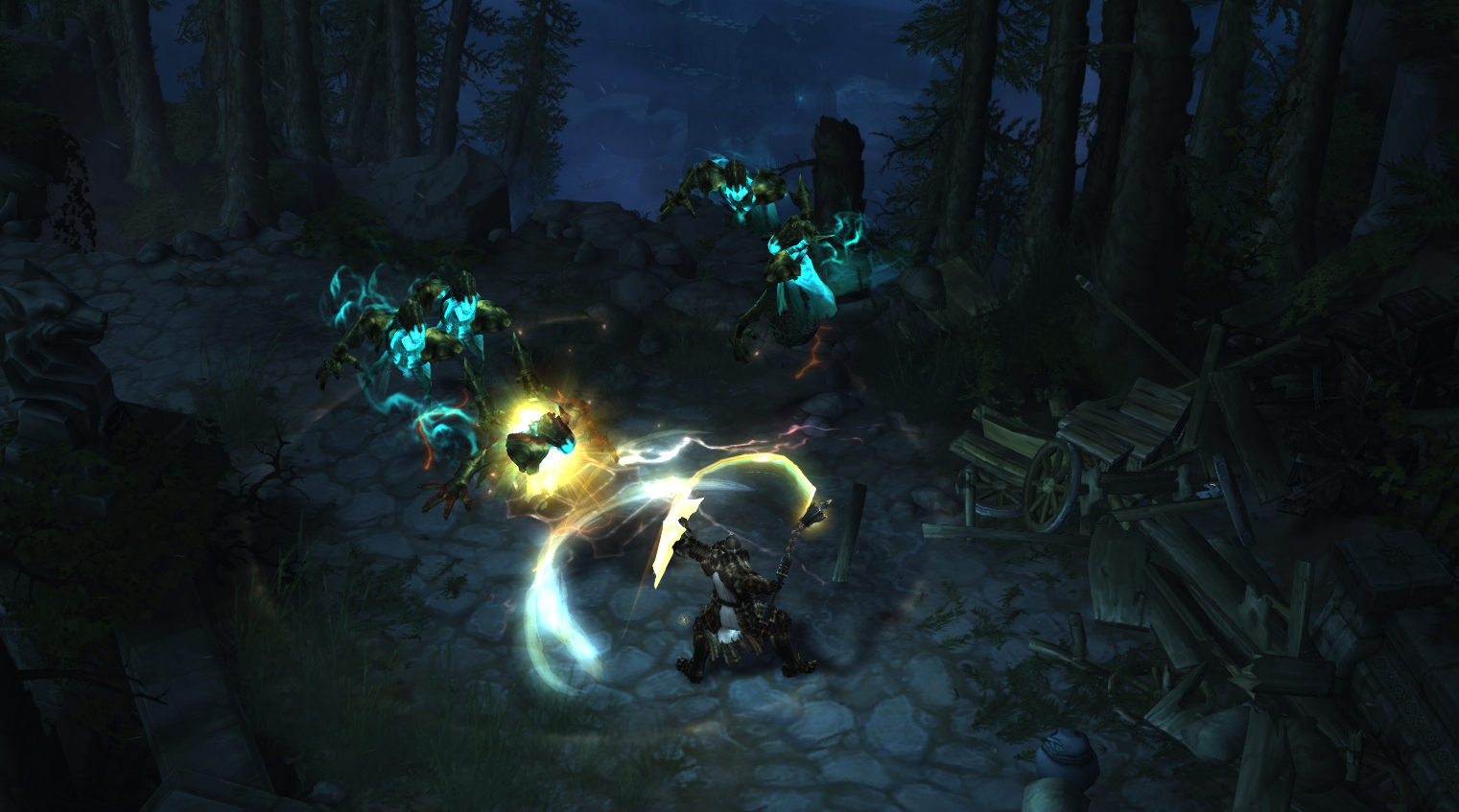 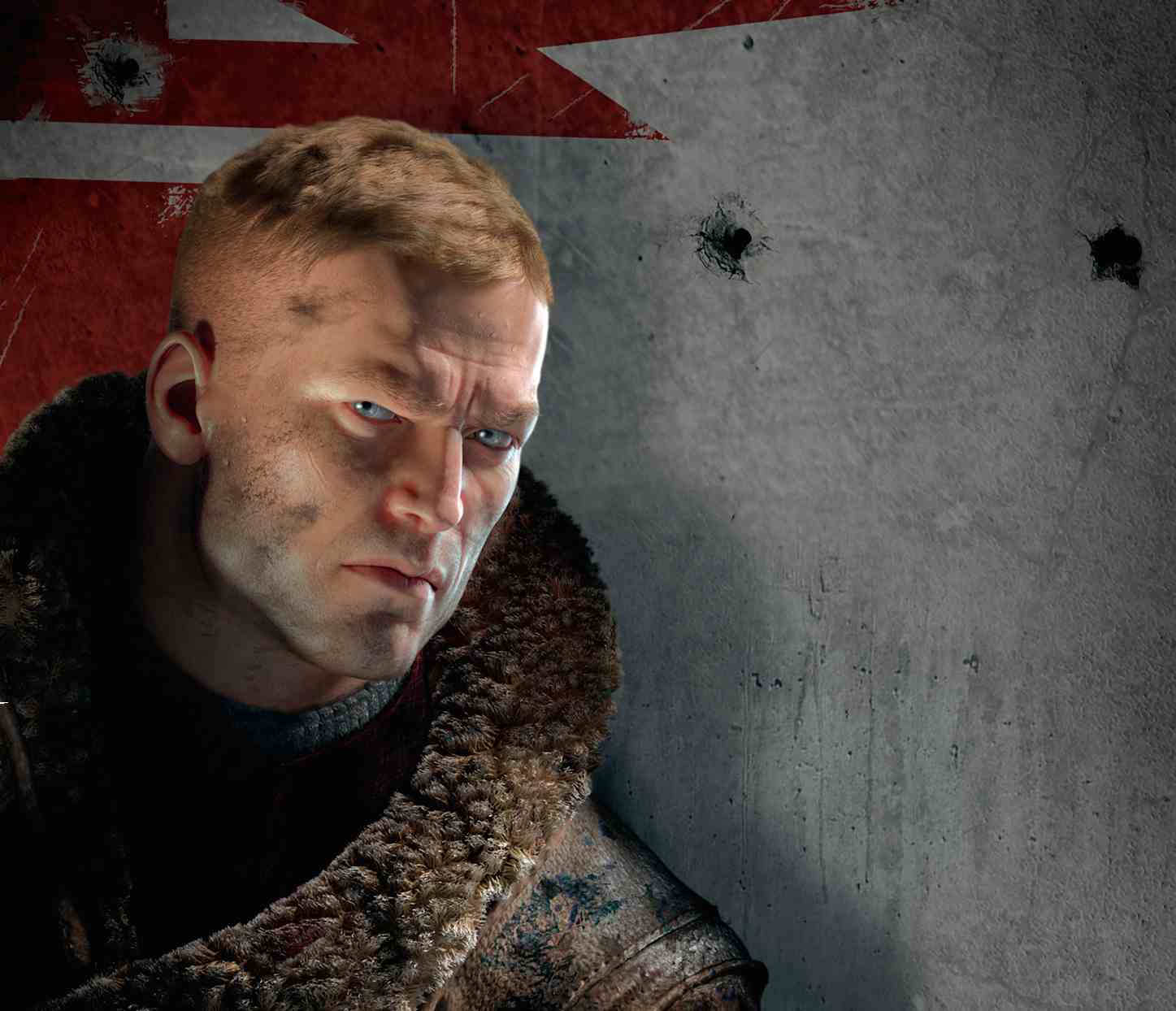 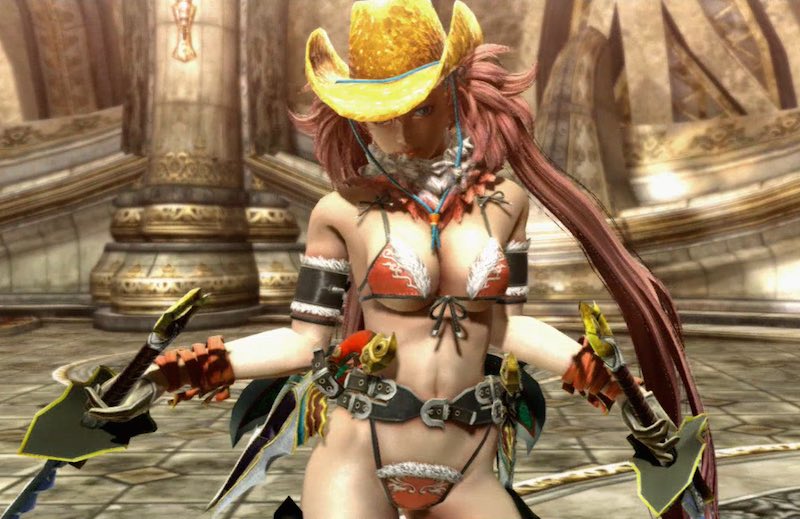