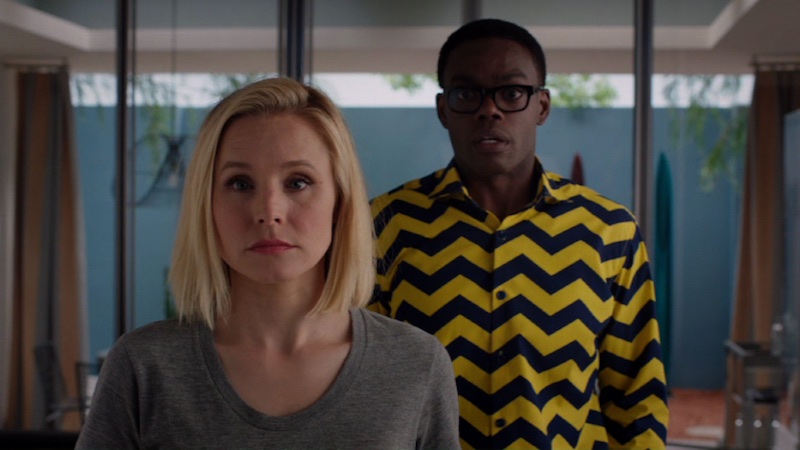 As everyone knows, the best show on TV for the last thirty years is The Simpsons. So it’s not surprising that many of the better shows on TV are Simpsons-esque: 30 Rock, Rick & Morty, and now, The Good Place, a smart and surreal high concept sitcom. But whether you missed it when it aired on TV, or saw it and want to cherish it forever and ever, The Good Place The Complete First Season DVD is the best way to accomplish this. Though it could’ve been better. 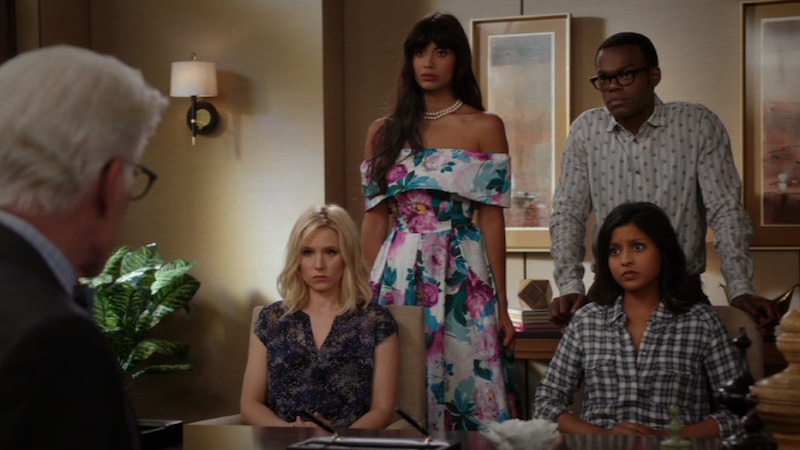 In The Good Place, Eleanor Shellstrop (Veronica Mars‘ Kristen Bell) is welcomed into the afterlife by Michael (Ted Danson from Cheers), who tells her that because she was a good person on Earth, she will spend eternity in the titular realm. The problem being that Eleanor quickly realizes that Michael has mistaken her for another Eleanor Shellstrop, but if she comes clean, she’ll end up in The Bad Place…which is really, really bad.

Suffice it to say, hilarity ensues. But not just the typically mistaken identity hilarity you’d get from most sitcoms. Instead, The Good Place is clever and inventive in a way normally reserved for cartoons not meant for kids. Which is why this ends up being the most intriguing and funny depiction of the afterlife since 1991’s Defending Your Life.

Though it also helps that the cast of The Good Place are perfectly suited for this surreal sitcom, even though you might not expect it. Sure, such weirdness may seem out of character from Bell or Danson, but they’re both convincing, as well as likeable and sympathetic, in these roles. 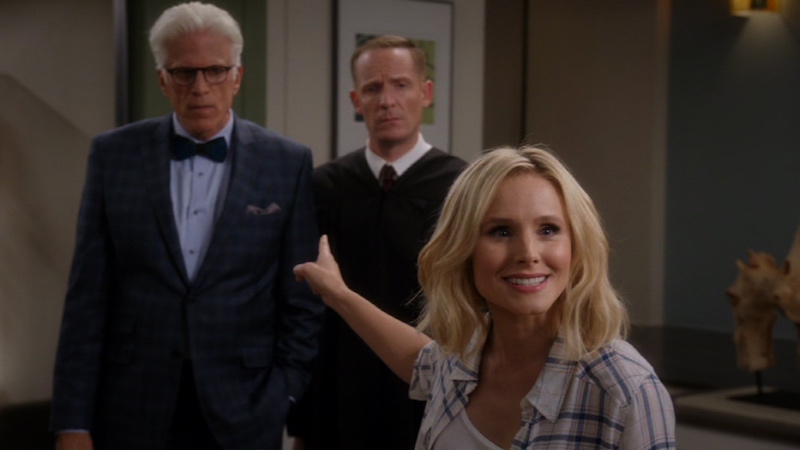 As for the extras included on the The Good Place The Complete First Season DVD, while it has a bunch of good ones, there’s always room for improvement.

First up, The Good Place The Complete First Season has commentary tracks on two episodes: the two-episode pilot “Everything Is Fine/Flying,” which features creator Michael Shur (Parks And Recreation) and the episode’s director Drew Goddard (who wrote The Martian movie); and the two-episode season ender “Mindy St. Claire/Michael’s Gambit,” which pairs Shur and Goddard with actor Jameela Jamil, who plays Tahani, and D’Arcy Carden (Broad City), who plays Janet. As you might imagine if you’ve ever listened to a commentary track before, both commentaries are informative and insightful, but the latter is more entertaining for having the actors involved.

Next, The Good Place The Complete First Season DVD has footage from when the cast and crew did a table read of the episode “Mindy St. Claire.” Though while it is entertaining, it also gets a little tedious after a while because the camera was stuck in one position.

The Good Place The Complete First Season DVD also has self-explanatory a featurette called “A Look At The Visual Effects,” though it literally is “a look,” since it’s only a minute, fifteen seconds long, and is just before and after shots of the scenes as they were shot, and how they were after the visual effects were added in.

Finally, The Good Place The Complete First Season DVD has a gag reel. Which, like all gag reels, is just shots of the cast screwing around and screwing up. Though this one is a little different for reasons I won’t spoil. 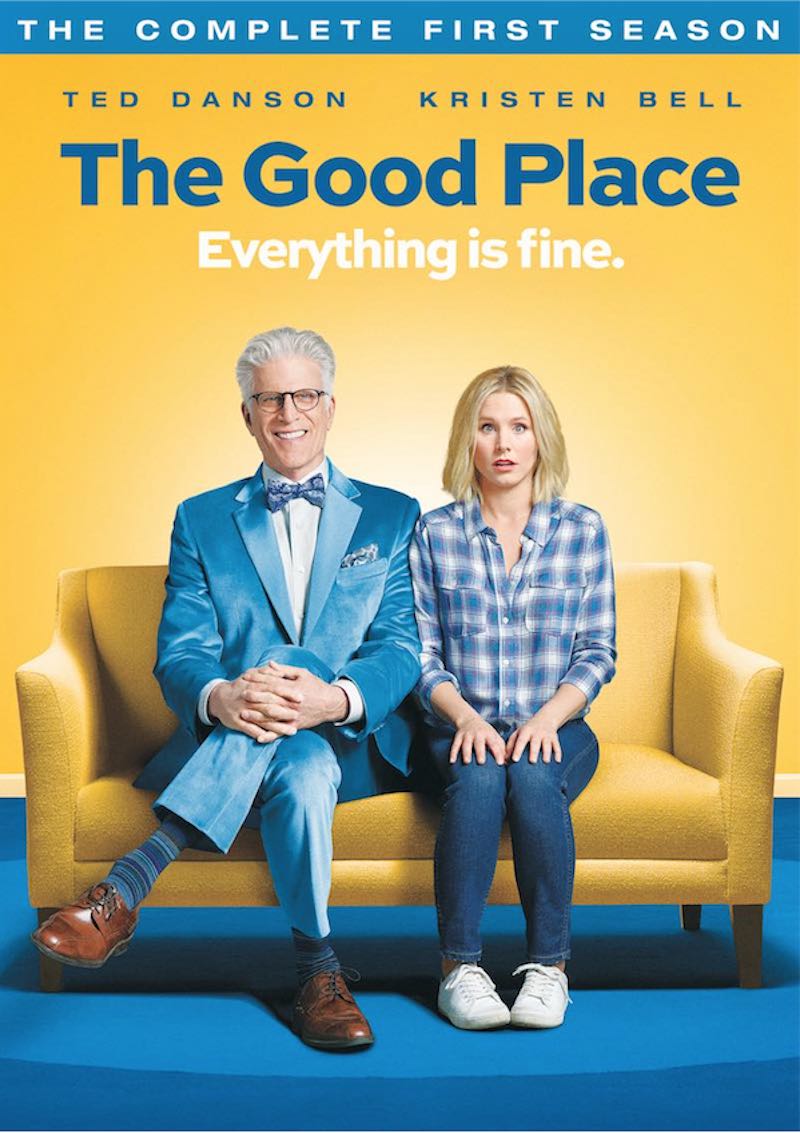 In the end, The Good Place The Complete First Season DVD is a good way to watch this fun bit of weirdness. Not as good as it could’ve been, of course, but you won’t hear me bitching about it. I’d rather not go to The Bad Place. 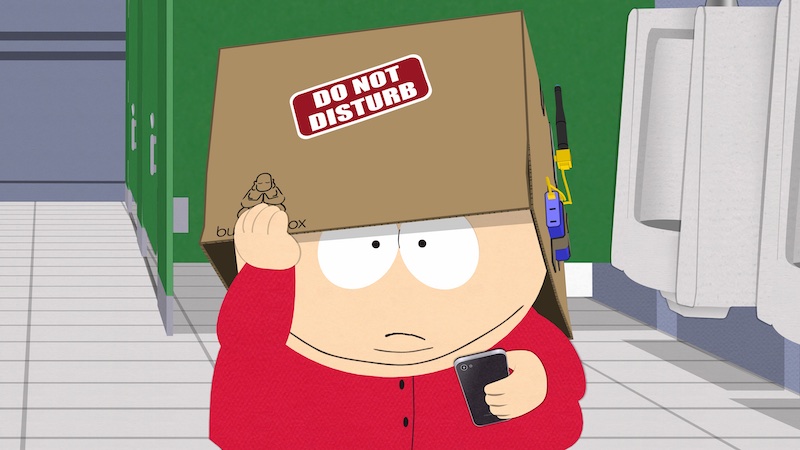 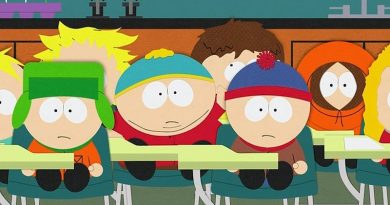 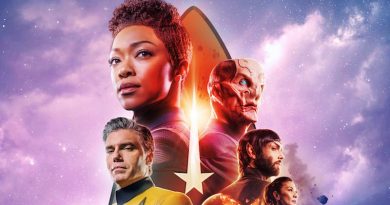