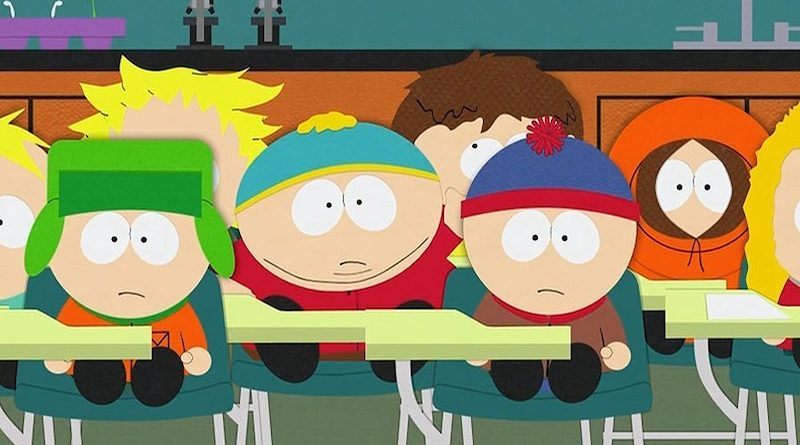 One of the fun things cartoons do that live action shows don’t is mess with their intros. The Simpsons are famous for constantly changing the couch gag and what Bart writes on the blackboard, while Family Guy have occasionally had characters interrupt the chorus line in theirs. But while most of the episodes on the South Park: The Complete Twenty-Third Season Blu-ray and DVD sets have very different openings as well, the changes go far beyond the start of the show. 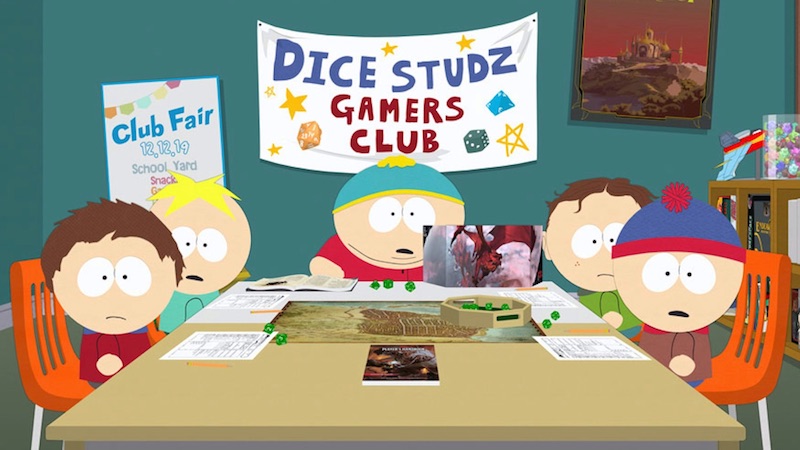 On nine of the ten episodes…

included in South Park: The Complete Twenty-Third Season Blu-ray and DVD, the show doesn’t open with the usual shots of the town and its residents, or the iconic theme song by Primus. Instead, the first six episodes start like the show is now called Tegridy Farms (complete with Randy Marsh’s take on Primus’ theme song), while “Board Girls,” “Turd Burglars,” and “Basic Cable” are made to look like they’re sitcoms called PC Babies and One For The Ladies, and a spy show titled The Scott Malkinson Show. Only the last of the ten, “Christmas Snow” is presented as an episode of South Park, complete with the normal opening.

But as I said to earlier, the differences in the episodes on the South Park: The Complete Twenty-Third Season Blu-ray and DVD don’t end with the title scene. For example, the episodes of Tegridy Farms are all about Randy’s weed farm, with him trying to expand into the Chinese market (“Band In China”), turning leftover stems and seeds into plant-based burgers (“Let Them Eat Goo”), and dealing with his daughter’s problem with weed (“Tegridy Farms Halloween Special”). And while the six Tegridy Farms episodes don’t form a really long, movie-like story the way the “Imaginationland” (Season Eleven) and “Coon And Friends” trilogies did (Season Fourteen), they do share some narrative through lines and running gags.

Regardless of how they begin, though, all of the episodes on the South Park: The Complete Twenty-Third Season Blu-ray and DVD are still South Park episodes. This isn’t like when they did the “Terrance And Philip In Not Without My Anus” episode during season 2, which was an entire “Terrance And Philip” episode and didn’t feature anyone from South Park.

Though having said that, the episodes on the South Park: The Complete Twenty-Third Season Blu-ray and DVD are sometimes less about the kids and more about their parents. Which isn’t to say that Stan, Kyle, Kenny, and Cartman are MIA, more that they’re often relegated to the secondary story in these episodes. In the “Turd Burglars” episode, for instance, the main focus is Kyle’s mom and her friends, but there’s a related subplot about Stan, Kenny, and Cartman trying to get a copy of the video game Star Wars: Jedi Fallen Order.

Even when the kids’ stories and the adults’ cross over in some way, the adults are still the primary focus. In “Band In China,” for example, the main story is about Randy trying to expand Tegridy Weed into China, while the secondary story — in which Stan, Kenny, Jimmy, and Butters forming a death metal band, only to run into issues when their plans for a Bohemian Rhapsody-esque biopic are derailed by the requirements of, yeah, the Chinese market — is driven by Stan’s hatred of his dad’s pot farm. 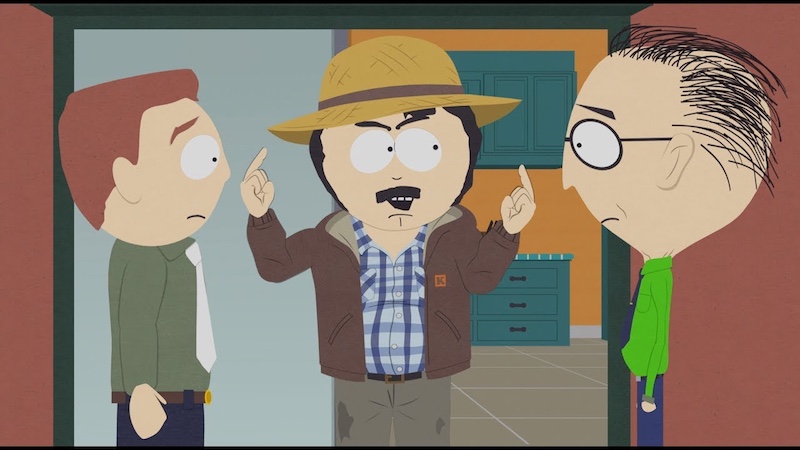 that the best episodes — or as the case may be, the best parts of these episodes — are the ones in which Stan and the gang take center stage. In “Mexican Joker,” Cartman gets revenge on Kyle by calling ICE on the Broflovskis; “Shots!!!” has Cartman’s fear of needles leading him to become an anti-vaxer; while the best part of the “Tegridy Farms Halloween Special” is the subplot in which Butters has issues with a mummy.

And yet, while the kids may not be center stage this season, these episodes are, overall, better than the ones in the Season Twenty-Two, Season Twenty-One, and Season Twenty collections, many of the which were parent-centric. The aforementioned “Tegridy Farms Halloween Special” episode not only has some classic Butters moments, but the truth about Randy and Towlie is hilarious as well, and the same can be said for how Cartman’s reacts to the school’s healthier lunch menu in “Let Them Eat Goo.”

As for how the ten episodes on the South Park: The Complete Twenty-Third Season Blu-ray and DVD look and sound, well, as always, they’re pristine, especially in the former format. They also, as usual, don’t have any commercials, or pop-up ads for other shows on Comedy Central, and are uncensored. Though given how little Comedy Central censors stuff these days, it’s hard to notice much of a difference.

What is different is about the Blu-ray and DVD versions of South Park: The Complete Twenty-Third Season, compared to previous seasons, is in the extras. Or rather, the lack of extras. While the DVD has none, the Blu-ray only has a gallery of concept art and the same kind of “#SocialCommentary” on-screen text blurbs we’ve gotten on every South Park Blu-ray since the Seventeenth Season set.

What the South Park: The Complete Twenty-Third Season Blu-ray and DVD don’t have are any deleted scenes — though, in fairness, there may not have been any this time around — or any of the episode-specific mini-commentaries by South Park masterminds Matt Stone and Trey Parker we usually get. This doesn’t even have a season commentary like the ones they did on The Complete Twentieth Season and The Complete Nineteenth Season. And while the “#SocialCommentary” texts do have some interesting insight, they’re never as funny or enlightening as when Stone and Parker talk about the show themselves. 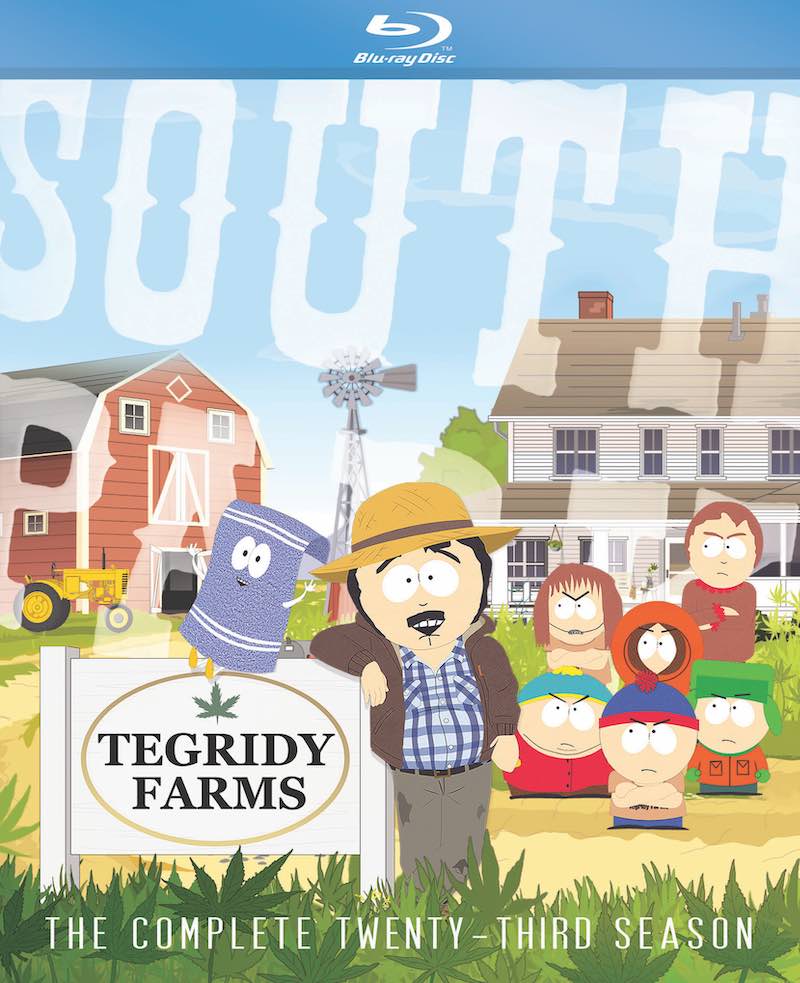 not having the usual commentaries, or any other extras, may be a deal breaker for people who buy South Park Blu-rays and DVDs for more than just the episodes. But for those of us who are show first, extra seconds, the South Park: The Complete Twenty-Third Season Blu-ray and DVD are still the best way to watch what was a very of good season of, well, whatever show this was. 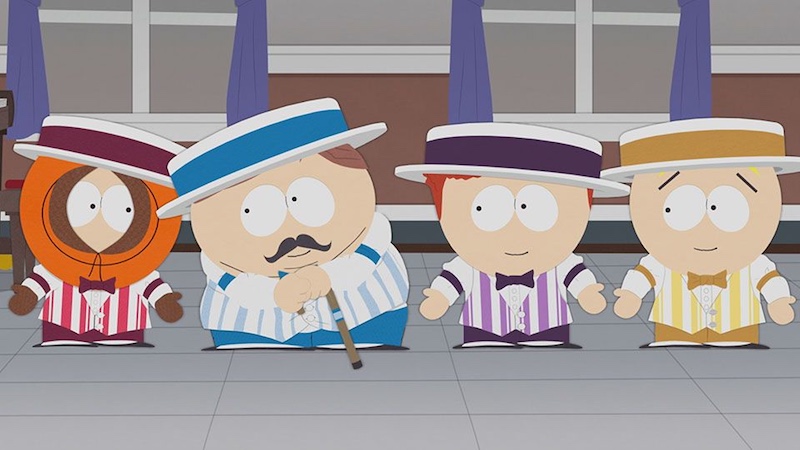 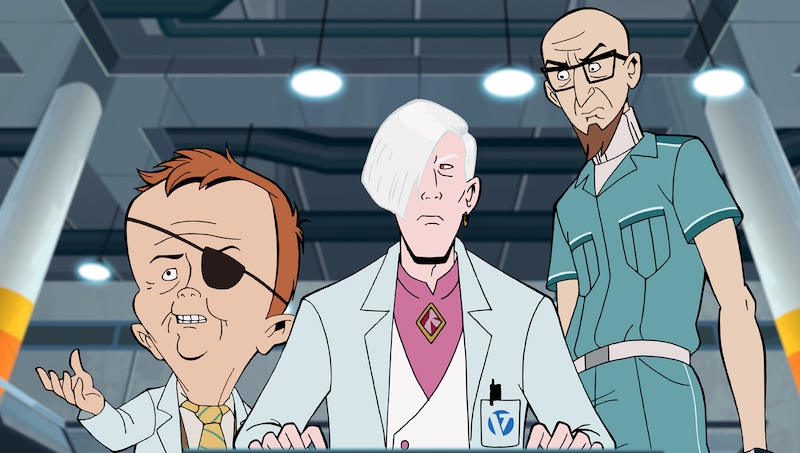 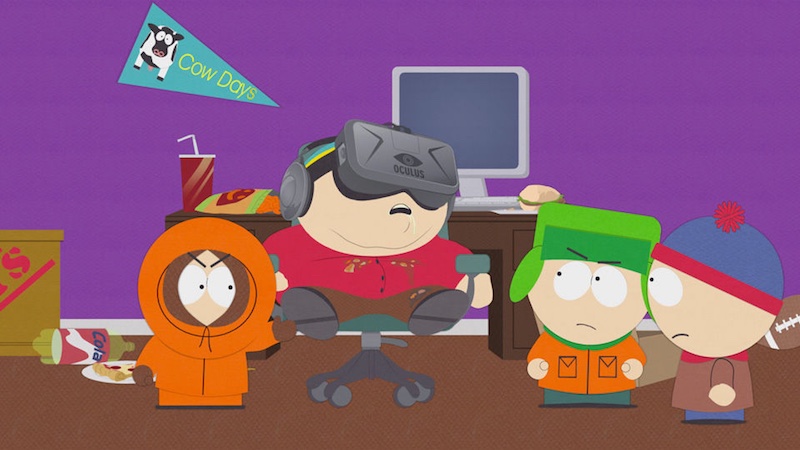