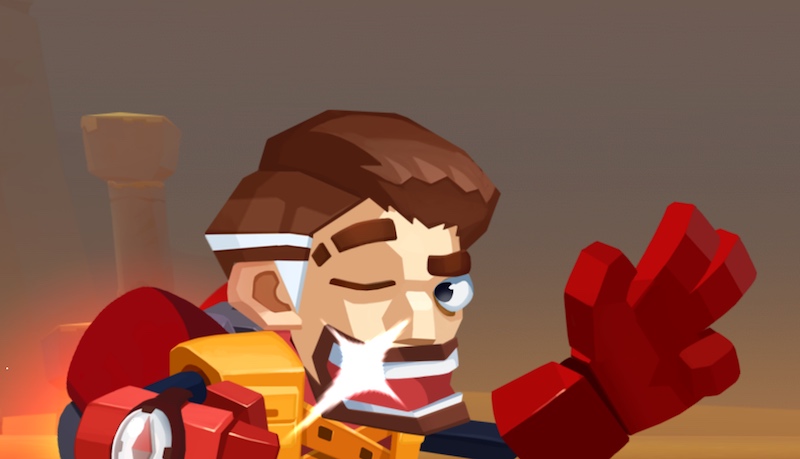 As an old fool who likes to kick it old school (well, sometimes), I always appreciate when someone makes a side-scrolling shooter that brings me back to the days of Defender, Gradius, and R-Type. Which is why I spent the last couple days playing Shoot The Dragons (iOS), a simple but addictive free-to-play shoot-’em-up that made me want to stick quarters into my iPad. 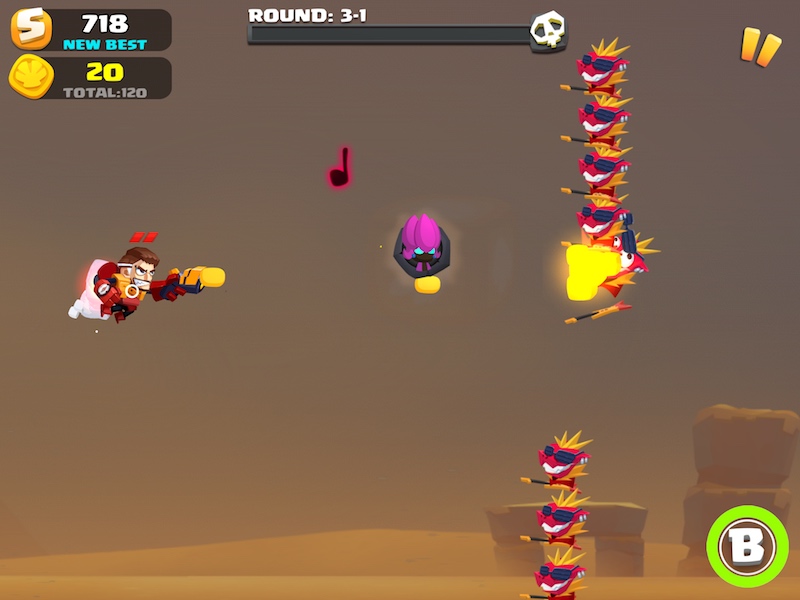 Set on the planet Pandora — no, not the one from Avatar — Shoot The Dragons casts you as The Adventurer, who looks and dresses like Tony Stark from Iron Man if he didn’t wear a helmet and was getting a little grey around the temples. Flying through the air, you have to shoot anything and everything that moves, sometimes more than once if you want them to die.

Doing all this shooting is fairly straightforward in Shoot The Dragons. Using just one finger, you move The Adventurer around the screen, up and down, left and right. All the while, he keeps shooting, never running out of ammo, and always facing forward, the same direction he’s usually moving. Along with your regular gun, you also have rechargeable special attacks which, while not as powerful as the Smart Bombs in Defender, do get the job done nicely.

As you progress through Shoot The Dragons, you earn coins that can be used to upgrade The Adventurer’s weapon systems, and even the number of lives you get to sacrifice in the name of justice or whatever it is he’s fighting for.

Like other side-scrolling shoot-’em-ups, Shoot The Dragons also has power-ups that transform you mid-battle into different characters. The kicker here that these kinds of power-ups don’t always improve The Adventurer. Instead, you sometimes swap places with your buddy, of which there are numerous kinds, and each with their own abilities. While Ninja Mouse aids The Adventurer by climbing onto his back, Envoy Nightwind instead takes his place, becoming a hero who not only shoots, but can also deploy a temporary one-way shield.

Shoot The Dragons also lets you pick which of these buddies, up to four, you want to have on any given mission. Though you don’t get to pick who shows up when. Instead, when these power-ups appear, it cycles through the different buddies, and if you want someone specific, you have to time it just right. In addition, these buddies can also, like your main hero, have their abilities upgraded, which could affect which one you want when. 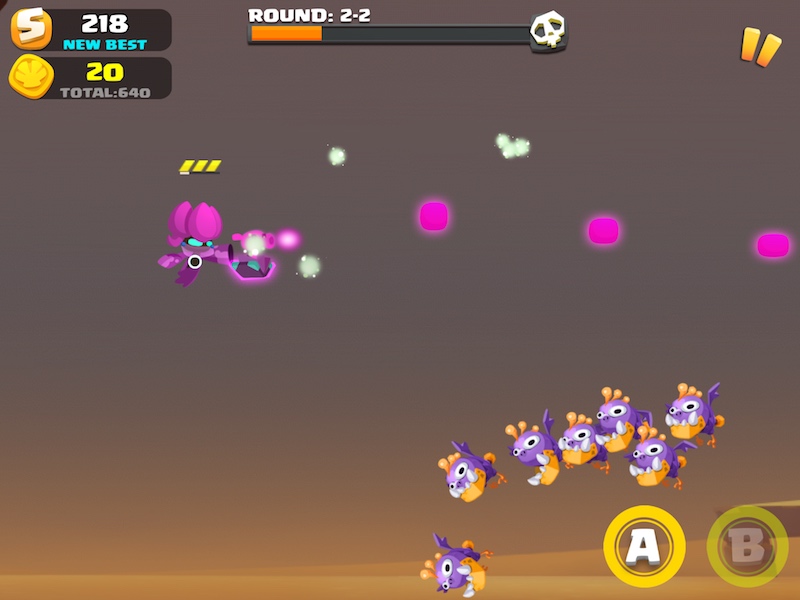 Another way that Shoot The Dragons differentiates itself from similar old school shooters is that when you fight a boss, you only have so much time to defeat them. And if you do this with time to spare, you then have to tap the screen quickly to suck them into what looks like a vacuum cleaner like you’re some kind of a Ghostbuster.

This, unfortunately, is not the only bit of silliness you’ll find in Shoot The Dragons. For starters, the game employs a cartoony, and slightly blocky visual style. You know the kind, where the heads are disproportionally big and the eyes even bigger. But some of the enemies you fight are a bit too cartoony to feel like serious threats, such as the alligator waiters carrying both your check and your meal, or demons who wear sunglasses and throw notes at you.

Goofy-looking characters aren’t the only issue I had with Shoot The Dragons. Though like the look of the gator waiters and the jazz demons, none of these problems are especially problematic. For instance, these buddy power-ups come way too often, and hang around way too long. As a result, you play more as your buddies than you as The Adventurer, which makes your special friends feel a lot less special.

It’s also inconvenient that while you can turn off the music or the sound effects in Shoot The Dragons, you can’t turn either of them down. Which means that if you like the music, but find it so loud that it overwhelms the sound effects, you’re out of luck.

Shoot The Dragons also has the usual microtransactions you find in most free-to-play mobile games these days. And while it’s not as pushy or as onerous as they are in some games, if that kind of stuff annoys you… 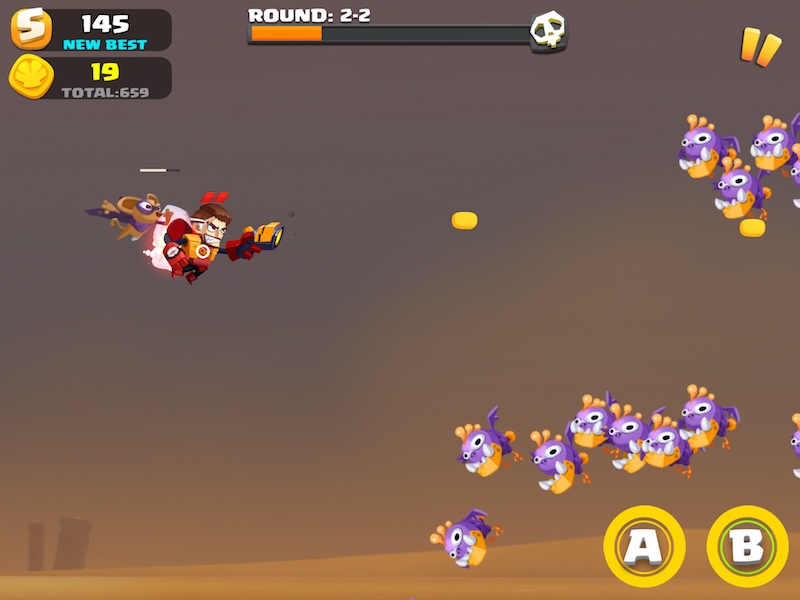 Even with all of these minor irritations, though, Shoot The Dragons is still an engaging old school arcade game. Sure, it’s not totally old school, but then, I’m not that much of an old fool. 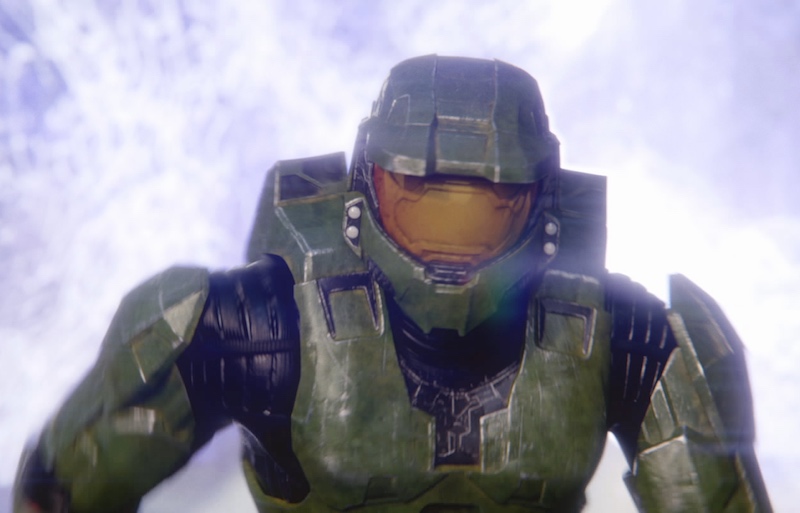 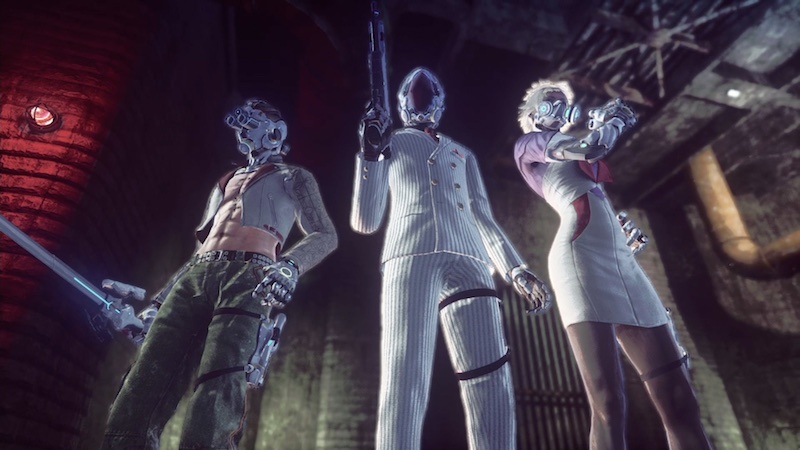 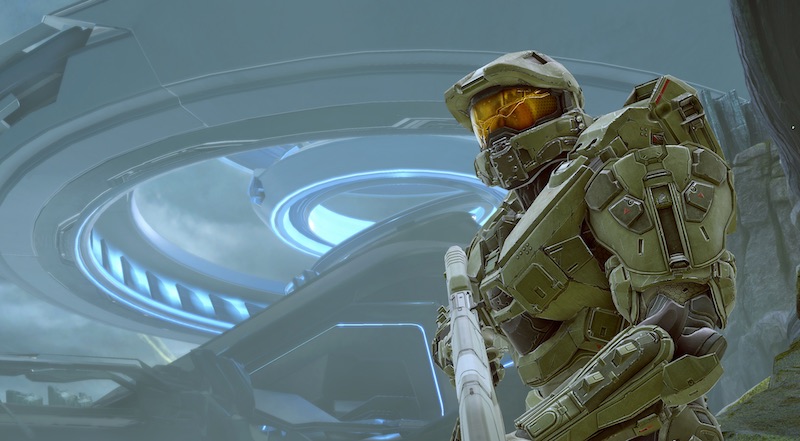