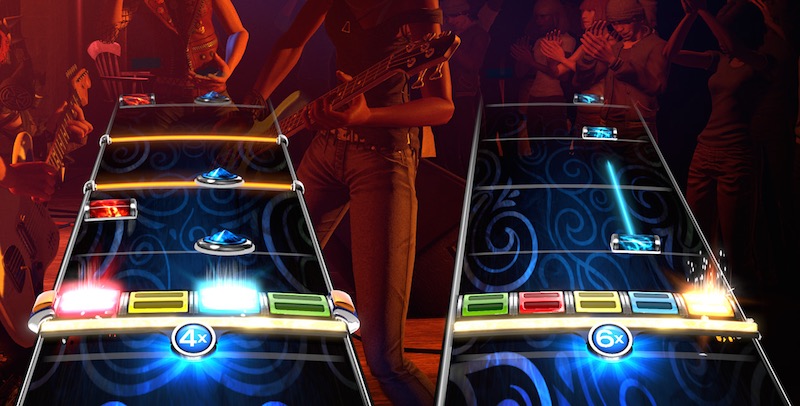 When Rock Band 3 came out in 2010, its lousy song selection and unwillingness to let me play at the difficulty level of my choosing irritated me so much that I rage quit after just a few tunes and never looked back. But while the former problem continues in Rock Band 4 (Xbox One, PlayStation 4), I’m happy to say the latter has largely (though not totally) been excised, making this a rather welcome comeback. 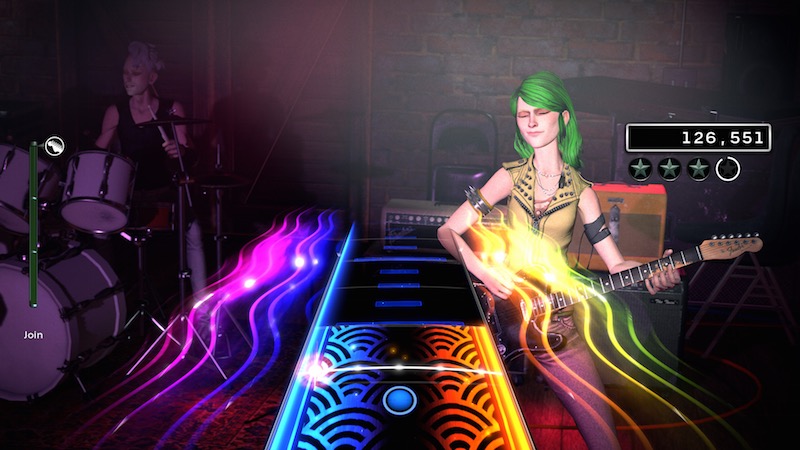 For those who’ve never played a Rock Band game before (or a Guitar Hero one for that matter), the basic mechanics of Rock Band 4 are fairly straightforward. Colored notes move down an on-screen fretboard, and when they crosses a line, you hold down the corresponding button on the guitar controller and hit the strum bar, or hit the same color drum on the drum controller, or sing the right note into the mic. Points are awarded for doing this correctly, and if you hit enough in a row, you earn a multiplier up to 4X. You can also hit silver notes to fill up a meter that, when activated, will temporarily double that multiplier up to 8X.

Not surprisingly, Rock Band 4 largely sticks to the established fundamentals. Though it does add to them in interesting ways. The biggest of which are the addition of guitar solos, which are optional and only in some songs (though, interestingly, they’re in some pre-Rock Band 4 songs you can download as well). Instead of having you hit specific notes in order, you can hit whatever note you want. Or, if you want to earn some points and keep your multiplier going, you can instead follow the pattern and hit any note as long as it’s in time, hold a note when told to, or switch from the buttons at the top of the guitar’s neck to the ones closer to the body, and vice versa, to follow the pattern. By giving these solos some structure, but still leaving some of it up to you, these solos are a nice change of pace.

Though it is a bit off-putting that the guitar in these solos don’t sound like the ones in the real song. The one in Van Halen’s “Panama,” for instance, doesn’t sound like it’s being played by Eddie Van Halen; it sounds like some guy who just walked into the Guitar Center to buy his first guitar. Which may not sound like a big deal, but when playing a song you really like, it makes a big difference.

Now, if you play Rock Band 4 with other people, you’ll find this game is otherwise the same as the previous editions, and you can skip down to where I start railing about how the songs that come with this game are terrible and not a lot of fun to play. But if, like me, you play Rock Band on your own, or with friends but for the challenge, then I have some good news. And that goes double if one of the people who want to play with isn’t that good at these kinds of games.

That’s because, unlike previous versions, the career mode in Rock Band 4 doesn’t force you to play at a higher difficulty level than the one you chose. In the original Rock Band or Rock Band 2, playing on “Easy,” for instance, only had you using the first three buttons. But in Rock Band 3, you were forced to use the fourth as well. Rock Band 4, however, compromises. While you mostly use the first three buttons if you play on “Easy,” there are some instances where it will have you using the fourth or fifth, but only momentarily, and always when it’s easy for you to get your fingers back in place. And this isn’t just true for the “Easy” setting. While Rock Band 3 pulled a similar dick move on people who wanted to play it on “Medium” or “Hard,” Rock Band 4 thankfully dials it back. 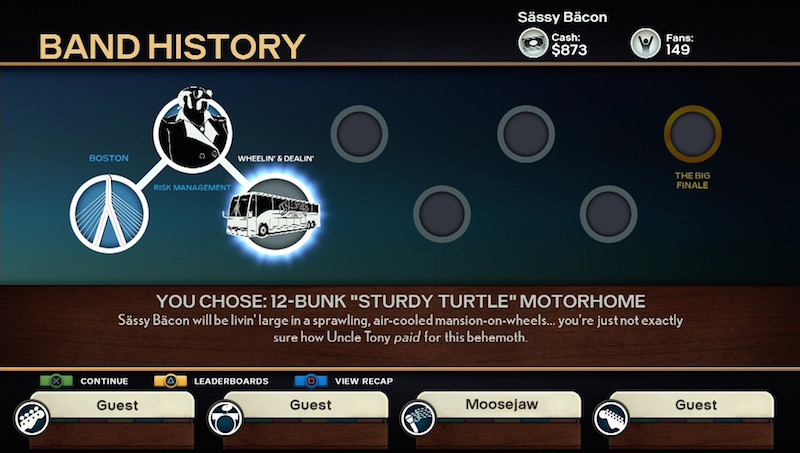 Rock Band 4 also has a far better career mode. In previous incarnations, the game’s “tour” mode had a more open structure, but it was so free flowing that you never felt like you making any kind of progress. But the one in Rock Band 4 has a more linear structure, which makes you feel like you’re actually accomplishing something.

Instead, Rock Band 4 gives you freedom of choice in what songs you’ll play during your tour. Where previous versions usually told you what tunes to play, you now get to pick from a list of twenty or so songs, while at other times you’re asked if you want to play, “A rock song” or “A song from 1977” or “A song with a female vocalist.” But while it does incorporate songs you’ve bought separately — which is why I keep getting asked if I want to play, “A song by Rush” — you’re never given access to the full Rock Band 4 tracklist nor your whole library. Which unfortunately means that yes, at some point you may get stuck playing that horrible 4 Non Blondes song. Thank god you can play this game with your stereo on “mute.”

While the change in difficulty and career path makes Rock Band 4 more fun than its predecessors, it still suffers from a problem that has long plagued this series: the aforementioned lousy song selection. While you can buy new songs for this game, and can even import tunes you bought for the earlier games (well, so long as you buy Rock Band 4 on the same brand of system as the one you played those previous installments), the songs that come built-in leave a lot to be desired. For every rockin’ tune by Aerosmith, Rush, or Van Halen (or Avenged Sevenfold, Hailstorm, or Heaven’s Basement if you’re not middle-aged), you get a dull — and, more egregiously, dull to play — track from 38 Special, The Gin Blossoms, Paramore, Live, The Outfield, and Scandal, to name just a few of the horrible bands in this game.

That said, the issue with the song selection in Rock Band 4 is as much about genres that are fun to play as it is about personal taste. Pop and pop rock songs are typically simple, while rock, hard rock, and metal are typically more complex. As a result, pop and pop rock tunes aren’t as challenging, and thus not as much fun to play, as stuff that’s heavier. Case in point: R.E.M. has been one of my favorite bands since 1985, but the simple “The One I Love” isn’t all that fun to play in this game. 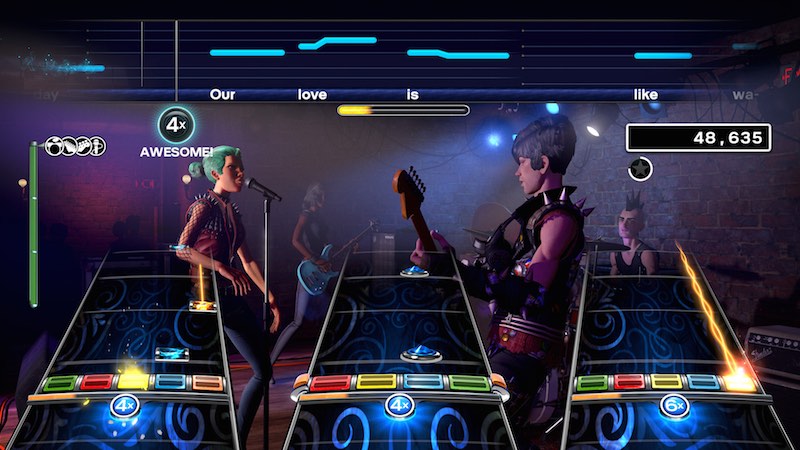 In the end, Rock Band 4 isn’t exactly the Rock Band game I was hoping for. It’s still trying to make me get better when I don’t want to, and is still making me play shitty songs. But when it’s good — when you’ve found a difficulty that makes you feel like a rock star, and you’re putting it to the test on a great song that’s fun to play — this game rocks harder than it ever has before. Which makes me want to rage in a very different way. 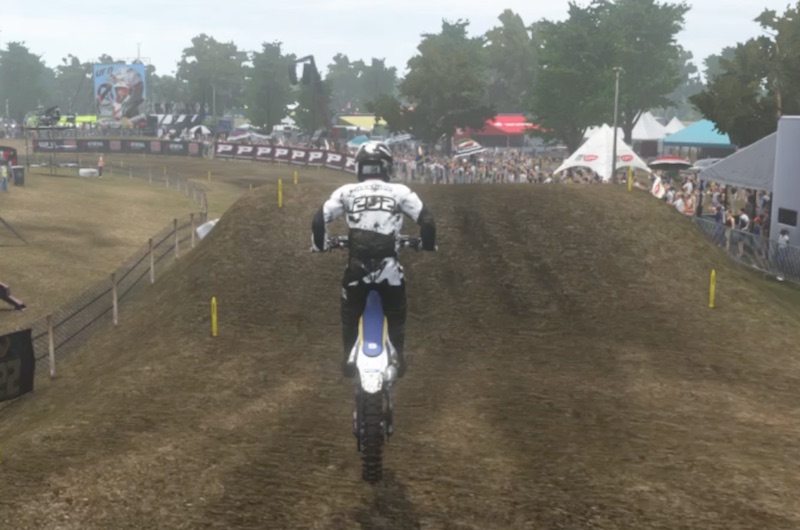 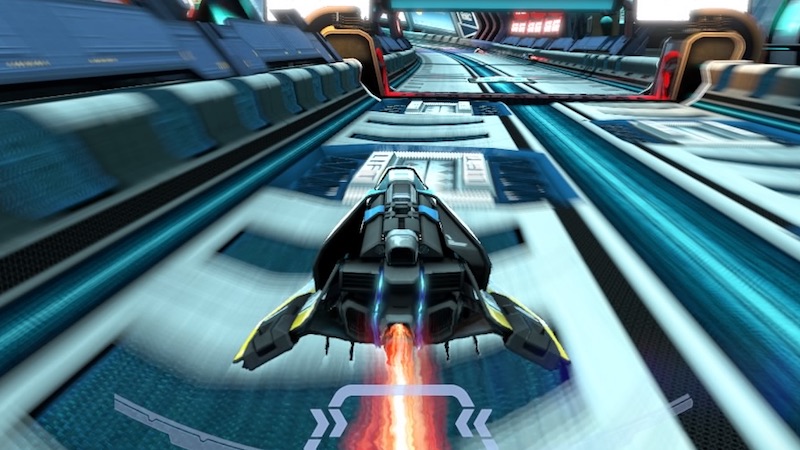 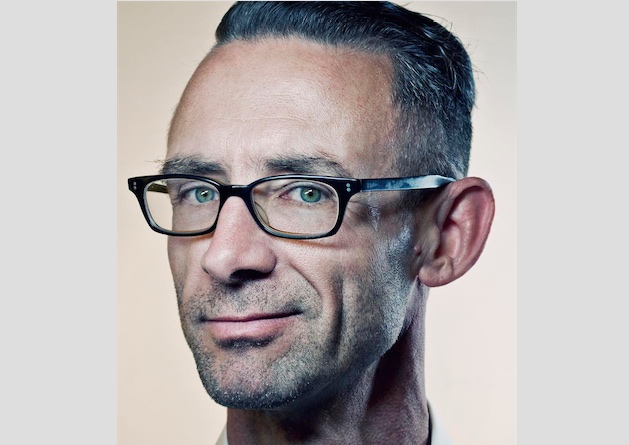