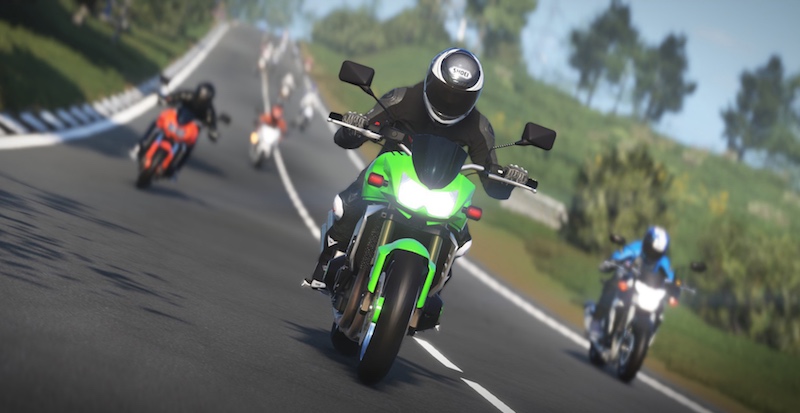 In anticipation of the motorcycle racing game Ride 2 (PlayStation 4, Xbox One, PC) coming to North America on February 14th, the good people at Square Enix (who are publishing it) invited journalists to their offices in Los Angeles to get some hands-on time with the game while chatting with lead programmer Michele Caletti from Italy’s Milestone S.r.l. 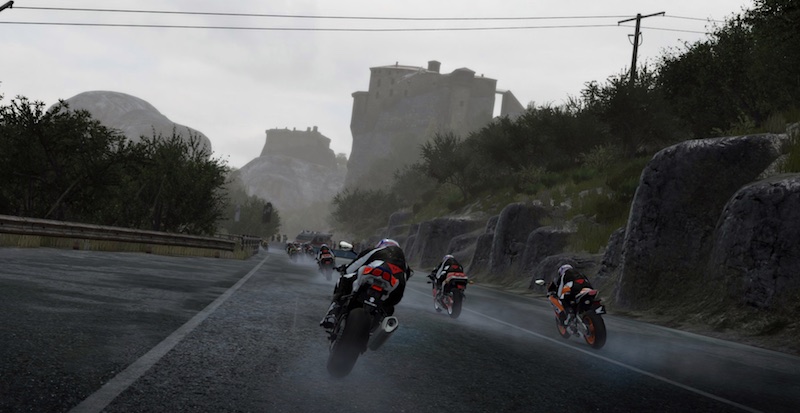 For those unfamiliar with the European version of Ride 2, the game is essentially a motorcycle version of Forza Motorsport 6. While it has authentic physics and controls, it also gives players the option of turning on or off such augmentations as braking assistance or how much the tires grip the road. While turning them off makes this feel like a simulation, turning them on turns this into more of an arcade-esque racing game. It even includes one augment that changes a bike’s front and back brakes from being controlled individually — like they are on real motorcycles — to being activated by a single button.

That said, Ride 2 never feels as arcade-like as Mario Kart 8 or something similarly simple. In fact, it doesn’t even get as arcade-y as Forza Motorsport 6, really, if only because people can wipe out or fall off a motorcycle, which is something you can’t do in a car. And no, you can’t turn this off in Ride 2, either. But having taken one of the bikes for a couple laps, turning on all of the assists did make this feel far less sensitive — or oversensitive, as the case may be — than other motorcycle sims I’ve played.

Ride 2 also shares some gameplay mechanics with the Forza games. For starters, you have the option of employing a race line, which puts arrows on the track that show you where to drive and whether to hit the gas or the brake. You also have the ability to rewind and replay part of a race — y’know, like when you fall off your bike — something Caletti says the Forza series actually took from their 2005 PlayStation 2 game, Alfa Romeo Racing Italiano, though he quickly admits it was an idea they took from the Prince Of Persia games.

There are also multiple viewpoints in Ride 2, including a third-person views that vary by distance from the bike, a cockpit view, a second cockpit view for people smart enough to wear a helmet, and one that makes you feel like you’ve been strapped to the front of the bike.

While Ride 2 is rather Forza-esque, it does have aspects common to other racing games as well. For instance, it features around two hundred and forty real motorcycles, including both professional race bikes along with ones you could drive to work. Just not Harley’s, choppers, or other kinds of touring bikes, since, Caletti explains, those aren’t really made for racing. You can also customize your motorcycles, aesthetically and performance-wise, with real parts and, well, virtual paint.

There are also dozens of real tracks in Ride 2, along with courses Caletti and his coworkers made by adapting real streets in Japan and other countries to be more race-friendly, and two closed street tracks set on the real roads of Milan and Miami. The game also has you racing on sunny days, right when the sun is going down, and on rainy days (and yes, the latter impacts performance as well). 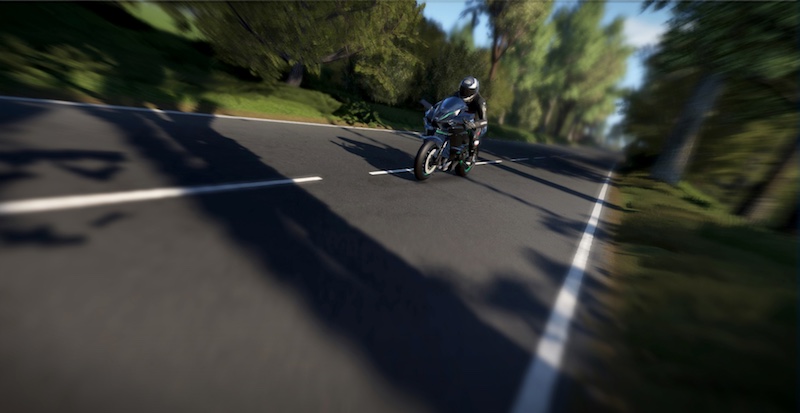 But while this depth is similar to what you get in a many racing games, there are aspects of it that are unique because Ride 2 is a motorcycle racing game, not a car one. For instance, while Forza Horizon 3 let decide if you want to be a boy or a girl, Ride 2 lets you dress them up in helmets, boots, and other clothes that come courtesy of real companies. And all can be customized, color-wise. You can even adapt how your driver sits on their bike — such as the angle of their elbows when taking a turn — which, Caletti explains, will also impact your performance, though only slightly.

Ride 2 also distinguishes itself from Forza and other racing games in how the single-player career is structured. Rather than have you go through a series of race events, either in a linear path or through multiple choice, Ride 2 starts off by having you play your choice of eight different races from the “Seasonal Events” section. Once you complete eight, it unlocks others in the “Invitational Event” section, while earning gold medals in races unlocks events in the “Championships” section. You can then unlock more events in “Invitation” and “Championships” by completing additional events in “Seasonal.”

All of these events in Ride 2 are varied, and not only include single races and multi-race events, but also races with specific conditions. For instance, some start you at the back of the pack and task you with coming in first, which means you end up having to weave in and out of traffic (though, unlike the Burnout games, that traffic isn’t other cars, or trying to kill you, they’re just other people on bikes trying to go fast).

Ride 2 also features teams, which are also kind of, sort of Forza-esque…but not really. Basically, when you play Ride 2, it keeps track of how you drive, much like Forza does with their Drivatar system. But while your virtual pals in Forza are your competition, Ride 2 instead lets you add three of them to your team. You can then have these virtual companions join you in events from the aforementioned career modes, or you use them to complete a series of eleven team events. You also designate one teammate to be your Right Hander, who you’ll team up with for specific two-player-team events in the career, though not in the team events section, those are all four-player-team events.

As for your competition in Ride 2, they’re also not just random collections of 1s and 0s. Instead, each driver you race against has been specially designed by Caletti and his coworkers, and have not only been given their own individual skills and stats — which stay the same throughout the game — but they also own their own individual motorcycles.

Aside from the career mode, Ride 2 also features a section of quick races, which including time trials and single races, while the game’s online multiplayer mode includes one-off races and multi-race championship events. And yes, multiplayer will support private matches. 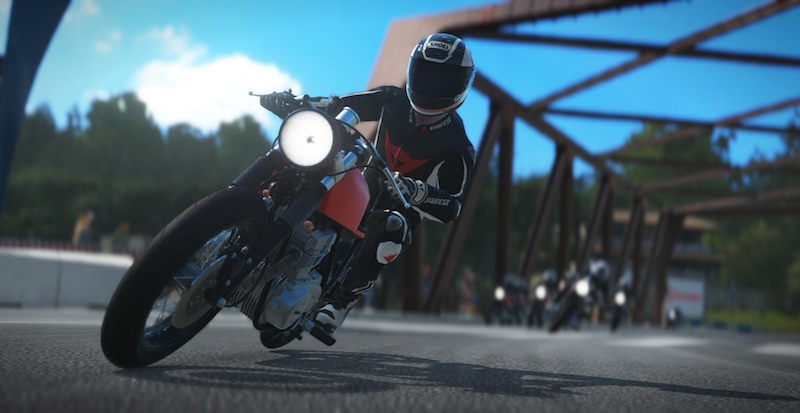 As for how this version of Ride 2 compares to the one already out in Europe, Caletti says that along with any bug fixes his team implemented, this new edition includes the forty-plus new motorcycles that were added since the game came out, which is what brought the total up to nearly two-fifty. Though he also says they’ll soon add more bikes through a mix of paid and free DLC.

Finally, I had to ask Caletti if Ride 2 being published by Square Enix meant that the game would feature motorcycles from the Final Fantasy series. Smiling, he looked over to the game’s PR person, who works for Square Enix, and replied, “I actually asked for that months ago, and was told they would look into it, but so far, nothing.” Ah well.

Ride 2 will be out for PlayStation 4, Xbox One, and PC on February 14.