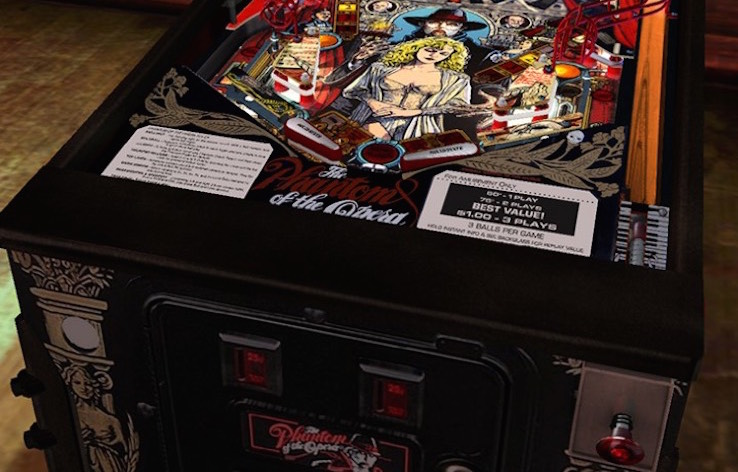 You can now read an updated version of this story that includes all of the season 4 tables. Just click here.

With new tables being added every month, I’ve decided (FarSight permitting) that I will review the new ones when I can, starting with the first five they’ve put out for Season Four. 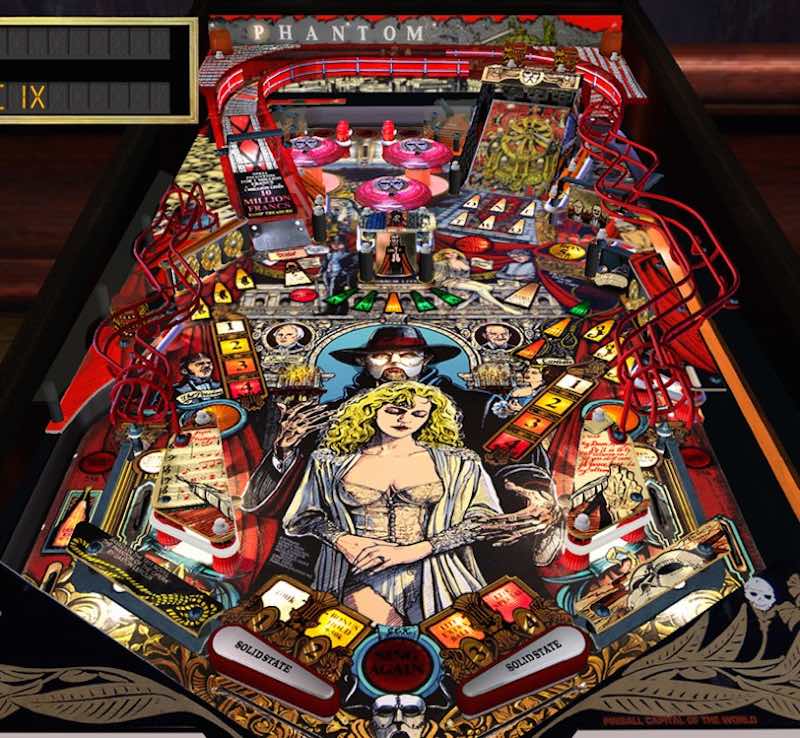 Table 31: Phantom Of The Opera

Made By: Data East

The first Data East pinball machine translated to Pinball Arcade, “Phantom Of The Opera” is a wide-open table, which makes for one fast moving ball. Coupled with flippers that are spaced rather far apart, and you might think the people who designed the original were trying to get every quarter on Earth. That said, the fast moving ball, in conjunction with some below-the-surface passageways, make it a rather fun table. Even cooler: It’s based on the original novel by Gaston Leroux, and not the Broadway musical or the movie based on the musical (though I would’ve also been into a table based on the 1925 Lon Chaney horror movie, the 1943 Claude Raines horror movie, or the 1980 Iron Maiden song). 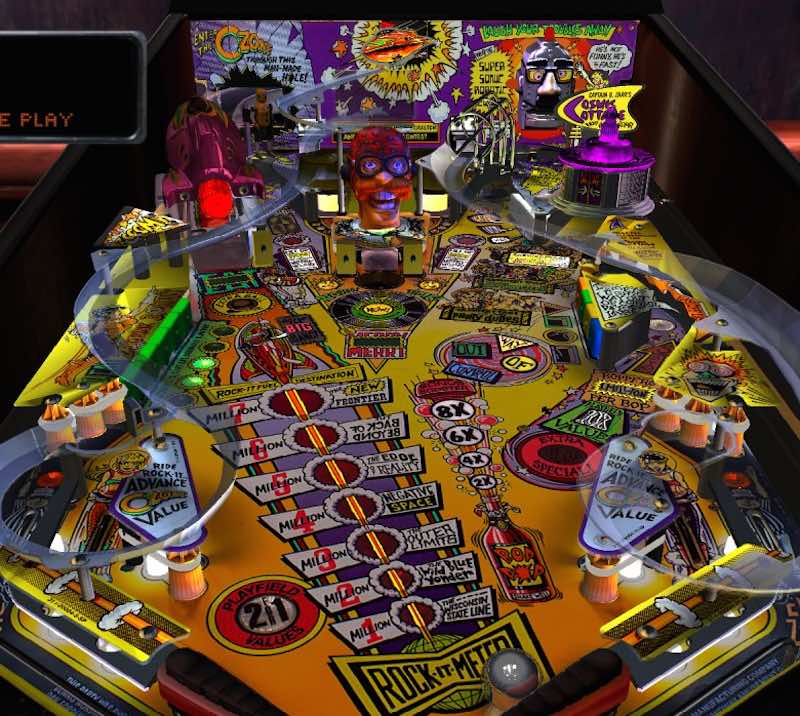 Much like the “Phantom Of The Opera” table, “The Party Zone” also has broadly spaced flippers and a wide open middle, which really lets the ball fly. But the ball goes even faster here, thanks to some curvy side ramps that whip the ball back down. As a result, this is one of the more challenging tables you’ll find on Pinball Arcade. Which isn’t to say it’s frustrating, because it’s not, just that you’ll need good flipper skills if you want to get your virtual quarter’s worth. 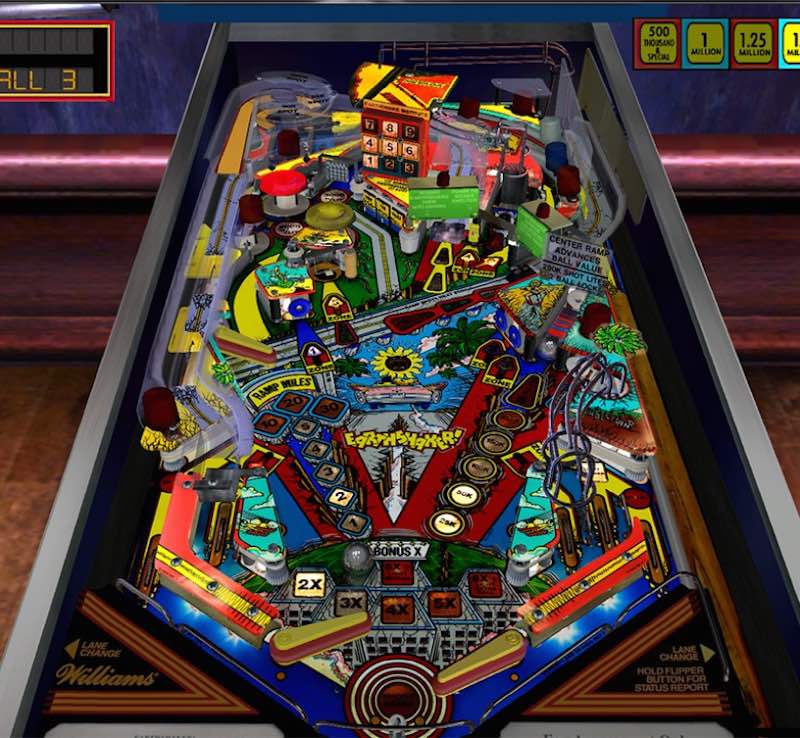 Inspired by tremors in the Earth’s crust, the table is noteworthy for having the table occasionally shake, rattle, and roll. Which is a cool effect, when it happens, but it’s hard not to wish it lasted longer than just a few seconds…which is what people say about real earthquakes. As much fun as “Earthshaker!” may be, though, it’s a decidedly tough table thanks to the spacing of the lower flippers (again) and the width of the exit ramps. 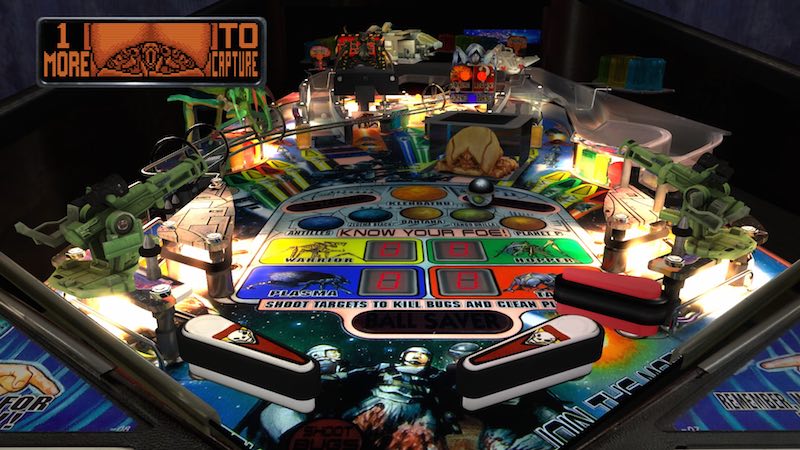 Based on the cheesy sci-fi flick of the same name, this table shares none of that movie’s shortcomings, and not just because it’s devoid of bad acting and ham-fisted political satire. Rather, it’s because it has a relatively spacious interior, which lets the balls really fly. But unlike the above tables, this isn’t nearly as tough, in part because it seems really eager to start a multiball; not only did I get them in every game I played, but I often got more than one in the same game. Even so, like the movie that inspired it, this table didn’t hold my interest as long as some other pinball machines — like, say, any of the Star Wars ones — in large part because the flippers felt heavier, and thus more sluggish, than they do on other tables. 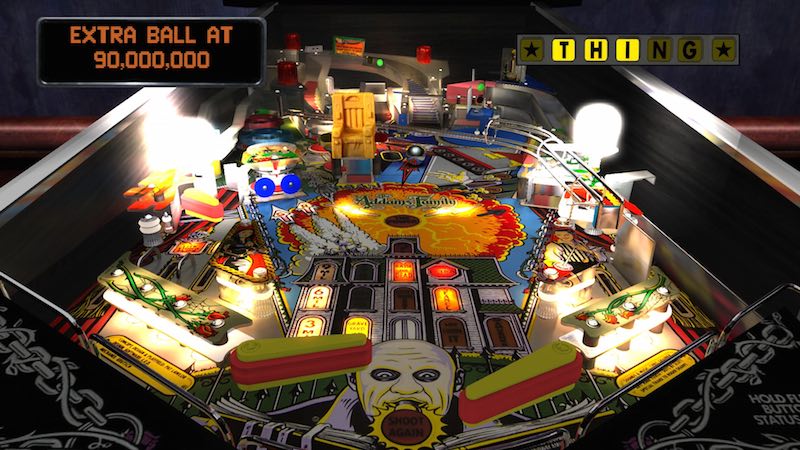 Though its also based on a movie that hasn’t aged well, “Addams Family” is arguably one of the best tables in Season Four. Which isn’t surprisingly, given that the original has been called the best pinball table of all time. And it’s easy to see why. It is, quite frankly, as classic a four-flipper table as your likely to find, with plenty of bumpers and a big ramp at the top.

As with all of the previous tables released for Pinball Arcade, the ones included in Season Four are spot-on recreations of the original physical tables. Not only do they have accurate ball physics, but they also look and sound authentic as well; doubly so if you play it on PlayStation 4 or Xbox One, which really make you feel as if you’re in an arcade, about to drop a quarter into your favorite machine.

That said, they do suffer from problems inherent to all Pinball Arcade tables. For starters, you still have to use the D-pad to navigate the menus, and can’t use the thumbsticks for some reason. Which, coupled with a menu system that presents the tables as an alphabetically list, makes finding the one you want to play a bit annoying.

In addition, because they are accurate recreations of physical pinball tables, Pinball Arcade doesn’t allow you to turn the music down or off. Which can be kind of annoying since some of the music in these tables are kind of cheesy, and can be distracting, especially at the default volume. As a result, you often can’t hear the sound of the ball rolling across the table’s “wood” surface, which takes away from the realism.

Still, as with all of the tables released for Pinball Arcade, the Season Four ones do a great job of bringing the fun of pinball home. Or wherever you play them.

Check back later for reviews of other Season Four tables. 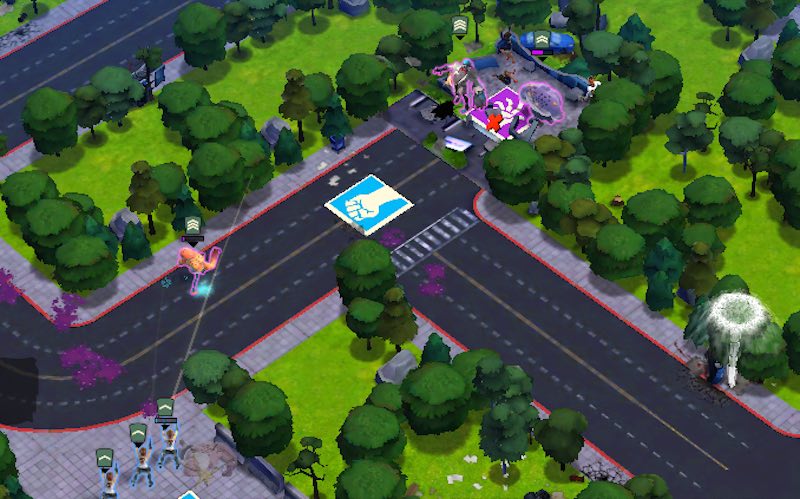 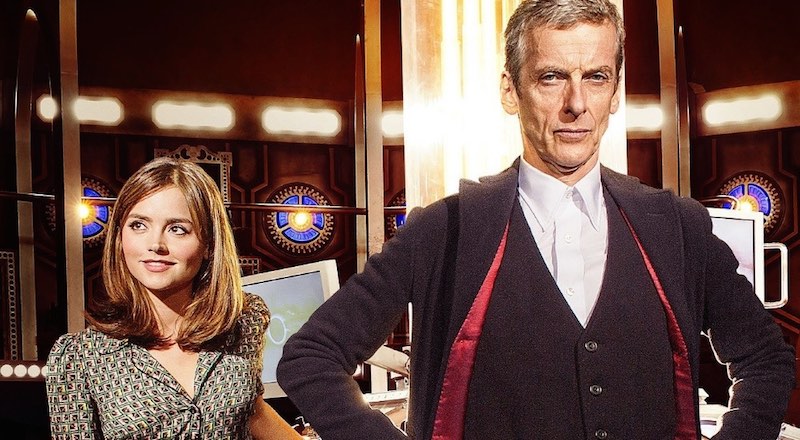 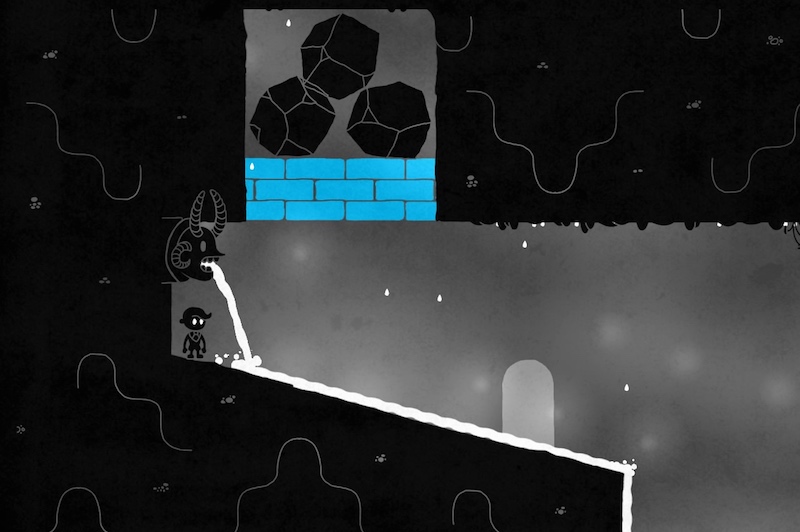