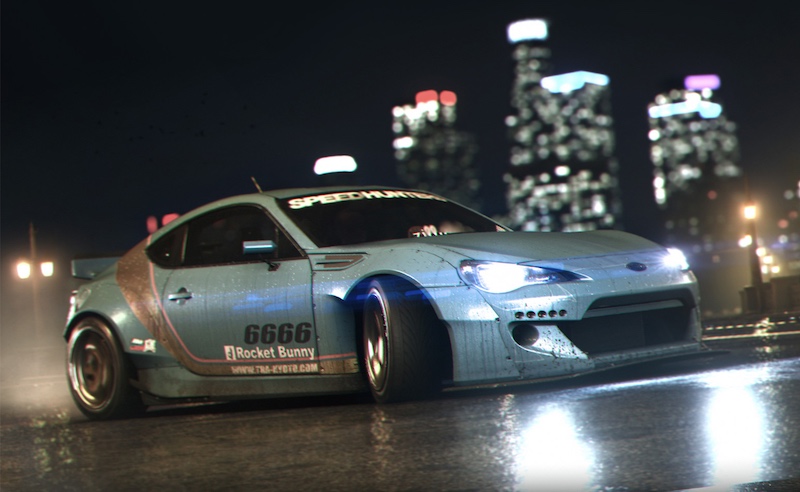 When it comes to racing games, there are three elements you have to get right: the controls, the courses, and the competition. But while the new Need For Speed (PlayStation 4, Xbox One, PC) nails the first two, it fails at the third, which ruins the game and makes this one of the year’s bigger disappointments.

For those unfamiliar with this series, Need For Speed has you driving a variety of street legal cars in multi-lap and point-to-point races, time trials, and drifting contests. But since these events happen on the streets of an open city, you have to contend with traffic, as well as the police, the latter of whom will pull you over for driving badly or above the speed limit.

Along the way, you’ll earn points for not only for completing events and winning races, but also for drifting around corners, driving against the flow of traffic, and committing other moving violations. These points then unlock new events, where you can earn more points, and so on and so forth.

What sets this Need For Speed apart from previous models is that you can modify how the cars handle, which impacts the controls. Much like the Forza Motorsport and Forza Horizon games, you can opt to make this play like an arcade game, or more like a sim. Granted, it never feels like Mario Kart 8, nor Gran Turismo 6, but there is a big difference between the two ends of the spectrum. In fact, as someone who prefers his virtual cars to drive as if he just replaced the tires and brake pads, I actually found the arcade-ish controls in Need For Speed to be a slightly better than the Forza Motorsport 6 with similar settings.

Having solid controls is important because Need For Speed also does a good job with its courses. The city’s streets are curvy and intricate, which makes for some challenging drives. The game also strikes a good balance when it comes to number of laps and course length, while having some traffic on the road further adds to the complexity of each race.

Need For Speed also does a half-way decent job of populating the open world with collectibles, optional events, and even some skill challenges. You can also run into other players, since the game’s integrated multiplayer means there’s other players driving around, and you can challenge them to any kind of race.

Unfortunately, this is where the game’s problems begin, though they are, admittedly, of varying degrees of annoyance. When it comes to multiplayer, for instance, the lack of a dedicated multiplayer section is irritating if you’re someone who only wants to race other people. And while people who don’t play well with others can opt to play this offline, you frustratingly have to enable this setting every time you play.

Finding out about new events in Need For Speed is also irritating, but only because you hear about them via your in-game cell phone. Which wouldn’t be a problem if your friends didn’t call you every five seconds, and if you’d sprung for a phone that doesn’t make a shrill sound whenever it vibrates. Thankfully, the game doesn’t vibrate the controller as well; if it did, I would’ve quit this game before the first race ended.

Getting to new events in Need For Speed can be tiresome as well. When driving to the starting line, you don’t see any markers on the road directing you, unlike when you’re in a race. Yes, there is a map, and it shows you the way, but given how intricate and twisty the streets are, the map is sometimes hard to follow, especially when you just glance over at it real quick while weaving in and out of highway traffic. Then again, those race markers don’t really work all that well to begin with because they’re dark blue on black asphalt, as opposed to a brighter color. Or floating in the air. Or both.

More egregiously, Need For Speed doesn’t have a fast travel system that would let you just go to an event instead of having to drive to it. Which would be especially helpful here since the city is big, and events aren’t always close together. Granted, just driving around in Need For Speed is more useful than it is in most open world racing games, since you can earn points while cruising around. And yes, I recognize the irony of complaining that you have to drive in a driving game. But when you have to drive all the way across town just to get to the next event, it’s as annoying as, well, driving all the way across town in real life.

Need For Speed also has a lot of small but still inexplicable problems. Like how, when you opt to play offline, the pause button doesn’t actually pause the game. Or how, when you get to an event marker, you have to be facing the right way, unlike in every other open world racing game ever made. It also some seriously long load times, though I suspect they’ll be shorter when the game gets its first patch.

Then there’s the story. Like some of the previous games, the career in Need For Speed is driven (no pun intended) by live action movies that give you context for all your speeding. But where they’ve sometimes been entertaining, and other times entertaining because they’re laughably bad, the story this time around is so rote, and features such generic characters, that you’ll be glad you can skip the cutscenes easily.

But the biggest problem with Need For Speed — the one, as I mentioned, that ruins this game — is the rubberband A.I.; how your computer-controlled opponents seem to drive much better when they’re losing than when they’re winning. If you’re behind, and drive well, it’s not hard for you to catch up. But if you pull ahead, and start to put some distance between you and the rest of the pack, your opponents will suddenly catch up and blow past you as if they just remembered that the gas pedal makes the car go. If I didn’t know better, I’d say the A.I. was cheating.

As a result, Need For Speed feels like an exercise in futility. What’s the point in trying if your competitors are just going to whiz past you without rhyme or reason? I can’t tell you how many times I was in the lead as I heading into the home stretch, only to finish in third or fourth place because a bunch of cars blew past me at the last second. And not by using their nitro boost, either. It is — no joke, no exaggeration — the worst rubberbanding I’ve seen in a racing game in a very long time, maybe ever.

Were it not for the rubberband A.I., Need For Speed would’ve been a both a rock solid racing game and the best installments in this series in years. It may have even been on par than Forza Motorsport 6, which one of this year’s best games. But, as is, Need For Speed is instead frustrating, flawed, and ultimately futile, making it one of the year’s biggest letdowns. 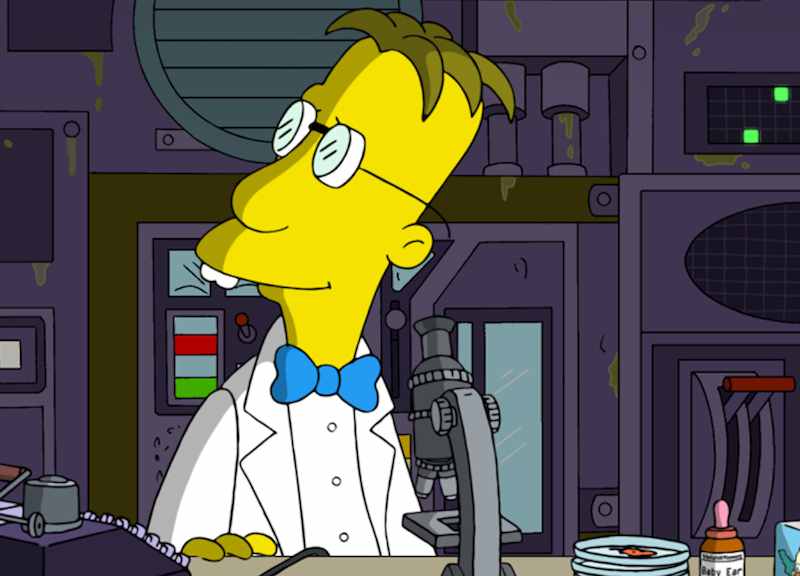 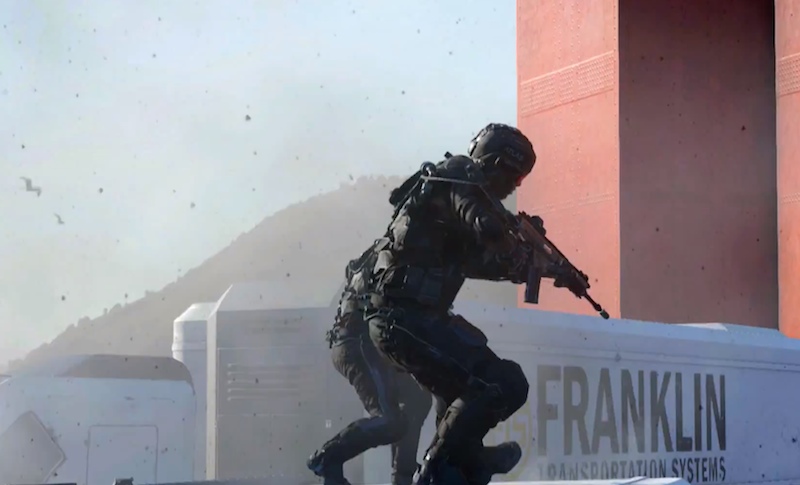 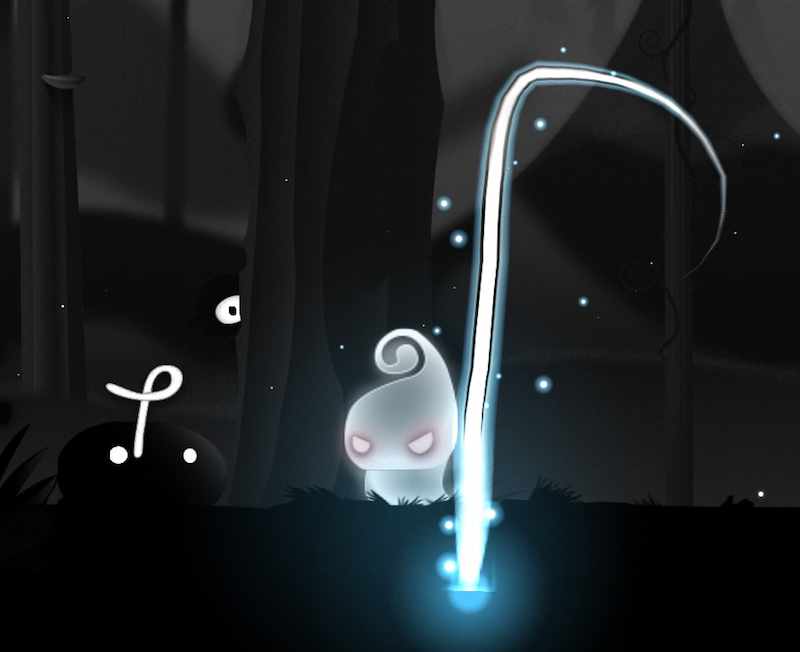