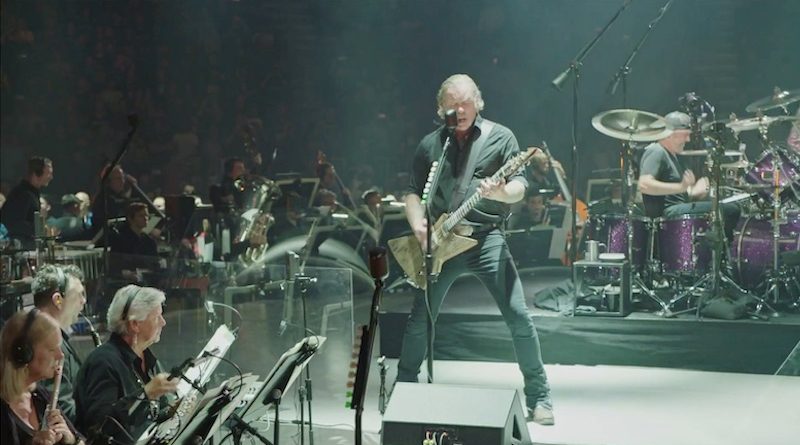 Twenty-one years after they teamed up with the San Francisco Symphony for their 1999 live album and video S&M, Metallica and their local orchestra have collaborated again for S&M2 (CD, digital, vinyl, Blu-ray audio, Blu-ray, DVD). And like the original, this second collection of orchestrally-augmented Metallica has many moments of might and magic…and a couple that are misfires or just mushy. 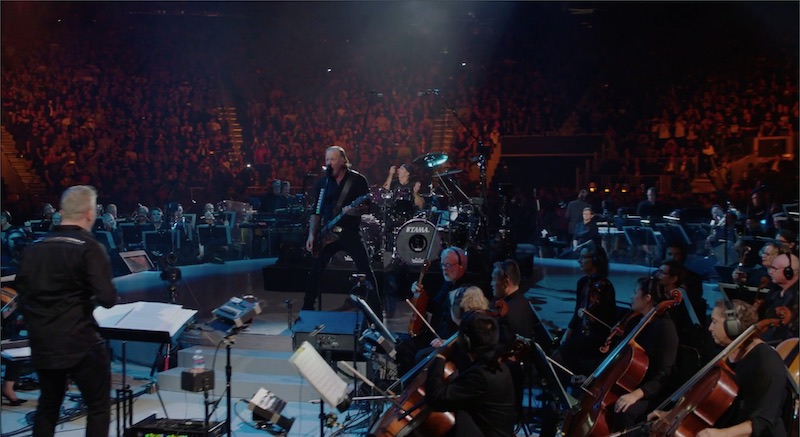 at the Chase Center, S&M2 has Metallica and the San Francisco Symphony tearing their way through many of the same songs as the first S&M, and with the same arrangements. Y’know, like how their live shows from 2019 had many of the same songs as their live shows from 1999. Which, as it so happens, are many of the songs repeated here, including “Master Of Puppets,” “For Whom The Bell Tolls,” and “The Memory Remains,” as well as “No Leaf Clover,” one of the two new songs the band wrote for the original S&M shows.

In fact, the only real difference between the versions of those songs on S&M2 compared to S&M is that the sound on this sequel has a bigger feel. Though it’s only because the Chase Center is an 18,000 seat arena, while the Berkeley Community Theater, where the first S&M took place, is a 3500 seat, uh, theater. Hence why the crowds singing along are so much more of a presence on such tunes as “The Memory Remains” and “The Call Of Ktulu.”

But while many of S&M2‘s twenty tracks are repeat performances, nearly half are new, with most, not surprisingly, coming from two of the albums Metallica recorded in the years since recording the original S&M shows: 2001’s St. Anger, 2008’s Death Magnetic, and 2016 Hardwired…To Self-Destruct. (Sadly, they skipped over 2011’s Lulu, which would’ve lent itself to classical augmentation nicely).

As with the songs they played during the original S&M concerts, most of the new tunes on S&M2 work really well with the addition of strings and horns. The orchestra adds layers and texture to both “Moth Into Flame” and “Halo On Fire,” while the addition of horns give the chorus and crescendo of “The Day That Never Comes” an epic feel. 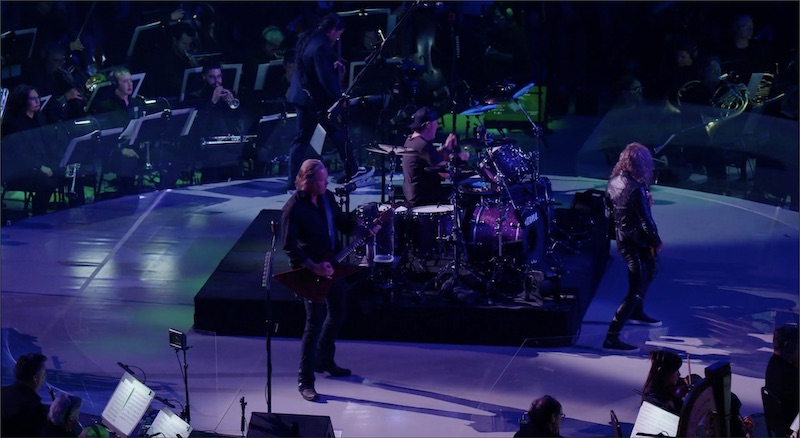 get even more interesting during the renditions of “The Unforgiven III,” “All Within My Hands,” and “(Anesthesia) Pulling Teeth,” during which the orchestra doesn’t just augment Metallica’s music. In the case of “The Unforgiven III,” the song is stripped down and rearranged much like you’d expect an acoustic version of the song to be, only with strings and horns taking the place of the guitars.

Similarly, “All Within My Hands,” uses the same structure Metallica used during the 2018 acoustic show presented on Helping Hands…Live & Acoustic At The Masonic, though unlike “The Unforgiven III,” this has the whole band playing with the symphony.

Then there’s “(Anesthesia) Pulling Teeth,” a bass and drum instrumental from Metallica’s Kill Em All that’s performed not by current bass player Robert Trujillo, but instead by the Symphony’s Principal Bassist Scott Pingel. It’s a very different sounding version of the song, given that Pingel plays his bass as a bowed instrument, not a strummer or picked one. And while not everyone will appreciate how different it sounds, as a fan of avant garde music — see the Trent Reznor / Atticus Ross section of my CD collection for reference — its atmospherically-texture approach made me wonder if Pingel has recorded any solo bass albums (he doesn’t).

S&M2 also turns the table by having Metallica join the San Francisco Symphony for a rendition of “The Iron Foundry,” a classical piece by Russian composer Alexander Mosolov. While Mosolov might not appreciate this rendition any more than my classical-loving mother would, it works rather well, even if it doesn’t sound like an instrumental written by Metallica. 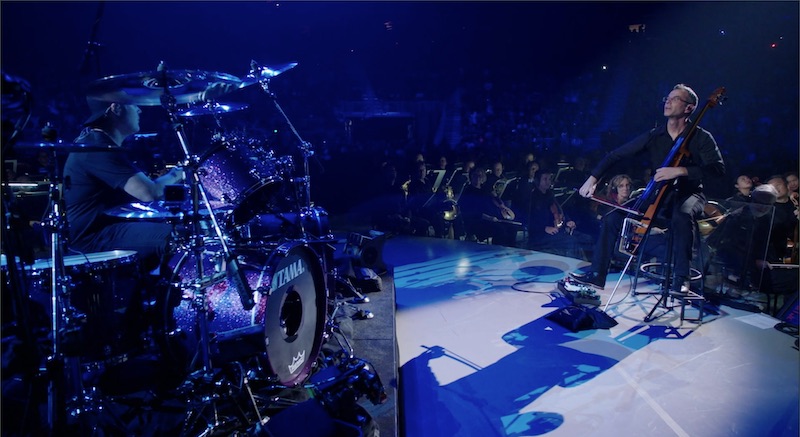 hearing Metallica and the San Francisco Symphony collaborate on “The Iron Foundry” piece does make it odd that the band didn’t also join the orchestra for Sergei Prokofiev’s “Scythian Suite, Opus 20 II: The Enemy God And The Dance Of The Dark Spirits,” which opened the second set of these shows (and the second disc of S&M2), or during Ennio Morricone’s “The Ecstasy Of Gold,” which opened this show as it has for every Metallica show since 1993 (and which they covered for the 2007 tribute album We All Love Ennio Morricone).

Of course, like the original S&M, not everything on S&M2 works as well as the aforementioned new and old tunes. “Nothing Else Matters” is as sappy here as it was on S&M, while “Confusion” doesn’t gain or lose anything from being augmented.

Some of the misses are just minor, though. While “One” and “Enter Sandman” were highlights of the original S&M, and are really good here, too, the former doesn’t have as visceral a scream from James Hetfield, while the latter had a more triumphant and interesting ending.

As for the Blu-ray and DVD versions of S&M2, thanks to advances in technology, the picture quality is much improved over the original S&M (though it’s not as vibrant, oddly, as the concert film Metallica: Through The Never). The direction, however, is about the same — save for some occasionally unnecessary split-screen moments — as this does as good a job of capturing the vibe of the show. 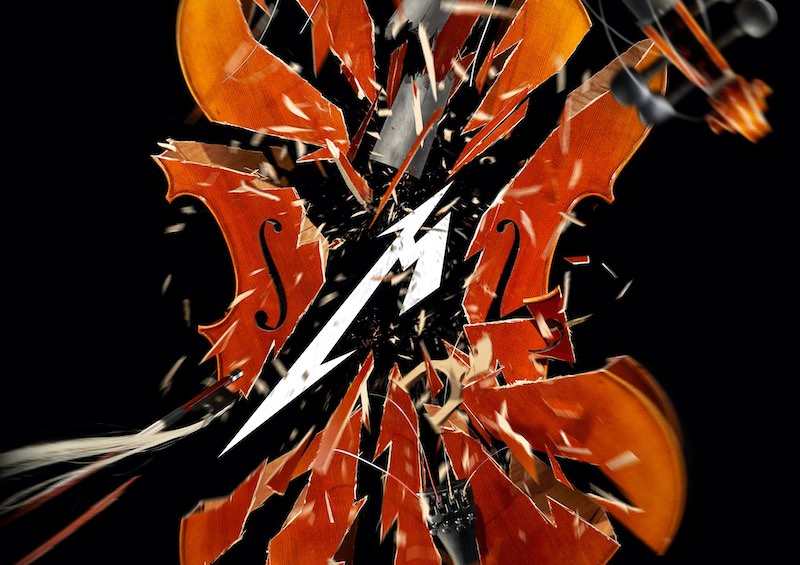 S&M2 — like the original — has some really great and unique versions of Metallica’s best tunes, both old and new. While it may not usurp the original, either individually or collectively, it is a worthy successor to one of this band’s more interesting live albums. 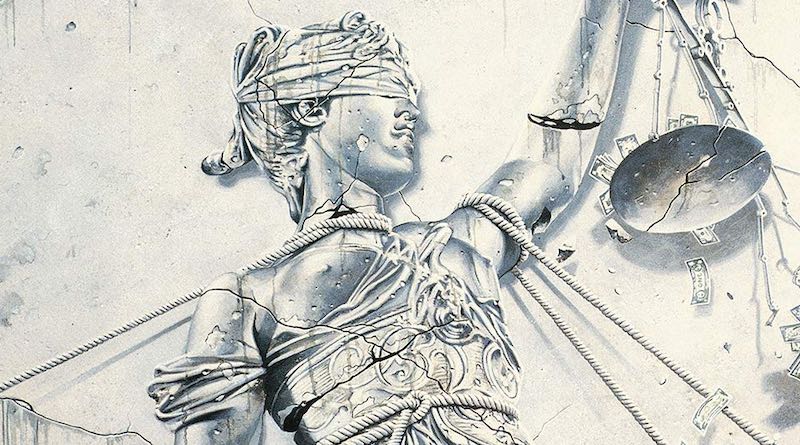 Metallica: …And Justice For All: Deluxe Box Set Review 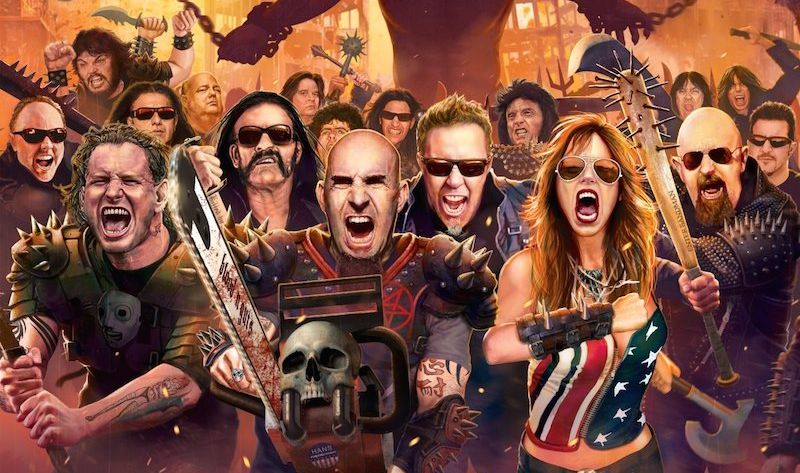 Ronnie James Dio: This Is Your Life Review