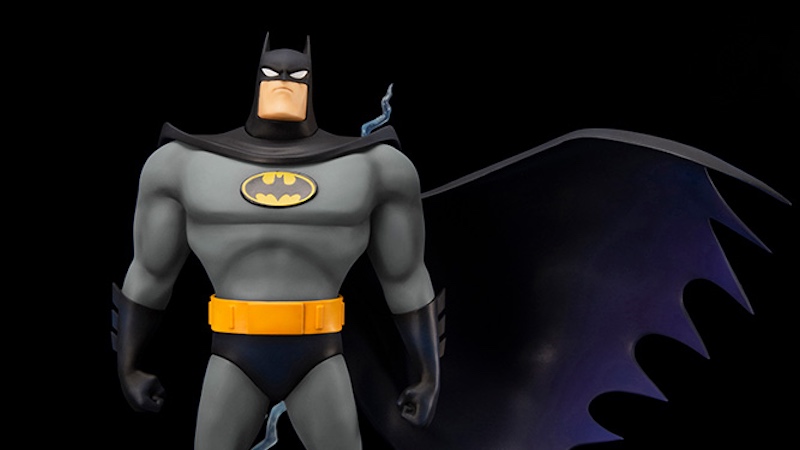 Kotobukiya have announced that they will release a statue that recreates The Dark Knight’s iconic stance from the opening of Batman: The Animated Series. 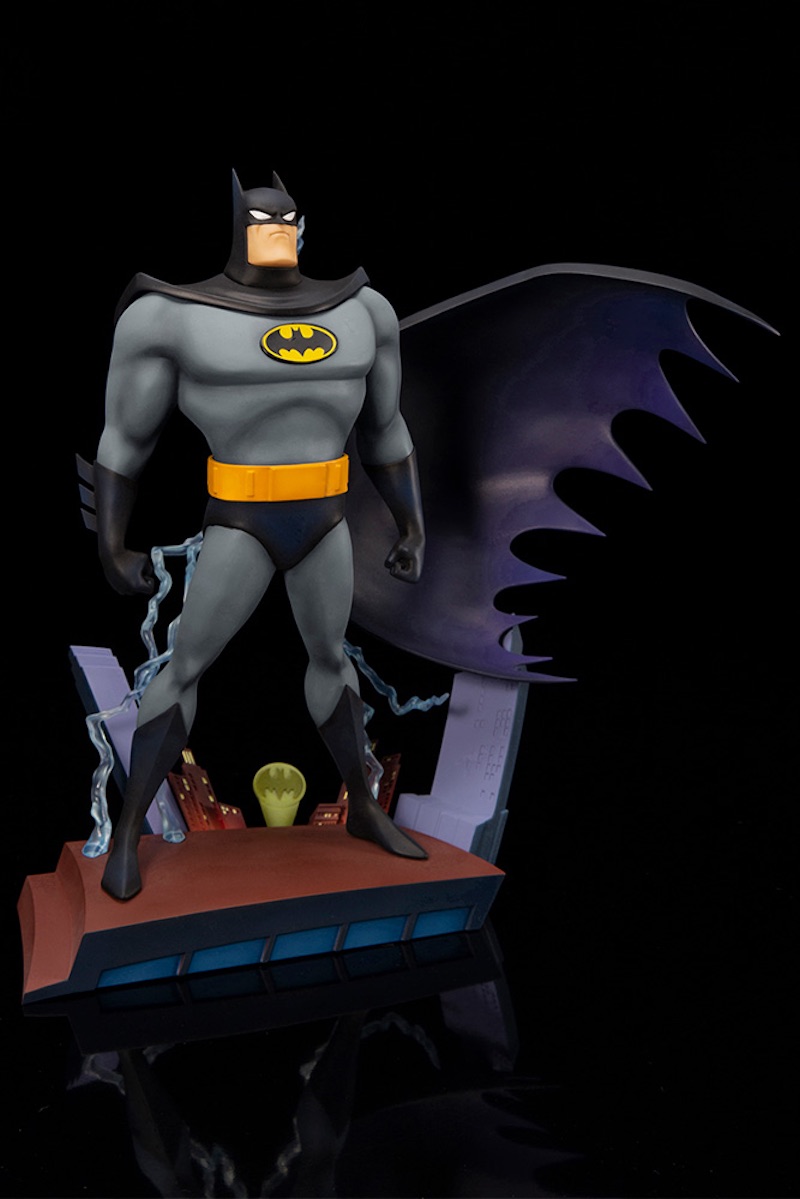 The “BATMAN ANIMATED series BATMAN Opening sequence ver. ARTFX+ statue,” as it’s called, is a 1/10 scale statue that stands 210mm, or 8.25 inches. It will be made of pre-painted PVC, and is expected to retail for $89.99 when it is released in November.

The statue is being released in honor of Batman’s 80th anniversary. The Caped Crusader first appeared in Detective Comics issue no. 27, which came out in March of 1939 (though the issue date says, “May, 1939”). 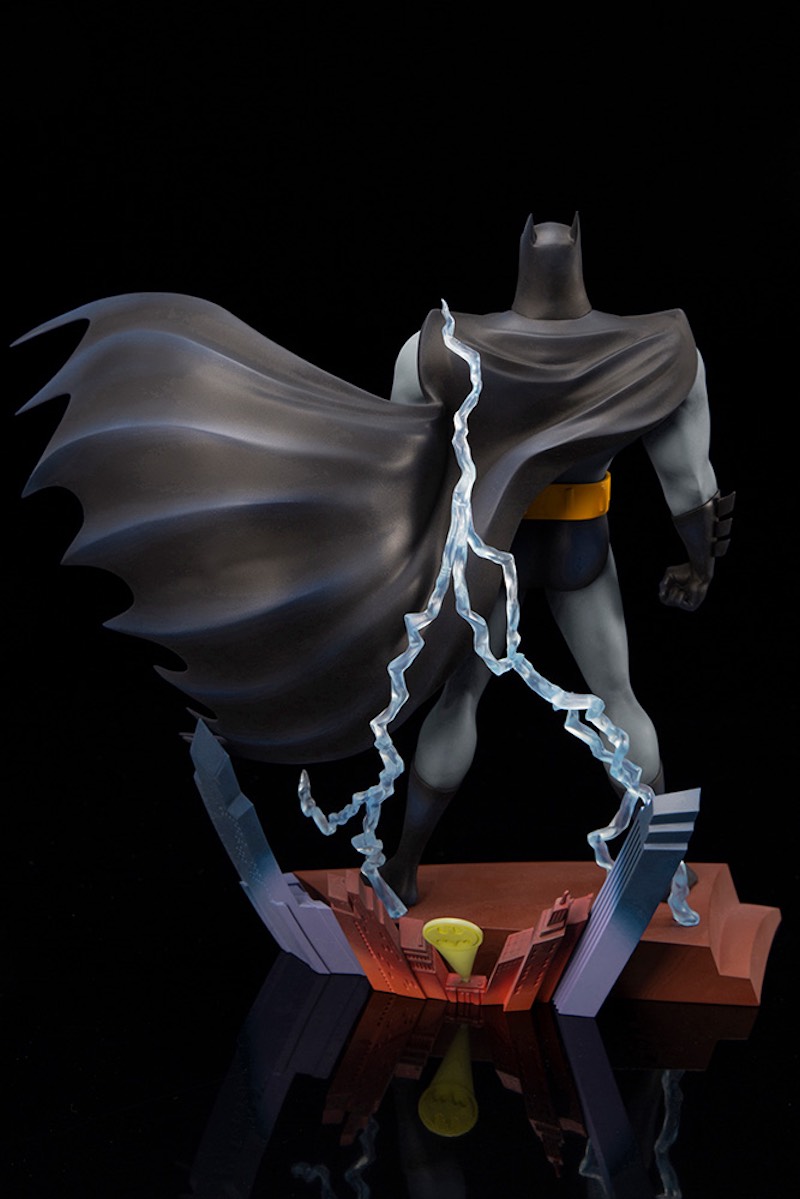 As for Batman: The Animated Series, it aired its first episode on September 5, 1992 and went on to be — for some Bat-fans — the definitive version of The Dark Knight. Not only did the show boast sharp writing and a vivid art deco style, and introduced the world to the character of Harley Quinn, but its portrayals of Batman / Bruce Wayne and The Joker by voice actors Kevin Conroy and Mark Hamill are considered among the best for those characters in any media.

Both actors went on to reprise their roles in a number of related animated shows and movies, as well as in the Batman: Arkham video games.

Batman: The Animated Series was recently released as a Blu-ray boxed set, with all of the extras and featurettes included in the previously released DVD sets, as well as the first two connected movies, Batman: Mask Of The Phantasm and Batman & Mr. Freeze: Subzero. 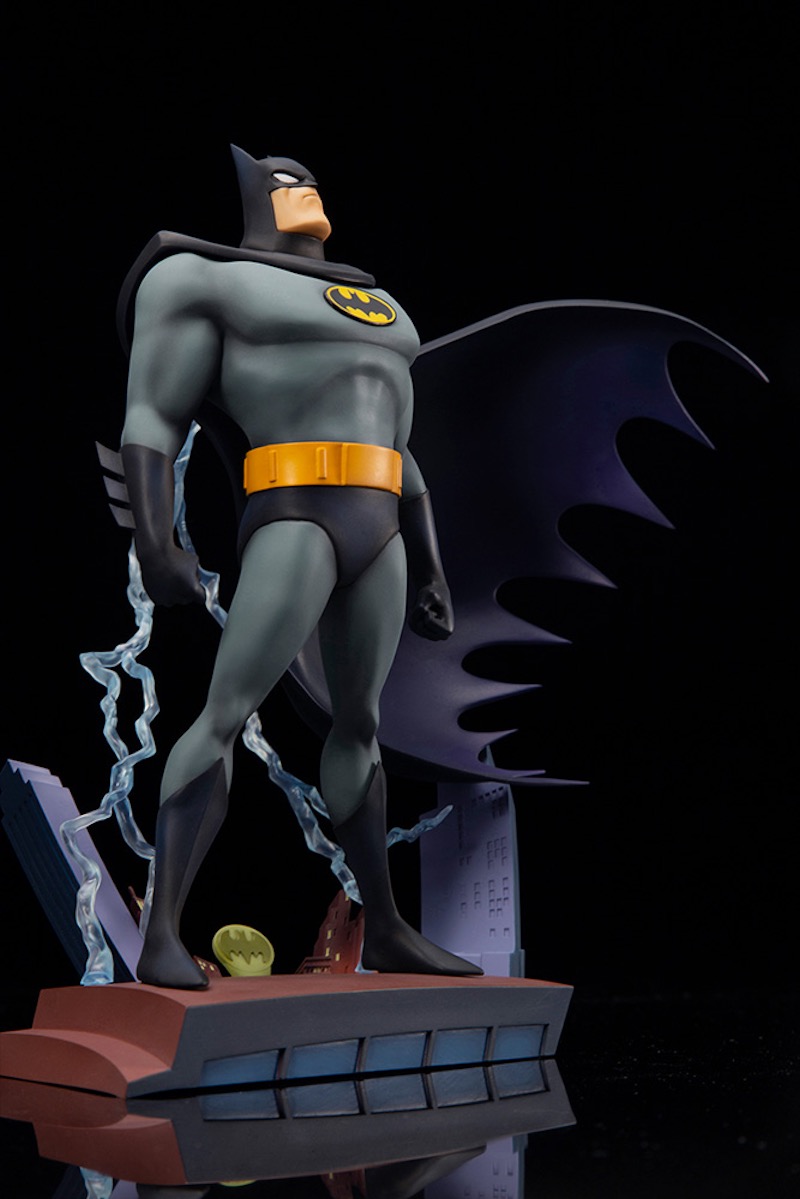 For more info on this statue, or to place an order, click here.