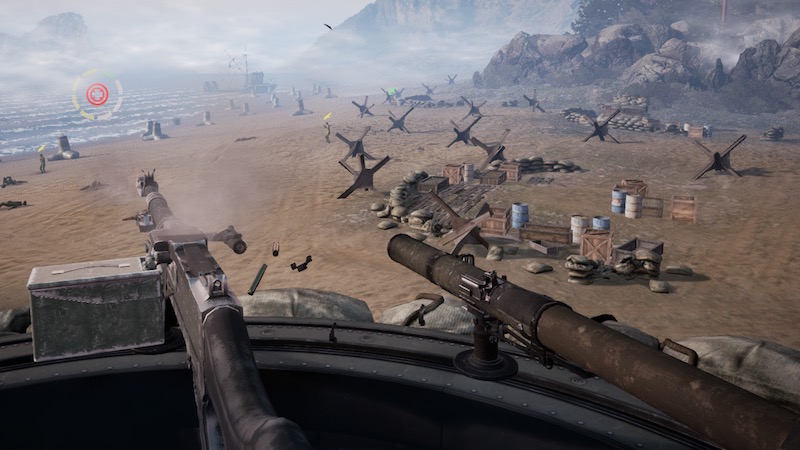 At the risk of sounding like Homer Simpson, the term “arcade game” is thrown around a lot these days…. But while there are a lot of games that are arcade-esque, most of them wouldn’t actually work in an arcade, where you’d have to insert a quarter or two to start playing. And then there’s the turret shooter Heavy Fire: Red Shadow (Xbox One, PlayStation 4, PC), which really does feel like something you’d find in an arcade…and is all the better for it. 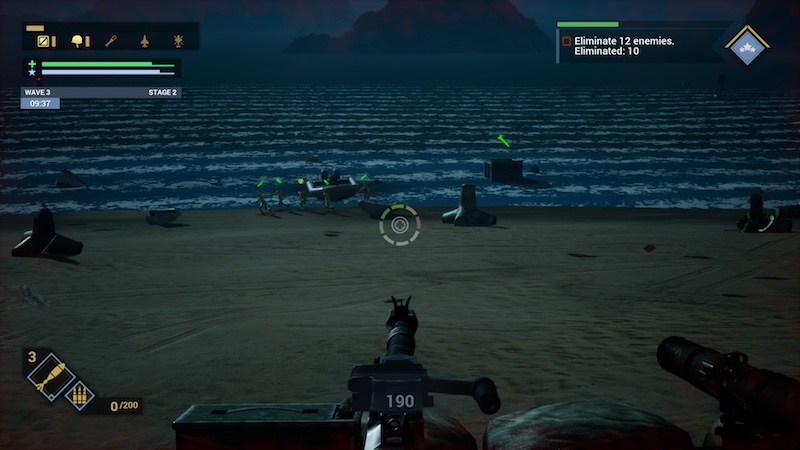 the U.S. and North Korea are at war, and you’re an Army gunner trained in the use of a turret. Which is why you spend the entire time shooting things from a stationary position. And, in most cases, in all directions.

In the first mission of Heavy Fire: Red Shadow, for instance, your turret is located on a beach, and you not only have to shoot boats full of enemies coming ashore, but also any enemies who survive the trip, as well other soldiers who come at you from behind, presumably because they came to the beach days ago and only came back when they heard the shooting from their hotel rooms (it’s a very nice beach, save for all the shooting).

It’s a pattern that’s repeated throughout Heavy Fire: Red Shadow, with you constantly taking out soldiers before they can take up positions and shoot you — or worse, climb up on your turret and poke you in the face — as well as the vehicles that brought they to the battle. Once they’re all dead, you’re given a brief respite before the next wave arrives.

Aiding you in your mission is a well-oiled machine gun, and a missile launcher with limited ammo, both of which take advantage of your turret’s scope. You also have the ability to call in supply runs when they’re available and you need some bandages or more missiles. You can even, on occasion, call in an airstrike or get some help from the infantry (though, to be honest, they’re not a lot of help).

While your main objective in Heavy Fire: Red Shadow is to survive while preventing your enemies from doing the same, you also have optional side missions that, for instance, may task you with taking out four enemies with headshots. And while there’s no penalty for failing, there is a reward for completing them: points. Unlike most arcade games, which have a score — and thus a high score — this instead gives you points you use to upgrade your health, weapons, and the conditions of the supply drops. These upgrades even carry over from game to game, and don’t reset whenever you restart, a rather un-arcade-like move. Though, on the flipside, each only has three qualities you can unlock, which means you’ll max this aspect out pretty quickly. 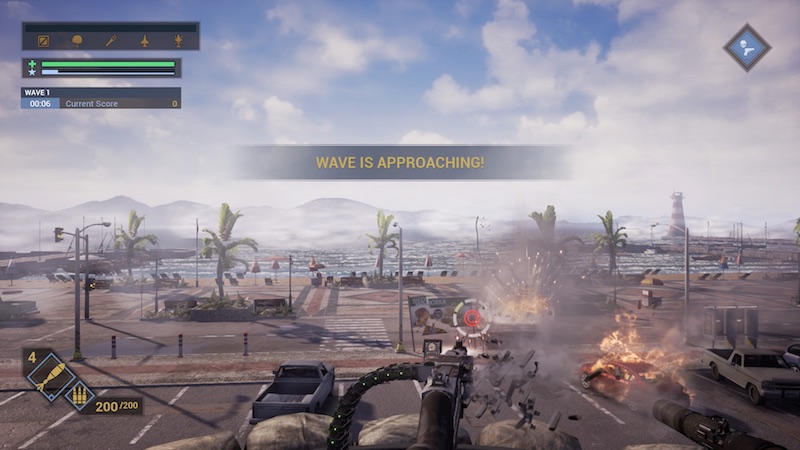 Aside from this upgrade ability, though,

Heavy Fire: Red Shadow really does play like an arcade game that comes in a wooden cabinet. For starters, it’s rather unforgiving. Aiming, for instance, may seem inexact to some people, especially if they’re used to the auto-targeting in such shooters as Call Of Duty: Black Ops 4. And no, there’s no option to change this.

Heavy Fire: Red Shadow is also not an easy game, and not just because the enemy will attack you from all sides if given the chance. While individual enemies aren’t tough, there are a lot of them, and neither you nor they know how to duck. You also don’t have health packs you can use when injured, nor do you recharge your health meter if you don’t get hit for a while. Your only hope of survival is to hope a supply drop becomes available, pray it drops some health, and then shoot it when it lands.

There are also no checkpoints after each wave like you might get in a more modern-style shooter. Instead, they only come after four or five waves, of which there are more than a dozen in each level, with every wave save for the first couple being rather long. Though, thankfully, this doesn’t reset if you die and start over.

Heavy Fire: Red Shadow also eliminates the rather modern concern that your gun might overheat, which also seems oddly arcade-like. And while it does need to be reloaded frequently, this is not something you have control over; it does it automatically.

Similarly, you have no control over where the supply drops land in Heavy Fire: Red Shadow, or where your infantry attack. 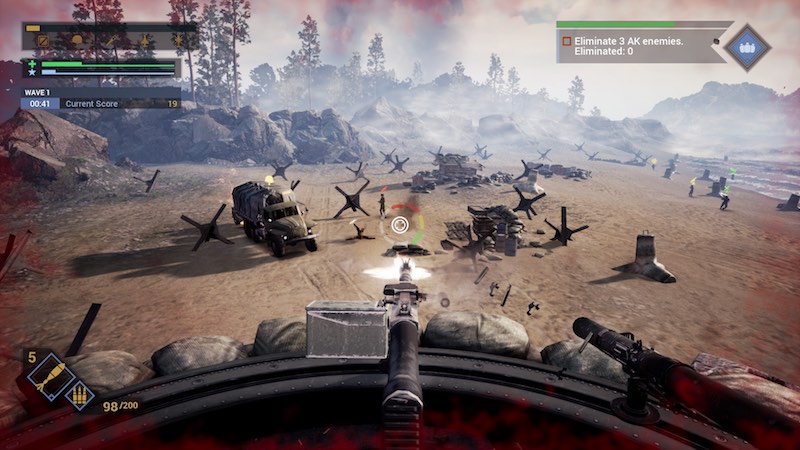 There’s also no option to change the difficulty,

which is a bummer for both those looking for more of a challenge, and those who are like Lisa Simpson and want a challenge they can do.

While Heavy Fire: Red Shadow is a fun gun game, especially for those who remember when you had to stand up to play arcade games, it’s not without its problems. The most obvious, but least important, of which are that it has a rather cheap feel. The sound effects are generic, as is the voice over, and the sound quality on both is pretty low rent. Similarly, the graphics are also pretty basic and simplistic, lacking the kind of detail you’d expect in the age of 4K widescreen televisions.

(I would also imagine it doesn’t look good in VR, an option if you have a PlayStation 4 and PSVR unit, but since I don’t have the latter, I can’t say for sure how good or bad it looks. Or plays.)

Along the same lines, there’s nothing in Heavy Fire: Red Shadow to indicate how many enemies you have left in a wave, or how many waves you have until you hit the next checkpoint or the end of the level.

Heavy Fire: Red Shadow also has some control issues. For starters, the default aiming is just awful, as it has you using different thumbsticks to look and aim. Far better is the second option, which has you using just the left thumbstick to aim…y’know, like the turret parts of every first-person shooter. Though what makes this slightly more annoying is that you can’t switch these controls while playing; you have to quit out to the main menu, then go to the options menu, just to make the switch. 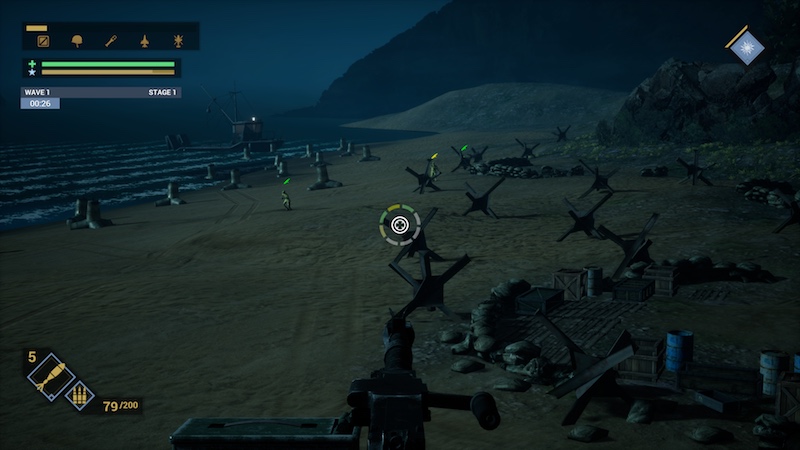 Even with these issues, though, 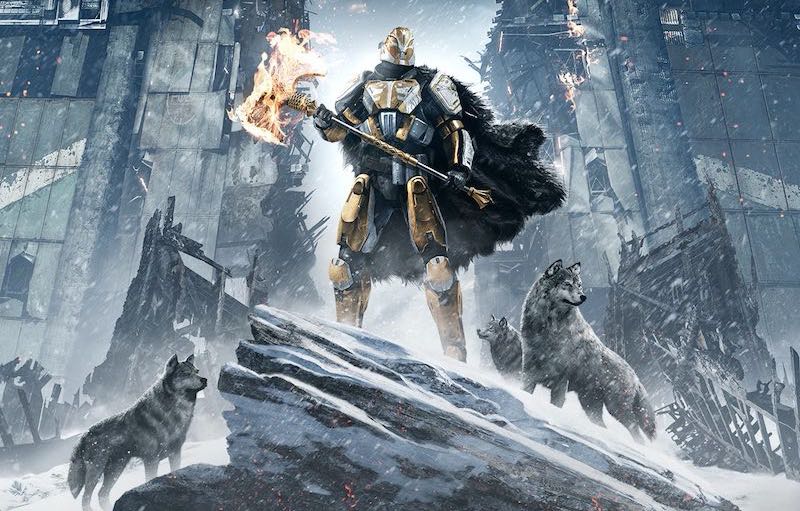 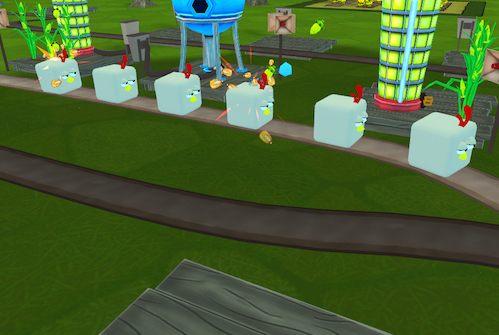