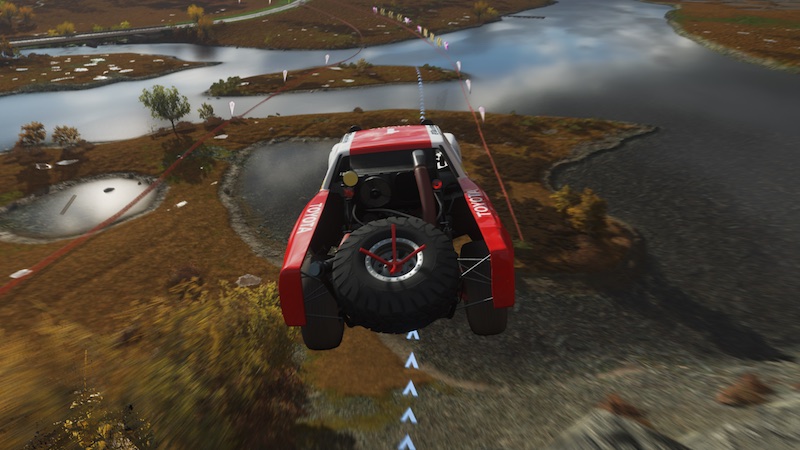 Like every installment of this open world racing game series, Forza Horizon 4 (Xbox One, Xbox One Ultimate Edition, PC, PC Delxue Edition) has new gameplay mechanics that add depth and variety. But it’s the tweaking of an established system that changes the most about this year’s model, and not for entirely for the better. 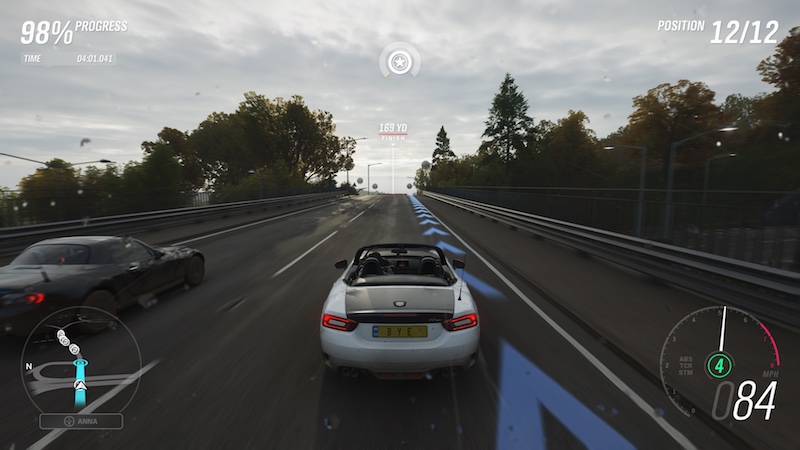 Forza Horizon 4, like Forza Horizon 3, et al., is a street and off-road racing game set in an open world. What sets it apart from similar games is that it has control options that including adjustable assists for the braking and steering. This allows you to play with the realism of a racing sim, the more forgiving controls of an arcade-esque racer, or somewhere in-between. It also has a rewind function for when you miss a turn, as well as an optional driving line that can show you where to go or just when to hit the brakes.

Like its brethren, Forza Horizon 4 also has a wealth of options, including six different viewpoints — all of which give you a real sense of speed — eight difficulty settings, nearly two dozen tuning options that let you adjust everything from the alignment to the tire pressure, and more color and customizing options than a body shop in a car-loving city like Los Angeles.

More importantly, Forza Horizon 4 has numerous types of races, including multi-lap events, point-to-point races, and silly one-off challenges that, for instance, pit you against a commuter hovercraft. All of which are set on closed street tracks, in-use roads, and dirt trails that boast sharp turns, smooth curves, and well-positioned straightaways. There’s also a full range of weather, as well as various times of day, for even more variety.

Forza Horizon 4 also has tons of things to do aside from racing. There’s sights to be seen, signs to be found and then destroy, ya hooligan, and even old cars hiding in barns that you can restore and use in races. All of which adds to the game’s leveling up system, one that not only rewards you for winning races, but for completing side challenges, exploring the world, and, oddly, driving recklessly. 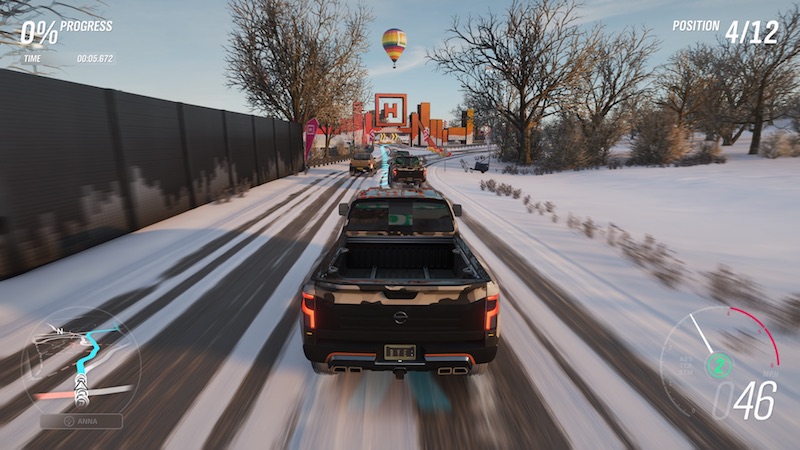 As for what’s new in Forza Horizon 4,

the biggest change is the addition of seasons, the effect of which is how they impact the conditions of the road. The way a car handles on snowy streets, for instance, is obviously very different from how it works on dry ones.

Forza Horizon 4 also now opens up your world to other players in much the same way as Destiny 2 and The Division. You can even, in theory, play the entire career mode against other people (though, as with so much of this game, you have the option to turn this off or limit it to just your friends). What makes it work far better than those games is even when your world is open and welcoming, you can still pause the game when need be. Granted, if you do it in the middle of a race against another person, they keep playing, and good luck catching up. But it’s a small price to pay to not eat pizza that’s been spit on by a delivery guy you made wait by the door for five minutes.

But the biggest change in Forza Horizon 4 is that the competition is slightly more fierce. While smoking fools was easy in previous installments, here I sometimes found myself struggling to keep up with the pack. And no, knocking down a difficulty level didn’t help much. It’s a bit annoying, though not as much as it could’ve been since you don’t have to win, or even come in the top three slots, to earn points and unlock new events (though this, unto itself, is a bummer if you’re the super competitive type). Still, losing three or four races in a row, and badly, did prompt me to quit in anger a couple times, and I say that as someone who’s not very competitive.

The increased difficulty isn’t the only issue with Forza Horizon 4 that I may be alone in having. For example, like most open world racing games, Forza Horizon 4 has you driving to every event. Yes, I know, this sounds contradictory, complaining about driving in a racing game. And it’s even more so in this one, given that the driving is fun, there’s things to do on the way, and this has a rudimentary fast travel system (albeit one you have to spend in-game credits to use). But even so, after a couple days, I found myself wishing I could just hit a button to go from one race to the next, especially when I wanted to do a race that was on the other side of the map. 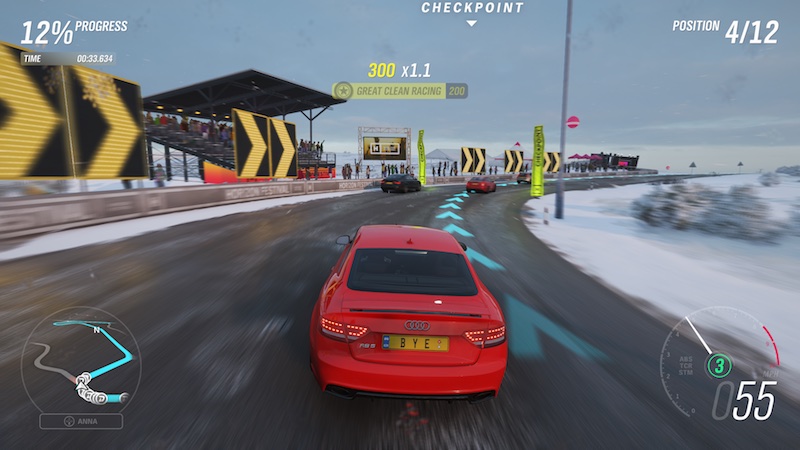 Along the same lines,

Forza Horizon 4 also hasn’t corrected the annoying music issue it’s had since the series began: You can’t go into the settings menu to turn the music off, you can only turn it down to 1. Instead, you have to turn off the radio whenever you get into a car, even if you’ve driven it before with the radio off. It even sometimes turns it back on if you restart an event. And while this is something I’d want to do even if I liked the music in this game, it’s even more imperative given how the music they did include is just awful.

While not everyone will be annoyed by the aforementioned issues, the inability to disengage Forza Horizon 4‘s seasonal system didn’t bother me, but I can see it bugging other people. The seasons change every week, and that’s a week in the real world, not your play time. Which is a problem if you just want to drive under the peak conditions found on a sunny day, or would always like the added challenge that comes from the icy roads of winter. But while it is odd that a game that lets you adjust so many options wouldn’t let you choose to only race during the summer or never drive in the winter, I found that it added yet another layer of variety to the races.

As for problems that everyone will find, well, problematic, Forza Horizon 4 occasionally forgets that you’ve marked a point on the map you want to go to. Not only does it do this if you challenge a random driver to a street race like you’re an extra from American Graffiti, but also when you change cars.

Forza Horizon 4 also has some menu problems. Not only is some of the type too small to read if you sit at a reasonable distance from your TV, but it’s also often light gray on a white background, which is hard to read even if you walk over to your TV and squint. 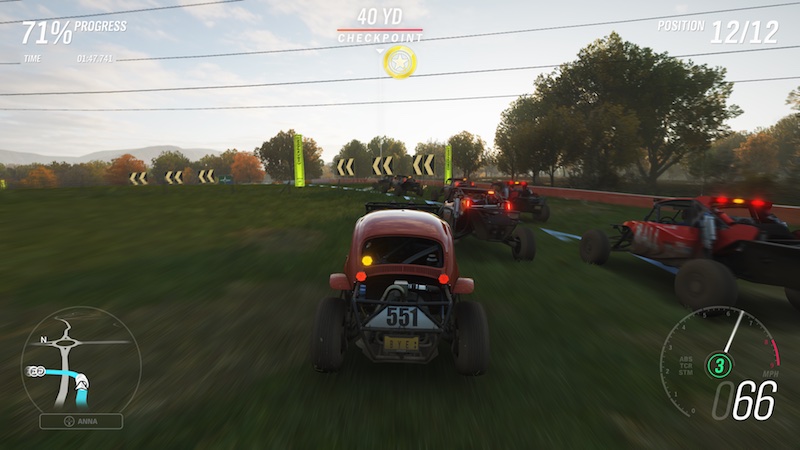 The cumulative effect of these irritations… 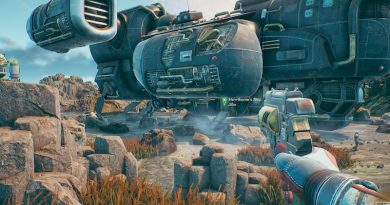 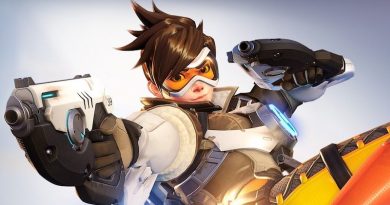 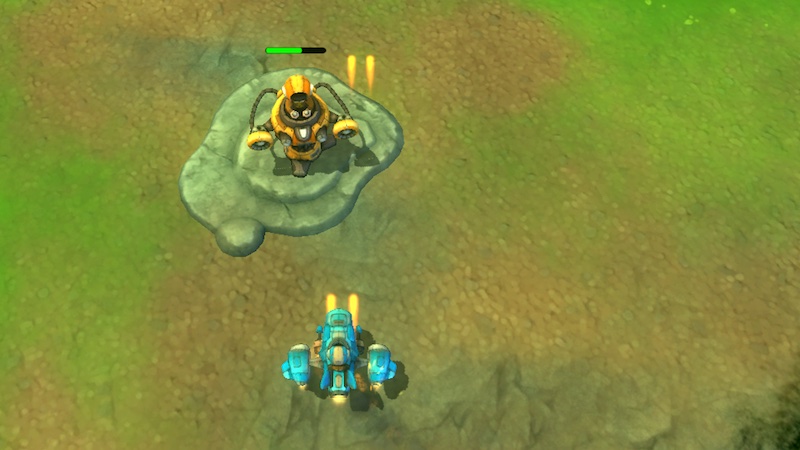