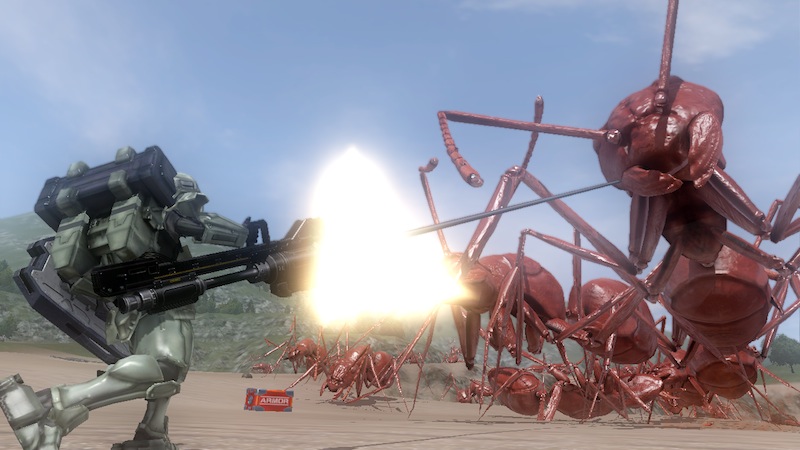 As a fan of classic ’50s and ’60s sci-fi flicks, as well as movies in which giant versions of everyday animals run amok (such as 1954’s Them!), I’ve always had a soft spot for the Earth Defense Force games…even when they’ve kicked me in my soft spot. While 2007’s Earth Defense Force 2017 (which was the third game but only the first to come out in the U.S.) was a mindless but engaging throwback-style shooter, as was the renamed Vita version, Earth Defense Force 3 Portable, the second game, 2011’s Earth Defense Force: Insect Armageddon, was an unplayable disaster.

Now comes Earth Defense Force 2025, which D3 Publisher is releasing for both the Xbox 360 and PlayStation 3. Set seven years after Armageddon (but made by Sandlot, the studio that did 2017 but not Armageddon), 2025 has the aliens returning to wreak havoc upon the Earth. 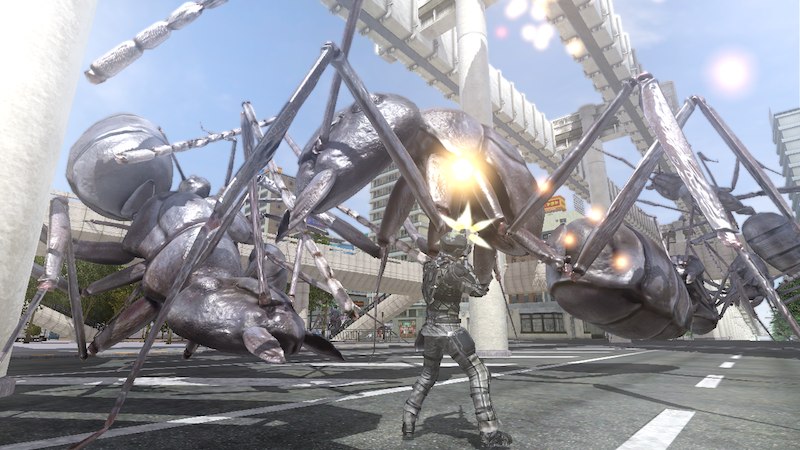 Like previous games in this series, Earth Defense Force 2025 is a third-person sci-fi shooter in which you battle aliens in both big, open cities and in more constrained but still vast underground tunnels.

What sets it apart from other sci-fi shooters is that your enemies are not humanoids who use guns or melee weapons, but instead are huge hordes of giant bugs, flying attack drones, and big, shiny robots. While the latter bunch do shoot at you from on high, most of your missions have you taking on the giant ants and spiders. None of which aren’t particularly tough to kill, especially since you usually have an unlimited supply of ammo, but since they attack in droves, it’s easy to get overwhelmed.

Assisting in your survival are, well, the aliens themselves, who politely drop boxes of ammo, health pick-ups, and new weapons when they die.

While Earth Defense Force 2025 shares a lot with its ancestors, it does have some new tricks up its sleeve. Though still sub-par by today’s standards, the visuals are much improved over previous games, especially the explosions and the bugs. Same for the city levels, which not only look better, but are more varied, topographically and architecturally. The controls also feel slightly tighter and more responsive, though serious shooter fans may need a couple missions to get acclimated to the idea of using the left trigger to jump, not for iron sights (which this also doesn’t have) and the right bumper to change weapons, not toss a grenade. 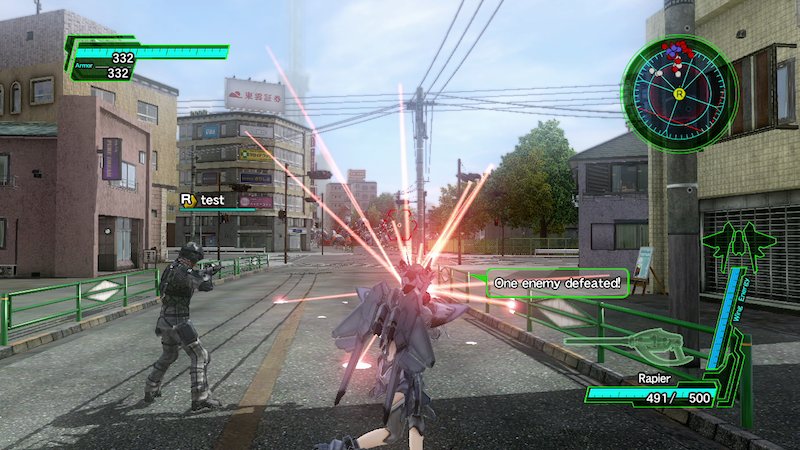 Earth Defense Force 2025 also has four different character classes, including the well-rounded Ranger, a support class called Air Raider who can call in missile strikes and vehicle drop-offs; the heavy gun-carrying Fencer; and the Wing Diver, who has a limited use jetpack. Each also come with their own set of weapons (some of which are more effective than others), though you can always find and later equip numerous new ones you find when dead aliens drop them.

The problem is every missions in Earth Defense Force 2025 is basically the same. Kill a bunch of aliens, run to the next battle, kill a different bunch of aliens. Rather, rinse, repeat. Sure, playing as some of the different classes do make the levels feel a little different, but only a little. None of them make this feel like a whole new game.

Which is why Earth Defense Force 2025 is a game best played in short bursts. Play more than four or five missions in a row, and things starts to get a bit tedious, even redundant.

It also doesn’t help that, aside from the Ranger, the other classes are limited, and even somewhat problematic. Air Raider is only worth it if you’re playing co-op with three friends who aren’t Air Raiders; the Fencer moves so slow, even with his jet shoes, that the battles are half over by the time he arrives; while Wind Divers don’t work well in the caves, for obvious reasons, while their weapons and jetpacks use energy so quickly that it makes them somewhat ineffective. 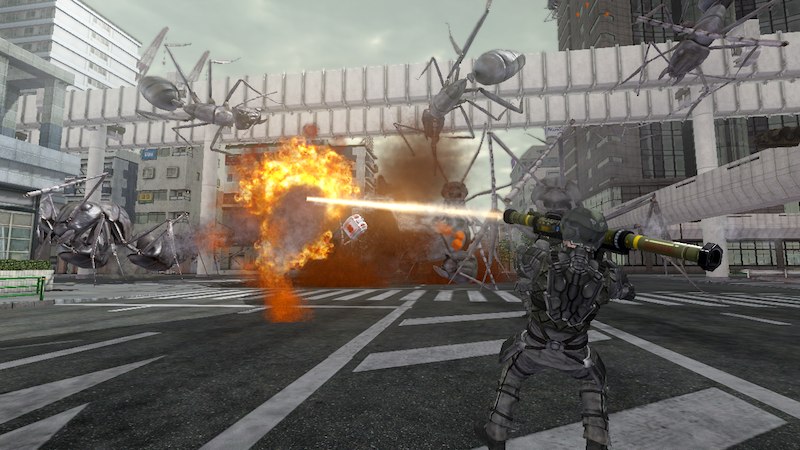 What’s even more annoying is that some of the more obvious problems in the earlier games are still present in Earth Defense Force 2025. Like how the visuals can occasionally (though not often) slow to a crawl during the larger battles; a real issue for a game where the enemies attack in huge swarms. Or how the comments made by civilians and your fellow soldiers don’t make any sense sometimes, either in the context of what’s going on, or in relation to what other people just said. Or how your those soldiers will automatically target nearby enemies, even when those enemies are on the other side of a wall or building. Or how the alien’s attack drones fly clumsily around like their pilots are drunk. Or how your guy can’t always jump up over even the lowest of obstacles. Or how the Pauli exclusion principle — which states that two objects cannot occupy the same space at the same time — is frequently broken by parts of the aliens sticking into the grounds or buildings.

Even the menus have problems. When you finish a mission and then go to select the next one, the game doesn’t highlight the next mission, it highlights the one you just beat. Admittedly, this isn’t that big of a deal, just an unnecessary extra step, but it is indicative of this game’s level of competency.

There are also things in Earth Defense Force 2025 that hardcore shooter fans might balk at. While the controls work well, they are somewhat limited compared to more advanced shooters. You can’t duck for cover, or tell your fellow soldiers what to do. You also don’t, oddly, have a stack of grenades to toss around, though given the game’s penchant for unlimited ammo, this might be a good thing.

Similarly, what some will appreciate as ‘50s-flavored fun will feel more like low-rent nonsense to others. Besides the fact that most of the aliens are just big bugs, and the robots aren’t cool-look mech-ish things, there’s also a B-movie vibe to the voice acting and the story that, much like in the earliest Resident Evil games, can be taken as an homage to low-budget movies…or can just be seen as low-budget. 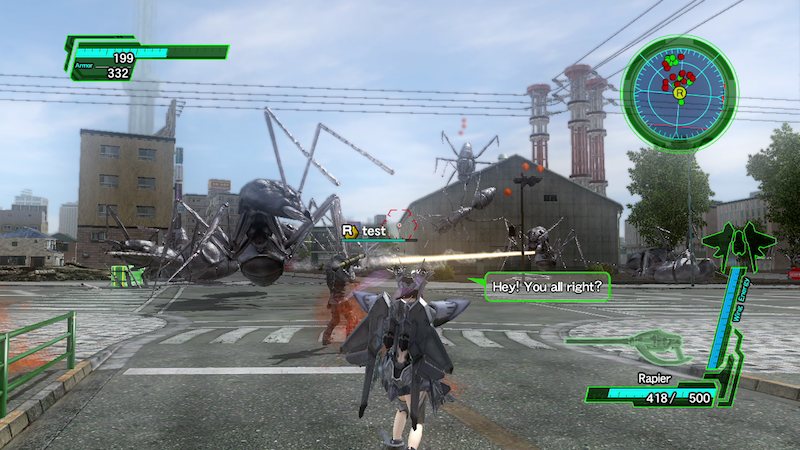 In the end, Earth Defense Force 2025 is a low-rent shooter with some serious problems. One that should be avoided by those who demand the latest and greatest. But if you can look past its issues, don’t mind the simplistic mechanics of old, and you’re a fan of the aesthetics and tropes of low-budget, ’50s and ’60s sci-fi flicks, you’ll enjoy this buggy (pun intended) sci-fi shooter. Well, in small bursts, anyway. 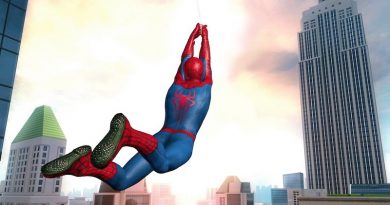 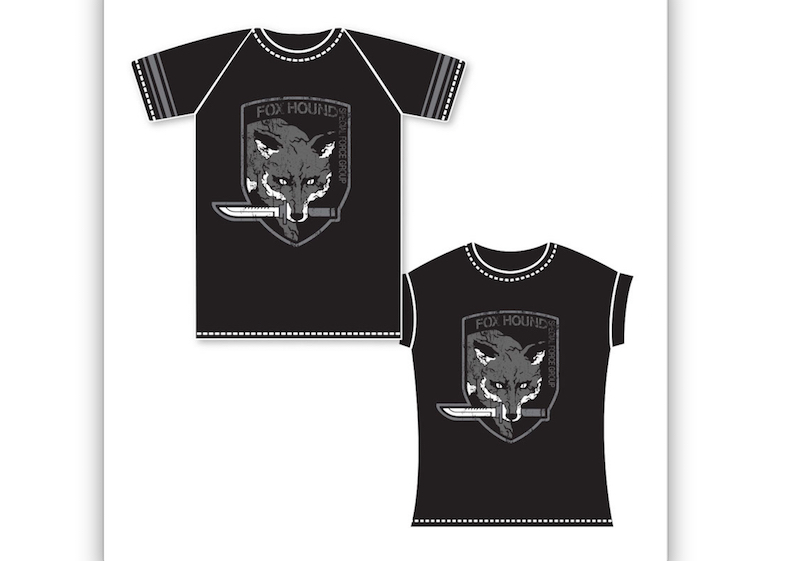 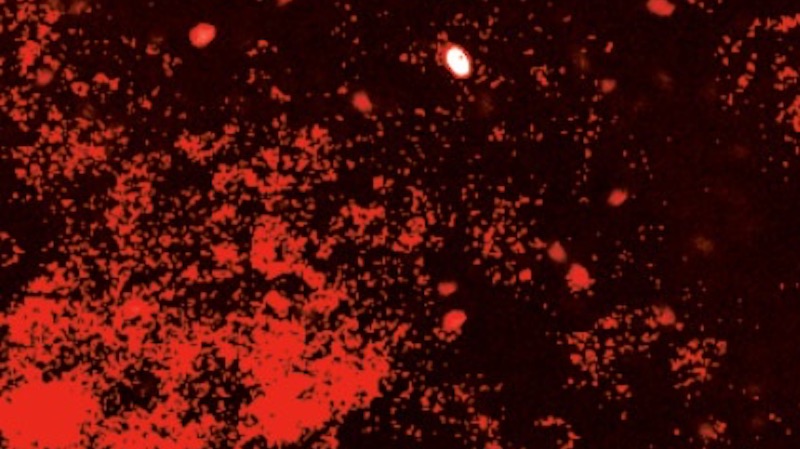