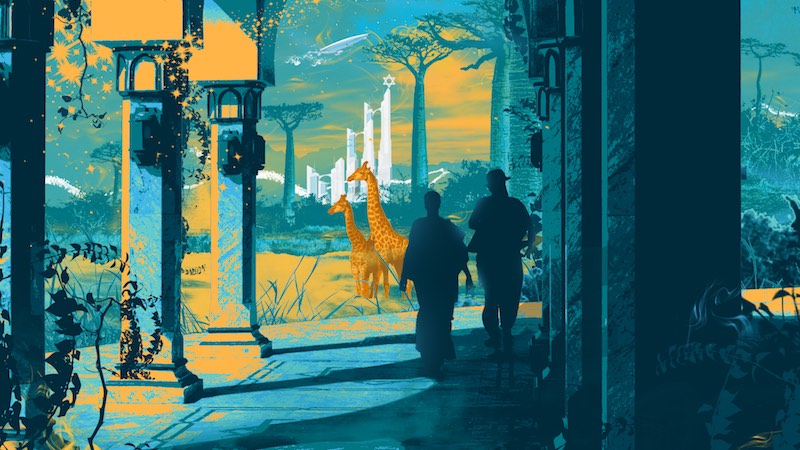 In the following email interview about his new novel, Unholy Land (paperback, Kindle), writer Lavie Tidhar admits that while the story employs the tenets of noir, fantasy, sci-fi, and mystery, he thinks it may be best described as just “Tidharian.” 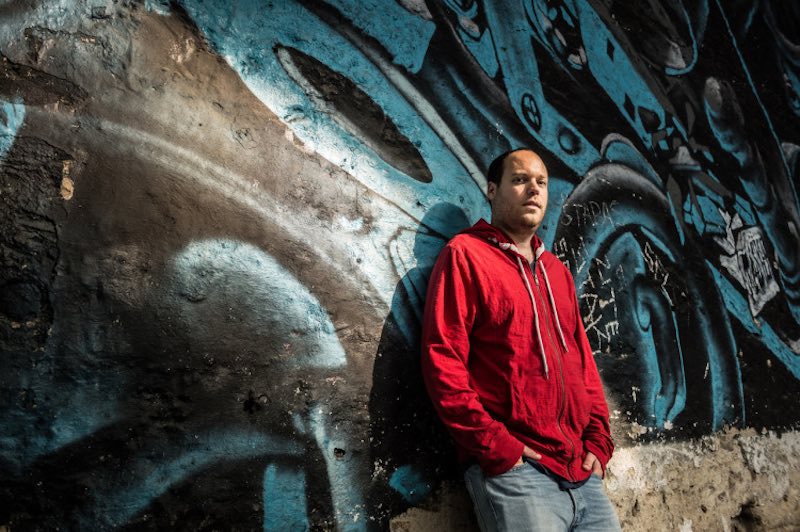 To start, what is Unholy Land about?

Initially it’s about a guy called Lior Tirosh, who time-slips from our world into Palestina, a small Jewish nation in East Africa founded at the start of the 20th century. And he gets involved in the search for his niece, who went missing, so we get to see some of that world.

But then it turns out there are maybe more than onealternate realities, and the walls between them are starting to come down. So, I don’t know. It has this deceptively simple plot to begin with — a sort of detective looking for a sort of missing person — but then it gets complicated and we realize there are other characters, too. One of whom is Nur, who is a sort of Palestinian special agent from a world where history turned out different, who is trying to stop whatever it is that is happening.

But, you know, there are also jokes.

Where did you get the idea for Unholy Landand how different is the finished novel from that initial concept?

I think I got interested in that idea years ago, when I first learned about the so-called “Uganda Plan,” where the British actually did offer Theodor Herzl, the leader of the Zionist Congress, a piece of land in East Africa. And the Congress sent out an expedition. So years ago I tracked down their report on microfilm in a private library in London, and I got to read through it; it was fascinating. And I ended up writing this story called “Uganda” [in his collection HebrewPunk], which is mostly about the expedition, but at the end we sort of get a glimpse of that other reality, of the what would have happened if Herzl said yes.

And there were things I kept going back to. Like Herzl’s own utopian novel Altneuland, which fascinated me, and a bunch of other things. So I kept working these out in short stories. One story that fed into the novel is called “Shira,” and that has Nur in it, and it’s about a peaceful Middle East where Jerusalem’s been erased somehow, no one knows by who, and that leads to a sort of regional peace. So all these things fed into the book eventually. It takes me about ten years I think to develop a book before actually writing it.

As to the other part of the question, there’s not really much difference between the manuscript and the finished book. Mostly we did things like make it easier to follow the transitions, and removing some bits and clarifying others. Once I was actually writing, the story must have been pretty fully formed, at that point.

How do you classify Unholy Land? Because it sounds like it has elements of noir, fantasy, and sci-fi, but it’s been called a political mystery and an alternate history novel.

Well, I’ve heard the word “Tidharian” being used, recently, can I go with that?

It’s pretty much all the things you mention. It’s something I’ve been doing with a few books; Osama, The Violent Century, and A Man Lies Dreaming all constitute like a loose sequence of these novels. It’s a risky combination, but it’s been working alright for me, though I don’t imagine anyone’s in any hurry to follow!

Are there any writers or specific stories that had a big influence on Unholy Landbut not on anything else you’ve written?

There are some pretty obscure books that feed in a number of ways into Unholy Land, but that’s kind of something that happens with every book; echoes and shards and fragments that get twisted. So while there are a lot of distinct influences that go in, I try to make sure I only write a book if I feel it has something new to say and do.

The one book I’d cite as a conscious influence here is Graham Greene’s novella version of The Third Man, which he essentially wrote to flesh out the movie script before starting it. I thought the narrative technique he used was really interesting, and I tried to take it one step further here. Whether that worked or not remains to be seen.

How about non-literary influences, such as movies, TV shows, or video games; did any of them have a big impact on Unholy Land?

You know, I sometimes think of the three books I mentioned earlier — Osama, The Violent Century, and A Man Lies Dreaming — as my Casablanca Trilogy, because they all contain an homage to that movie. So sure. There are a lot of influences that go in, but if there are, they’re little references, little jokes the reader could pick up. So, you know, tell me if you find any.

Now, as you may know, some sci-fi and fantasy novels are self-contained stories, while others are part of larger sagas. Which is Unholy Land?

It’s a stand-alone book. I love reading series, but as a writer I want to explore new things with every book I write. I was commissioned to write a trilogy early on in my career, and I did it, but unless someone tosses a ridiculous amount of money in my direction I probably wouldn’t be in a hurry to do it again.

I asked earlier if any movies, TV shows, or video games had influenced Unholy Land. But has there been any interest in adapting this novel into a movie, show, or game?

Well, as I type this it hasn’t even come out yet. There’s certainly stuff happening with some of my others books in terms of adaptation but, unfortunately, it’s nothing I can really talk about. I can say it definitely seems there’s a lot of interest in television adaptations specifically these days, but whether anyone would like to make Unholy LandI have no idea. Stranger things have happened.

If Unholy Land does get adapted, who would you like to see them cast in the other main roles?

It’s not something I’ve ever thought about. I do think of it more generally from time to time — I think for instance Kenneth Branagh [Murder On The Orient Express] would make a wonderful down-at-heel Hitler in an adaptation of A Man Lies Dreaming — but as one person in Hollywood once told me, “You just leave the casting to us.” Wise words, I think. 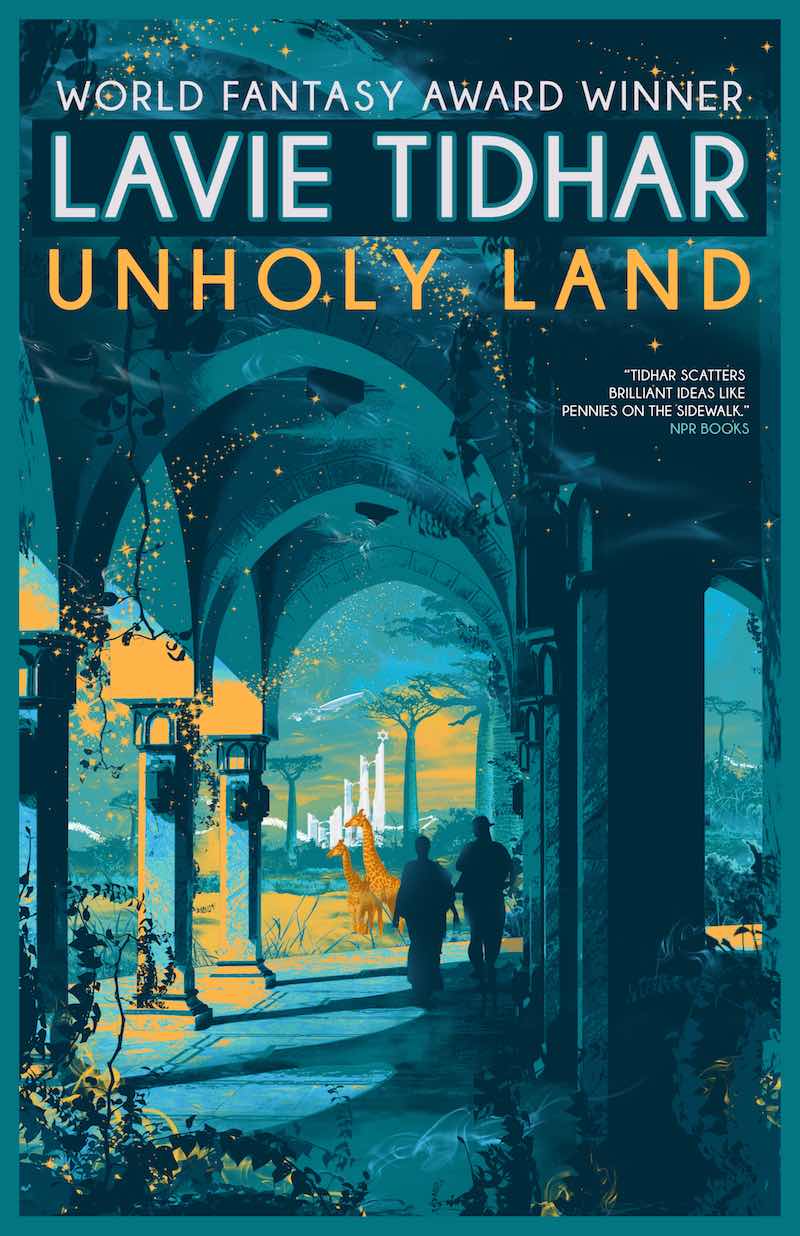 Finally, if someone enjoys Unholy Land, which of your other novels would you suggest they read next and why that?

Definitely try A Man Lies Dreaming. It’s got Adolf Hitler as a private eye. And the next one to be published — The Circumference Of The World, which is out in 2019 — is, I think, really interesting. It’s kind of me tackling the subject of religion and God. In a weird sort of way, anyway. And tossing in some detective stuff and science fiction and historical fiction and a bunch of other things into the mix. Or if you fancy something a little different, my first children’s book was recently published. It’s called Candy. It’s a fun book. 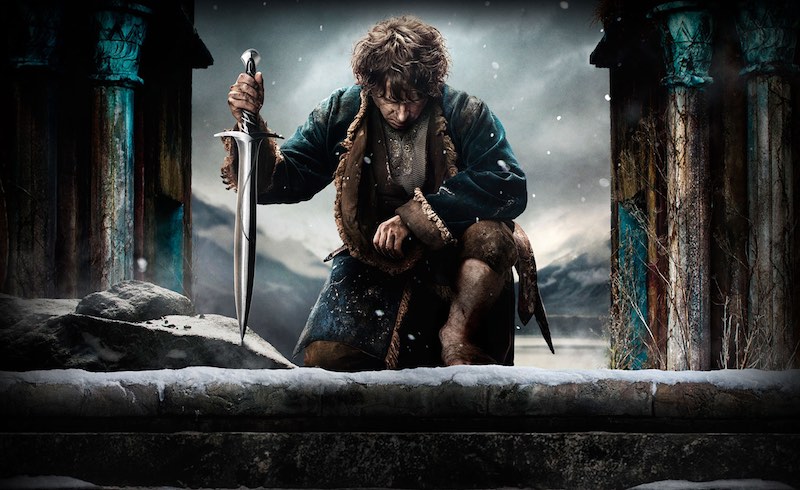 The Hobbit The Battle Of The Five Armies Extended Edition Blu-ray, DVD Review 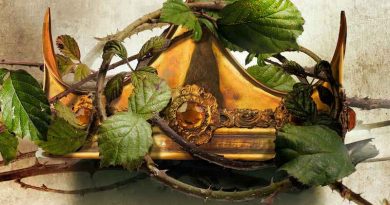 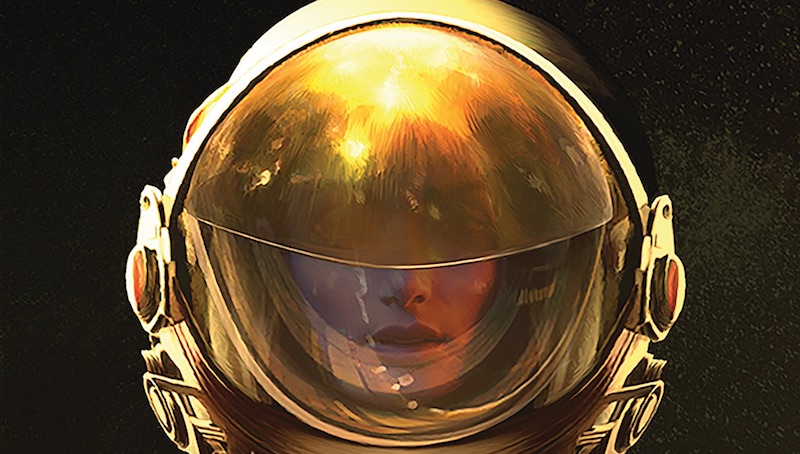