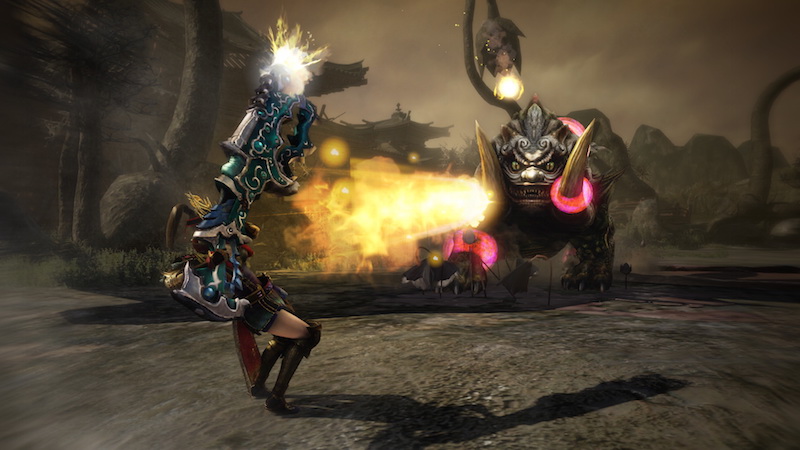 In the action game Toukiden: The Age Of Demons, Vita owners got to track and kill fantastic creatures. Now a new version of that game, Toukiden Kiwami, is slated to bring the game’s beast stalking action to the PlayStation 4 and Vita on March 31st. But in talking to Toukiden Kiwami Producer Takashi Morinaka, it’s clear that this edition is both new and improved…and that you shouldn’t mention that other monster hunting game when you talk to him. 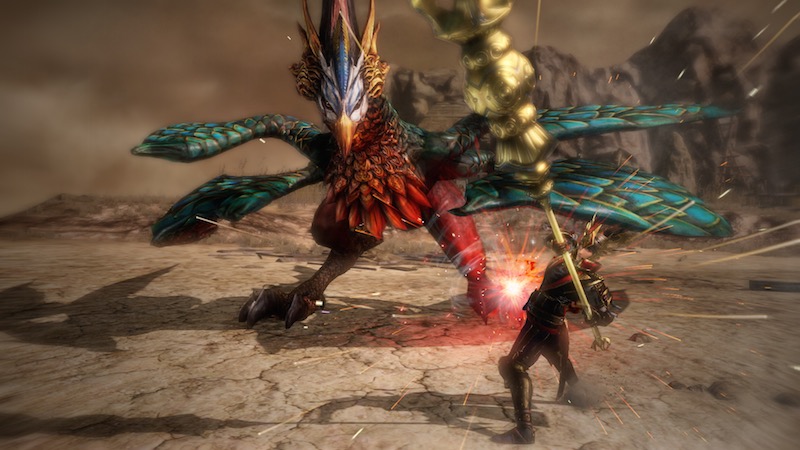 For those unfamiliar with the original version of Toukiden Kiwami, what kind of game was it and how do you play it?

Toukiden Kiwami is an action game where you fight oni [demons] in a unique world of “wa: Japan” and “history.” Fighting against oni involves cutting off their arms and legs, then penetrating and destroying their body-parts.

The other feature is the “Mitama” system where you can borrow special powers from historical figures and drive dramatic stories by playing with your allies.

Uh, okay. Is there anything you think Monster Hunter does better?

From the beginning, “Japan” was the theme of Toukiden Kiwami. Intentionally, we avoided design that would give impressions of the Western world.

So when it comes to the new version of Toukiden Kiwami, what have you added, changed, or improved, and why did you feel it needed these additions, changes, and/or improvements?

In this new version of Toukiden Kiwami, we increased both the number of chapters and enemies. It has about twice as much content as the last game. We also redid the A.I. of enemies and allies from scratch so there’s even more ferocious battles.

But the biggest addition to this version of Toukiden Kiwami is “Oni sengiri,” which enables you to destroy multiple parts with one blow given the help of your allies. This technique is available only when the team power gage is full and reflects the importance of fighting together with your team. It also becomes important to know when to use this power. We added a function to direct NPCs to do various acts, and have improved the operability of weapons.

This new version of Toukiden Kiwami is already out in Japan. Are there any major changes between that version and the one coming out in the U.S.?

There are no significant difference in content between these two versions. Though they do both add the ability to cross-save and cross-play between PS4 and Vita.

Correct me if I’m wrong, but the PlayStation 4 version of Toukiden Kiwami is only coming out in the West, right? Why are you not releasing it in Japan as well?

The PlayStation 4 is quite active in the West, and I very much wanted users to experience the high-res version of Toukiden Kiwami.

Along with the game, you’ve also commissioned Urasuke Ayano to write a manga prequel of Toukiden Kiwami. Are there any plans to do more comics or maybe an anime show or movie?

Currently, we are considering a variety of Toukiden Kiwami series. 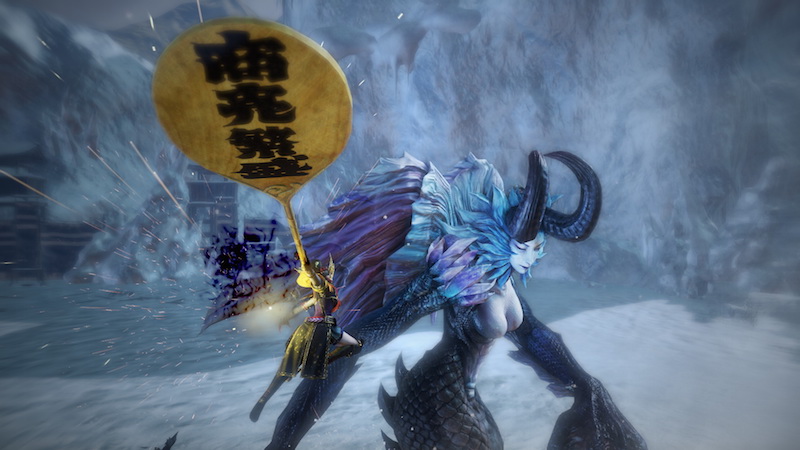 Finally, if someone really loves Toukiden Kiwami and wanted to know which of Omega Force’s other games to play, which would you recommend they play next and why?

Honestly, it is hard to pick amongst them…. Every game is a different action title. Please try them all. 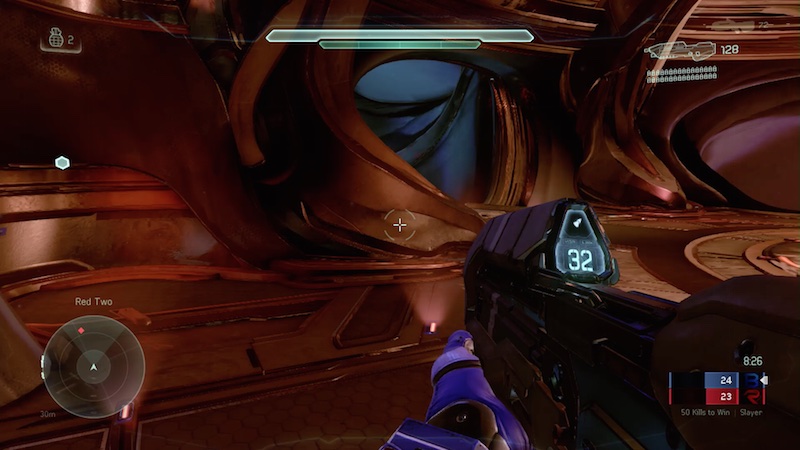 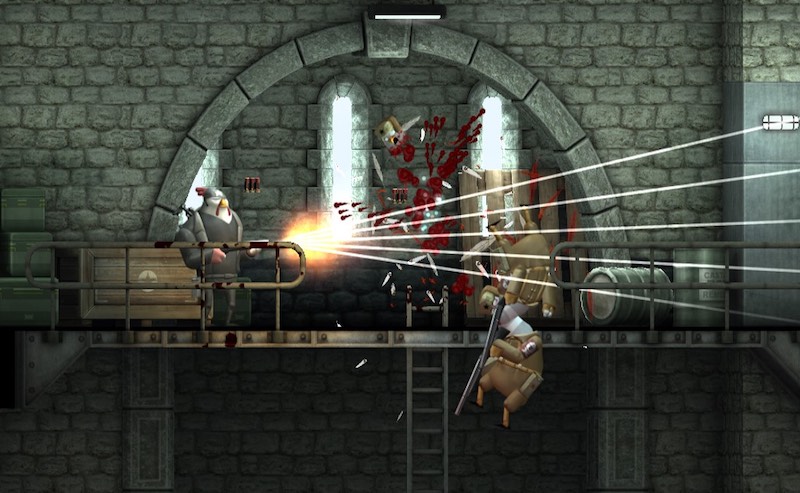 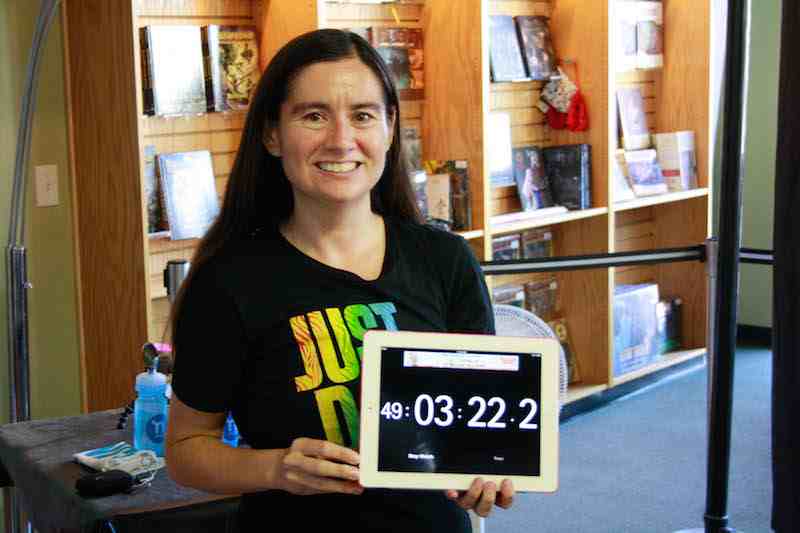