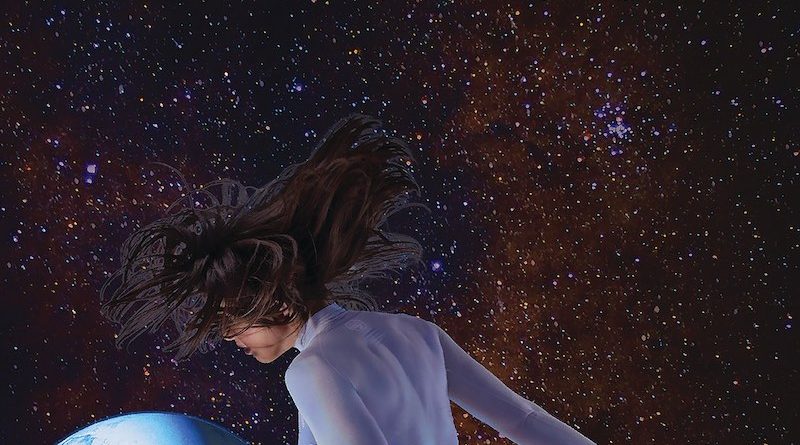 Having written three novels in her sci-fi space opera series, Wayfarers, writer Becky Chambers is taking a short break of sorts with To Be Taught, If Fortunate (paperback, Kindle), a novella she describes as “near-ish future astronaut fiction.” In the following email interview, she discusses the origins and influences on this story, as well as how it’s unconnected but still relates to her Wayfarers novels. 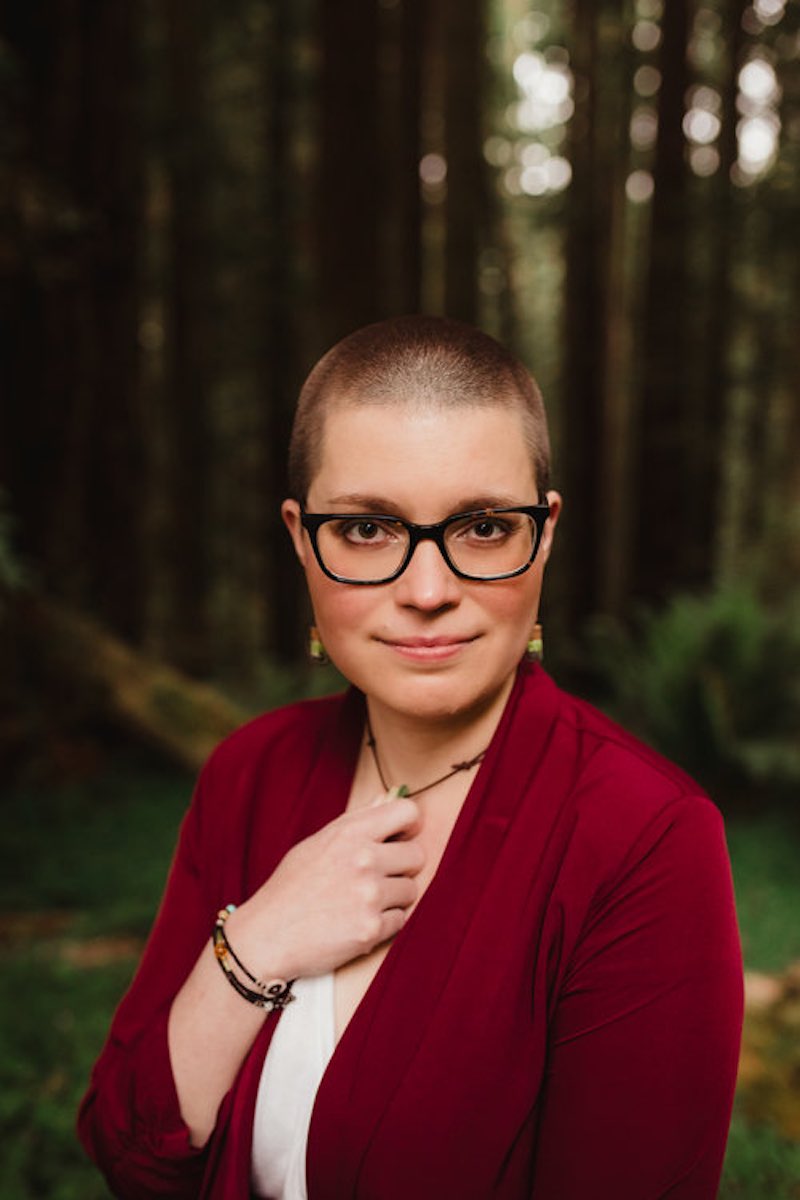 I always like to begin with a summary of the plot. So, what is To Be Taught, If Fortunate about, and when and where does it take place?

To Be Taught is about a crew of astronauts on an ecological survey of an exoplanet system fourteen light-years from Earth. It begins roughly a century from now, during a time in which space exploration is citizen-funded and astronauts are (mildly) genetically engineered to survive life on other worlds. It’s a love letter to science, and a deep dive into some big questions about the nature of exploration.

Where did you get the idea for To Be Taught, If Fortunate and how, if at all, did the story change as you wrote it?

Everything I write is such an amalgamation of whatever’s going on in my life right then. For this one, two big components smooshed together: a decade’s worth of slow-burn, post-Shuttle era, existential uneasiness about the future of human spaceflight, and the good luck of meeting a scientist with some radical, beautiful ideas about how we might alter our bodies to suit other planets, instead of terraforming other planets to suit us. Those are the meat and potatoes. I wrote two other endings before I landed on the one that I stuck with. Like so much of my stuff, that decision came out of a chance conversation with a friend about something else entirely. So much of writing is just making dinner out of whatever leftovers you have in the fridge. You work with what’s in front of you.

To Be Taught, If Fortunate sounds like it’s a sci-fi space opera. Is that how you see it?

I don’t think “space opera” fits the bill, because I associate that with alien civilizations, intergalactic politics, far-future spacefaring cultures, and so on. Both the setting and the story of this one are much closer to home. Is “near-ish future astronaut fiction” a thing? Because that’s what I think it is.

Not that I can think of. To Be Taught is definitely not a Wayfarers book, but I feel like it’s a continuation of the conversation I’ve been having with myself since I started that series. It felt like a natural detour to me. It’s born out of a lot of the same stuff, I’m just tackling it from a different angle.

What about non-literary influences; did any movies, TV shows, or video games have a big influence on To Be Taught, If Fortunate?

Honestly, To Be Taught is way more grounded in non-fictional media than fictional. I grew up watching a ton of science shows, and they’re still my go-to comfort food. When I think back to sitting on my parents’ couch in front of the TV, I picture shows like Nature and Nova — just a constant parade of awesome animals and space race footage. I still watch those series all the time. If I see a new episode from one of them pop up on my TV’s PBS app, that’s it, that’s my evening. To Be Taught was, for me, a way to pour my heart about how much I love real science. Scientists are rockstars, and I’m their fangirl. That’s what went into this book.

So is To Be Taught, If Fortunate part of a series like your Wayfarers novels?

This novella flies solo. It’s its own thing. I can’t explain that further without spoiling things, but it just doesn’t work if there’s more to come. It’s a very self-contained story.

And, while we’re on the subject of series, are there plans for Wayfarers novels?

I’m just now starting on the fourth Wayfarers book. I can’t talk about it yet, but like all of them, it’s headed off to places in the Galactic Commons that we haven’t explored previously. It’s very alien, I can say that much. If all goes well, it’ll be out in 2021, but I’ve got to finish it first!

If To Be Taught, If Fortunate sounds like it could be a cool movie. If that happened, who would you want them to cast in the main roles?

Fan-casting is not my forte, so I don’t have any specific names to suggest, but this book is about an international, multiethnic crew, and one of the characters is a trans man. I’d be heartbroken if the casting didn’t stay true to both of those points. 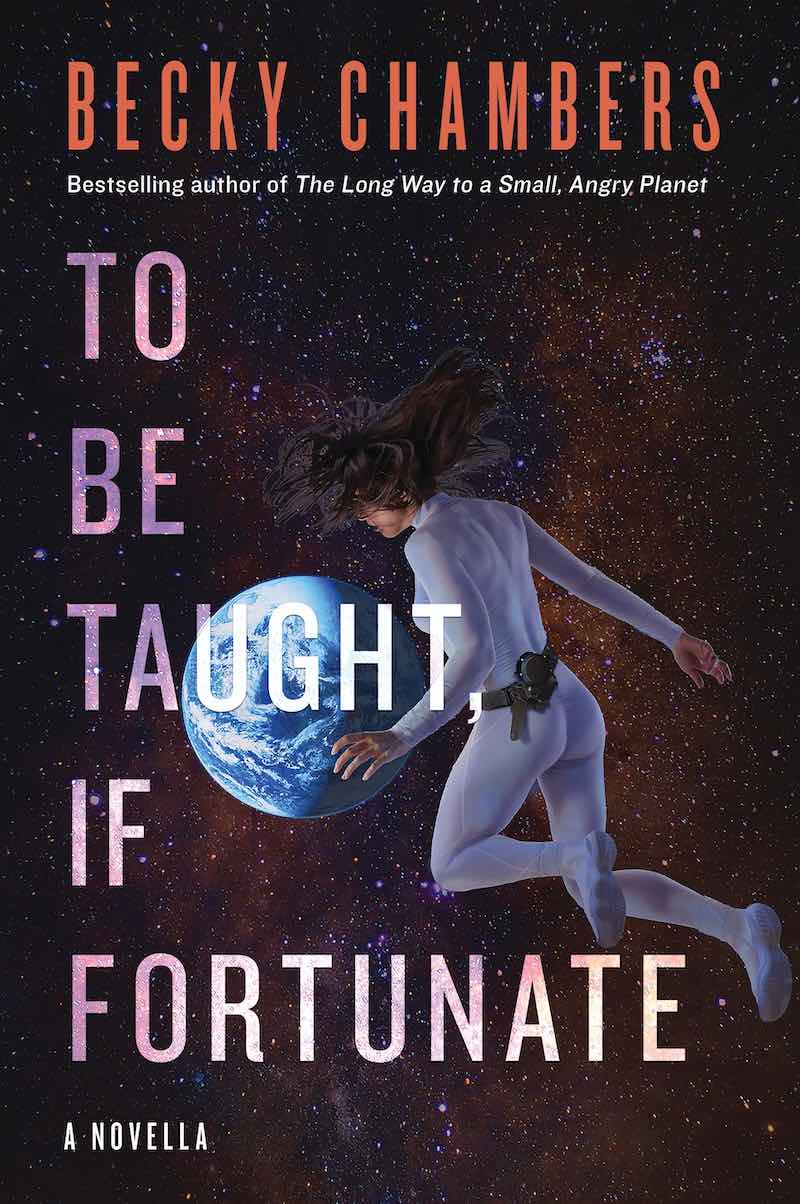 Finally, if someone enjoys To Be Taught, If Fortunate, obviously they should read the Wayfarer novels. But after that, what sci-fi space opera novella of someone else’s would you suggest they read next?

I’m going to recommend a novel instead of a novella: The City In The Middle Of The Night by Charlie Jane Anders. I just read it last week and devoured every word. This book is everything I love about sci-fi: huge weird ideas, intimate character drama, explorations of body, and self, achingly lovely prose. If you like my stuff, I’m guessing that you favor stories that focus more on people and societies more than hard technical details, and that’s what this one is all about.