Despite what the title may suggest, Grady Hendrix’s new novel The Southern Book Club’s Guide To Slaying Vampires (hardcover, Kindle, audiobook) is not a helpful how-to book. Well, not unless — as he explains in the following email interview about it — your neighborhood has bigger problems than unwanted overnight parking and loud parties.

To begin, what is The Southern Book Club’s Guide To Slaying Vampires?

It’s about a book club in Charleston, South Carolina back in the ’90s and what happens when a man who’s possibly a vampire moves into the neighborhood.

Where did you get the original idea for The Southern Book Club’s Guide To Slaying Vampires and how did that idea evolve as you wrote it?

A while back I wrote a book called My Best Friend’s Exorcism about two teenage girls living in Charleston in 1988 at the height of the Satanic Panic. They become convinced that one of them is possessed by Satan and poor decision-making ensues. A lot of people read it and said, “The parents in that book are horrible.” And they’re right, because I wrote that novel from a teenage point of view, and when you’re a teenager your parents are totally horrible. But there’s another version of that story, told from the parents’ point of view, about how helpless you feel when your kid is in danger. I wanted to write a story about those parents, and so The Southern Book Club’s Guide to Slaying Vampires was born. It’s not a sequel to My Best Friend’s Exorcism but it takes place in the same neighborhood, a few years later, because that’s where I grew up and I apparently lack the imagination to write about anywhere else.

It sounds like The Southern Book Club’s Guide To Slaying Vampires is a comedic horror story, and not the how-to guide the title suggests. Is that how you’d describe it?

If your neighborhood has recently experienced an influx of vampires after it appeared in a USA Today article about how it’s one of the top ten places in America to retire, then this book is definitely a non-fiction how-to guide. But if you’re a normal person who enjoys stories about true crime fans attempting to murder their new neighbor who may or may not be a vampire, then it’s fiction.

So in terms of the book’s comedic aspects, is The Southern Book Club’s Guide To Slaying Vampires jokey like The Hitchhiker’s Guide To The Galaxy or is it more situational like, say, John Scalzi’s The Collapsing Empire? And why is it whatever it is?

“Why is it whatever it is” might be one of my favorite interview questions of all time, and I plan to deploy it the next time my aunt knits me a bag that may also be a blanket but it might just be a Kleenex box cozy with a picture of Santa Claus holding the baby Jesus stitched into the side. I’m going to ask her “Why is it whatever it is?” and I expect she’ll just disintegrate into her component elements.

And that’s a great way to deflect my question. But, seriously, what writers or comedians do you see as having the biggest influence over the humorous aspects of The Southern Book Club’s Guide To Slaying Vampires?

I really don’t write comedy. I always feel like comedy is eternally poking me in the ribs and trying to make me laugh, which feels as oppressive as being trapped on a long car ride with my uncle, who considers himself a “jokester.” That’s literally how he introduces himself to people. I write about the world I see around me, and that world is funny and tragic and horrifying in equal measure. No one will be able to write the history of the coronavirus pandemic without talking about toilet paper hoarding, and I’m sorry, but this idea that a global pandemic has something to do with our butts and we need toilet paper to defend ourselves from it is funny, tragic, and horrifying all at the same time. Add horror to comedy and you get real life.

So, are there any writers, or specific stories, that had a big influence on The Southern Book Club’s Guide To Slaying Vampires but not on anything else you’ve written?

It takes me a long time to write a book, and I usually adopt someone as a spirit animal to keep me company on the trip. For this book it was Shirley Jackson, especially her books about family life, Life Among The Savages and Raising Demons. I’ve always loved her quiet, assured voice that, quite reasonably, lead you down paths that end in chaos and bloodshed.

What about non-literary influences; was The Southern Book Club’s Guide To Slaying Vampires influenced by any movies, TV shows, or video games?

Now, vampires have been portrayed a lot of different ways in movies. Sometimes they’re scary [Steve Niles’ 40 Days Of Night comic], sometimes they’re suave [George Hamilton in Love At First Bite], and sometimes they’re sparkly [Twilight]. What kind of vampires are being slayed in The Southern Book Club’s Guide To Slaying Vampires and why did you decide to have it be those kind as opposed to one of the others?

You’re assuming any vampires get slayed at all in this book. Just because something’s a guide, that doesn’t mean anyone ever follows the instructions successfully. How many of us own A Field Guide To Birds but can’t name a single one of our feathered friends? How many times have we consulted A Guide For Dressing Serious Wounds only to have a loved one bleed out while we turned the pages?

That said, there’s an iconic American archetype of the cowboy, the rambling man, the good-looking guy who blows into town with no roots and no past, and he turns everyone’s lives upside down, then rides off into the sunset. It’s Shane, or Jack Kerouac, or Robert Kincaid in The Bridges Of Madison County. Or, further down the spectrum, it’s Ted Bundy. Or Jeffrey Dahmer. Or Henry Lee Lucas. Because vampires are the original serial killers, stripped of everything that makes us human — they have no friends, no family, no roots, no children. All they have is hunger. They eat and eat and eat, but they’re never full.

You also set The Southern Book Club’s Guide To Slaying Vampires in a world where people are not only aware of vampires, but they’re aware of other novels about vampires, including Dracula and Interview With The Vampire. Why did you decide to do this, as opposed to setting it in a world where no one’s ever heard of vampires?

I lack imagination, so I can only write about the world I see around me, and that’s a world which contains an alarming amount of vampire erotica. To deny its existence would be to deny life itself.

In a similar vein, The Southern Book Club’s Guide To Slaying Vampires largely takes place in 1993. You kind of answered this already, but I’ll ask anyway: Why did you decide to set it then as opposed to 1953 or 2003 or 2023, and how did this impact the story?

The ’90s were famously the decade when “nothing happened” but the roots of everything going on today are in the ’90s. It’s when the banks were deregulated, and it’s the last time we impeached a president. More than that, it was a very strange decade for women. At the start of the ’90s you had the Anita Hill hearings, which prompted a massive wave of women to take public office. You had every major modern female singer-songwriter release their first albums. You had the riot grrl movement and the one-million strong March For Womens’ Lives. By the end of the decade, abortion clinics were being bombed and porn was mainstream, strip club franchises dotted the country, and concerts like Woodstock ’99 featured arson, violence, and sexual assaults that no one took seriously. What happened?

Your previous novels — Horrorstor, My Best Friend’s Exorcism, and We Sold Our Souls — were all stand-alone stories. Is The Southern Book Club’s Guide To Slaying Vampires as well? Aside from, as you said, being set in the same neighborhood as Exorcism.

I don’t really do sequels, unfortunately. There are too many books I want to write. I don’t have time to repeat anything.

The rights to The Southern Book Club’s Guide To Slaying Vampires have been sold to Amazon. What can you tell us about this adaptation?

I’m a really inefficient writer, so there are two completed versions of The Southern Book Club’s Guide to Slaying Vampires that are vastly different from the version people will read. They have a lot more characters and a lot more world building. So one of the nice things about working on the TV series with Amazon is that I’ll get to use all that all material, bring in those other characters, and generally do all the fun things that I didn’t have room to do in this book.

Finally, if someone enjoys The Southern Book Club’s Guide To Slaying Vampires, which of your other novels would you suggest they read next?

I’m a nice boy from South Carolina, so recommending someone read one of my other books feels pushy to me. But if you read Southern Book Club you might want to try something else afterwards, and I can’t recommend Shirley Jackson’s Life Among The Savages enough. It’s very good and very funny, which is a winning combo. If you want some true crime that’ll blow your mind, Ann Rule’s The Stranger Beside Me pretty much started the genre and it’s still an amazing book. Truman Capote gets way too much credit for “starting” the genre with In Cold Blood. Ann Rule is where it’s at. 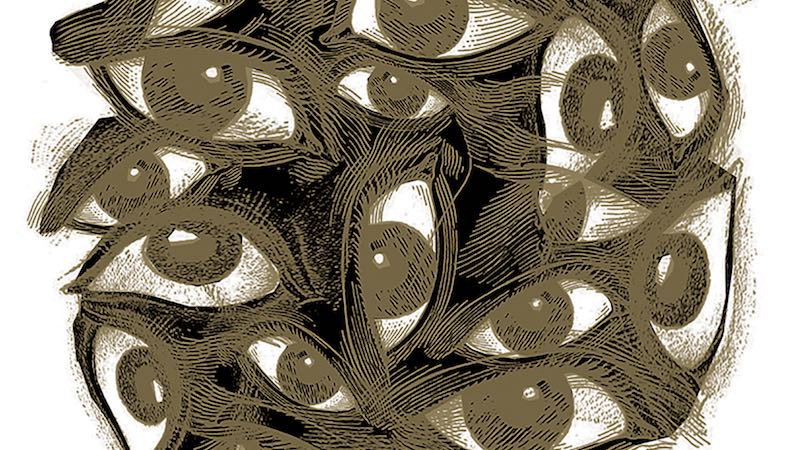 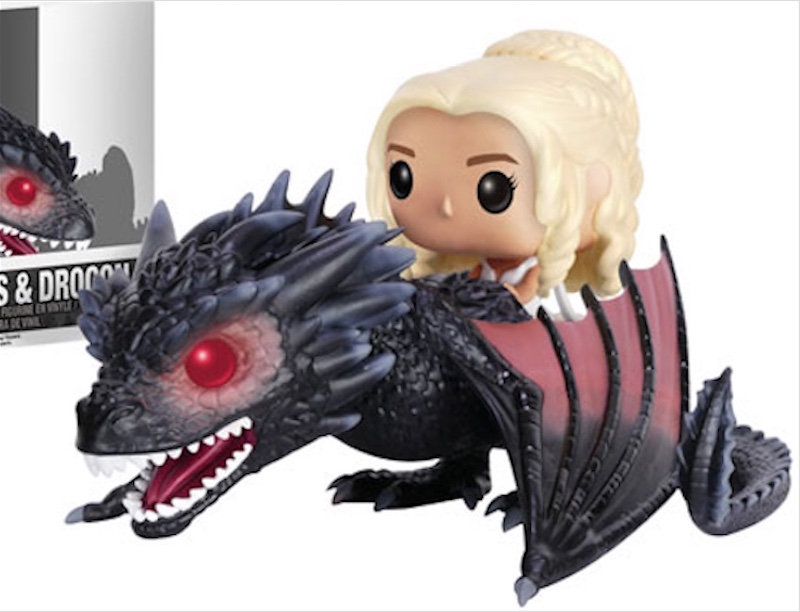 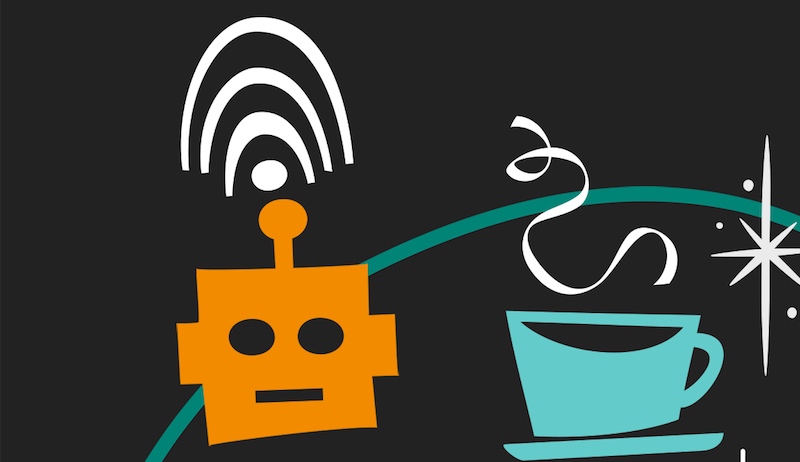