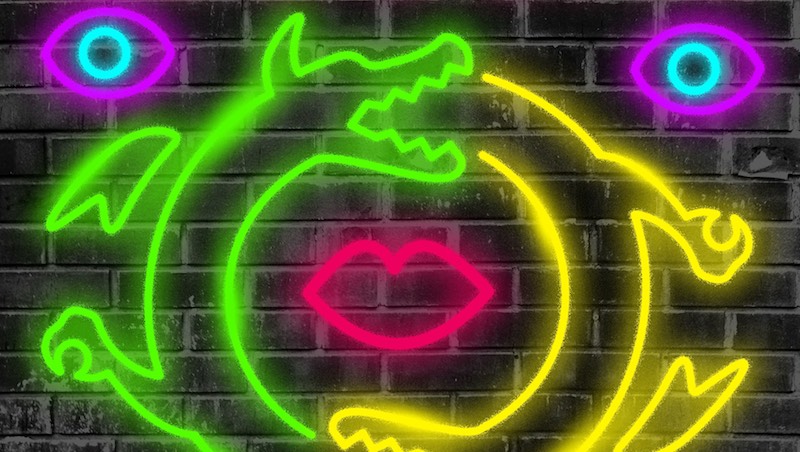 With her new novel The Sky Is Yours (hardcover, Kindle), writer Chandler Klang Smith mixes elements of fantasy, dystopian science fiction, noir, romance, and other genres with the skill of a hipster making one-off donut flavors. But in talking to her about the book for the following email interview, she also mentioned the influence of some oddball cartoons, a couple video games, and one very funny fella you might not expect. 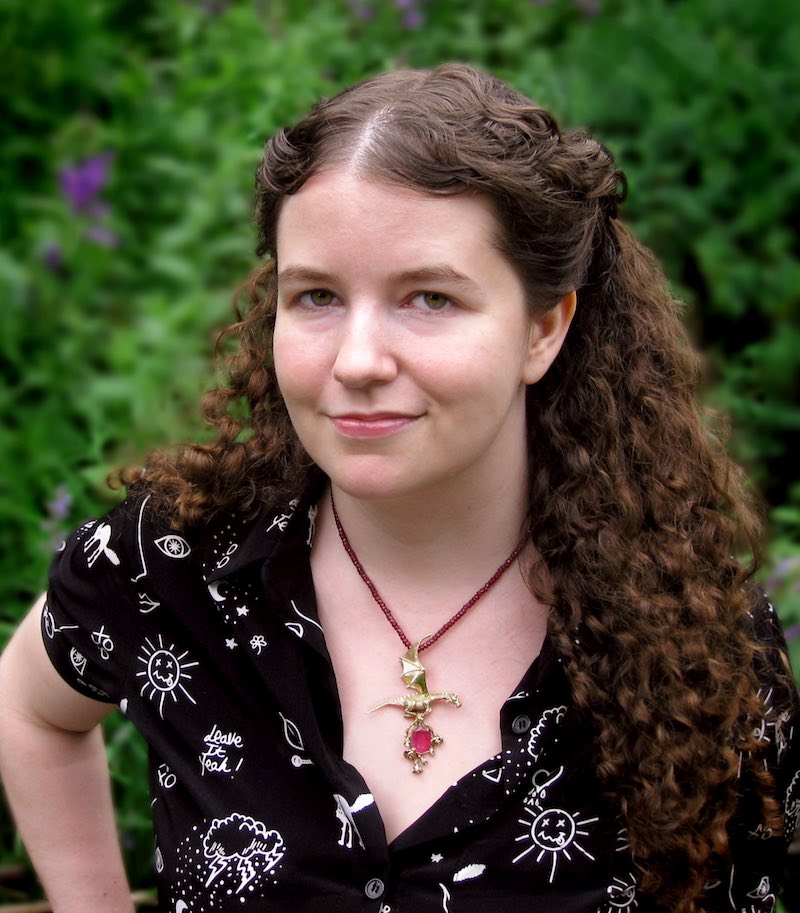 To start, what is The Sky Is Yours about?

The first line of the novel is, “This is a story of what it is to be young in a very old world,” and I think that’s a fair description of the plot. Three young people set off from home to seek their fortune in a ruined, dragon-plagued city that doesn’t give a damn about them or anything they do, where everything’s been on fire for a very long time.

Where did you get the original idea for The Sky Is Yours, and how different is the finished novel from that initial idea?

The first image I thought of was of a young woman standing on a garbage dump island watching dragons attack a city. I knew the young woman and the dragons were somehow connected, but I didn’t know how. It seemed potent and full of mystery, with a lot of room for world-building and exploration. That was the initial fuel that sent my imagination into hyperdrive.

World-building wasn’t something I’d done a lot of in my writing up to that point. I’d written some lightly researched historical fiction, but other than that, the worlds of the stories I told were usually confined to the constraints of the reality around me. In this novel, for the first time, I had to build not just a scenario but an entire society from the ground up, and that was challenging in all kinds of ways I wasn’t expecting. I had to think about questions like, “How does the sewer system of this place work?” or “Which government institutions are still operative?” That meant the book went in many directions that were less lyrical and imagistic and more related to the pressures and constraints that these characters would actually face.

The Sky Is Yours has been called dystopian. Do you agree?

I saw one customer review where a reader said she considered this book apocalyptic rather than dystopian because the destruction is inflicted by the dragons, a non-human force. Without giving too much away, I disagree with this, not just because the history and fate of the dragons are inextricably intertwined with humans, but also because the dragons serve as a catalyst rather than a cause for the changes in the world of the novel. At one point, describing a prison colony in the city, I write that it was “a collaboration between the dragons and ourselves, a hell we built together.” I think the same principle applies to all of the structurally unsound aspects of the city’s daily life. Dystopian conditions usually emerge in reaction to a real or perceived outside threat.

But dystopian is by no means the only genre I thought of when writing this book. I borrowed liberally from many story traditions, including but not limited to: fairy tales, quest narratives, the Gothic romance, noir, mythology, opera, Shakespearean drama, Jane Austen-esque marriage plots, Frankenstein-ian science fiction, fantasy, urban legends, body horror, and the new weird.

The Sky Is Yours has also been compared to David Mitchell’s Cloud Atlas, Peter Heller’s The Dog Star, and Emily St. John Mandel’s Station Eleven. Do you think people who enjoyed those books will like The Sky Is Yours?

I certainly hope so, but that’s not really for me to say. I’m definitely a big fan of David Mitchell. Other influences on this book include Chronic City by Jonathan Lethem; Jonathan Strange And Mr. Norrell by Susanna Clarke; “Bounty” by George Saunders [from his short story collection CivilWarLand In Bad Decline]; the works of Thomas Pynchon, particularly his early short story “Low-Lands”; The Dead Father by Donald Barthelme; and the genre-bending novels of Kazuo Ishiguro. The Buried Giant actually came out when I was deep into the writing of this project, and I love the masterful way he both undermines and delivers on the slaying-the-dragon story.

How about such non-literary influences as movies, TV shows, or video games? Did any of them have an influence on The Sky Is Yours?

I’m a big fan of Adult Swim’s cartoons. I really dig most of the shows on that network, but of course Rick And Morty is a standout. I also love Arrested Development and Futurama; the influence of each of those will probably be apparent to readers. The comedian Patton Oswalt is one of my favorites and his Funny Or Die sketch about a loser poet named E. Hamish Plumbrick trying to become poet laureate partly inspired the character of Uncle Osmond.

In addition, I’m hugely influenced by the films of Terry Gilliam, especially Brazil. I also really enjoyed playing both BioShock Infinite and Skyrim during the writing of this book; BioShock Infinite because of the combination of satire and horror in the setting, and Skyrim because, you know, dragons.

And I strongly recommend the movie Tale Of Tales to anyone who connects with this book, since it covers many of the same themes, like strife between parents and children, the monstrous within each of us, and the puzzle of defining yourself in a perplexing and fallen world.

Now, a lot of the sci-fi and fantasy novels I’ve read lately have not been one-off books, but are instead part of a series. You’ve previously said that The Sky Is Yours is a stand-alone novel. Why did you decide to do this?

I’ve never written a series, so approaching a story that way isn’t my default. But I also think in terms of the particular structure of The Sky Is Yours, I needed something to contain it. I wanted the book to feel multi-faceted and epic and sprawling, with a dozen point-of-view characters and many different kinds of texts. The book includes letters, diary entries, songs, poems, books-within-a-book, screenplays, and more. I think that patchwork effect would feel scattered and overwhelming if the book as a whole didn’t have a distinct and cohesive singular shape. It was really only after writing the last chapter that I was able to go back and decide what was necessary and what was excessive or indulgent. If it had been a series, I don’t know how I would ever have figured out what I could cut.

I asked earlier about the influence of movies, TV shows, and video games on The Sky Is Yours. But has there been any interest in making into The Sky Is Yours into a movie, show, or game?

My agent is exploring possibilities, but that’s all I know. Personally, I would probably be the most excited about seeing The Sky Is Yours as a movie for the same reason I made it a stand-alone instead of a series: I love the compactness and elegance when all of the puzzle pieces fit together into a cohesive whole that can be experienced as unity. That said, the book does have a number of episodes and subplots that could lend easily to serialization. And there’s one sequence in the book that’s already structured as a video game playthrough on the page…so, yeah. 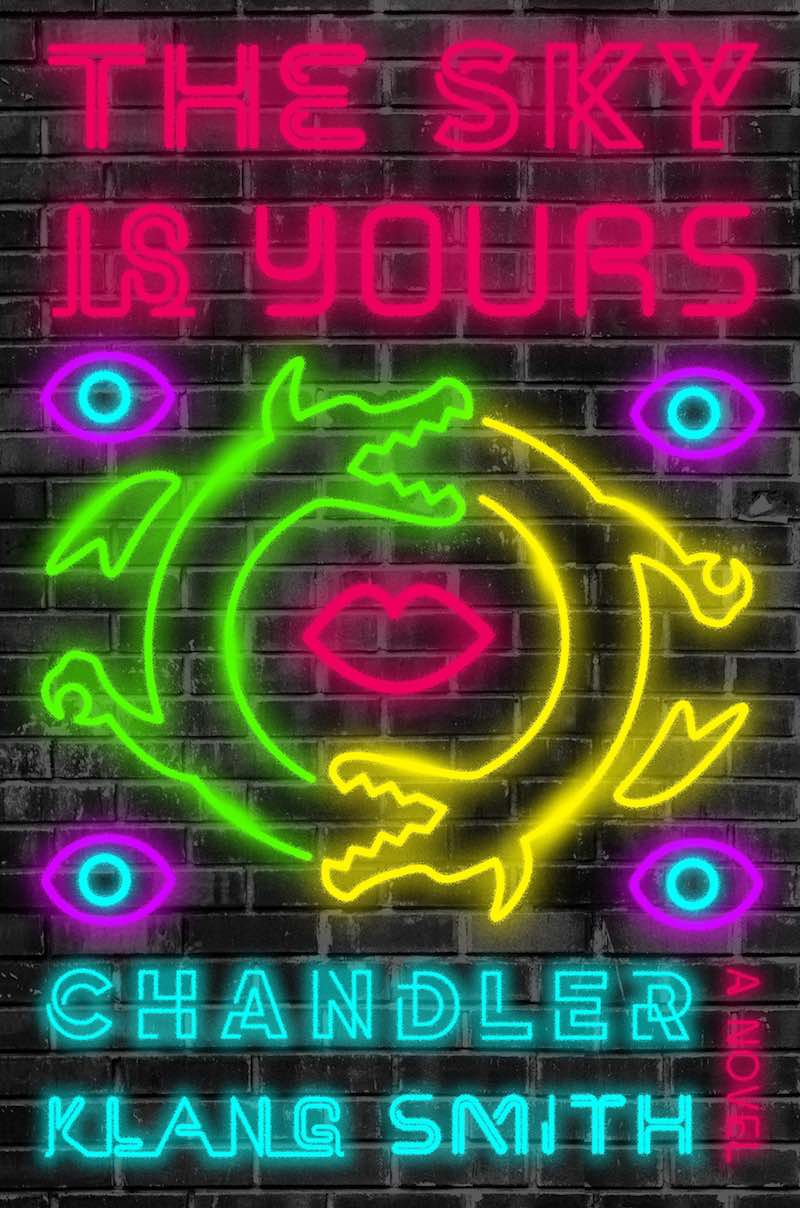 Finally, if someone enjoys The Sky Is Yours, what would you suggest they read next and why?

Oh man, so many possible recommendations. In addition to some of the influences I mentioned before, I guess I’d suggest Angela Carter’s The Magic Toyshop; Kelly Link’s collection Magic For Beginners, especially the story “Catskin”; Victor LaValle’s The Changeling; Lev Grossman’s Magicians series [The Magicians, The Magician King, The Magician’s Land]; Stephen Wright’s M31: A Family Romance; and Manuel Gonzales’ The Regional Office Is Under Attack! Those books all vary wildly in subject matter, tone, and form, but what they have in common with each other and with my novel is playfulness…and a delight in subverting the reader’s expectations. 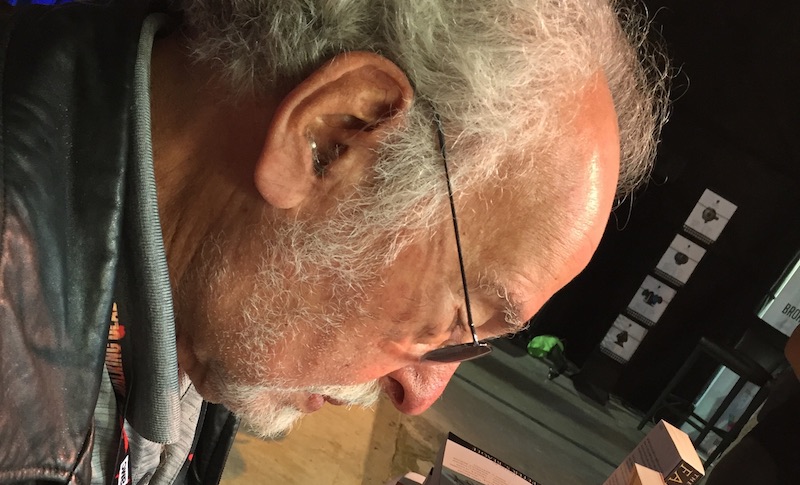 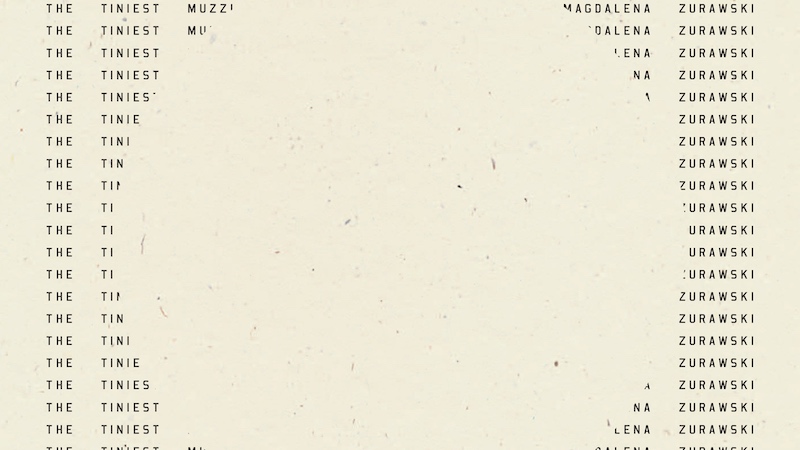 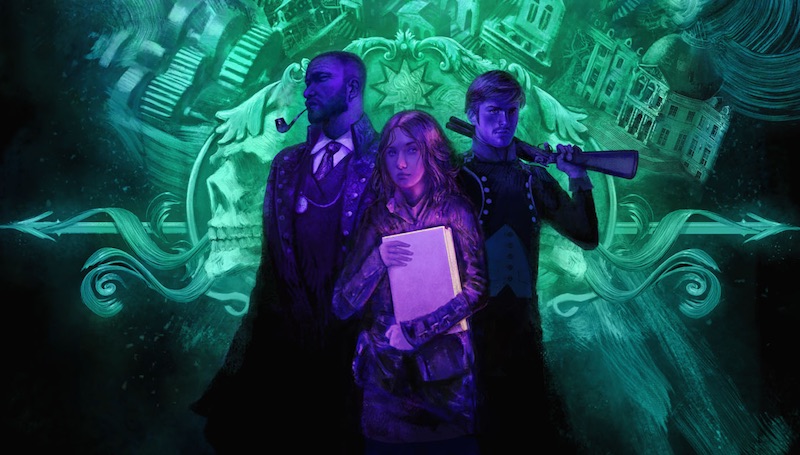