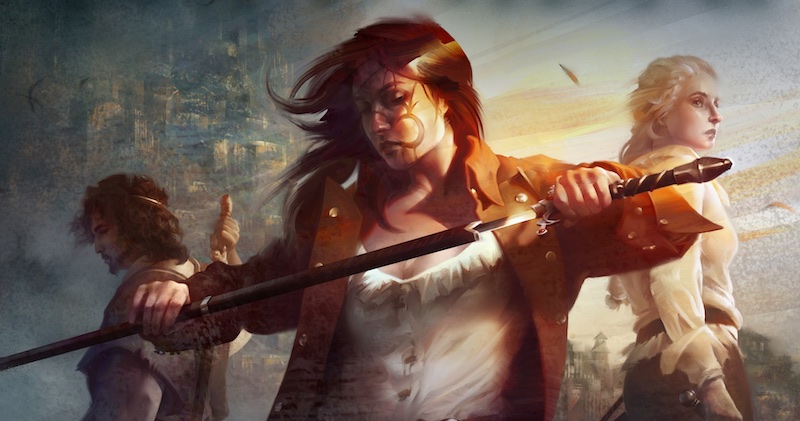 With Strife’s Bane (hardcover, Kindle), writer Evie Manieri is bringing to a close the Shattered Kingdomsfantasy series she began with 2013’s Blood’s Pride and continued in 2015’s Fortune’s Blight. In the following email interview, Manieri discusses where she got the idea for this final chapter, what influenced it, and why you should keep your website bio up to date. 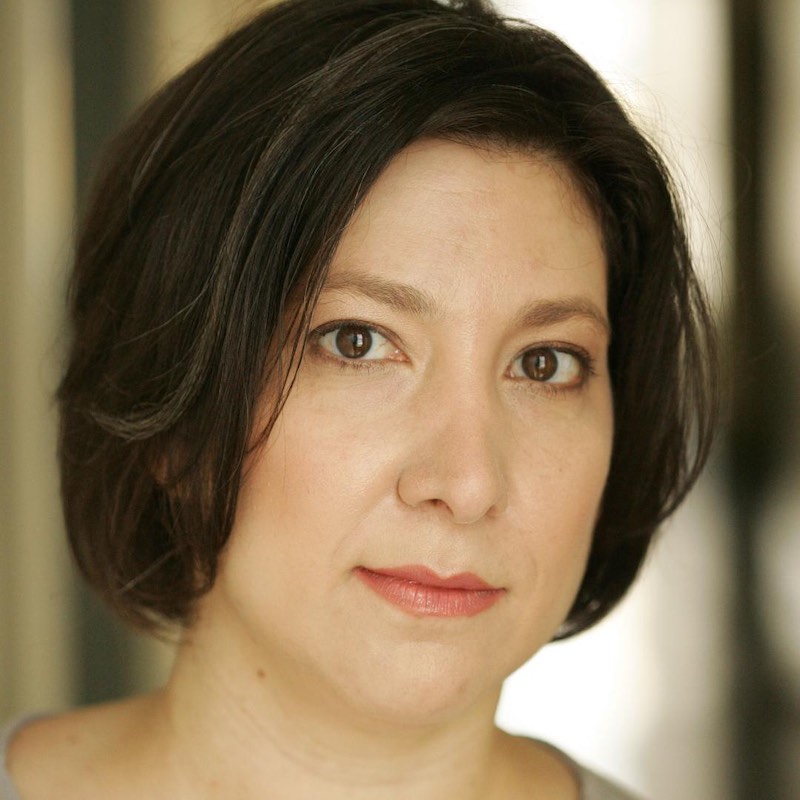 To start, what is the Shattered Kingdoms series about; what is Strife’s Bane about; and how does it connect, both narratively and chronologically, to the previous books, Blood’s Pride and Fortune’s Blight?

The Shattered Kingdoms series is about the conflict between the Shadar, a tiny desert kingdom with a strategic natural resource, and the Norland Empire, who have conquered and enslaved them. All of the books in the series take place within the same timeframe: Strife’s Bane picks up the story just a few weeks after the event of Fortune’s Blight.

Strife’s Bane specifically is about the struggle of the Shadari to hold on to the freedom they’ve finally won from the Norlanders, while the person who engineered all of their misfortunes — one of their own — comes back to collect on her investment.

When in the process of writing the three books did you come up with the idea for Strife’s Bane, what inspired the plot, and how, if at all, did that idea change between then and now?

The plot was inspired by a single moment that popped into my head one day, of a character appearing out of the desert and seeing the place where she was born in the distance. That scene is still in the book almost exactly the way I envisioned it. Everything else just bubbled up around it. I had no publishing contract then, so I wrote Blood’s Pride, then rewrote it, then tore it up and started over, then…you get the picture. It evolved over all those iterations. From there, it was a pretty straight line through Fortune’s Blight to Strife’s Bane.

In some ways, I found the last book a little easier since all the elements were in place, but that still didn’t stop it from taking some unexpected turns. I rely on the characters to see me through, always. And I’m a ruthless editor. I won’t hesitate to cut whole chapters if they’re leading in the wrong direction.

Strife’s Bane has been called an epic fantasy tale. Is that how you see it, or are there other genres, or combinations of them, that describe this story better?

Genre labels have their purpose, and I think epic fantasy is the closest we have. The arguments over “what is epic fantasy” are endless, and not really something I spend a lot of time thinking about. I write what I write and try not to give too much thought about the expectations that label might bring with it. 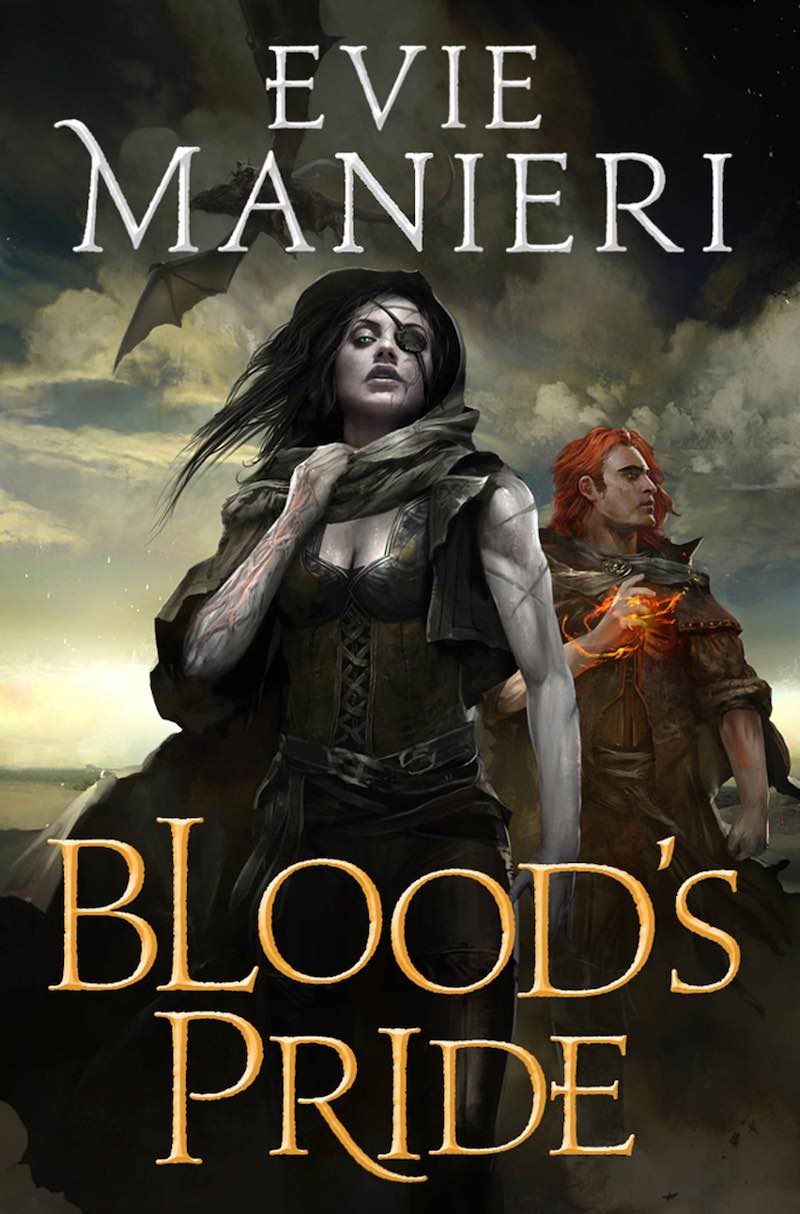 Are there any writers or specific stories that were a big influence on Strife’s Bane but not on Blood’s Pride and Fortune’s Blight?

No specific stories, but I credit Tad Williams’ Memory, Sorrow, And Thorn series with the first spark of inspiration. I devoured those books and immediately after started working on what would eventually — many iterations later — become Blood’s Pride.

How about non-literary influences; are there any movies, TV shows, or video games that you think had a big impact on Strife’s Bane?

Farscape is part of the DNA of everything I’ve written since it came out. I love Aeryn Sun with my whole heart, and Lahlil certainly owes her a debt. Kara Thrace from Battlestar Galactica is another influence. I’m drawn to characters who kick ass in direct proportion to their vulnerability, particularly when the former is the result of the latter.

Thank you for reminding me that I really need to update that bio!

I studied medieval history with a focus on daily life, and that does influence my approach to worldbuilding. I like to start with the small clues — someone’s diary, or the accusation in a law suit, or a laundry list — and build outwards from there.

As for theater, learning how to fully inhabit a character, to speak in their voice and communicate with their gestures, to walk with their gate…that’s invaluable. 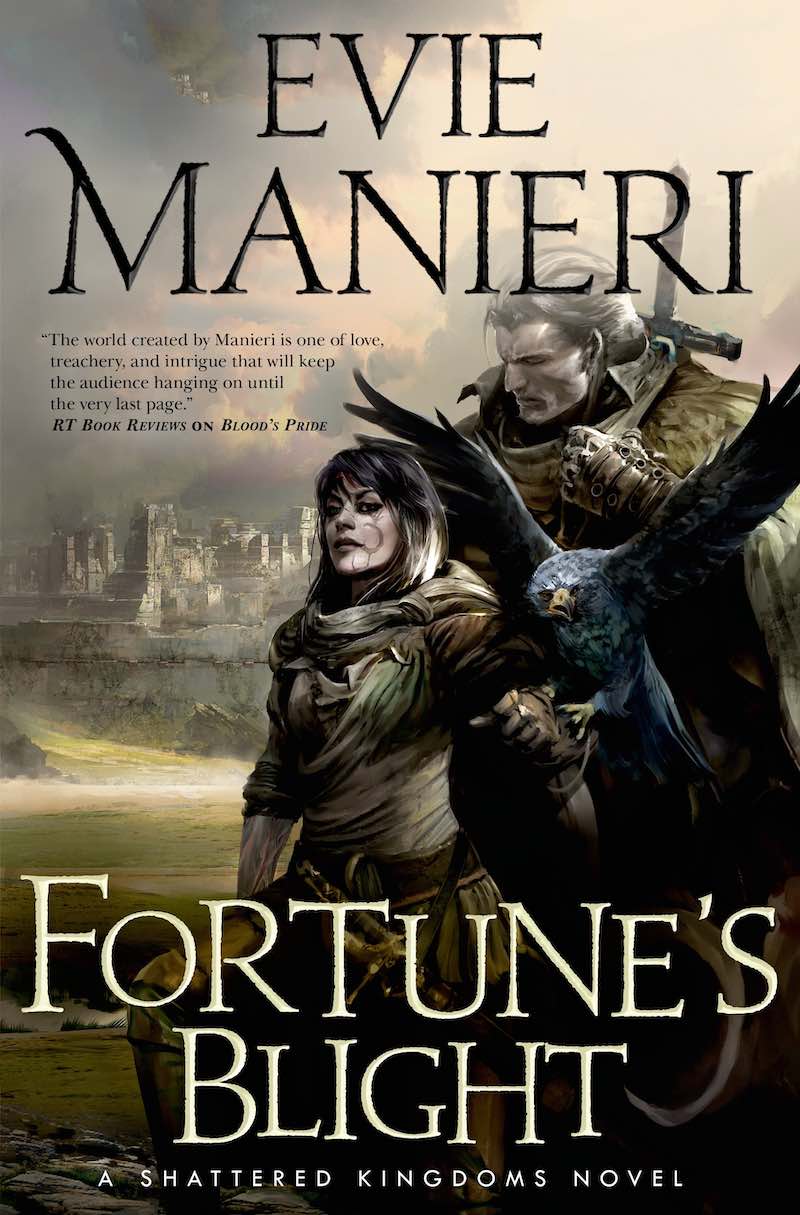 Now, Strife’s Bane is the end of the Shattered Kingdom trilogy. But is it the end of the story as well? I ask because some writers expand their trilogies with side stories or sequel trilogies.

It’s not off the table, but I’m not planning any continuation or side stories right now. I don’t think it would be healthy for me or good for my writing. I’m working on something entirely different at the moment, something that’s challenging me to think in new directions.

As you know, some people have been waiting for Strife’s Bane to come out and conclude this series because they want to read all three books in a row. Do you think that’s a good idea or do you think they should read something else in between?

Oh, I’d definitely recommend reading them back-to-back. As I said earlier, the story flows through the three books without any real time jumps and follows the same characters throughout. It’s a complex story with a lot of entwined threads and complicated relationships. And underneath it all is mystery that’s not fully resolved until the very end.

Earlier I asked about the movies, TV shows, and video games that may have influenced Strife’s Bane. But has there been any interest in making a movie, show, or game based on the Shattered Kingdom series?

I’m not waiting for the phone to ring, let’s put it that way. TV would be my preference, hands down. You’d have to cut it down far too much for a movie, and I don’t have enough experience with games. My gamer daughter calls me a filthy casual. Lovingly, I hope. Not that it would be easy [to make a Shattered Kingdoms TV show]. Shattered Kingdoms has a race of people who communicate telepathically, with no facial expressions or gestures. Hats off to anyone who can figure out how to make us understand that four absolutely motionless people are having a life-changing argument. Maybe it could work as anime?

If Strife’s Bane and the Shattered Kingdom trilogy was being made into a TV show, or an anime, who would you like to see them cast in the main roles?

The more I think about it, the more animation idea feels like the way to go. So, voice actors? Cate Blanchett [Thor: Ragnarok] via Hela would be perfect for Lahlil. I want to say Seth Green [Robot Chicken] for Jachad, but it might just be because of the red hair. You have to have Clancy Brown [Detroit: Become Human] and Patrick Warburton [Family Guy] — I don’t make the rules. Clancy has the gravitas for Omir and Warburton would be hilarious as Lem. Helena Bonham Carter [Fight Club] for Ani. Oh boy, this was not a good path to start down. I haven’t even gotten to Harotha, Daryan or Rho yet! 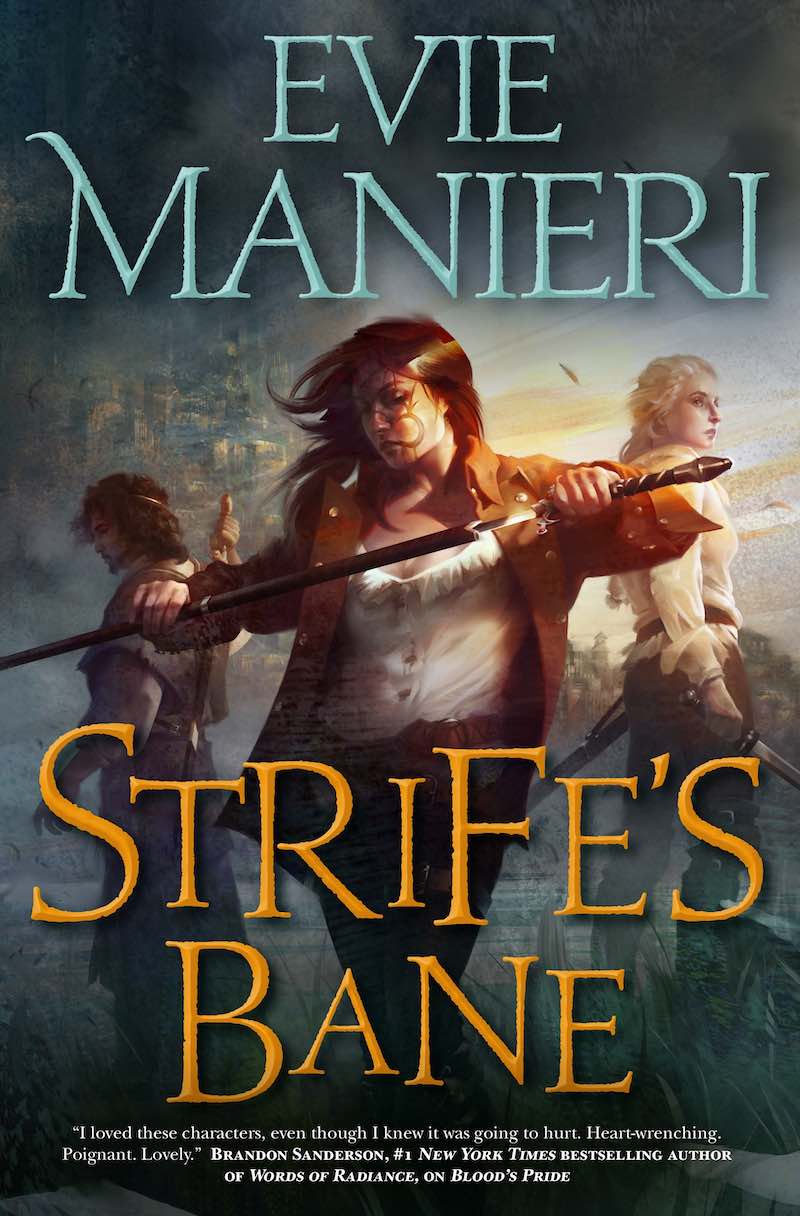 Finally, if someone enjoys Strife’s Bane, what similarly epic fantasy novel of someone else’s would you suggest they read next and why that? And just to make things interesting, let’s take The Lord Of The Rings, Game Of Thrones, and the other super obvious choices off the table.

I’m an eclectic reader and have been doing a lot of research / non-fiction reading lately, so there’s there’s a lot of recent epic fantasy on my T.B.R. pile. As for authors to check out: N.K. Jemisin, Robin Hobb, Kate Elliot, Tad Williams, Brandon Sanderson — who happily doesn’t need any plugs from me — Octavia Butler, Ursula Le Guin…. But there’s new and exciting stuff coming out all the time, and I’m far from caught up. And a special plea to give debut authors a chance. 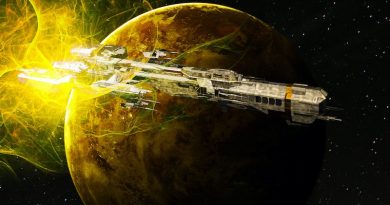 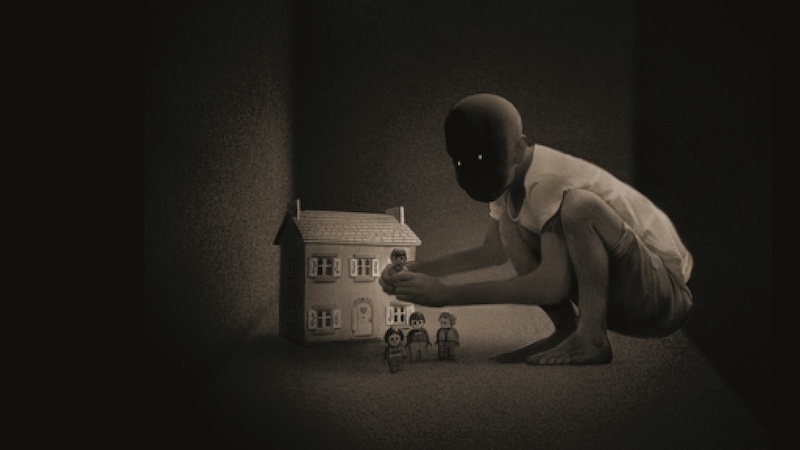 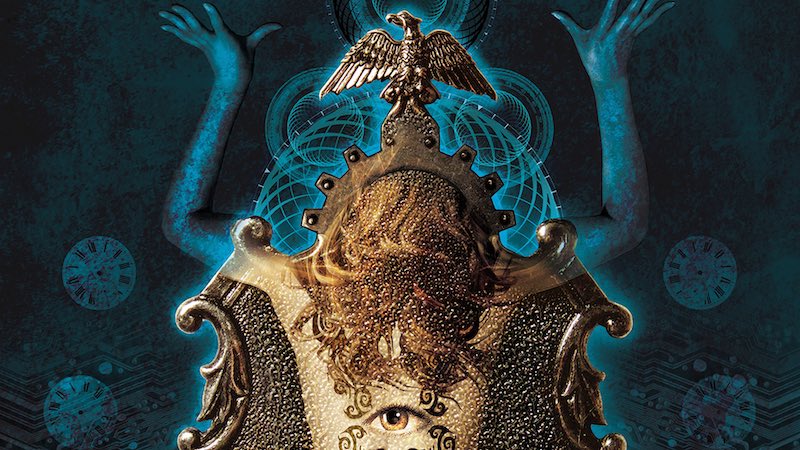