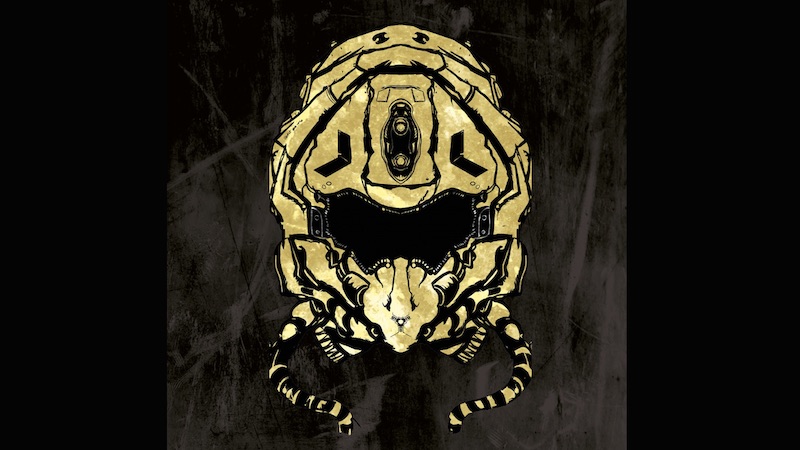 In many mech stories, getting to be a pilot is a dream, something you have to work hard to become. But in his sci-fi novel Steel Frame (paperback, Kindle), writer Andrew Skinner introduces us to Rook, a prisoner who’s forced to be a mech pilot when she’s sold into slavery. 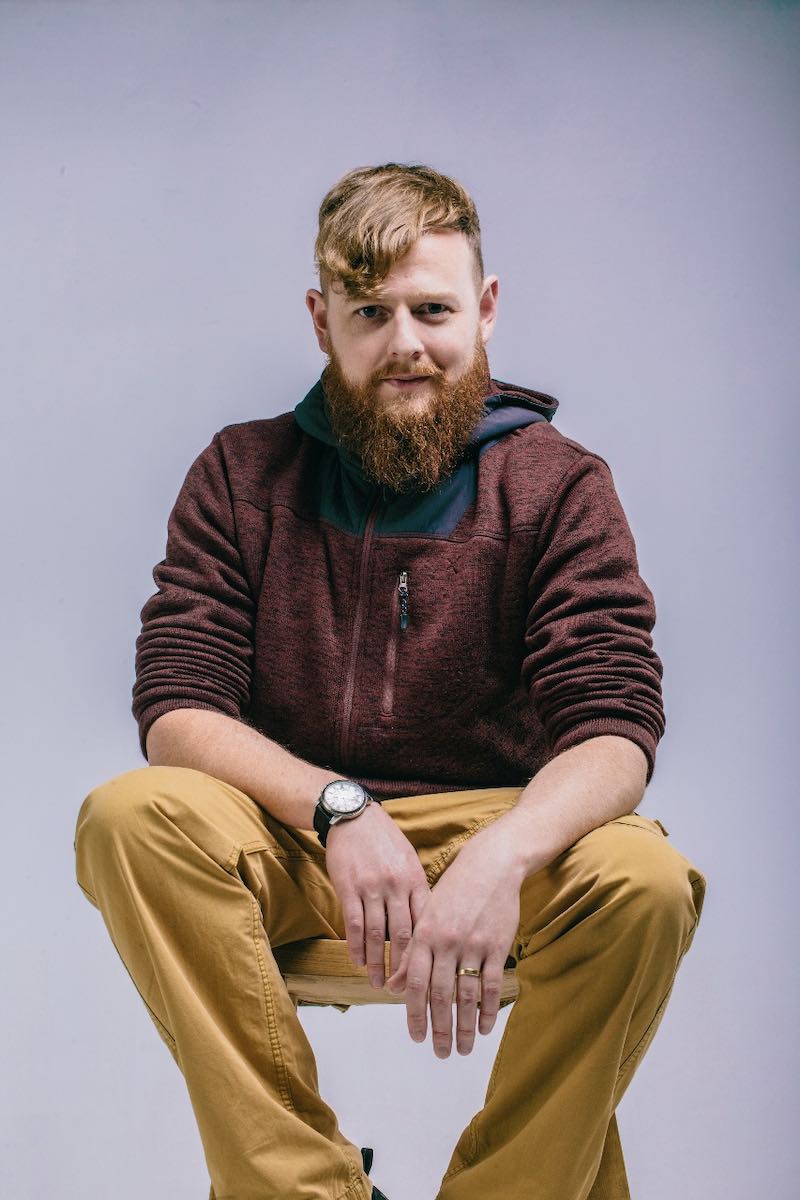 Let’s begin with a plot overview: What is Steel Frame about?

The story centers on a small group of jockeys, the pilots of corporate war-machines — each of them a prisoner, deserters and war-criminals, highly skilled but easily expendable. They’re brought to a place like nothing they’ve ever seen; a sea of storms, somewhere on the fringes of settled space. NorCol, their new employer, makes them an offer: wrestle the company’s competitors for whatever secrets might be hidden in this place, and they’ll see a reduction in sentence, maybe even freedom. And find something they do — perhaps what all this cloud and chaos was meant to hide.

At the start, Rook is given an old shell; a Juno, part of an abandoned experiment to see if machines could be made to think for themselves. Another prisoner, in a way, and something with scars just as deep as hers. Together, they have to fight to keep their minds, and each other.

Where did you get the original idea for Steel Frame and how did that idea evolve as you wrote this book?

There’s an adage about writing what you want to read, and that’s definitely the starting point. I read a short story called Apostle’s Creed by Graham McNeill, part of Dan Abnett’s Sabbat Worlds anthology, and soon after, United States Of Japan by Peter Tieryas; together, they hooked me on the idea of writing about a small, tight-knit group of fighter pilots (originally), which morphed into a mecha. I’m a pretty big fan of character-driven military SF (Dan Abnett’s Gaunt’s Ghosts series, and Marko Kloos’ Frontlines for example), especially their commentaries on loss and personal cost, and I wanted that to reflect in Steel Frame.

Mecha’s a pretty extravagant sub-genre, but I’m drawn to the greasy bleakness of settings like Ridley Scott’s extended Alien / Blade Runner universe, and Tieryas’ treatment of heavier themes against a (slightly) crazy backdrop. It meant there was some tension, trying to keep things drab and gritty while giant machines are beating the snot out of each other.

It sounds like Steel Frame is a science fiction story. Is that how you see it, or are there other genres that describe this story better or are at work in this novel as well?

Definitely sci-fi, with a heavy military influence. Broadly, you could say there were thriller elements as well — I worked to obscure information, slowly building reveals through the course of the book.

It’s not the first thing I’ve written, but it is my first published work.

Cool. Are there are writers, or specific stories, that were a big influence on Steel Frame but not on anything else you’ve written or your writing style as a whole?

I’ve got a fairly clear idea of Steel Frame’s heritage; I read a lot of Warhammer 40k novels when I was younger, and I really wanted to capture some of that scale, the kinetics of it all.

There are a few things that are a little more oblique, though. Yoon Ha Lee’s Ninefox Gambit, for instance, helped me understand that I was looking for a pretty weird approach to technology, and Jeff VanderMeer’s Annihilation the same for environments in a story. They taught me a lot about explanation in a story — specifically, the lack of it, and how that can feed atmosphere and plot.

Absolutely. I owe a lot to anime, in particular. I encountered Evangelion pretty young, and while I didn’t understand it (and mostly still don’t), it had a pretty huge influence. More recently, Last Exile and Knights of Sidonia gave a lot of their aesthetic and feel.

Obviously, I was never going to escape mentioning Pacific Rim, which was a pretty huge moment for me. And I’ve mentioned the extended Alien universe already — the companies in Steel Frame have a lot in common Weyland-Yutani and the Tyrell Corporation.

On the gaming side, Freelancer and Ground Control had enduring effects on me, and then there’s treatment of humanity and artificial intelligence in the Deus Ex series, Nier, and Horizon Zero Dawn, without which, the book probably would’ve looked quite different.

And lastly for the influence questions, your bio says you work as an archaeologist and anthropologist. Did your job, and the studies it took to get it, have any influence on Steel Frame?

It’s tricky to say. Archaeology’s pretty object-orientated — you’re working with the physical traces of what people did in the past — so that’s probably the clearest influence to me. Mecha offers an opportunity for objects to be characters, and I played to that as much as I could.

It was also pretty important for me to communicate time-depth and a sense of age in the story as well; I’m a sucker for that surreal, tugging-at-your-stomach feeling of deep, deep time, particularly in something made by people.

It was originally intended to be self-contained, part of something similar to Iain M. Bank’s Culture series; one of several (mostly) disconnected stories against a common background. Steel Frame has a pretty definite ending — there’s no cliff-hanger or wait-and-see, Rook’s story concludes. In practice, I’m finding that Steel Frame has quite a lot to give, so there’s at least one more on the way, though there’s nothing set in stone as yet.

Earlier I asked if Steel Frame had been influenced by any movies, TV shows, or video games. But has there been any interest in making a Steel Frame movie, show, or game?

It would probably benefit from the scale that a movie could provide, but there’s some pretty dramatic stuff being done for TV as well, so I’m not sure.

Mecha games are tricky, but if a Steel Frame game could land somewhere near the scale and feel of Titanfall 2, I’d be pretty damn happy.

If Steel Frame was to be adapted into a movie, who would you like them to cast as Rook and the other main characters?

Casting Rook for a movie would be hard — I made a project of leaving her completely without description, so I honestly don’t know what she looks like (other than the fact that she “has hair,” the brief that my cover artist, Gemma Sheldrake got).

Hail, Salt, and Lear are a few of the other jockeys you meet. Emily Blunt’s Angel Of Verdun / Rita Vrataski blew me away in Edge Of Tomorrow, so she’d be what I’d hope for for Hail. For Salt, Djimon Hounsou [Guardians Of The Galaxy]. He’s got an amazing presence, and Salt’s pretty important to me as a character — I’d want a show of strength to match that. For Lear, a greasy, grinning Nicholas Hoult, playing a bastard’s take on Nux from Fury Road.

And you kind of answered this already, but if it was a game…?

Definitely something first-person. I set out to make Steel Frame deafening — the less space there is between you and the cockpit saddle, the better. As for the developer — maybe Respawn [Apex Legends], Rebellion [Sniper Elite 4], or at a stretch, Bioware [Anthem]. 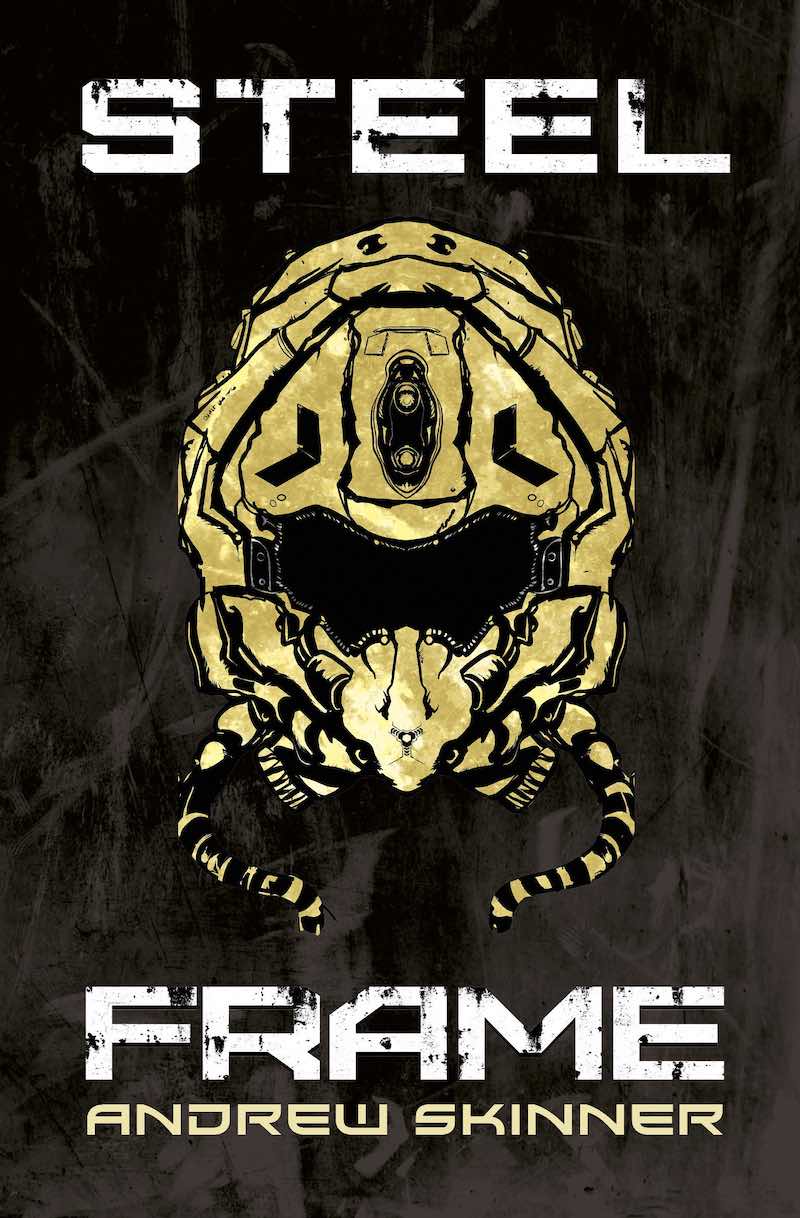 Finally, if someone enjoys Steel Frame, what mech-related sci-fi novel of someone else’s would you suggest they read next and why that?

Peter Tieryas has a pretty good thing going, if mecha’s your interest. United States Of Japan and Mecha Samurai Empire, and the upcoming Cyber Shogun Revolution sounds like it’s going to pretty awesome as well. Nate Crowley’s upcoming novella Severed plays to some of the same beats as Steel Frame does, exploring loyalty and loss under hellish conditions, so check that out as well.