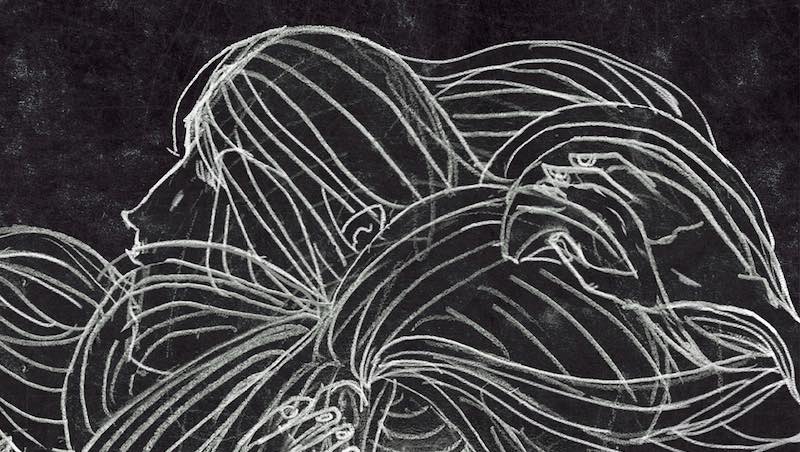 In the following email interview, writer Brian Evenson talks about the short stories he’s included in his latest collection, Song For The Unraveling Of The World (paperback, Kindle), as well as what went into assembling this book itself. 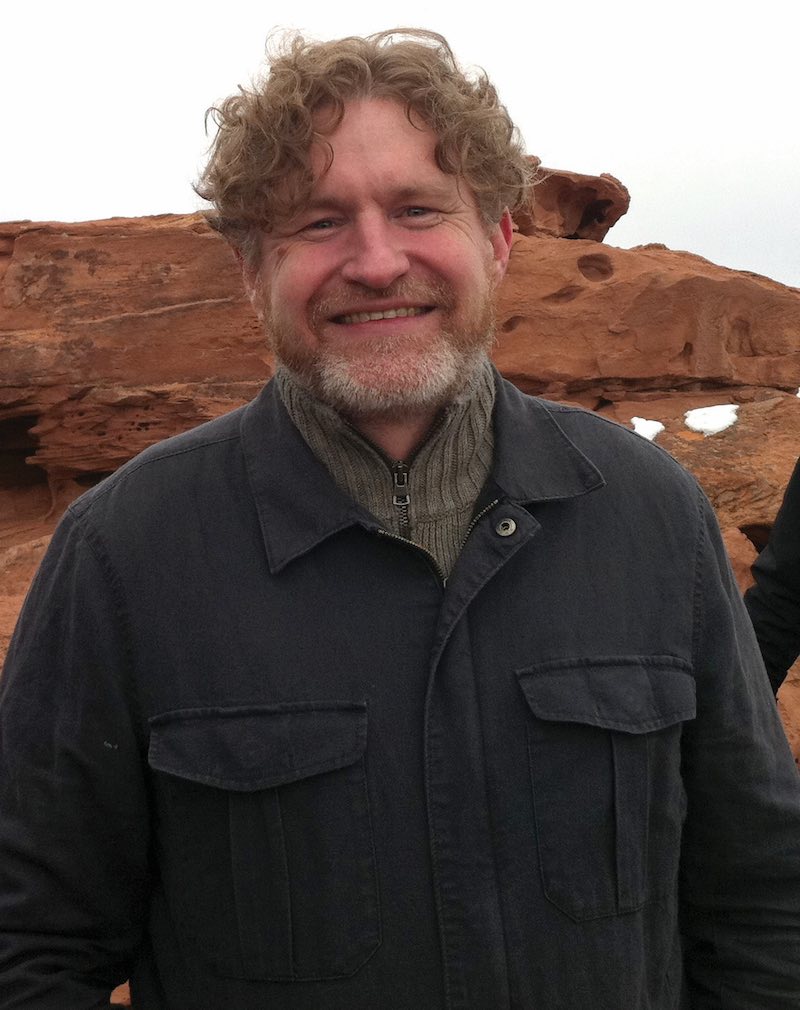 First off, is there a theme to Song For The Unraveling Of The World?

When I’m putting together a collection I tend to just be writing separate stories and then suddenly realize that certain stories are returning to similar ideas or themes. After that, I tend to write a few stories that start to complete the mosaic, add a few, drop a few, until I feel like I have stories that are thematically similar that they talk to one another. This book doesn’t have a theme exactly, but it has some thematic groups that overlap and interact. So, some of the stories are about loss, some are about the slipperiness of reality, some are about relationships among siblings, some are about non-human things masquerading as humans, and some are about film. And there are a number of stories that have several of those components. So, I think you get a sense of a complex relationship between different sorts of stories coming together as you read through them, and I think what holds the stories together as much as anything is their mood and the way in which they play around with genre and literature.

Similarly, does Song For The Unraveling Of The World have a framing device like what Ray Bradbury employed in The Illustrated Man?

No, no framing device. There’s a very short initial story called “No Matter Which Way We Turned” that I see as a kind of invocation. You can read that online here. I think it gives a sense of some of the ideas that come up in the collection and also conveys a certain mood. But I like the idea of the stories talking to one another yet remaining separate stories: I think a framing device makes it feel too much like a novel. So, this is a book of stories that A) you can read in any order and enjoy but B) that if you read them in the order I’ve presented them you’ll find more satisfying (I hope).

What else was a factor in deciding what stories to include, and not include, in Song For The Unraveling Of The World?

What genres do these stories fall into? And did you leave any stories out because they didn’t fit the rest, genre-wise?

I see them as having one foot in literature and one foot in genres of various kinds. So there’s a crime story, some creepy horror-esque pieces, some science fiction, but all of it with a literary edge. There were two pieces that were more in a realistic vein that I originally had in the collection and that I left out because both myself and my editor decided they didn’t belong.

Are there any stories in Song For The Unraveling Of The World that were strongly influenced by another writer or a specific story?

“The Tower” is drawing on Antoine Volodine’s work. He’s an incredibly original French writer whose work I really love. “Kindred Spirit” is a response to Sarina Nihei’s short film “Rabbit’s Blood” [which you can watch online here] though except for the first thirty second and the last two second of the film it’s not all that connected. I guess it started as a way to think about that film as if it had been written as a story by Gene Wolfe, since it’s kind of a response to Wolfe’s novella The Fifth Head Of Cerberus as well. Those are the stories that come most readily to mind as having been influenced by something else.

What about non-literary influences, such as movies, TV shows, or video games; did any of them have a big impact on any of the stories in Song For The Unraveling Of The World? Aside from Sarina Nihei’s short film, of course.

Rex Marshall’s band Mattress, and how he performs, was important for the story “The Glistening World.” “Line Of Sight,” “Lather Of Flies,” and “Room Tone” all wouldn’t have been written if I hadn’t had some involvement with Hollywood and filmmaking. I’ve had a few novels and stories optioned, but I’ve also done some writing and pitching for both TV and film since I’ve come out here. I have a writing partner I work with who I find really capable.  I did write a script for a production company based on one of my stories (though who knows if it’ll ever get made).  And I’m the story consultant on another project, not based on my work, currently in process.

The stories in Song For The Unraveling Of The World are all on the short side of the spectrum. “No Matter Which Way We Turned,” which you mentioned earlier, is only 2 pages long, and most are ten pages or less. What is it about that length that you like so much?

I like seeing how much can be accomplished in a short space. I like that at that length every word matters. For me “No Matter Which Way We Turned” is kind of ideal because it gets a lot accomplished in those two pages. But if there’s a story that needs space to develop, like the title story, or like “Lord Of The Vats” I don’t have a problem giving it to them. I kind of feel like each story tells you how long it needs to be if you’re an attentive enough writer. It is true, though, that aesthetically I want my stories to be denser, more like poetry than like a novel.

They’re pretty much the same. Sometimes I changed a word or two or a line or two, sometimes because of things going on in other stories, but I’d say they’re about 98% the same as what they were.

I asked earlier if any of the stories in Song For The Unraveling Of The World were influenced by any movies, TV shows, or video games. But has there been any interest in adapting any of these stories into a movie, show, or game?

The book is out recently enough that that hasn’t come up yet. I’ve had some interest in some of my other work, and had some short films made, and have sold rights to several of the novels, but no high visibility films as of yet…

If one of the stories in Song For The Unraveling Of The World was to be adapted into a movie or TV show, who would you like them to cast as the main character?

I always tend to be surprised by what an actor I wouldn’t expect can bring to a project, and I’m much more curious about that than about controlling the project…

What about if it was made into a game?

I’d love to have something made into a tabletop game, even though it’d probably be the kind of game in which players could only end up dead or mad, basically, like Call Of Cthulhu. 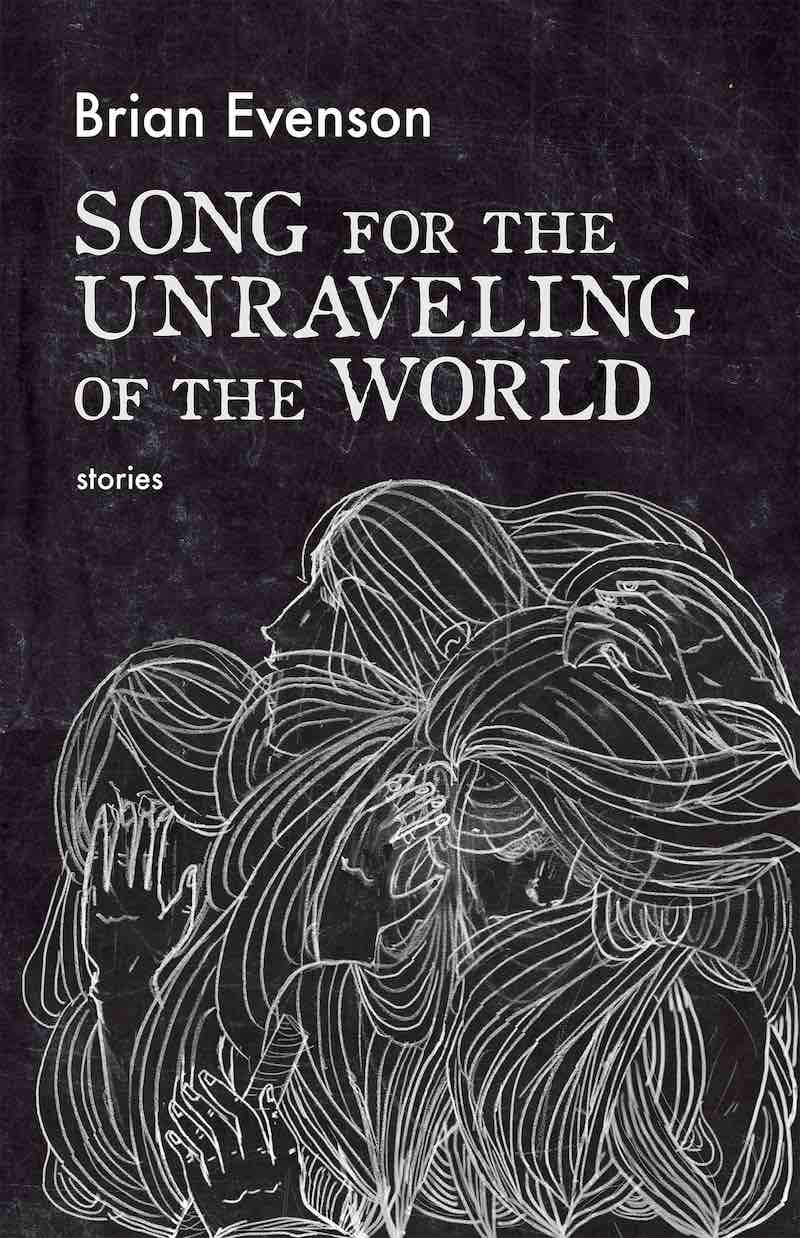 Lastly, I find that short story collections are a great way to get to know a writer. Do you think the stories in Song For The Unraveling Of The World are a good representation of your style?

Yes, I think it’s a good representation of my work. I think either this book or the previous book of stories, A Collapse of Horses, is a good entry into the kind of work I do: literary fiction with a foot in genre.

And if someone enjoys Song For The Unraveling Of The World, which of your novels would you suggest they read next?

I think that if you read the collection and want to read a novel I’d suggest either Immobility (if you’re more interested in the genre elements of my work) or The Open Curtain (if you’re more interested in the darker but semi-realistic elements). Probably the novel of mine that’s most widely read and liked is The Open Curtain. It’s different in that it starts realistic and stays that way for a while, but then gets quite strange…