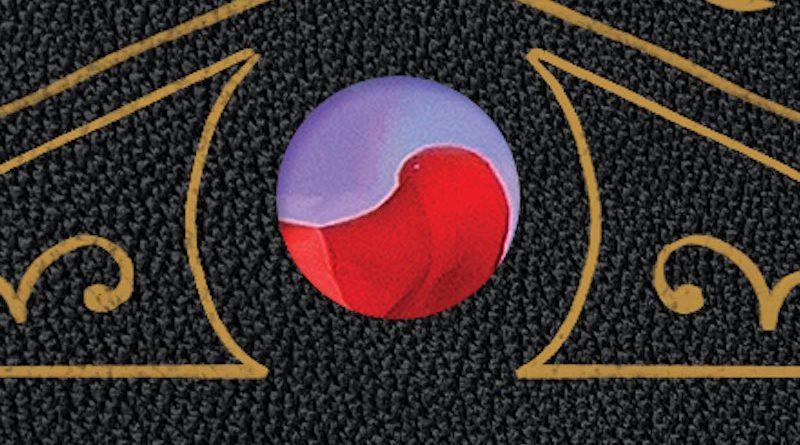 For more than twenty years the website Lilja’s Library has been covering the career of writer Stephen King. In honor of this, site master Hans-Ake Lilja put together Shining In The Dark, a collection of horror short stories by writers who both influenced and were influenced by King, as well as one tale by the man himself that’s never been in one of his collections. With Shining In The Dark getting a spiffy new edition in paperback and digital, I spoke to Lilja via email about how this collection came together, what’s different about this new version, and if he’s planning on doing this again anytime soon. 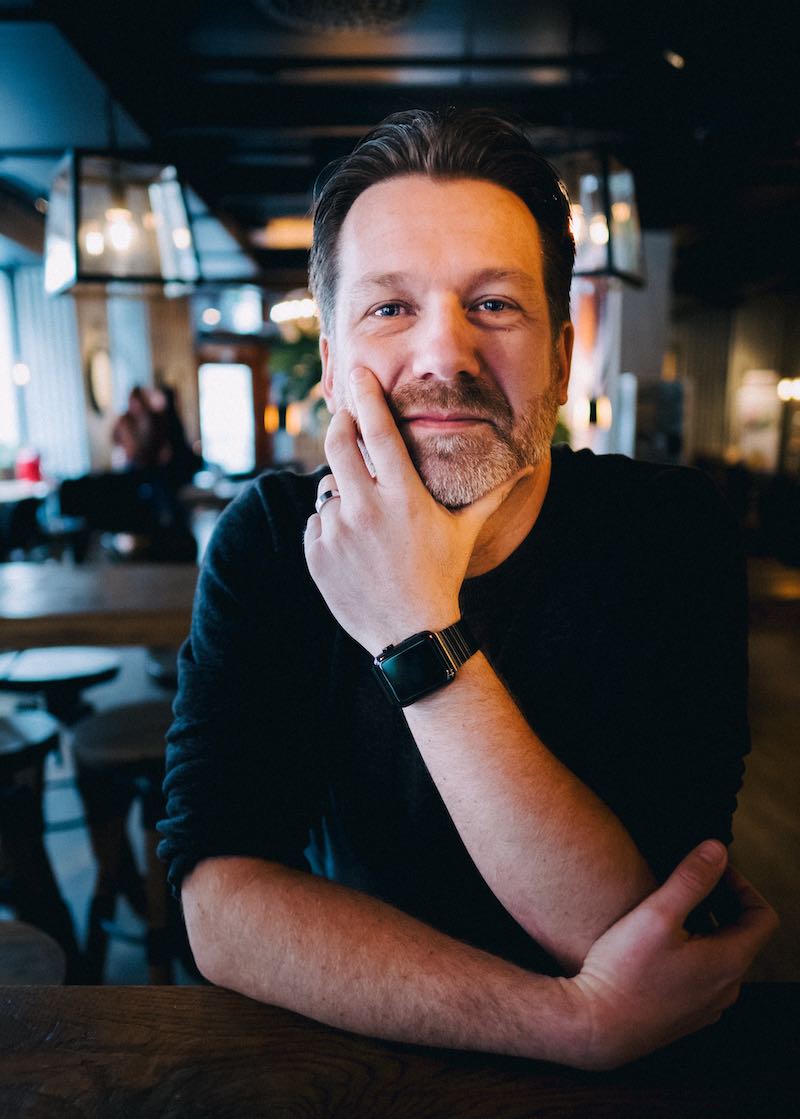 For people who don’t know Lilja’s Library, what is it and what makes it different from other websites about Stephen King?

It’s a site that I have been running since 1996, and it deals with most things that have to do with Stephen King. What makes it different from other sites is that I update it very often, and it’s been around for quite some time, so there is a huge archive of news. I also try to avoid personal stuff about King since it’s his work that we are interested in, not if he had bacon for breakfast. One thing that I would like to mention is that I have very loyal readers who help me find info about King all the time. That makes the site very up to date.

And then what is Shining In The Dark?

Shining In The Dark is an anthology I did to celebrate the site’s 20th anniversary. I wanted to collect stories that in some way had a connection to Stephen King, starting with “The Blue Air Compressor” by King himself. The story has only been published in small magazines back in 1971 and 1981, but not in his own collections, and I’m very happy to be able to bring this old story to his fans.

Shining In The Dark was originally only supposed to be released in a small edition in the US but has now been released in no less than 8 different countries (US, Bulgaria, Czech Republic, Sweden, UK, Serbia, Italy and Germany) and a couple more to come. It’s been released as an audio book in the US and UK and now the US paperback edition from Gallery Books is being released.

Given that this book is in honor of a website about Stephen King, why isn’t Shining In The Dark a collection of your favorite Stephen King stories?

I didn’t want to do a “best of” book. King’s stories are already out there and I wanted to give the readers stories that had a connection to King and I wanted to give them new stories. Not all stories in the collection are brand new but some are. Brian Keene and John Ajvide Lindqvist wrote stories directly for this book and that I’m very proud of.

So then when you approached such writers as Keen and Lindqvist to contribute to Shining In The Dark, did you ask them to write or submit stories they felt were Stephen King-like or influenced by King, or did you let them do whatever they wanted since you knew Stephen King’s influence was already strong with them?

I let them do what they wanted. Some suggested stories already written and some wrote new stories. Either way I didn’t want them to copy King, I wanted them to write their own story and I was sure we’d see the King influence in them.

And how often did someone say, “What about a story in which Stephen King is the main character”?

Actually, no one did.

I didn’t ask King. Since King had written “The Old Dude’s Ticker.” which is inspired by “The Tell-Tale Heart.” I thought it was a good story to include. 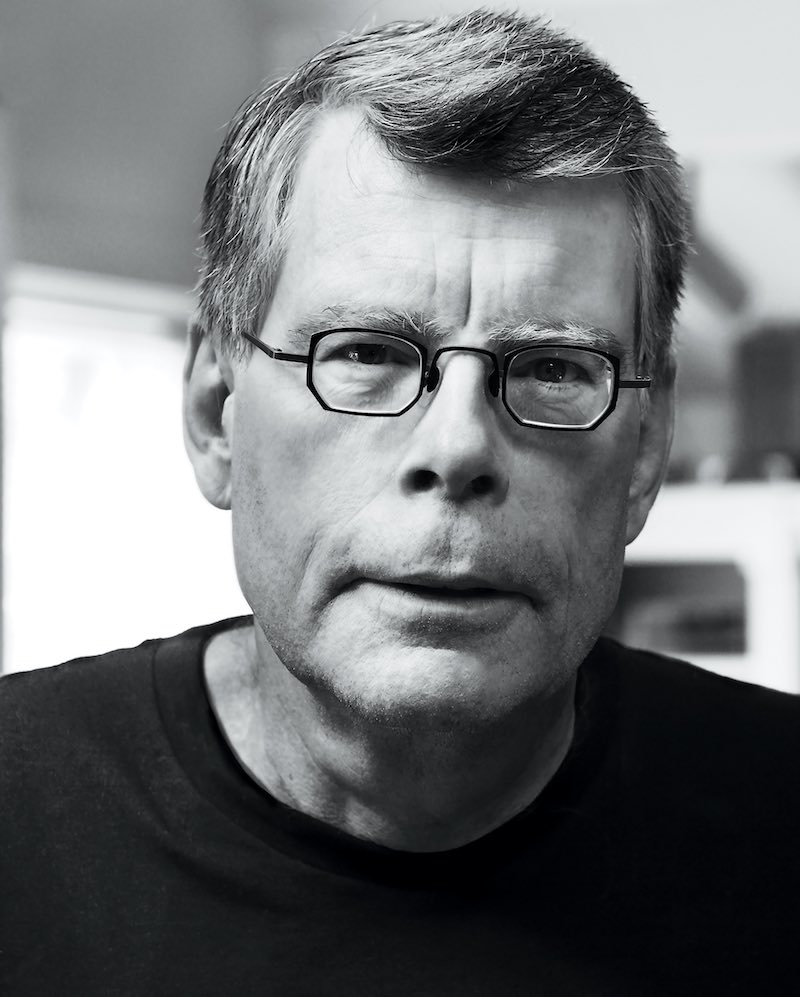 Now, the stories in Shining In The Dark all fall under the banner of “horror.” But what subgenres of horror or other genres of fiction are at work in this collection as well?

You have “The Novel Of The Holocaust” by Stewart O’Nan that isn’t monster horror but a realistic horror that really gets you thinking. You got “Pidgin And Theresa” by Clive Barker that has a lot of dark humor in it. You got “The Net” by Jack Ketchum & P.D. Cacek that is realistic horror. It was something I tried very hard to get a big variety of stories that where all scary but in a very different way.

I asked and King said yes. I think this is a very interesting story. It shows us a young King and it’s also the only time he has brought down the fourth wall and addressed the audience. I think that makes it a very good choice for this book.

Did getting a previously uncollected story by Stephen King prompt any of the other contributors to join in or to submit a new story as opposed to something they already had done?

I think it helped to have a story by King included when I asked the others to join me but I’m not sure it had an impact on if they submitted a new or old story. I think time was the biggest thing here. If they had the time to write a new story or not.

Now, the version of Shining In The Dark that we are talking about is the new paperback edition from Gallery Books. The original was a hardcover edition put out by Cemetery Dance last April. How, if at all, is this new edition different from the original?

The only difference is my introduction. I expanded it for this paperback edition because I wanted to talk a bit about what had happened to the book since its first release. I never in my wildest dreams thought it would spread so much as it has and I felt it was fun to reflect on that.

So having made Shining In The Dark, are you thinking you might put together a sequel or some other short story anthology, or are you thinking more that this was a huge pain in the butt and you’d rather spend your time playing Borderlands 3?

I would love to do another anthology but I don’t just want to put together a book for the sake of it. I want it to have a theme or a reason for its existence. Like how Shining In The Dark was a way to celebrate the site’s 20th anniversary. But I would also like to do other books about King. Not sure exactly what yet though… 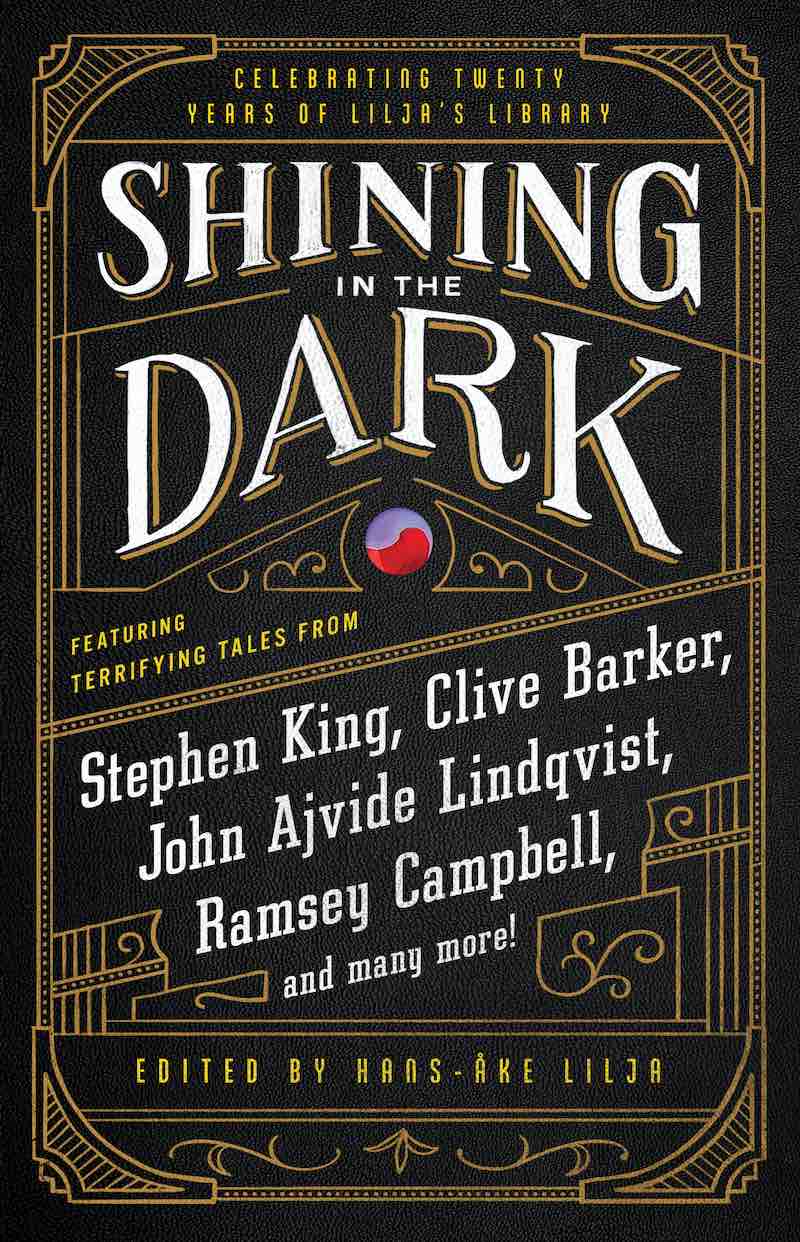 Finally, if someone enjoys Shining In The Dark, which Stephen King short story collection would you suggest they read next and why that one?

I would suggest Different Seasons. It’s a collection with just four stories, but they are all very good. 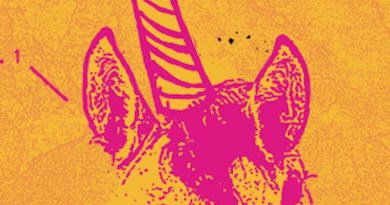