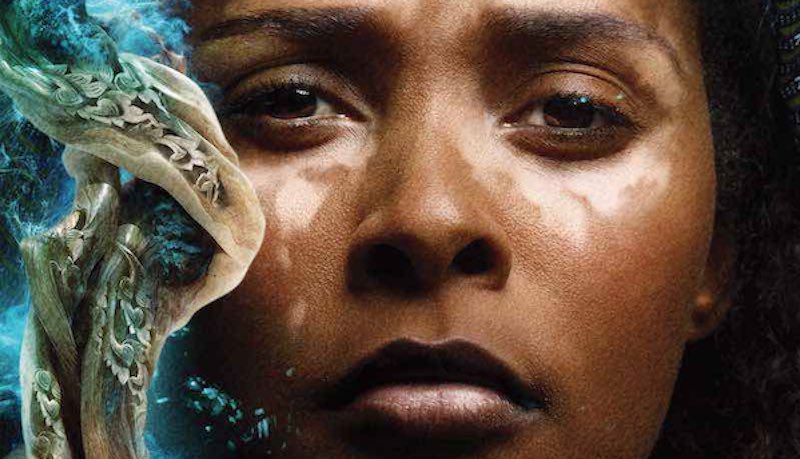 Some fantasy tales are stand-alone stories; others are part of larger sagas. But while Micah Yongo’s new noir- / grimdark-ish fantasy novel Pale Kings (paperback, Kindle) is the sequel to last year’s Lost Gods, in the following email interview about the former — in which he discusses what inspired it, what influenced it, and other things you might want to know about it — he explains that while this new book is the second, it need not be the second one you read. 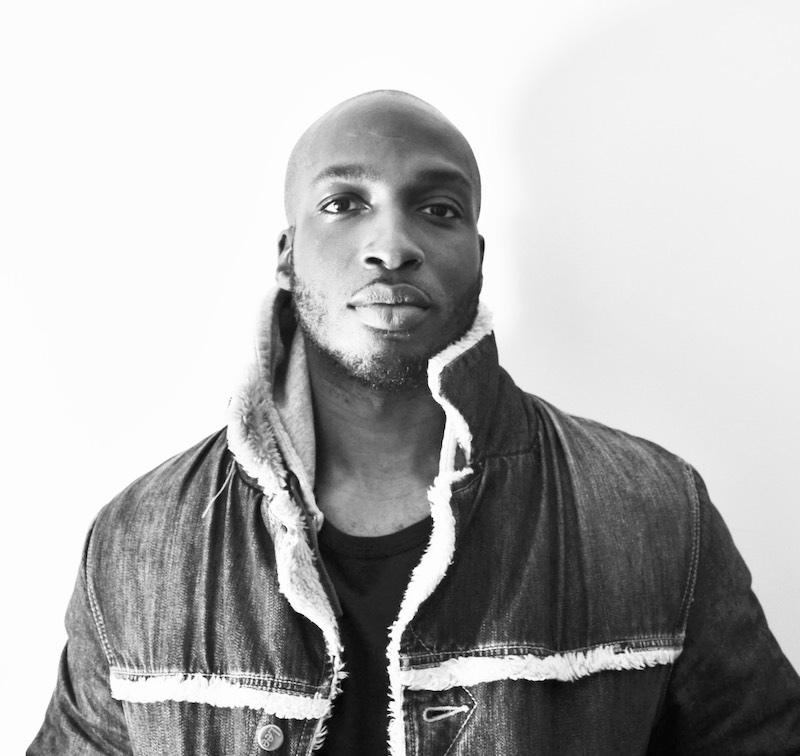 Let’s start with the basics: What is Pale Kings about, and how does it connect, both narratively and chronologically, to your previous book, Lost Gods?

So I guess Pale Kings pretty much picks up where Lost Gods left off. You’ve got Neythan and the adopted siblings he was trained and raised with: this group of teenaged assassins, seeking to uncover a sprawling geopolitical / supernatural conspiracy — Blood. Betrayal. Gods. Ancient laws. Hidden histories, etc. — it’s all in there. But in Pale Kings I think it’s fair to say the story becomes more expansive: the world’s mythologies and the supernatural entities characterized in them are much more part of the narrative in this second book. You could say in Pale Kings the gloves are off, so to speak.

When in relation to writing Lost Gods did you get the idea for Pale Kings, and how, if at all, did that idea evolve as you wrote this second novel?

Man, that’s a good question… “The tale grew in the telling,” I think is the way one notable and very talented author once put it. And I’d have to say it’s pretty much the way it happened for me too. As you write, you’re reading, researching, learning stuff…things begin to emerge in your imagination that just feel sort of…well…true. So for me, it never quite feels like I’m the guy creating the story, more like I’m slowly witnessing it as it comes to light, like how they’d develop photographs in dark rooms back in the day — the image that’s already there, already captured, just slowly emerges and becomes clear. And so I think for me it was kind of like that. A lot of the ideas I was going to explore in Pale Kings started to become apparent through the process of writing Lost Gods. And then, when I started on Pale Kings, the ideas just became more defined as I began to discover more about the characters and the world and the events that would shape each. I think, for me, writing is often more about discovery than anything else.

Pale Kings, like Lost Gods, has been called an epic fantasy thriller. Is that how you’d describe it?

Yeah, you know I think I’d go ahead with that description. I mean, the story takes place in a big and deep world. It’s fantastical. The stakes are world-shaping. And I reckon there’s a momentum to the plot and the characters that warrants the “thriller” epithet too. So “epic fantasy thriller” is probably about right.

That said, I do think there is a certain grimdarkesqueness to the story (if that’s even a word), and a noirish spy thriller feel to parts of it too, and of course a definite influence from one or two ancient African and Mesopotamian texts thrown in for good measure.

So are there any writers or specific stories that had a big influence on Pale Kings but not on Lost Gods?

You know, I’m not sure there were. Although I do feel the writing experience for Pale Kings was very different than for Lost Gods. There was a different intentionality perhaps. Without getting too deep about it I’d say I felt a lot bolder about expressing my voice in Pale Kings — the themes I wanted to explore, the prose I wanted to explore them with. I maybe felt freer to share the world in the way I wanted, and write in the way I wanted, if that makes sense.

How about such non-literary influences as movies, TV shows, or video games; did any of them have a big impact on Pale Kings?

Sicario. The sparseness and boldness of the cinematography in that film just seemed to convey an atmosphere that stayed with me for a fair while after watching it. There was something very Cormac McCarthy about it somehow. Although I wouldn’t say it was a conscious or intentional thing, I do think a part of me was drawn to recreating that sense of scale and starkness in my writing. Something about it just seemed to resonate for parts of the world Pale Kings takes place in.

Probably one of the most disturbing and entertaining films I saw as an adolescent was Taylor Hackford’s The Devil’s Advocate. Well, I say Taylor Hackford’s, he was the director, and the film, it has to be said, was gorgeously shot, but what really made it special was the script from Jonathan Lemkin and Tony Gilroy. I’d just always loved the way that film played with big ideas, particularly in the dialogues between the pivotal characters, and how it wasn’t afraid to tie metaphysical themes into the fabric of the plot. So yeah, I think part of feeling freer to write Pale Kings in the way I wanted to was in borrowing some of that Lemkin and Gilroy-inspired chutzpah to imbue the story with the layers and ideas I wanted in there. 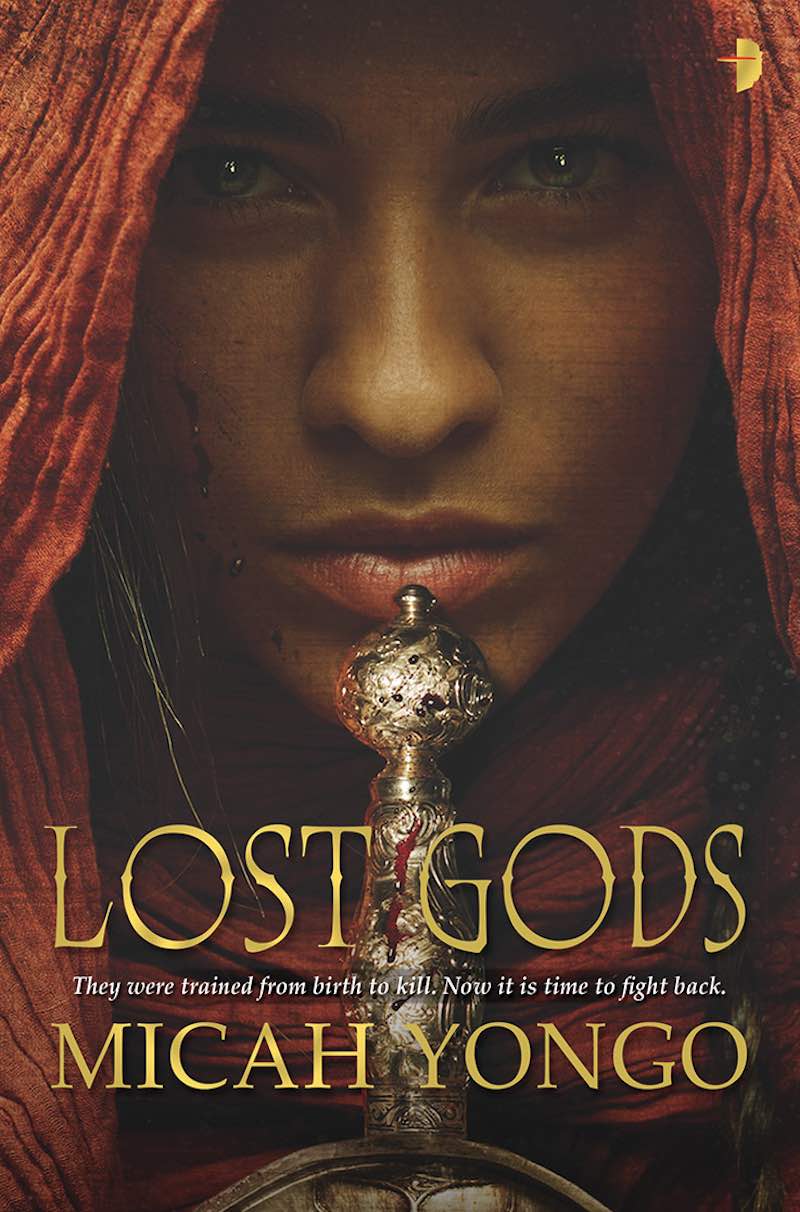 While Pale Kings is the sequel to Lost Gods, both are actually stand-alone stories. Why did you decide to write them as self-contained novels as opposed to making them an ongoing series or part of something like a duology or trilogy?

Accessibility, more than anything. Although the stories are not self-contained in a 100% watertight way, they can be read and enjoyed out of order. I wanted for readers to be able to have the opportunity and flexibility to do that, to be able to read and enjoy Pale Kings, then decide they want further backstory and pick up Lost Gods, or to just go at them in the conventional order.

So are you thinking you’ll write more novels in this series?

I think there’ll be at least one more in this series. There are things about the arcs of some of the main characters that are yet to be revealed, and elements of the world that are yet to be explored. So yeah, I think I’d like to return to the series at some point to conclude a few things.

As you know, some people like to binge books the way they binge Stranger Things and bags of Oreos. Do you think this would be a good idea for these books, or is there some story-based reason why you think people should take a break between them?

I think the binging probably works best for these books, because of the depth of the world more than anything. With both books following multiple POVs, reading them together, in whatever order one chooses, will probably allow a person to get a bit more out of them. They’re stories in which even seemingly insignificant details evolve into grander plot points. And although I think a person can enjoy the books whether those subtler threads are picked up on or not, I like to think they add a little something extra to the reading experience. They’re books, I think, that reward repeat readings. Pale Kings especially.

Earlier we talked about the movies, TV shows, and video games that influenced Pale Kings. Has there been any interest in making movie, show, or game out of Pale Kings, and, by extension, Lost Gods?

Not as yet, though the funny thing is almost everyone who’s read the books and talks to me about them tells me they can imagine them being adapted into that sort of format. Either they’re being very generous and nice — which is possible, as 99% of fantasy readers in my experience are exactly that — or there’s something about the books that people feel lends them to a visual medium. I honestly don’t know. Whichever one it is, the frequency with which people say “this should be a movie” or “this should be on Netflix” etc. is both surprising and gratifying. But as for me, if I was to choose, I’d probably say a TV series of some sort would be a cool way for the story to be shared.

If Lost Gods and Pale Kings was made into a TV show, who would you want them to cast as the main characters?

Ah man…I have tried to play this game in my head before but it’s so tough, and my answers would probably change on a monthly basis. I’ve always been able to imagine a young Zuleikha Robinson [Rome] playing Arianna, and perhaps the late great Maya Angelou as Filani. And maybe Mena Massoud from the recent Aladdin movie would make a good Joram. But other than that, I never feel like I know enough about the current crop of young actors to put their faces to the main protagonists in Lost Gods / Pale Kings in a way that fits. 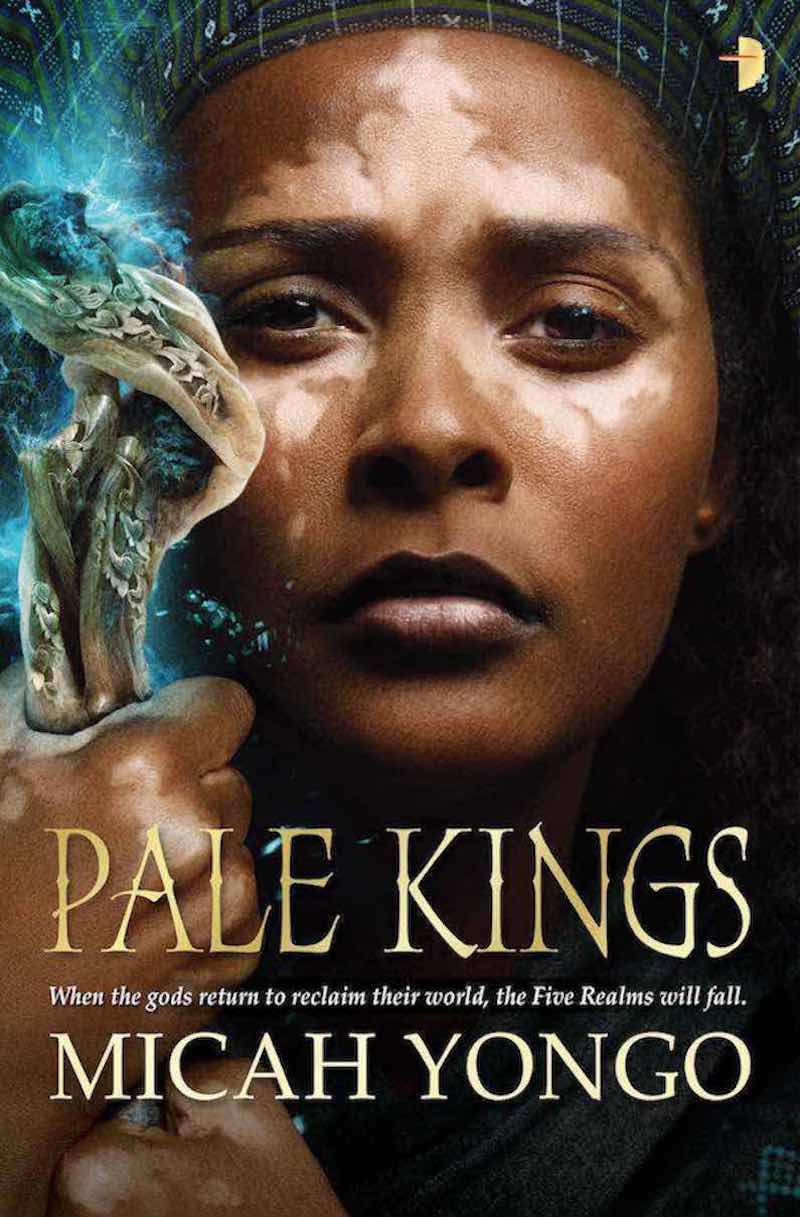 Finally, if someone enjoys Pale Kings, and they’ve already read Lost Gods, what epic fantasy thriller of someone else’s would you suggest they read next?

I would probably say N.K. Jemisin’s Broken Earth trilogy for no reason other than I think it is a work of pure genius.

But in terms of what I think might sparkle the tastes of someone who has enjoyed Lost Gods and Pale Kings in particular? Probably anything by Nnedi Okorafor, who is amazing, or Octavia Butler’s Wildseed or Xenogenesis series, the latter of which is more sci-fi I guess, but the themes of identity and discovery that permeate Lost Gods and Pale Kings are very much present in her books. And I think I’d also have to add Tim Powers’ The Anubis Gates, which is a fantastic read.