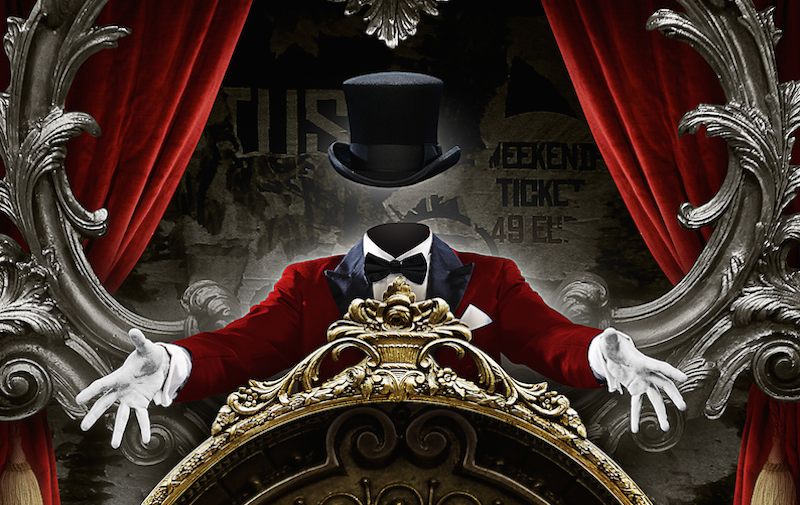 Written in the fourteenth century, Dante’s Inferno is one of the most influential works of literature, inspiring everything from Geoffrey Chaucer’s The House Of Fame and Neil Gaiman’s The Sandman to the Daffy Duck cartoon “Book Revue” and, of course, the 2010 action game Dante’s Inferno. Now it’s the inspiration for The Ninth Circle, the debut novel from veteran comic book scribe, TV and movie writer, and book editor Brendan Deneen. But in talking to Deneen, he revealed that Dante wasn’t the only influence on his book. 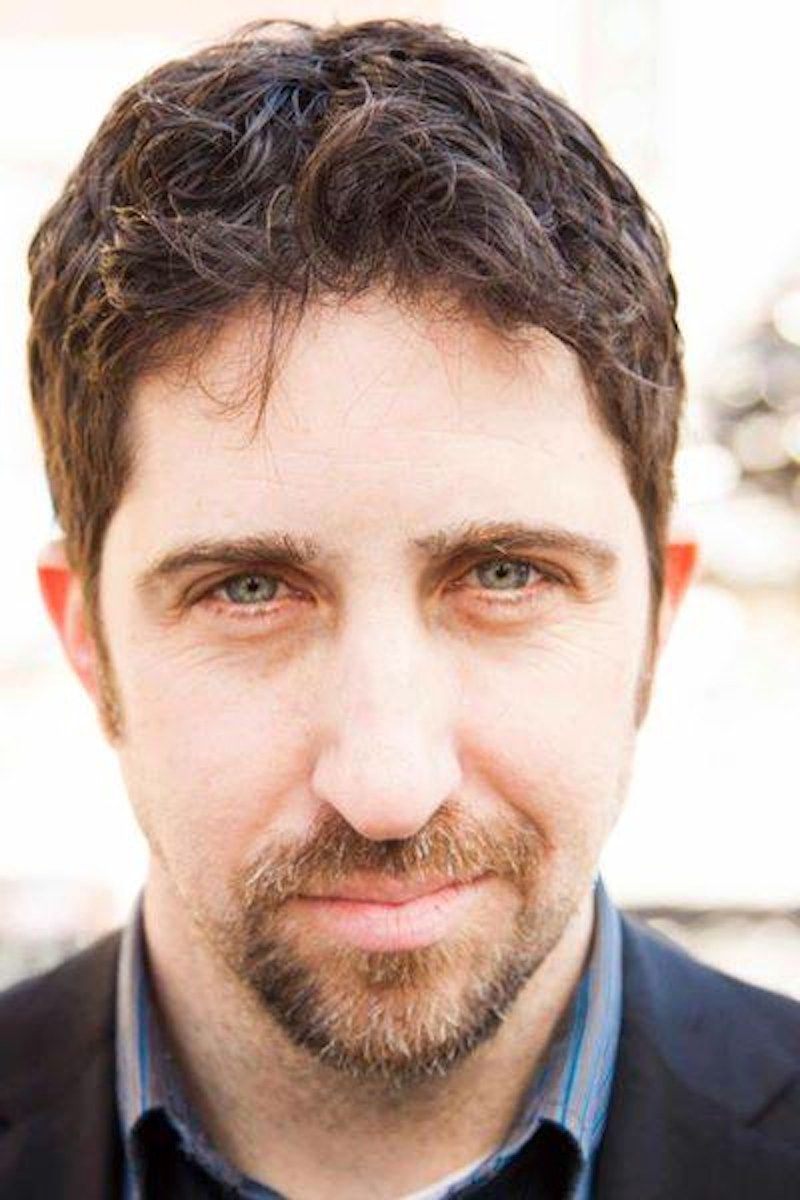 I find it best to start with the basics: What is The Ninth Circle about and where did you get the idea for it?

The Ninth Circle is my debut novel, but it also happens to be the center of Hell in Dante’s Inferno. Way back in 1995, when I was trying to decide what to write next, I was thinking about doing something based on Inferno. I also had an interest in telling a story about a kid who runs away to the circus. I think it was my girlfriend at the time, who’s now my wife, who suggested I combine the two ideas.

Smart lady. In the novel, Dan is a sixteen-year-old who runs away from home and joins a circus. In writing the book, why did you end up making him sixteen as opposed to younger? And why did you go with a boy as your main character, as opposed to a girl?

I think in my original draft, Dan was only 12 years old. I thought it would be better to have him older, a little bit more aware, especially because it’s first person and present tense.

And I think it was always going to be a boy protagonist because Dan stands in for Dante. I don’t think I ever considered having it be a girl main character.

Similarly, why did you decide to make it a circus as opposed to the Ice Capades or a troupe of BMX stunt performers?

I think a lot of people are fascinated by circuses. They represent an older aspect of America. In fact, there are no cell phones in my novel, no modern technology whatsoever. I tried to make it a bit timeless.

In deciding how you would depict the circus and circus life, did you base it on any other works of fiction, or did you go to a circus and ask them how they treat kids who run away from home to join them?

No, I did a little research way back in the day — I had to, you know, actually go to the library and look things up in books — and I think I went to the circus once, which I found almost unbearable, those poor animals. My book is about a circus but it’s not really about a circus at all.

As you said, the book is based on Dante’s Inferno. Why did you want to write a book based on it?

I had read it and thought it was a great basis for a story…an examination of sin, and the idea of traveling deeper and deeper into the nature of sin. It was incredibly intriguing to me. And still is.

So does someone need to have read Dante’s Inferno to follow your novel, or is it more like if you have read it, you’ll get more out of your book?

Someone who has never read Inferno can read my book and still enjoy it. All of the references are pretty subtle. However, yes, if you know Inferno, you will see a lot of references. Almost everything that happens and all of the characters closely mirror the events of the epic poem.

What other books and novelists do you consider to be an influence on this book and the way you wrote it? The same materials that mentioned Dante’s Inferno also cite Erin Morgenstern’s The Night Circus and Geek Love by Katherine Dunne.

The main influence is definitely Geek Love. It’s one of my all time favorite books and has had a lasting impression on me. I would also say the early films of Tim Burton were largely influential on this book as well.

Prior to writing this novel, you wrote a bunch of comic books, including Scatterbrain and Flash Gordon. Aside from the general format, is writing a novel very different from writing a comic?

It’s a very different kind of writing. Writing comics is more like writing for TV or film. It’s all very visual and the artist does half — or actually a lot more than half — of the work. When writing a novel, it’s all on you. You’re creating the whole world. It’s much harder but ultimately more fulfilling. Though I do love writing comics.

In your day job, you’re an editor at Macmillan Entertainment, most notably on The Walking Dead novels that were co-written by Robert Kirkman, who was also a comic book writer. I’ve also worked as an editor, albeit for magazines and websites, and I’ve always thought that being an editor made me a better writer. Was it the same for you?

Yes, that’s absolutely true. I have been reading books and scripts professionally for over fifteen years. I have learned a ton about what to do and what not to do, how not to overwrite. It’s really helped my writing in a big way.

As someone who has been an editor, and was now on the other end as the writer, did you get a lot more involved in deciding what the book’s cover would look like, and what the blurbs would be on the front and back, than author’s usually do?

Yes, absolutely. The first draft of the cover had a couple other elements on it and I asked them to be taken off, and the image that was left over was simple and totally compelling. I love that cover. And I never really understood the importance of blurbs until I became an editor.

You also — and this is making me feel very lazy, by the way — have some movies and TV shows in the works. Has there already been talk of turning The Ninth Circle into a movie?

You know, I wish I could say that my novel is a no-brainer for a movie or TV show but it’s really not. It was a passion project and I never thought about it as anything other than a book. It’s episodic, so it wouldn’t make a good movie, but it’s kind of epic and contained, so it wouldn’t make the best show. I think it lives perfectly fine as “just” a book.

If someone disagreed and decided to make it into a movie, who would you like to direct it?

Tim Burton. On a tiny budget. He needs to stop doing big movies. 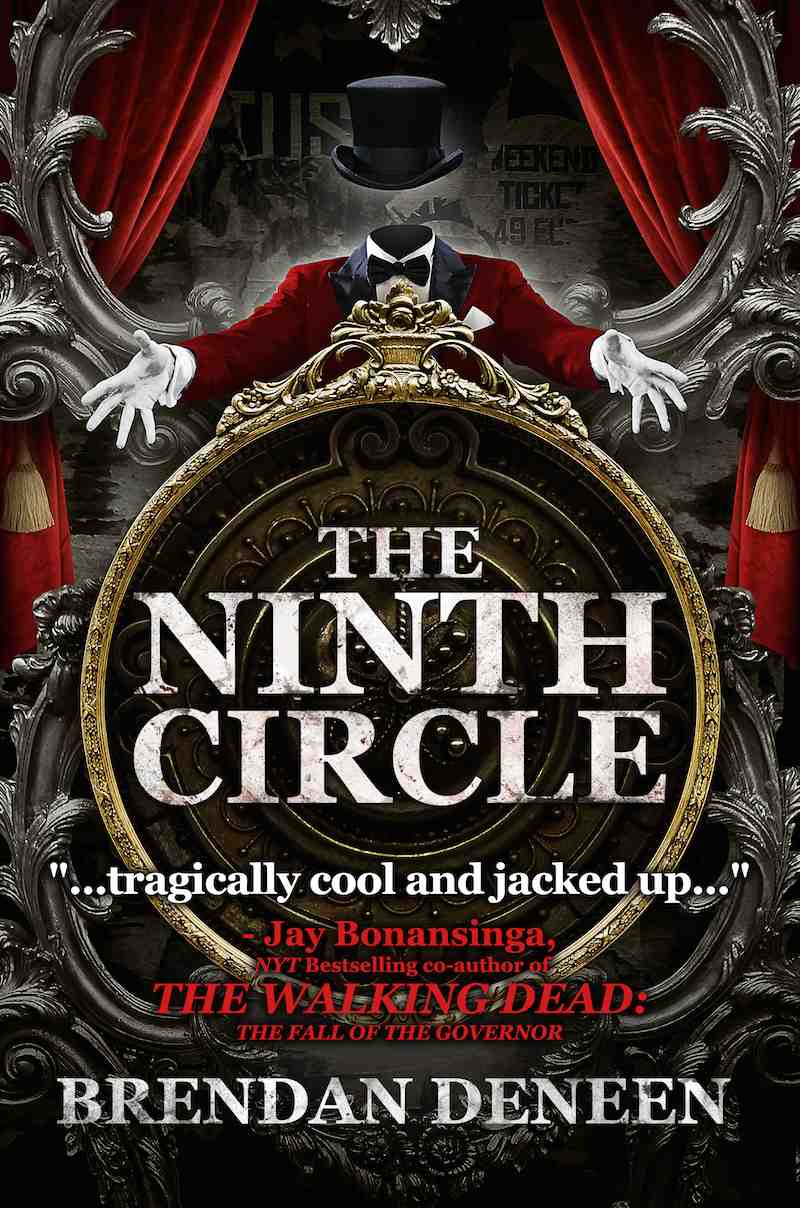 Finally, I was hoping to avoid this, but I can’t. Aside from the Scatterbrain comics and The Walking Dead novels, you also wrote a Casper The Friendly Ghost comic and edited a Clarissa Explains It All novel. So I have to ask: Is there anything Casper– or Clarissa-esque about Ninth Circle?

I co-plotted the Casper comic book mini-series and I loved that book. I don’t think it got the support it needed from the rights holders and we had some artist problems, unfortunately. But I think there is a coming-of-age element to that book that is not dissimilar to what’s going on in The Ninth Circle.

As for Clarissa, there’s no real connection. I used to represent Mitchell Kriegman, who created the TV show, and I’m publishing a few books of his in the coming years, including the Clarissa sequel. 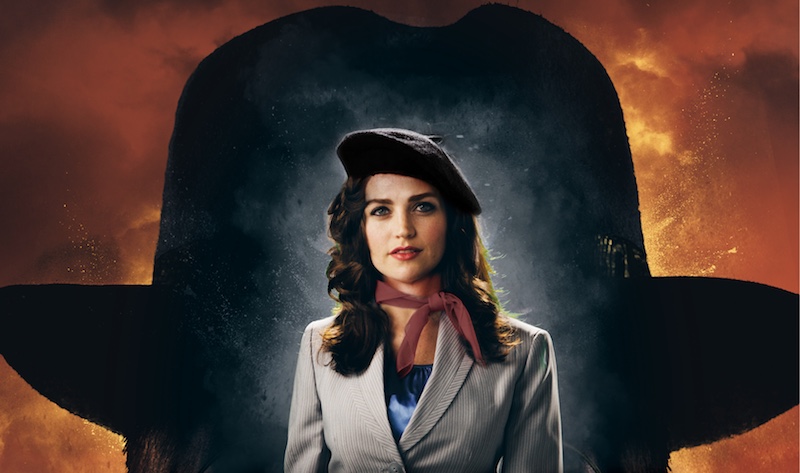 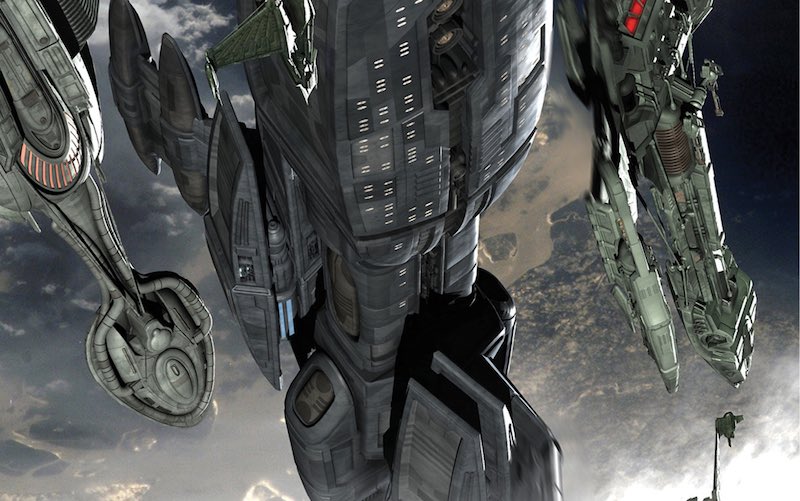 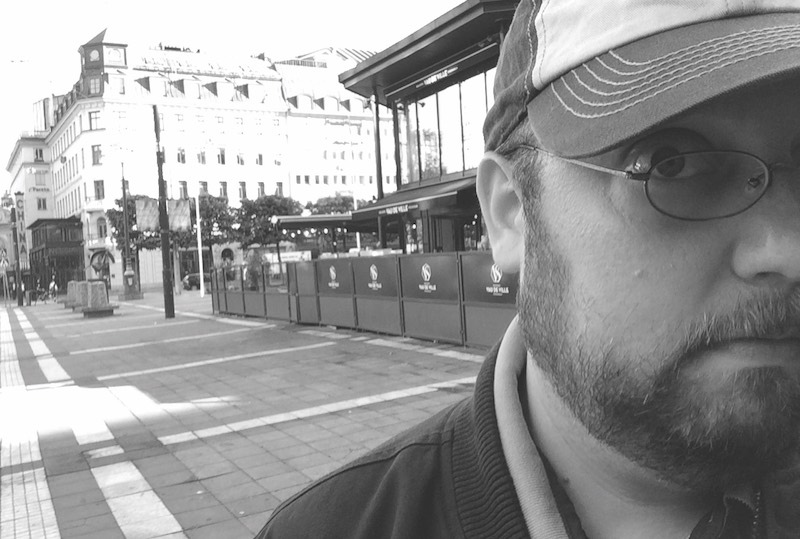