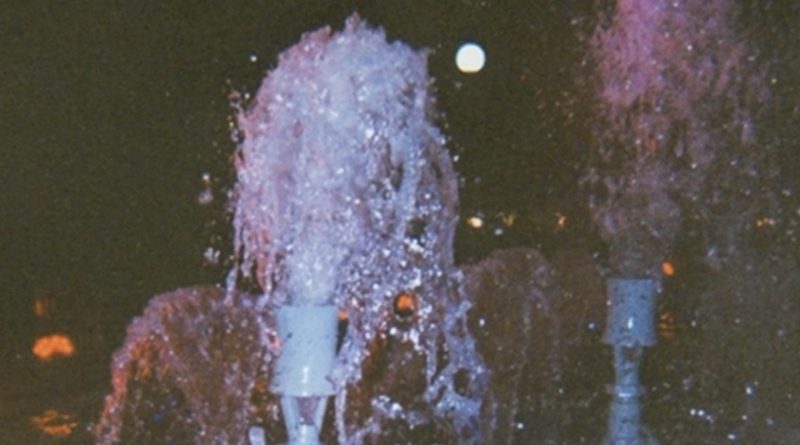 Some poets over-think things. They look for a theme where none exists, or decide to center a collection of their work around a theme whether it needs it or not. But poet Carlos Lara has no need for your…themes. In the following email interview about his new collection, Like Bismuth When I Enter (paperback), he explains why this book has no intentional theme…and why that was intentional. 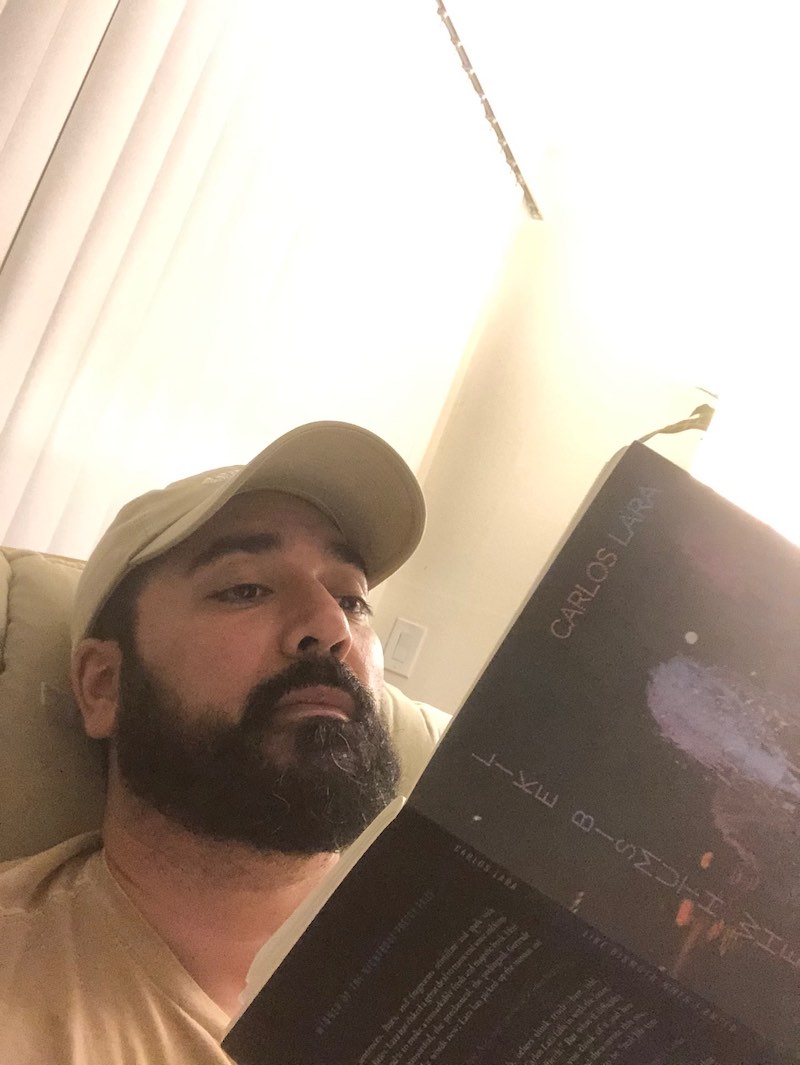 To start, is there a theme to the poems in Like Bismuth When I Enter?

So then how did you decide what poems to include in this collection?

Well, they were all part of the same transformation. It feels almost evolutionary. I mean, they naturally belong together. The way animals are echoes of both history and each other, I suppose. These poems are at least of the same family. But “theme” is not how I would describe it. “Theme” to me is without consequence. Every word and combination of words and evocation therefrom is essentially “of value” in a way that to call it “theme” is purely reductive. “Theme” is garbage. “Theme” is the Western tendency (and luxury) to hierarchize after observation. I come from people who react necessarily and instinctually. This doesn’t align. But if you had to choose a theme, I guess it would be “pure creation” or “true freedom” or “flavor town.”

Now, unless I’m mistaken, a lot of the poems in Like Bismuth When I Enter are free verse. What is it that you like about free verse poetry or just feel is the best way to express what you want to, well, express in your poetry?

Form is not a concern in my work. I recognize form, but, at the same time, I disregard it. Form is only the vessel. And where the vessel begins or ends is anyone’s guess.

What about non-literary influences; were any of the poems in Like Bismuth When I Enter influenced by music or visual art or maybe a movie…?

The paintings of Felix Labisse and Philip Guston. The music of Themselves, Drake, Steely Dan, Shlohmo, Frank Zappa, Rahsaan Roland Kirk, The Residents, Public Image Ltd., Wolf Eyes, among many others. The first season of True Detective and televised Mexican soccer. Twin Peaks. Breaking Bad. Bad reality TV. This artist who was doing infinity mirrors before Kusama; I forget her name. And mostly no-name people, people talking in cafes and bars and on the street, etc.

Another thing that can be a big influence for poets is reading their poems aloud, either in front of other people or just to themselves. Is this something you do as well?

I do read my poems aloud to myself. Why? Because something has to be better than music. All of the poems were deeply influenced by being read aloud. “Aloud” is the final state of the poem. The poem is sound at essence, and it will always be sound. Breath. Ether. Cosmic wave. Whatever disappears and reappears and disappears again.

They are the same. I try to write from the pure spontaneity of my existence, and if I miss the mark then so be it. Only I would know if I missed it anyway, right? I’ll hit it eventually. Or not. Does anyone care? I understand the enduring infinity of the English, or of any, language. I don’t see connections in the act of writing, the way a normal writer of poetry, prose, or anything, sees momentary connections. The way a Pulitzer Prize-winner might see momentary, “cognizable” connections. To me, human adaptation to extreme unknowing is the beauty, is the one story. Existing as one in the confusion of mind and energy and world outside of world. So the lone element of imagination, untethered, reigns in my heart. I call this the resurrected plasma of a world unseeing.

In a similar vein, you previously published the poem “God Wave” in a chapbook of the same name. Did you change anything about that poem before including it in Like Bismuth When I Enter?

I didn’t make any changes; that poem is perfect. 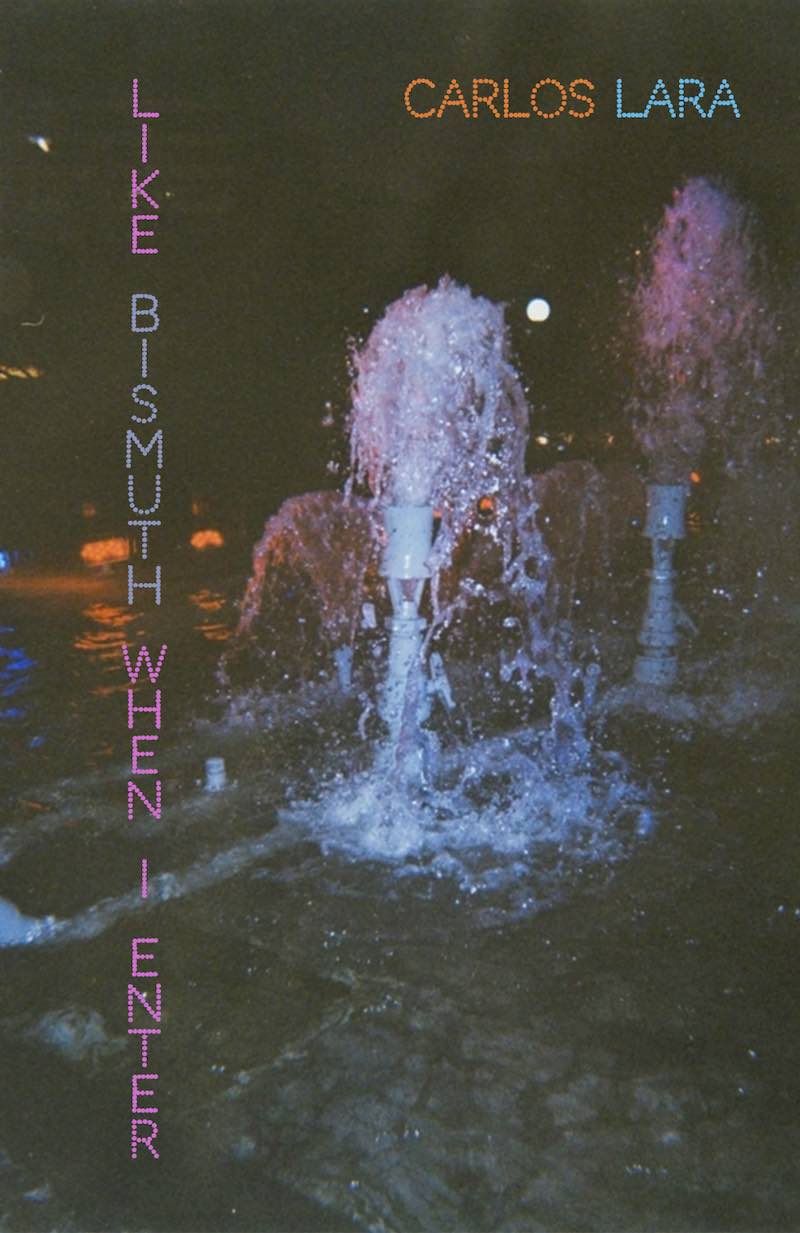 Finally, if someone enjoys Like Bismuth When I Enter, what poetry collection of someone else’s would you suggest they read next and why that one?

I would suggest that they read one of Michael Keenan’s two books, or both: Translations On Waking In An Italian Cemetery and For Night. Why? Because Keenan and I were once the same person. And by “read,” I actually mean “completely ignore.”

Perhaps I would also suggest checking out my collaboration with Will Alexander called The Audiographic As Data. I hardly have any memory of actually writing that book, and every time I pick it up it’s like re-entering a dream. So maybe someone else did write it. 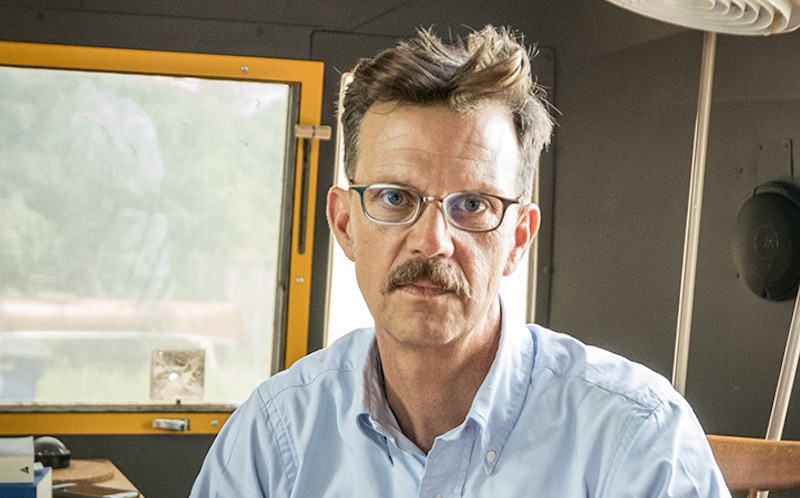 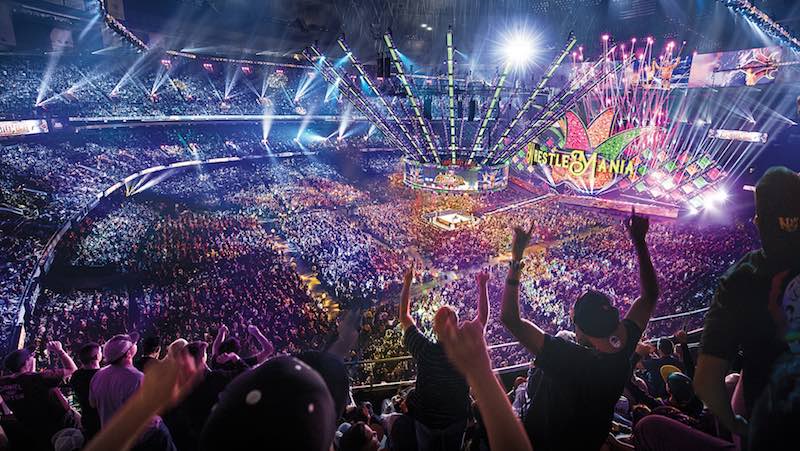 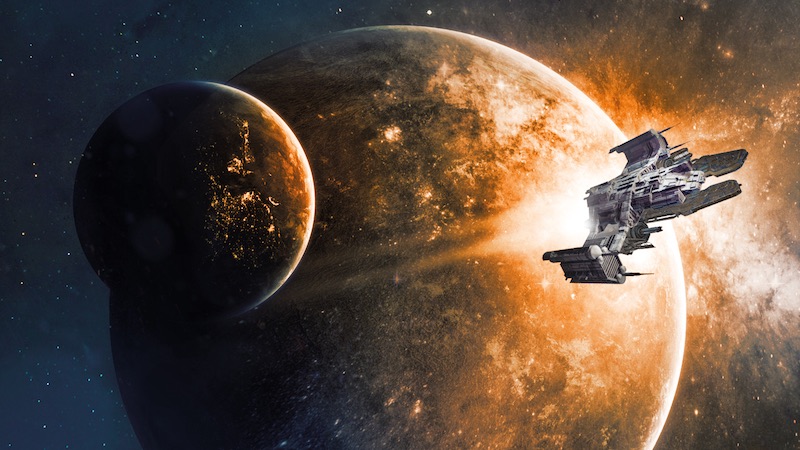