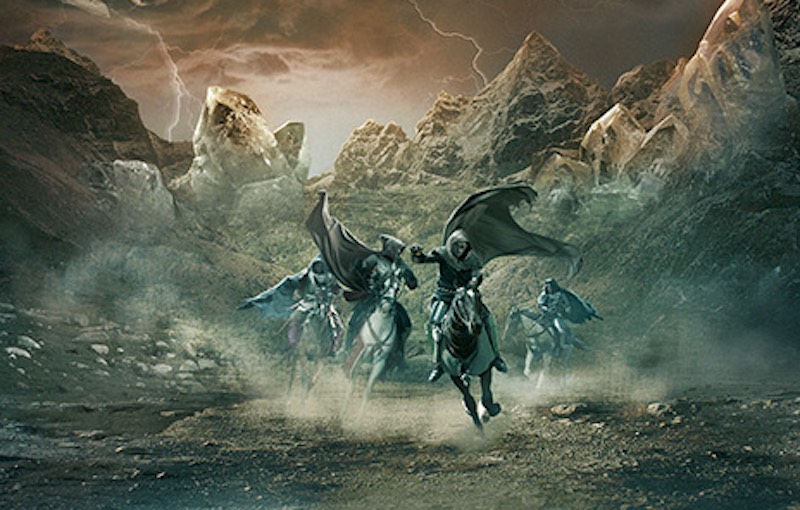 Yes, it’s a cliche, but sometimes it’s true that the more things change, the more they stay the same. Take the novels of writer James A Moore. Though he got his start writing such horror stories as Blood Red and Under The Overtree, he’s since expanded into the fantasy realm, first with his Seven Forges novels, and now with his new Tides Of War trilogy, which he just kicked off with his new novel The Last Sacrifice (paperback, digital). Though in talking to him about this dark fantasy novel, it’s clear he’s not just swapped one genre for another. 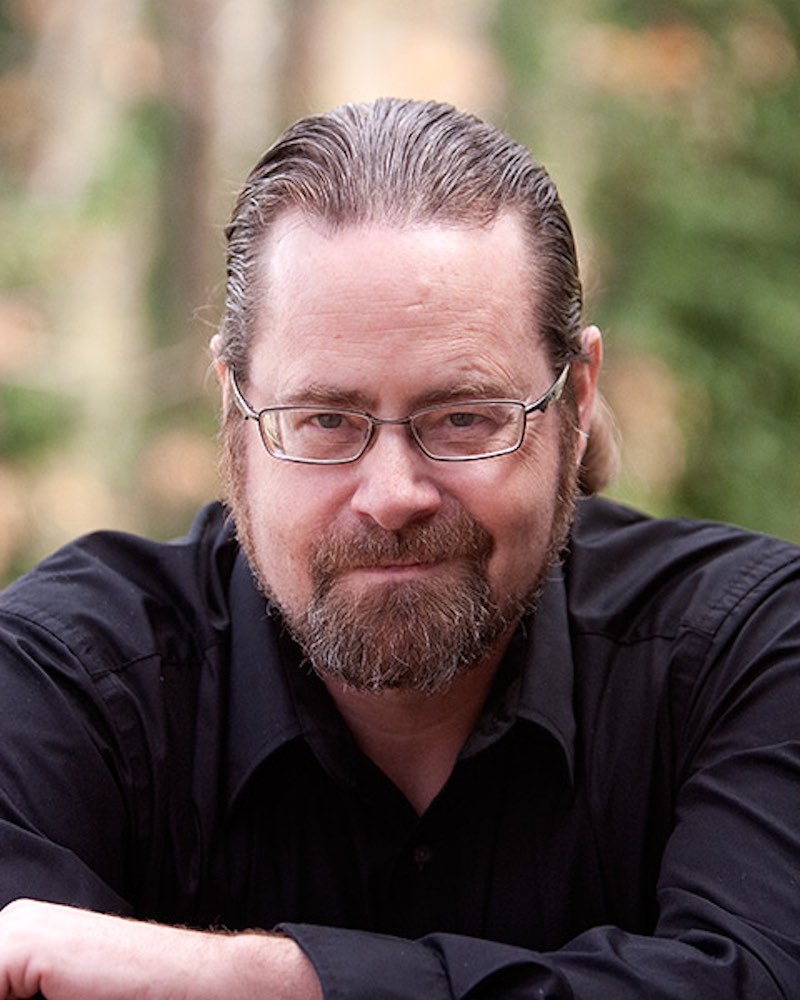 To start, what is The Last Sacrifice about?

Well, in a nutshell, it’s about a man who accidentally triggers Armageddon while trying to unscrew up the mess he’s made. The story starts with Brogan McTyre, a mercenary, coming home to find out that his family has been chosen as sacrifices to the gods. Whereas a lot of people accept that these things must happen, he decides to fight for his family and, in the process, triggers the end of the world.

I hate when that happens. So, what inspired is story?

I was watching the original King Kong one night, and got to the part where Fay Wray is taken as sacrifice to Kong. Kong is worshipped as a god. And when our heroes rescue our damsel in distress, Kong is angry, but that is all. And I thought about the dozen or so movies I saw over the years where the tribe of angry natives captured the damsel in distress — i.e., every Tarzan movie ever — and nothing happens. At first I just chuckled. Then I thought, “What if something did happen? What if the gods got really, really pissed off and decided to punish the people who took their sacrifice?  Or for that matter, the whole world?  The idea kept bouncing in the back of my head, which meant I had to explore it more deeply.

Thanks to a new law, fantasy novels are legally required to be influenced by J.R.R. Tolkien’s The Lord Of The Rings and George R.R. Martin’s Game Of Thrones. Is The Last Sacrifice compliant with this statute, and what other fantasy books, comics, games, and so on were an influence on it as well or instead?

Okay, I love Tolkien. That said, I’m likely never going to write a novel with elves, dwarves, or dragons. I’m trying to do new stuff. Flavor-wise, I’m going to have to say George R.R. Martin is likely a better comparison.

As for other influences? Karl Edward Wagner, Robert Aspirin’s Thieves World anthologies, Glen Cook, David Gemmel, Michael Moorcock, Fritz Leiber, and Robert E. Howard are all in there, too. Also, you can probably blame Stan Lee and Jack Kirby for a lot of my sins, as I am a long time comic fan and actually got my start with Marvel Comics.

Writer Christopher Golden [Snowblind, Ararat] describes you as, “the new prince of grimdark fantasy.” Do you think “grimdark” is an apt way of describing The Last Sacrifice?

Absolutely. Grimdark, arguably, is Sword & Sorcery. I don’t completely agree with that. A lot of the same mentalities are there, but several elements of high fantasy are also there. Mostly in the format. Long quests, several stages of conflict that are often missing from the earlier Sword & Sorcery stuff. But the thing is, it’s grim and its dark. I’m not known for happy endings in my stories, I’m known for the occasional survivor. My roots are very much in horror, but I have always had a love of fantasy as well. Mine just tends to be a little less about knights in shining armor and a little more about cutthroats.

Speaking of your horror roots, how, if at all, do you think The Last Sacrifice employs elements or influences of horror?

It’s inevitable. As I’ve said before, and likely will again, the best Sword & Sorcery has monsters. Conan might survive the things he’s put through, but he was up against monsters. Same with Fafhrd & The Grey Mouser and with Elric, for that matter. those guys fought some nasty stuff, and very little of it is the sort of thing that even looks a little like comic relief. They’re monsters with a capital M. There are heavy horror elements in most Sword & Sorcery, and I do my best to make the things I write about as unsettling as possible. There may not be many unicorns, but if they show up in my work, they’re out for blood.

Do you think people who like horror and don’t hate fantasy will enjoy The Last Sacrifice?

I certainly hope so. I like to add fear to what I’m writing. I think fear is a very healthy emotion when dealing with the unknown, and we’re dealing with a time before electric lights. When it’s dark, it’s very dark.

The Last Sacrifice is the first book in your new series, The Tides Of War. Obviously, I don’t want you to spoil anything, but I’m curious how much of this series do you have figured out?

The plan is to end this series with book three. I have all of the major points figured out. I know where the final conflicts will take place. I know roughly how much of the land will survive. I know which major players will be there at the end, and I’m sad to see a few of the characters go. And, yes, several major players will not see the end of the book. That said, as always, I can think of a dozen spin off stories. It’s how my mind works.

Why did you decide to make The Last Sacrifice the first book in a new series as opposed to the latest books in, say, your Seven Forges series?

I finished what I think of as the first arc in the Seven Forges world. I’m not nearly done there, but the first major story is told. There are other things planned, but I also like expanding my horizons and the ideas in The Last Sacrifice are different. They’re more personal, I think. There are plans for at least three more Seven Forges novels when I’m done with the Tides of War.

So, if The Last Sacrifice was going to be adapted, which do you think would work best and why: a movie, a TV show, or a video game?

TV show. Because there’s a lot going on. In a game, you’d have to go with an MMO, and in a movie, you’d have to cut a lot of the subplots. Also, I kind of dig the notion of a Game Of Thrones sort of series. I could have fun with that.

And who would you like to see cast to play the main characters?

Yeah, that’s not a challenging question at all.

Let’s see. Hailee Steinfeld [Pitch Perfect 2] as Tully. She doesn’t look the part at all, but I think she’d carry off the character beautifully. Adam Driver [Star Wars: The Force Awakens] would be great as Niall, because he is paradoxically good at being both a bad guy and a victim. Niall requires that. Ben Affleck [Batman V Superman: Dawn Of Justice] could do Brogan. He’s got the build and the anger management problems. Zoe Saldana [Star Trek Beyond] for Myridia. The right sort of dramatic range and I suspect she could wield a sword. Mike Colter [Jessica Jones] for Beron. He’s so good and looking angry and Beron is always angry. 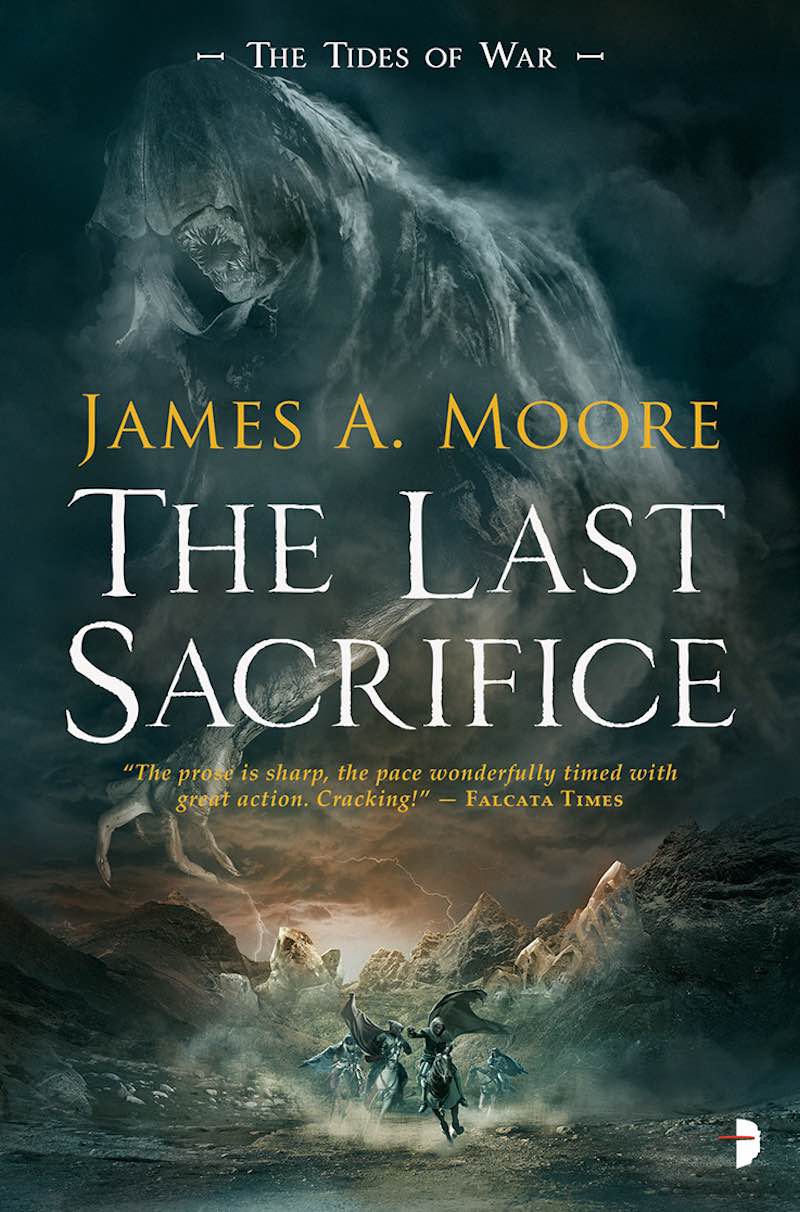 Finally, as we’ve mentioned, The Last Sacrifice is not your first book; you’ve written over forty novels. If someone really liked The Last Sacrifice, which of your other books would you suggest they read next and why?

Well, obviously, I’d like to see them finish the series, But since that’s not done yet, Seven Forges or Under The Overtree. I like big, meaty epics and both of those qualify. Lots of characters, lots of subplots and a great deal of carnage. I like some bloodshed on my pages. 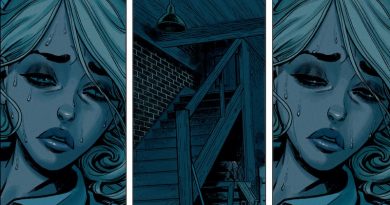 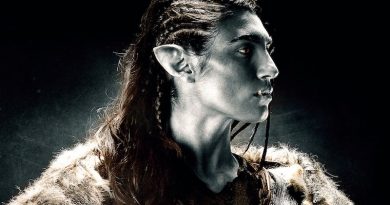 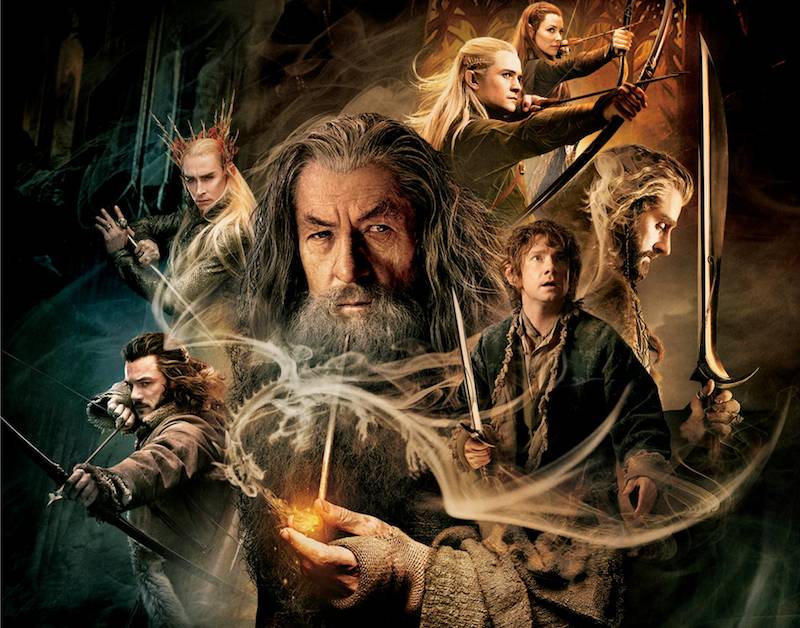 DVD/BLU-Ray NEWS: The Hobbit: The Desolation Of Smaug Announced