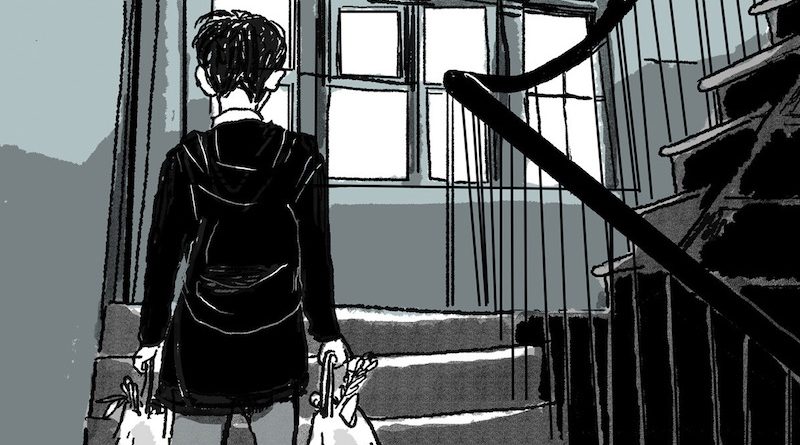 In her new graphic novel memoir Kimiko Does Cancer (paperback, Kindle), writer Kimiko Tobimatsu shows what happened when she found out she had breast cancer. But as she and artist Keet Geniza explain in the following email interview about it, this comic wound up being more collaborative than you might expect. 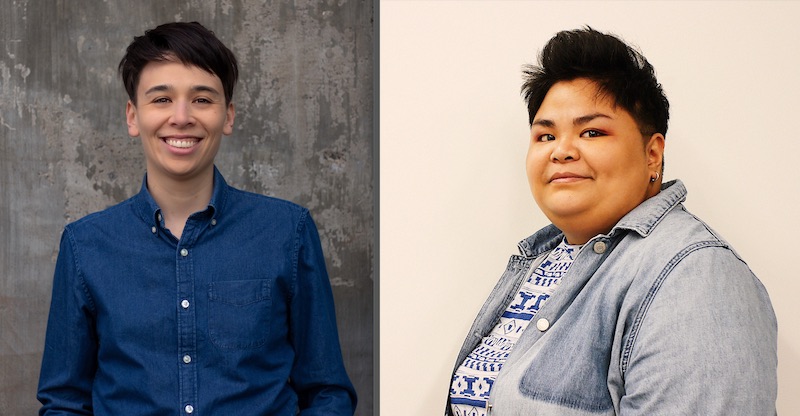 First off, Kimiko, how are you feeling these days? Or is that a spoiler?

Kimiko: Ha! Not a spoiler. I’m doing good, all things considered. No signs of the cancer but I’m still in induced menopause as a preventative treatment. That means fun things like hot flashes and insomnia.

Ah. Well, I hope you feel better. Now, your comic, Kimiko Does Cancer is a memoir of when, at age twenty-five, you were diagnosed as having breast cancer. What prompted you to write this memoir?

Kimiko: Maybe a common story, but I started out simply writing for myself. I was doodling about these bizarre experiences I was having. At the same time, I was trying to find books and essays from people who had gone through something similar and was coming up short. I realized that we needed more stories out there.

And what made you want to write it as a graphic novel and not a prose novel or some other way?

Kimiko: The idea of writing out my whole experience as prose was scary. Not really knowing much about comics, I thought they’d be a way I could hide a bit more. By the time I realized that writing the comic well meant no hiding, I was too committed to the project.

So did you look at any other graphic novel memoirs to see what to do, and what not to do?

Kimiko: Other than the odd Archie comic, I didn’t grow up reading comics. When I decided to use the medium for the book, I had a lot of learning to do. I started to read a bunch of graphic memoirs, but also 101 textbooks and other books in the broader field of graphic medicine. A lot of them influenced me, whether pushing me towards or away from certain styles.

A couple that stand out are Dumb by Georgia Webber and Fun Home by Alison Bechdel. I learned a lot about the visual craft, but also the art of storytelling — particularly non-traditional storytelling — through those books. 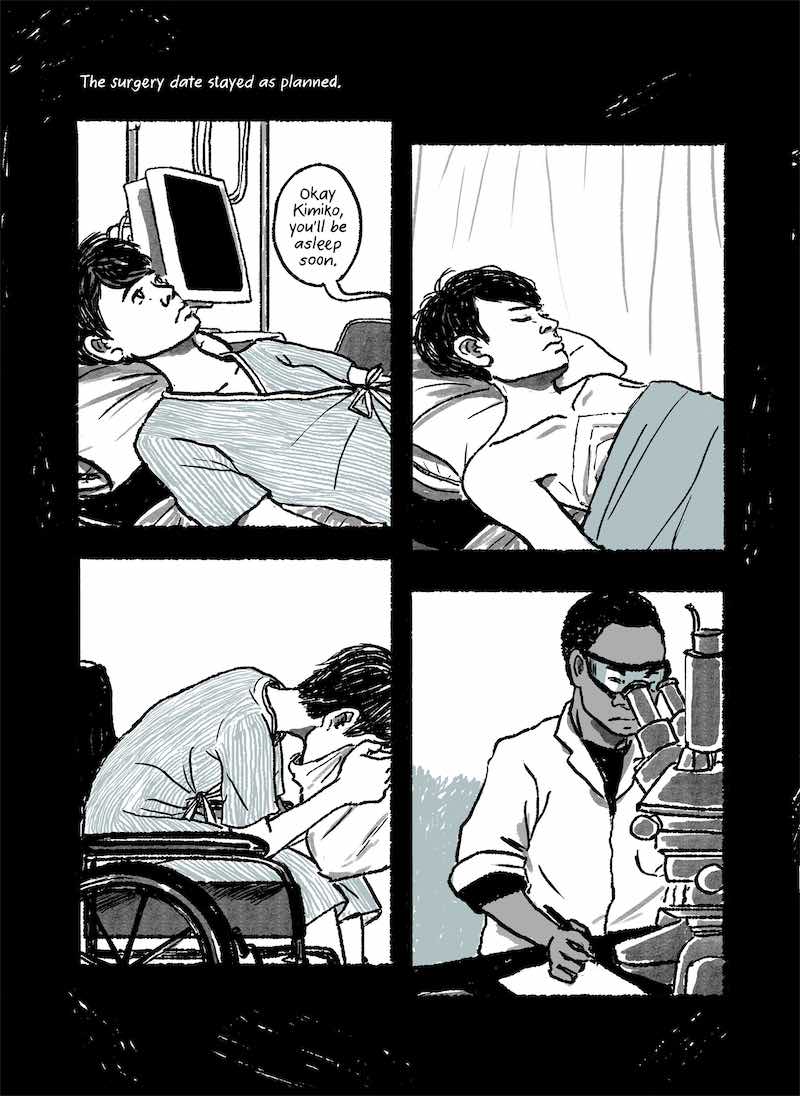 What about books that weren’t memoirs, graphic or otherwise; did any of those have a big influence on Kimiko Does Cancer?

Kimiko: Mariko and Jillian Tamaki’s work had a big influence on me. The narrative arc in their books and the way they use humor is phenomenal. I also love Hyperbole And A Half by Allie Brosh. She’s able to bring lightness to what is a serious topic: depression. I can’t say Kimiko Does Cancer is going to have you holding your sides laughing, but I do hope it doesn’t have the heaviness you might expect from a book about cancer.

And was it also influenced by any movies or TV shows?

Kimiko: I can’t say any movies or TV shows were particularly influential.

Kimiko Does Cancer is clearly a very personal story. But it does involve other people in your life. Did you ever show it to any of your friends or family to get their feedback?

Kimiko: I made sure to show drafts to friends and family who are in the book. Both to get their feedback on the parts that they were in, but also just to get help with the writing and organization. I’m not someone who holds things close until finished. I got a lot of helpful feedback about how to effectively tell the story.

In a similar vein, how often did you debate within yourself about how personal to get in Kimiko Does Cancer?

Kimiko: It was not so much a personal debate as an open conversation Keet and I were having. Keet recognizes the importance of vulnerability to art and she did a great job pulling more emotion out of me for the story. With her guidance, I pushed myself out of my comfort zone, both in sharing my feelings and in covering intimate topics like sex. But I also took care to make sure I wasn’t going to regret what I included down the line. 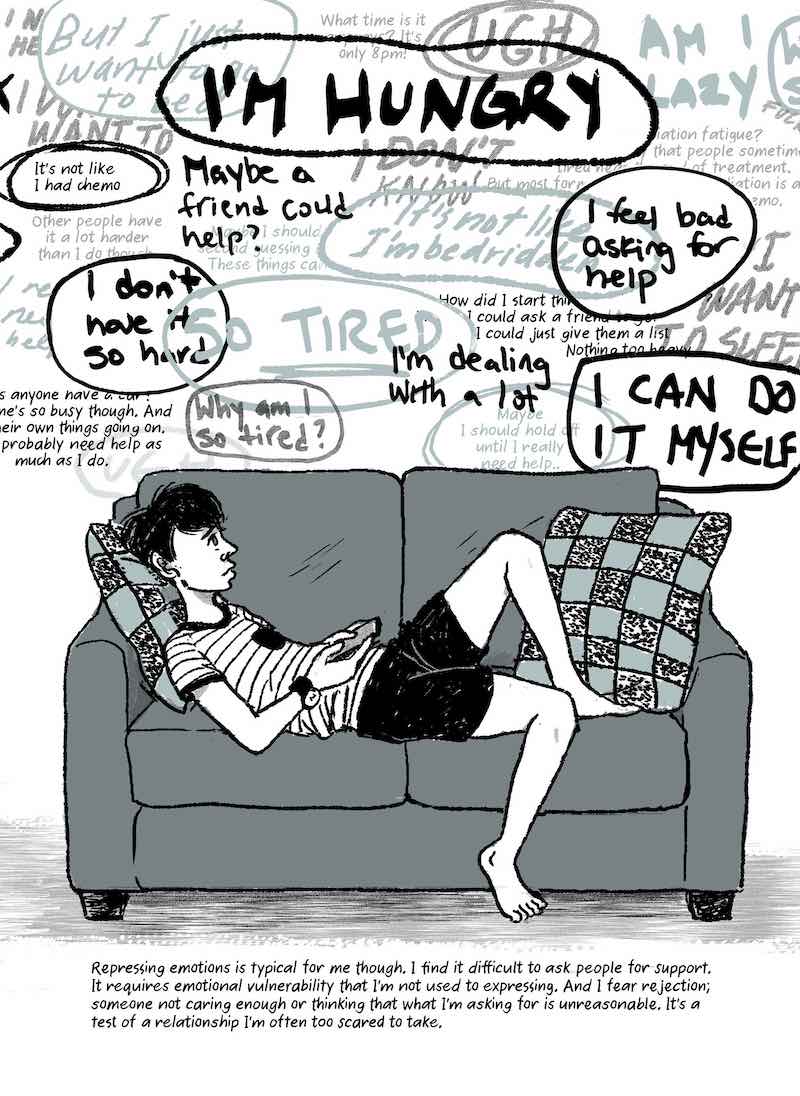 Now Keet, when did you first get involved in drawing Kimiko Does Cancer?

Keet: Kimiko got in touch with me around late March 2017. Before we met, Kimiko already had written and sketched out a shorter draft of the comic, which she brought to the meeting. It was around 13 to 25 pages, I think? It’s a long time ago now.

What was it about this graphic memoir that not only made you want to draw it, but also made you think you were the right person to draw it?

Keet: When Kimiko and I met, my dad was in the hospital suffering through Stage IV cancer. Illustrating a cancer narrative seemed to be a timely parallel thing to do apart from the caregiving duties I was handling at the time. And when he died a short while later, working on the comic was one of the grounding ways I coped with the grief I felt.

As far as knowing if I am “the right person” to do it, I know what skills I brought to the table and how I helped tell Kimiko’s story. If Kimiko worked with another illustrator, then it would’ve been told differently, but not necessarily worse.

Did you also look at other graphic memoirs for ideas of what to do and what not do to?

Keet: I think a key factor for me is to have a variety of references that aren’t exactly the genre I’m making. I read graphic memoirs, but I also read a bunch of other comic genres. It keeps the ideas fresh and helps me not to get too embroiled in the format, as it were. I looked at a lot of comics as I was working on Kimiko Does Cancer for a variety of reasons: to look at how other artists paced their narratives, to motivate myself, or to take a break! I read all sorts of manga, gay Korean webtoons, comics by Lynda Barry, Jillian Tamaki, Alison Bechdel, Lee Lai, among others. I also read a lot of Peanuts. They all influence the work in one way or another.

Are there any artists who you think had a big influence on your illustrations for Kimiko Does Cancer, but not on anything else you’ve done?

Keet: I’ve always been moved by the way Jillian Tamaki handles emotionality through her comics, and that influenced me a lot as I was drawing the comic. Also, I think it’s impossible for me to separate influences in an arbitrary way. They all mix together like soup. Whatever I ladle out into my work is intuitive. 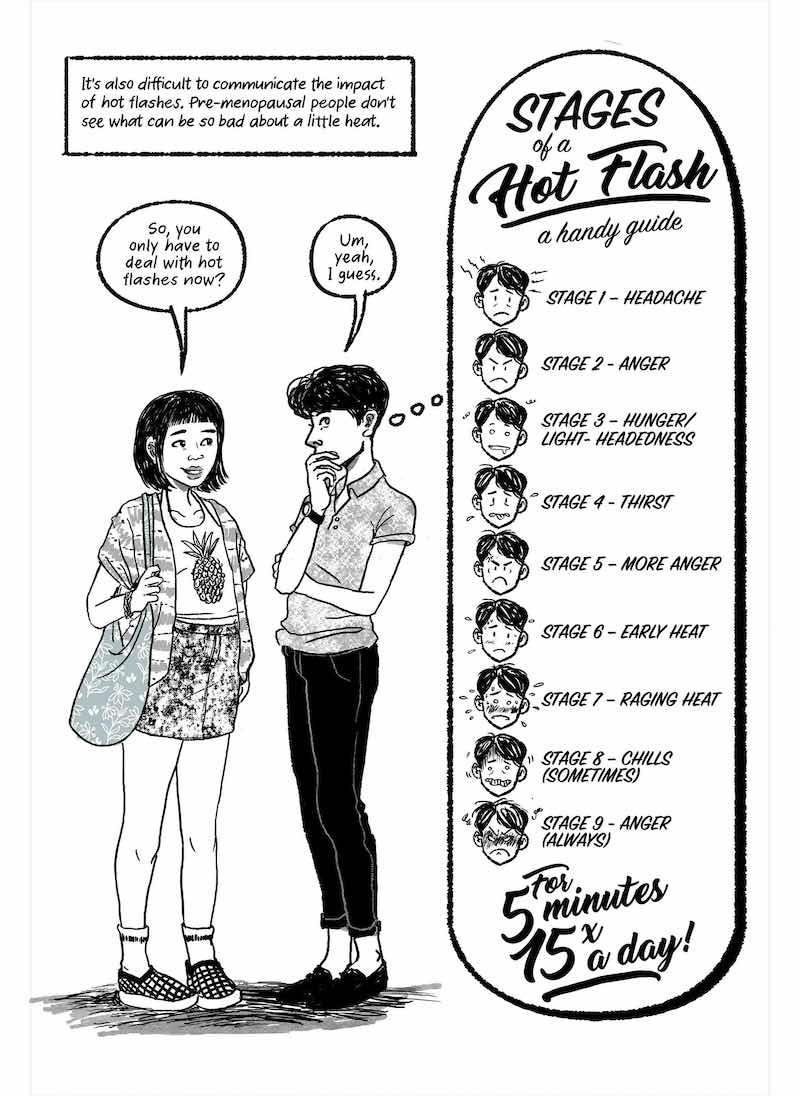 Now, Kimiko, you alluded to this earlier, but did any of Keet’s drawing prompt you to change something about Kimiko Does Cancer?

Kimiko: Keet changed so much about the book! This was not a collaboration where the writer is essentially guiding the whole process. Keet not only ran with what I came with but brought out so much more through her editorial skill. She’s an amazing artist that took the book much further than I could’ve ever imagined. I feel incredibly fortunate that she agreed to take this on.

As we’ve been discussing, Kimiko Does Cancer is about your struggles with breast cancer. What do you think, or maybe hope, someone who has never gone through that will get out of reading this graphic novel?

Kimiko: The sad reality is that most everyone in Canada and the United States has been affected by cancer in some way. So, for readers who haven’t gone through cancer themselves, I hope that the story gives them a bit more of a sense of what their loved one may have experienced.

My other hope is that it resonates with folks with chronic illnesses, particularly young folks and young queer folks.

Speaking of which, Kimiko, you are a queer, mixed-race woman, while Keet, you are a queer immigrant woman of color. What do you think straight, white men might get from reading Kimiko Does Cancer? Or, again, what do you hope they’ll get from it?

Kimiko: One of the main reasons I wanted to write this book is because typically we only see breast cancer survivors who are straight, white women. Not only does that mean those of us who don’t fit the box don’t get to see ourselves reflected, but it also creates a bunch of other problems. It means healthcare providers are less likely to provide quality care because they’re not used to patients like us, it means cancer support organizations might not cover the topics that matter to us. Society moves forward when people care about issues that they think don’t affect them directly.

Keet: Kimiko put it more eloquently than I would have. For me, it would be a more compassionate and nuanced view of the struggles women of color face. But then, I hope that of everybody.

Hollywood loves turning comic books into movies and TV shows these days. Do you think Kimiko Does Cancer would work as a movie or TV show?

Kimiko: I don’t think I’m qualified to answer this question. I can’t say I know what makes a story work well in movies or TV.

Keet: I prefer a format I would actually watch, which is cartoons. Animation has a detachment and a way to stylize atmosphere and convey metaphor that makes it easier to access and process hard topics.

And if that happened, would you want to work on it?

Keet: If it were an animated movie, I’d love to take part in visual development. I’d love to know more about that aspect in animation production. 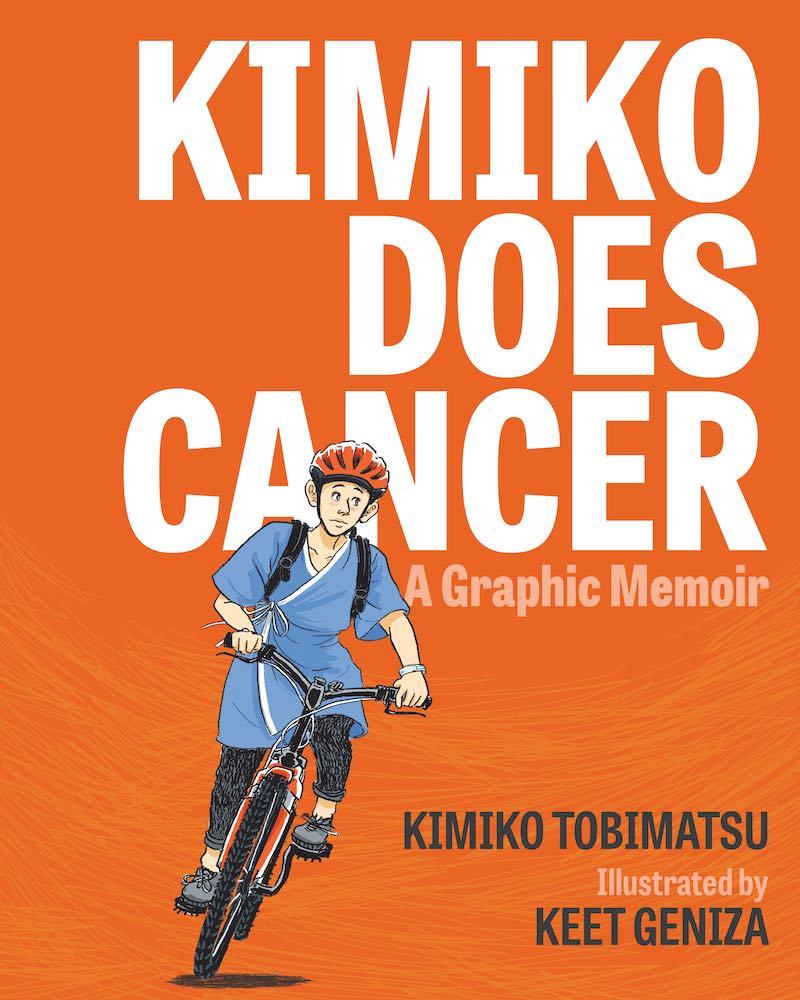 Finally, if someone enjoys Kimiko Does Cancer, what graphic novel memoir of someone else’s would you each suggest they read next?

Kimiko: A bit of a different feel, but a fantastic comic anthology is This Place: 150 Years Retold. It’s a collection of stories from Indigenous creators that share how Indigenous peoples have survived a post-apocalyptic world since contact.

Keet: The Best We Could Do by Thi Bui. It’s a graphic memoir about her (the author’s) family’s escape from the fall of South Vietnam in the 1970s and the struggles she faced as a young mom and a child of her parents while trying to make a life for herself and loved ones. A thick book, but well worth the read. 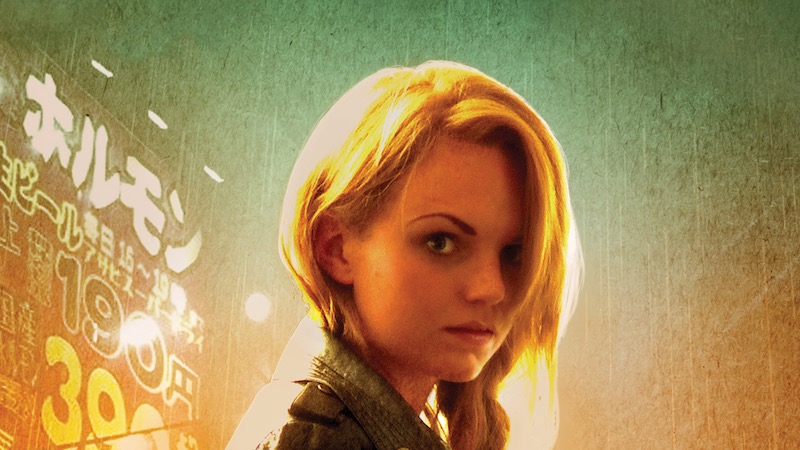 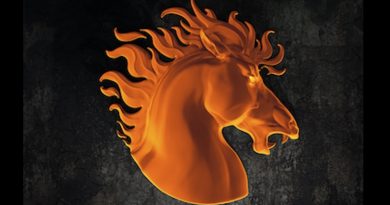 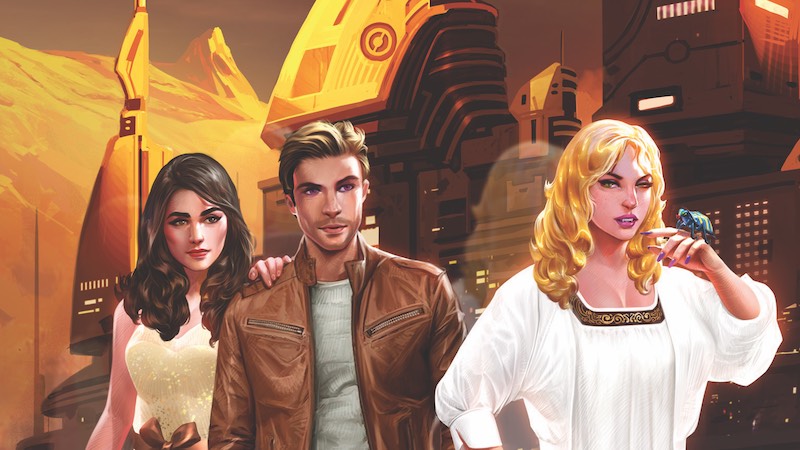