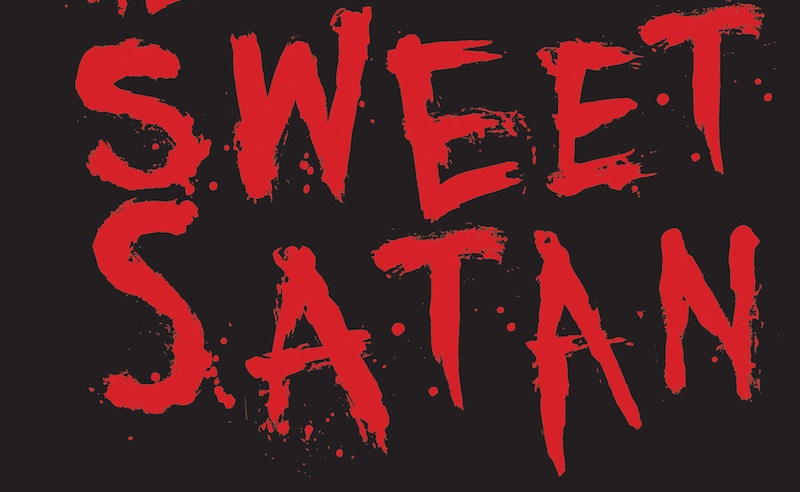 I’m not sure where I got it from, but sitting on a shelf in my office is an adorable plastic toy of the dark lord Cthulhu. It’s even called “My Little Cthulhu,” and comes with two screaming people who kind of look like those Playmobil figures. The point being that Satanism, the dark arts, and the occult have become so commonplace in our society, in our pop culture, that they’ve sometimes, well, adorable. And if you don’t believe me, there’s a reality show called The Osbournes you might want to check out.

So how did we get to this point? It’s something writer George Case explores the origins of in Here’s To My Sweet Satan: How The Occult Haunted Music, Movies, And Pop Culture 1966-1980 (hardcover, digital). Though in talking to Case about his book, it’s clear he doesn’t see the influence of Satanism, the dark arts, and the occult on our pop culture as being all that evil. 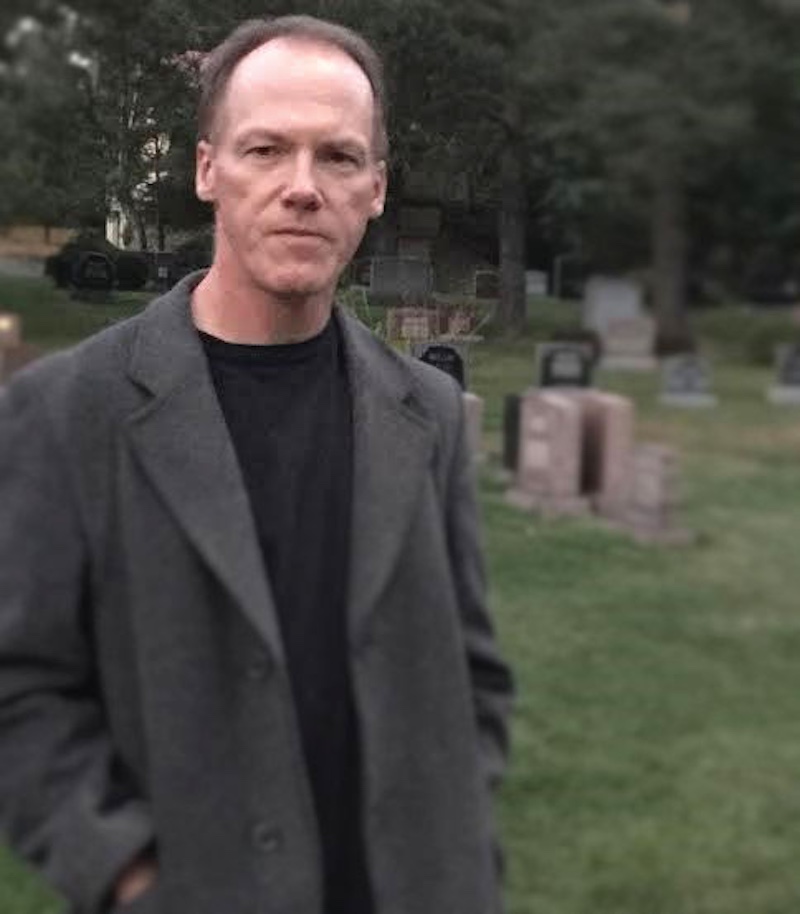 I always like to start with the basics. So, what is Here’s To My Sweet Satan about?

Basically, it’s a social history of the occult boom of the 1960s and ’70s, when Satan, witchcraft, the paranormal, and all that kind of spooky stuff seemed to be everywhere in the media. Some of it was harmless, some was just commercial exploitation, but some of the occult was dead serious, and it’s still affecting us today.

“Here’s to my sweet Satan,” is what people thought they heard if they listened to Led Zeppelin’s “Stairway To Heaven” backwards. Given that you’ve written two books about those guys — Led Zeppelin FAQ and Jimmy Page: Magus, Musician, Man — did you decide to write Here’s To My Sweet Satan because Led Zeppelin and Jimmy Page led you to explore the occult?

I suppose I was already interested in the occult when I started getting into Zeppelin as a teenager, but the band’s occult reputation became another tangent for me to explore. After getting into occult comics, novels, TV shows, and movies, it was only natural that I’d want to check out occult-related rock ‘n’ roll.

What then made you think this would be a good idea for a book, and also a good book for you to write?

As a writer, I’d been looking for a new topic for a book, and it occurred to me that since I’d already won a readership who appreciated my research into Page and Zeppelin, this would be a nice way to branch out into a broader area but still bring some of the audience with me. That’s why I picked the title, as a way to reference Led Zeppelin. And because I’d been so steeped so much other occult material, I thought I had a pretty strong background in the entire culture of those years. I was born in 1967, so I literally grew up with a lot of the stuff I’ve written about here, whether music, books, films, games, news stories…I lived through all of it.

In terms of the way the book is written, were there any pop culture writers or specific books you’d consider an influence on both how is written and structured?

I’m not sure if there were any specific books that influenced me in the writing of this, though I read an awful lot, particularly social history and criticism. I remember reading Jason Zinoman’s Shock Value, about ’70s horror movies, and I thought, yeah, there were certainly a lot of big-time horror movies during that period, but someone ought to write about all the horror novels, music, toys, comics, and everything else that went with them. That was maybe the main inspiration for me here: the thought that it was a big topic that hadn’t yet been addressed in a single book.

Was there anything that other people had identified as being occult-influenced, but you realized it wasn’t so you didn’t talk about it in the book? Or did you intentionally talk about this kind of stuff because it’s part of the story?

I tried to cover both the really frivolous occult stuff, like Count Chocula and Scooby-Doo, as well as the hardcore occult figures like the Church Of Satan, “The Son Of Sam,” and so on. This way I could show how the occult was everywhere in that era, from light entertainment to serious crime. I think that’s an angle that hasn’t been really done before: connecting the whole wave of commercial pop culture and long-term social change, and seeing how they affected each other, and the people who were around then.

The book is subtitled How The Occult Haunted Music, Movies, And Pop Culture 1966-1980. What was it about pop culture in 1966 that made this a good place to start your book?

I picked 1966 for a couple of reasons. The whole counterculture was just getting going back then — by which I mean hippies, protest, and drugs — and that was the year Time magazine put the question “Is God Dead?” on the cover, which was a pretty provocative thing to see on the newsstands. 1966 was also when Anton LaVey started the Church Of Satan in San Francisco. So there were obviously a lot of strands coming together at that point. Then by 1967 you had the book Rosemary’s Baby come out, Aleister Crowley on the Beatles’ Sgt. Pepper album, Bigfoot filmed in California…it really got rolling from there on.

But the occult’s influence hasn’t waned since 1980. Lucifer is a hit show on Fox, zombies are wildly popular on TV and in games, and Cthulhu was a character on South Park. Why stop at 1980? Or is the plan to write Here’s To My Sweet Satan II: Electric Boogaloo, I Mean How The Occult Haunted Music, Movies, And Pop Culture 1980-2016?

That’s an interesting question. I closed at 1980 because that was when the first real backlash against all the occult stuff started, particularly with the rise of the Moral Majority, the election of Ronald Reagan in the U.S., and the start of the so-called Satanic Ritual Abuse rumors. You’re right that the occult is now bigger than ever, but 1980 marked the first time people started reacting against it in a serious way. In a sense, we’ve been debating the legacy of that first wave ever since.

Speaking of the show Lucifer, recently the exaggeratedly-named One Million Moms came out against the show but, as usual, their protests fell on deaf ears. Why do you think attempts to curtain the occult’s influence on pop culture have failed over the years?

Maybe because so much occult stuff is damn good entertainment. Be it Ozzy Osbourne, Metallica, Stephen King, Harry Potter, Twilight, The Walking Dead, whatever, people are attracted to fantasy, horror stories and mysteries, and no amount of reaction from the evangelical crowd can steer them away. The problem isn’t that people can’t prevent the occult from having an influence on pop culture; the problem is that people start to see a dangerous influence where there isn’t any, and then all sorts of shit happens, up to and including the backward-masking legends around “Stairway To Heaven” and people being falsely accused of committing Satanic crimes.

What do you make of the fact that so much of the occult in pop culture is of the warning variety, but people like the One Million Moms always mistake it for glorification?

Because they’re idiots. Look at Black Sabbath: a lot of their songs are about how the Devil causes wars, death, misery, destruction, et cetera, but people only see “Devil” and assume it’s being promoted or glorified. One thing I get into in the book is how much the people making the music and the movies didn’t really believe in a supernatural Satan and were just using it as a gimmick. It was the enemies who took Satan seriously and projected their fears and superstitions on the artists themselves. Led Zeppelin sure didn’t put any backward messages on their songs, and Kiss were not Knights In Satan’s Service.

So are you at all worried that people might try to protest your book because they didn’t notice its subtitle?

If there’s anyone out there prejudiced or ignorant enough to think this is a book that’s trying to win converts to Satan, I say bring ’em on. There’s no such thing as bad publicity. In fact, it would underscore my basic premise, that it was the people responding to the occult wave who did more lasting social damage than the people who originally created it.

What effect, if any, did writing this book have on your headspace when it comes to pop culture. Like do you now watch something like Taylor Swift on The Tonight Show and think, “Wow, she just did the Satanic hand gesture for ‘All Hail The Old Gods!’ No, wait, she was just waiving to the crowd.”?

My big conclusion at the end of the book is to remind people of a little thing called reality. The occult is basically a very weird religion, but really, what religion isn’t weird? Believing in some old guy who lives on a cloud, or a half-goat who lives in a big fire underground? Are you kidding? Taylor Swift is a Satanist? Rock groups tried to send secret Satanic messages on their albums? Little kids with personality disorders are possessed by a demon? All of those are intriguing ideas and maybe make for freaky stories, but really, we need to address real-world problems rather than silly urban legends. Pop culture is usually a huge distraction from much bigger issues. 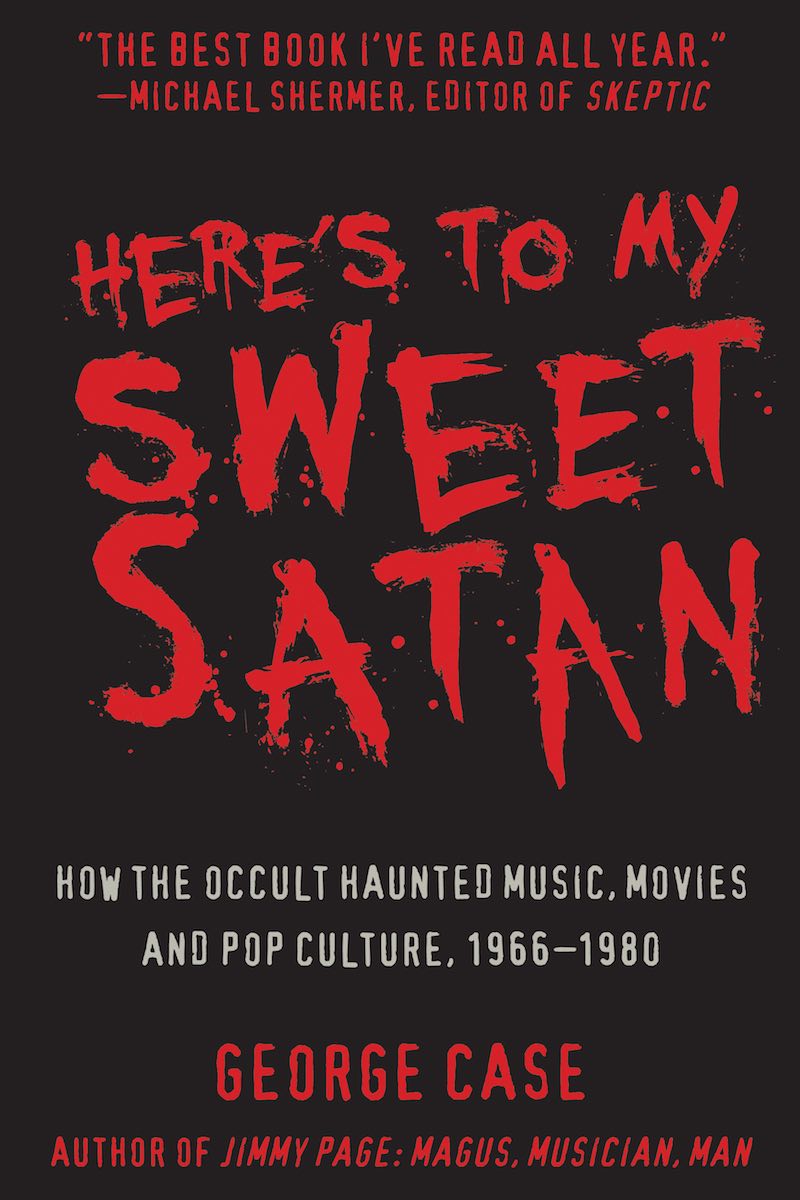 So, of all the occult-inspired movies, music, and so on that came out between 1966 and 1980, which are your personal favorites and why?

For personal favorites I’d definitely have to name The Exorcist, both the book and the movie, for its super-realistic treatment of an inherently unbelievable subject. I’d also mention the writers H.P. Lovecraft and Stephen King, bands like Zeppelin, Sabbath, Kiss, Alice Cooper, and AC/DC, comic books like Creepy and Eerie, and maybe even some of the philosophy of Aleister Crowley, twisted though a lot of it is. I find all of those are a lot more subtle than anything that’s out today. There’s definitely a theme of nostalgia running through Here’s To My Sweet Satan, as I look back on material that was so popular back then but which has kind of been supplanted by much harsher stuff nowadays. I’m not sure if we’ve really progressed all that much, and maybe the occult wave, even the coolest elements of it, was part of the problem. 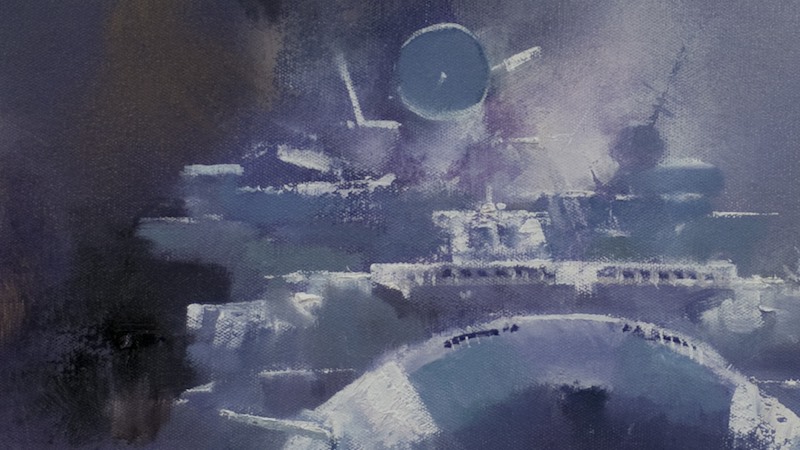 Exclusive Interview: The Man In The Tree Author Sage Walker 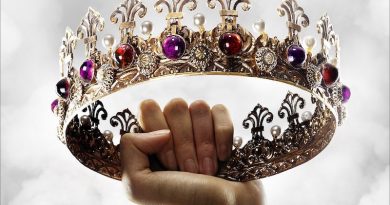 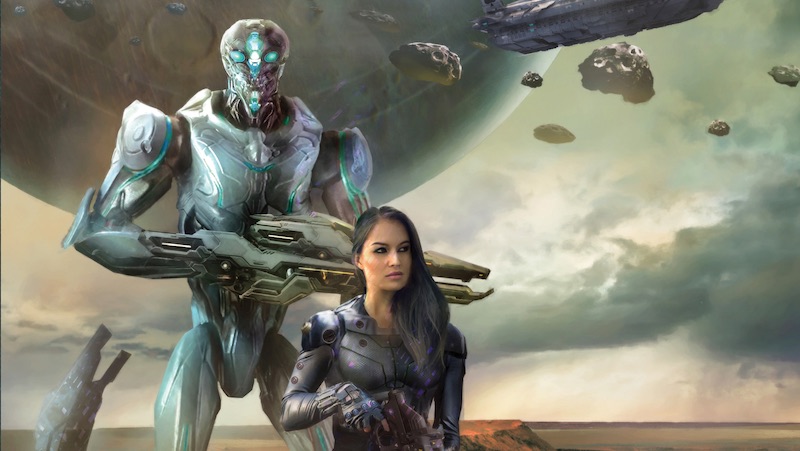