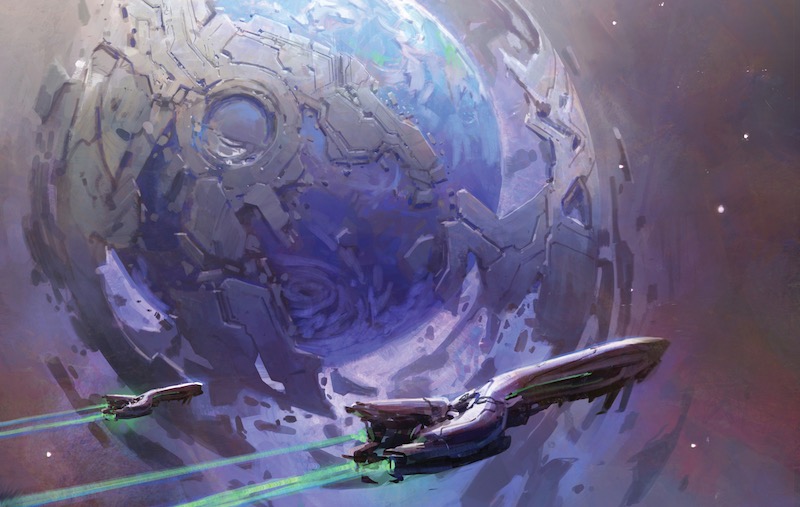 You might think that writing a book based on a video game just requires that you play the game a lot. Which is why no one is ever going to ask you to write a book based on game. Instead, they’ll probably ask John Shirley, who’s written a number of game-related novels, including the new Halo one, Halo Broken Circle (paperback, digital)…and not just because his research process involved more than a few rounds of “Team Slayer.” 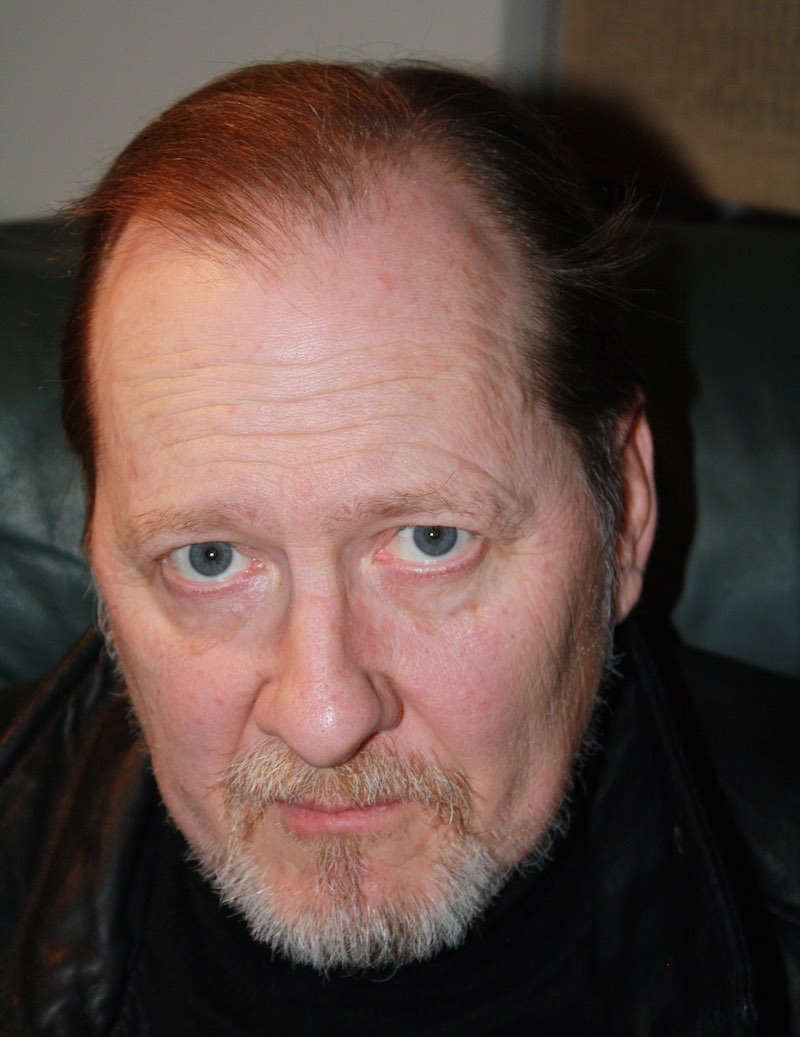 Let’s start with the basics: What is Halo Broken Circle about and where does it fit in with the games and the other Halo books?

Halo Broken Circle is a large-scale science fiction tale without human beings in it. They are mentioned near the end, but never appear directly in the story. Instead, it’s an epic tale of the origins of the San’Shyuum and their “Prophets,” as well as the Sangheili, the war-like race of aliens — well, alien from our point of view — who eventually were pressured into joining The Covenant and complete their own Great Journey into the higher, supposedly divine realms where, they assumed, The Forerunners, the creation of the sacred artifacts and technology, had gone.

In the book, a skeptical but outwardly zealous San’Shyuum comes into conflict with a Sangheili named Ussa, who has formed a group of Sangheili resistant to the San’Shyuum, and this resistance to first the expanding empire of this sect of San’Shyuum, and then to The Covenant, catalyzes a far-ranging story arc, including the creation of a secret colony of Sangheili resistance hidden in an extraordinary, weirdly transformed shield world, and intrigues within San’Shyuum society on High Charity. Along the way, we expose never before revealed secrets of High Charity and the San’Shyuum home world. How have the space-faring San’Shyuum kept going, despite their problems with having offspring? A stealth expedition to the San’Shyuum home world Janjur Qom, reveals the secret history of the replenishment of San Shyuum DNA. We learn, too, more of the culture of the San’Shyuum and Sangheili.

There are many adventures on Janjur Qom, multiple Machiavellian machinations on High Charity, warfare and betrayal in the Ussan colony, all offer a lot of action. And yet the full arc of the novel takes place over about two thousand years. Despite its long arc, everything knits together.

Where did the original idea for Halo Broken Circle come from?

343 Industries, through my publisher, asked me if I’d like to write a Halo novel, and when I said yes, they asked for proposals. I gave them several and they chose one. So the commencement was that simple.

But the doing? Not so simple. Two key ideas — the Ussan colony, and the expedition to Janjur Qom — I came up with after doing a great deal of research, and thinking about the story possibilities. Much of the story arc derives from the timeline of the Halo games and novels. I dramatized things only mentioned in timeline. I had to write an elaborate outline, and then the book was vetted by 343 and my editor, Edward Schlesinger, a section at a time. Much revision and rethinking was needed.

Ideas arise from my imagination based on input, and the input was playing the games and reading the Halo encyclopedia, generally researching the canon, and looking at art. But I also bring in my own thoughts on the astrophysical possibilities of an intelligent race’s expansion into space. Originally, I wanted to tell much of the tale from the human point of view, but it was 343’s idea to do it “all alien, all the time.” No humans. This was a great challenge, increasing the already heavy canon research, and throwing out some difficulties in characterization. Human characterization is naturally much easier for a human to write. But I think I rose to the challenge and provided believable, sympathetic aliens heroes…and believable unsympathetic villains. So I’m glad we went with “no humans,” it makes the book special, and gave me a chance to really stretch my imagination.

Halo Broken Circle is not the first book you’ve written based on a game. And as you know, when write a book that’s based on a game, you can’t just write whatever you want, you have to make sure you don’t contradict anything in the games, and everything has to be approved by the people who make the games. But as someone who’s also written your own original novels, do you find the restrictions of writing a game book to be liberating or a welcome challenge?

Working within a given canon does have some liberating elements. I already know what many of the settings will be like, and I can draw on pre existing ideas the fans of games are familiar with.

But there is always room for creativity within the constraints of the franchiser’s approval. 343 had to check everything, and since the Halo universe is so big and well established, there was room for more than creativity, there was always a chance I could screw up. It’s difficult to have the whole Halo universe fixed in one person’s mind. It might have taken me a couple of years to absorb it all. So, despite the immense research I did, I really needed their help. Sure, I bumped into restrictions, and wish I could just write around them or do it all my own way. I’m a novelist, I have dozens of my books that are purely my own invention out there, and it’s in my nature to want to tell a story my way. But a Halo novel, or any other tie-in novel — I’ve done a Grimm novel [Grimm: The Icy Touch], a Batman novel [Batman: Dead White], BioShock: Rapture, a Watch  Dogs novel [Watch Dogs: Dark Clouds], and others — is going to be a collaboration. Nevertheless, I feel that the writer can bring a lot. I still write in my style, my voice, my insights into existence.

But in writing Halo Broken Circle, how much freedom did you have when it comes to major plot points, creating new characters, and so on?

There are always murky areas in the canon, in the timeline, or established facts, where I can create something of my own. If it’s entertaining and not in contradiction to the canon, I can create a great deal, and add my own ideas to the universe, which in turn become canon.

How important, if at all, do you think it is to play a game before writing a book about it?

I think it’s absolutely important. There’s a feel for the world of the game you get from playing it, and that feel, that atmosphere, that point of view, can only be gotten by living in that world…which is what we do, in a way, while playing the game.

As for Broken Circle, I played the Halo games before I ever had a chance to write about them, I’m a big fan of first-person shooters, and have enjoyed all of the Halo games.

Along with your video game novels, you’ve also written books in both the cyberpunk and horror genres. When writing Halo Broken Circle, which is a sci-fi novel, did you consider injecting elements of horror or cyberpunk into it, or are able to lock your brain into one genre and write that way?

To me, it’s more like Halo and other game worlds have already had cyberpunk and horror injected into them. Game designers read books, watch movies. They create their own ideas, sure, but they also use tropes and concepts to be found out there in our culture. Think of The Flood in Halo, the fungoid parasitical invaders. They’re original enough, and are wonderfully designed by artists and creative people among game designers, but they owe something to The Triffids and other bodysnatching creatures of science fiction horror. Cyborgian elements, man-machine interface, as embodied by Master Chief and Cortana, can be found in Halo and other video games, but these ideas go way back in science fiction. My own cyberpunk trilogy, A Song Called Youth, has influenced various movies, books, games, as did the work of such cyberpunk writers as Rudy Rucker, Bruce Sterling, and William Gibson.

Has writing these game books led anyone to ask you to write a game?

I actually have worked on games, but I’ve usually been brought in as a consultant. Most recently, Telltale Games brought me in to work on their Borderlands game. I provided ideas and story possibilities, had conferences, made comments, and generally tried to enrich the game. I’d written three Borderlands novels [Borderlands: The Fallen, Borderlands: Unconquered, and Borderlands: Gunsight] so I had a good sense of the feel, the energy, and style of the world of those games that I could bring to Telltale. I enjoy doing that. I love it when I see something I thought of show up in a game. I’d be happy to do more of it.

So having written novels based on the games Halo, Borderlands, and BioShock, what other games would you most like to write a book about?

I’d like to write a Call Of Duty: Advanced Warfare novel because I thought it was a really sophisticated game. I have lots of science fictions skills, and a sense of the futurological possibilities of warfare. The game has all kinds of sociological and political resonance I could get into.

I’d also be happy to do another Halo novel, especially from the human point of view. 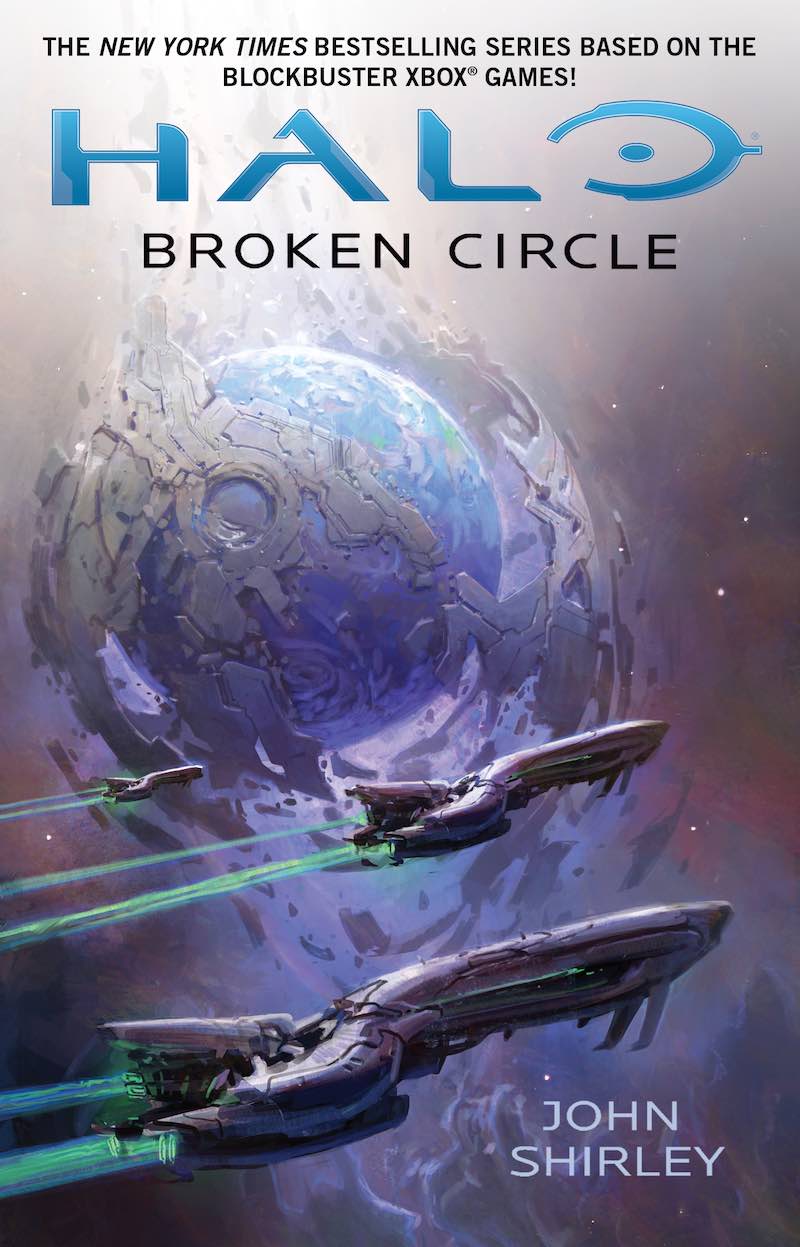 Lastly, if someone enjoys Halo Broken Circle, which of your books would you recommend they read next and why?

If they’re looking for books inspired by video games, I think my novels Bioshock: Rapture and Watch Dogs: Dark Clouds are pretty strong, people like them, and they were in-depth explorations of those worlds.

If they want to experience my own, pure-John-Shirley work, though, and they like science-fiction, A Song Called Youth has it all: cyberpunk to the max, future warfare, weird ideas…it’s probably my best science fiction writing. 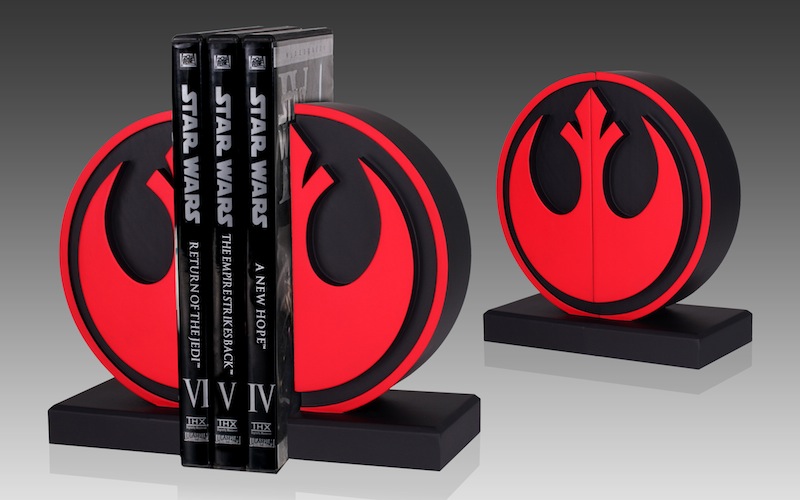 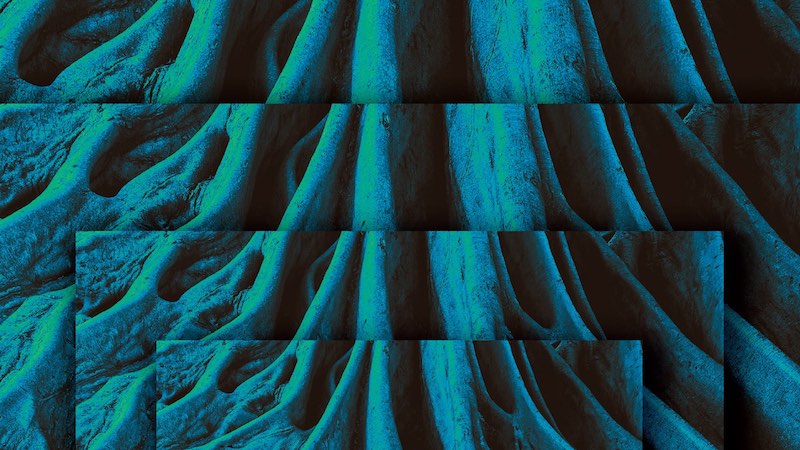