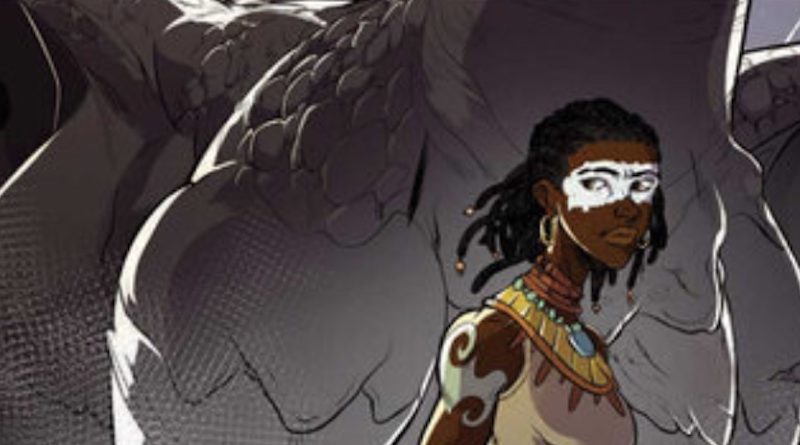 While the idea of using writing as a form of therapy isn’t new, we often associate it with the writing of poetry or song lyrics. But in the following email interview about her romantic fantasy novel Given (hardcover, paperback, Kindle), writer Nandi Taylor discusses what inspired and influenced this therapeutic tale. 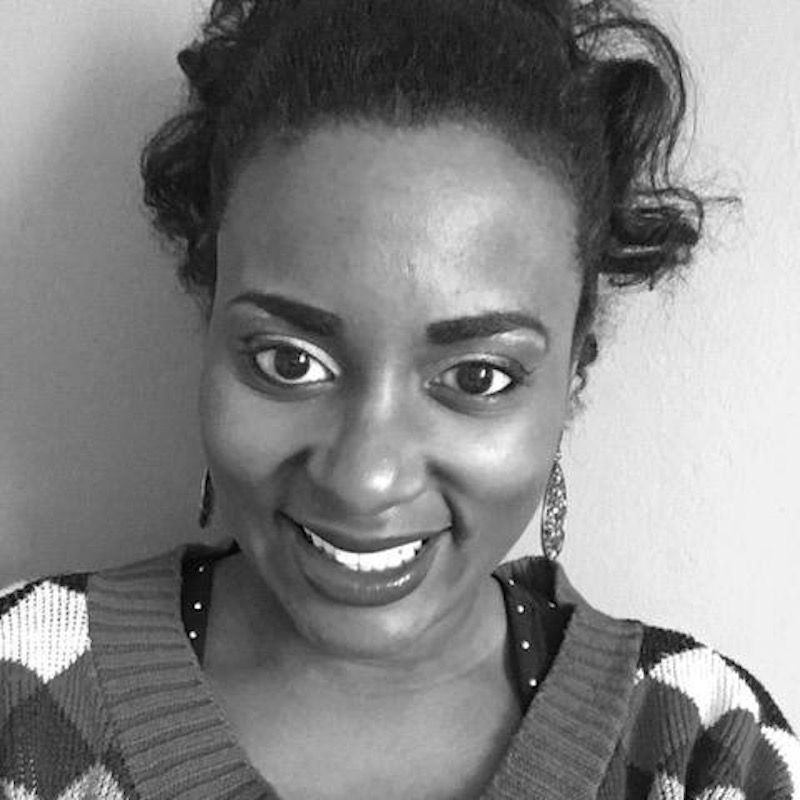 To begin, what is Given about and in what kind of world is it set?

Given is the story of Yenni, a princess of the Yirba tribe and her journey abroad to find a cure for her ailing father. She travels from her home on the Moonrise Isles to the northern Empire of Cresh to enroll in their top magic Academy in the hope of learning something that will save her dad. But while in Cresh she encounters culture shock, prejudice, and a brash, shape-shifting dragon named Weysh who randomly claims they are “Given” or destined soul mates — and that goes about as well for Weysh as you would expect.

Where did you get the idea for Given, and how did that idea change as you wrote it?

This book was mostly therapeutic, a means of working through some difficult things that were happening at the time I was writing it. I was living in Tokyo, and that was one of the best experiences of my life, but it also came with its share of microaggressions, many of which show up in the book through Yenni’s experiences as a foreigner abroad.

I also heavily interrogate my annoyance around the cultural appropriation I saw growing up (and today, if I’m honest). It’s a uniquely frustrating experience to have your hair / food / language mocked as weird one week and repurposed as cool the next.

Given has been described as a romantic Afro-futuristic fantasy story. Is that how you see it?

I believe when people use the term “Afro-futuristic fantasy” to describe Given what they’re trying to get at is “Afrofuturism,” a term that came about in the early ’90s. Afrofuturism is fantastic, it’s an aesthetic and a philosophy — a way of envisioning the future that explicitly centers Black people and the experiences of black people of the African diaspora using sci-fi and fantasy elements. Good examples are Black Panther (Wakanda Forever!) and the music of one of my faves Janelle Monae, as well as the works of the esteemed Octavia Butler.

Though Given has the same spirit and goal as Afrofuturism, which is to parse common fantasy tropes through the lens of the black experience, I hesitate to categorize Given as Afrofuturism because 1) while the story is set in a secondary world, it’s not an allegory for the future, but rather the present and 2) most of the story is about Yenni’s experiences as a foreigner in the Empire of Cresh, which resembles 18th century England / France, albeit viewed through her eyes.

I think a good way to describe Given is that it’s a fantasy-romance steeped in Caribbean and West-African traditions.

Are there any writers or specific stories that you see as having a big influence on Given?

No writers in particular but rather the romance genre. I really was going for almost a caricature of the stereotypical romantic hero with Weysh, right down to the muscles and flowing dark hair, to satirize genre expectations. His absolute befuddlement that Yenni could reject him at the beginning is a nod to that. I wanted to explore and challenge some of romance’s most problematic tropes with Given. Weysh is not easy to like at the outset, and he’s not meant to be.

How about movies, TV shows, or video games; did any of them have a big impact on either what you wrote in Given or how you wrote it?

Weysh in dragon form may or may not bear some resemblance to Toothless from How To Train Your Dragon.

As you know, a lot of fantasy novels are self-contained, but some are part of larger sagas. What is Given?

Given is what you call a stand-alone novel with series potential. It’s fairly self-contained in that yes, there are loose threads but the main story lines for book one are resolved in book one.

[But] book two is well underway. I want to explore Yenni’s home and family a lot closer in the next book. While it was cathartic to explore her experience as a foreigner abroad, I’m really enjoying delving deep into Yenni’s culture, which is rooted in the traditions of West Africa.

So what can you tell us about this series in terms of it being an ongoing thing or a set number of books?

So far I only have the story for two books planned out, but I don’t have a name for the series yet. I’ll have to think up something good.

Earlier I asked if Given had been influenced by any movies, TV shows, or video games. Has there been any interest in adapting Given into a movie, show, or game?

Given would work well as a movie. The flying scenes and Island runelore in particular would look fantastic onscreen. I don’t think it would work as a series through, the story would slow down considerably.

If Given was going to be made into a movie, who would you want them to cast as the main characters?

If you’re looking for accurate visual representations, I’d say [Aquaman‘s] Jason Momoa (without the beard) is a good approximation for Weysh. For Yenni, I’ve often said Yaya Dacosta [Chicago Med] or Aja Naomi King [The Birth Of A Nation]. 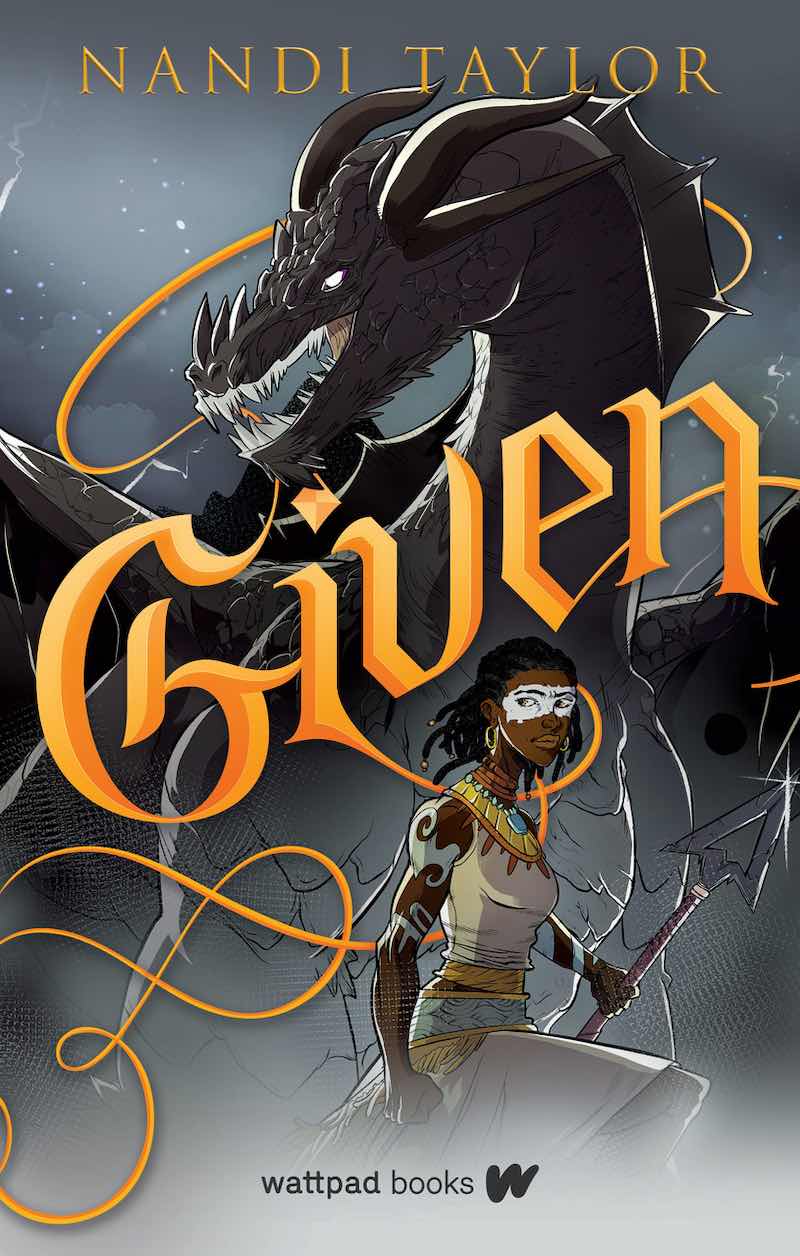 Finally, if someone enjoys Given, what similar fantasy story of someone else’s would you suggest they read next?

There are so many wonderful books that center protagonists and fantasy worlds rooted in African traditions that have come out recently. There’s Tomi Adeyemi’s Children Of Blood And Bone of course, and Kingdom Of Souls by Rena Barron. I just finished David Mogo, Godhunter by Suyi Davies Okungbowa, which is about a demi-god hunting rogue gods in a post-apocalyptic Lagos, Nigeria. And The Belles by Dhonielle Clayton is a gorgeous fantasy with a black protagonist set in the fictional world of Orleans, which reminds me of Cresh. 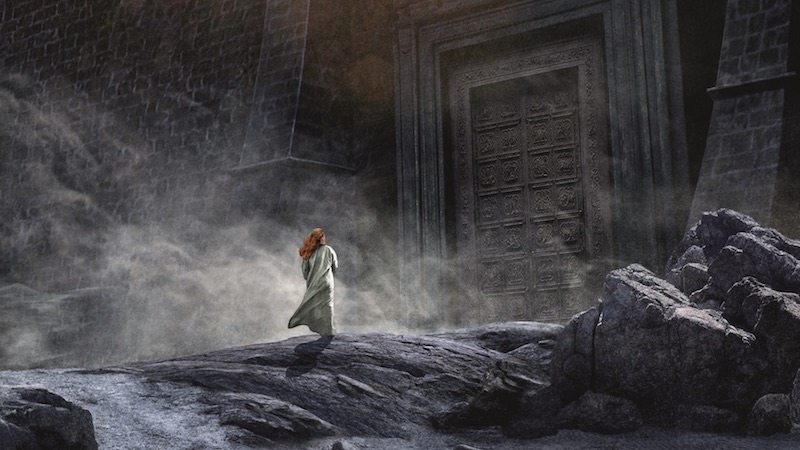 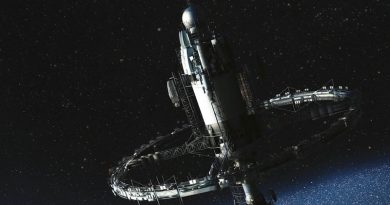 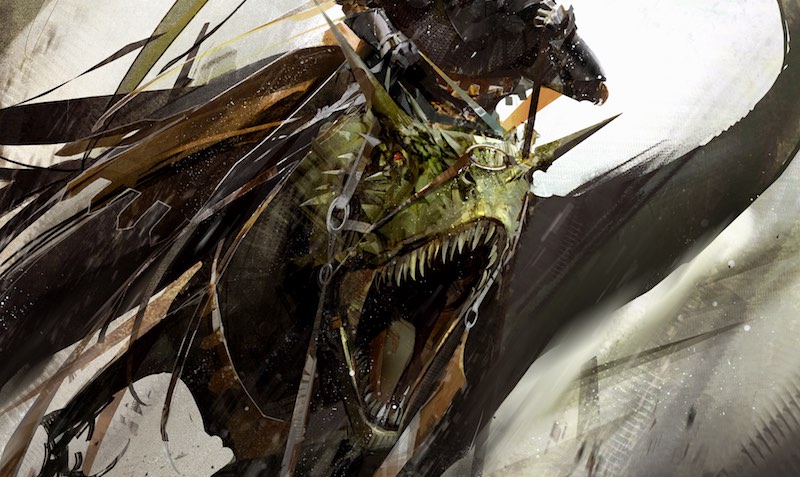