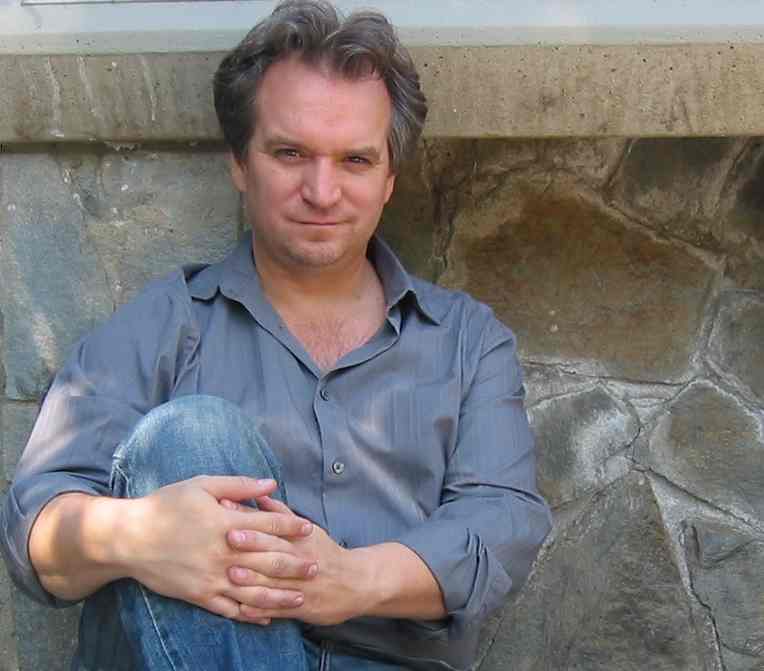 When you think about it, I mean really think about it, the best thing to be in a zombie apocalypse isn’t a cop or a army guy or a sword-swinging lady with cool hair. It’s a superhero. Well, one with superpowers, that is, not just some rich dude with parental abandonment issues. At least that what I’ve gleaned from the Ex- novels by Peter Clines, who explains what inspired these novels as well as both the zombies and superheroes in them. 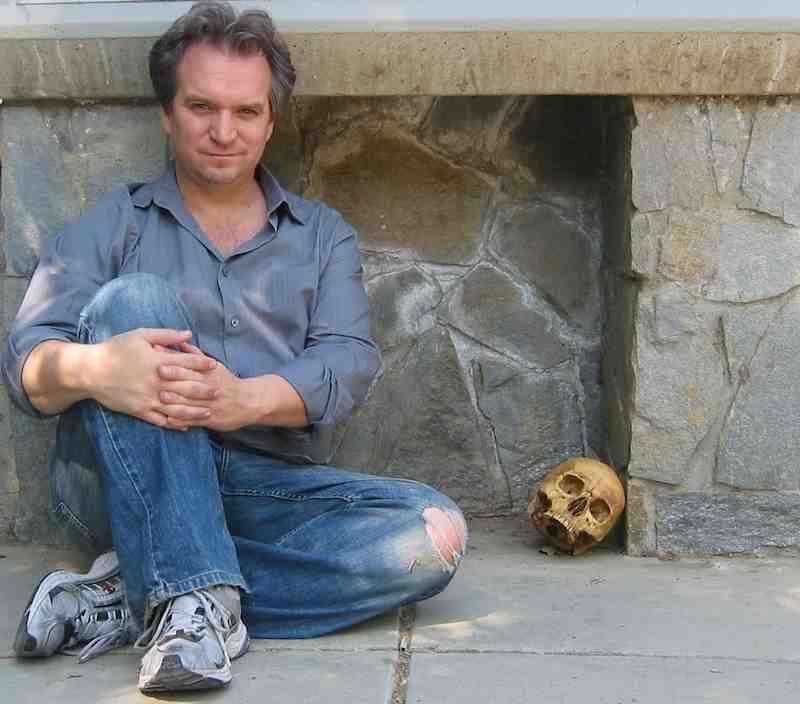 For those who haven’t read any of your Ex– novels, please explain what they’re about, and how the newest, Ex-Purgatory, fits in with the rest.

Simply put, the Ex- series is about a world where there were superheroes, a zombie plague happened, and now the survivors — normal and superhuman — are trying to create some kind of post-apocalyptic existence. The first book, Ex-Heroes, introduced the world. The second — Ex-Patriots — brought in the military, as any zombie story does. The third book, Ex-Communication, was about a new threat to the expanded community and also tied up a few threads from the first two books.

Ex-Purgatory is a little different. It’s fourth in the series, so if you’ve read the other three you’ll see a little more from it, but I think it also works as a starting point if someone just wanted to pick it up.

Where did you get the original idea from?

There were two or three things that all just happened to come together in my head at the same time. One was frustration and disappointment over a zombie-superhero series one of the big two comic publishers did. I was also frustrated with how superheroes were getting portrayed in comics in general. Around the same time, my girlfriend and I moved in together, and while I was unpacking I found these sketchbooks from grade school and high school, back when I wanted to write and draw comics for a living. I was looking at all these characters I’d made up as a kid and realized they fit very well into my “how I would’ve done it” story. So I started writing and eventually realized I had a book on my hands.

What were the influences on the way you depict both superheroes and zombies and why them as opposed to other ways?

My zombies are your basic Romero shamblers that can get outsmarted by a kitten. I’ve just always found the idea of the slow tide to be scary in a much more creepy way. Most of my heroes are a bit more of the standard archetypes, too, though I was very determined to write about superheroes and not just people with superpowers. Like I said, I’ve been really frustrated by the way the big two have been changing over the past ten or fifteen years. I’m all for realism and “feet of clay,” but so many of these books have just turned into soap operas with people wearing masks…or usually not wearing masks. I just wanted to write the kind of heroes I read about growing up, people who were actually, well, heroic.

As you said, Ex-Purgatory is the fourth book in the series. Do you know how many more books you’ll write in it?

I don’t have any sort of endgame planned out, no. I think if it’s really an apocalypse, you can’t reverse it. It’s not like there’s a big lever somewhere that you can flip and all the zombies vanish. I can play around with threads a bit from book to book, but I don’t really think there’s a point where it’s “done,” if that makes sense.

So, with that in mind, this world’s just a setting. It’s like the Jack Reacher or Joe Ledger books; it’s a series of ongoing stories rather than one big story spread over three or four books. And maybe someday I’ll give all the characters a nice sendoff of some kind, but for the moment…well, I’ve already sketched out notes for books five and six.

The earlier books in the Ex– series were originally published by Permuted Press, and later reprinted by Broadway, who put them out in rapid succession: Ex-Heroes came out in February of 2013; Ex-Patriots was two months later; and Ex-Communication came out that July. And now we have Ex-Purgatory. Do you think this worked to your advantage or hurt you by overloading people?

I was a little worried at first, more that people would see me as someone cranking out a book every two months or so and assume they were crap without ever looking at them. But the folks at Broadway did a good job of getting the word out that the first two were reprints and that a fair amount of time was getting spent on each book.

As far as overload…it did cross my mind, yeah. But Julian, my editor at Broadway, and my agent, David, both assured me that people tend to “binge” when they like a series. And looking at it that way makes a lot of sense. Hell, I know I’ve done that once or thrice.

You worked in the film and TV industry for a while. Have the Ex– books been optioned yet?

There’s been some talks with a few people, and a fantastic cheeseburger during one lunch meeting, but nothing’s come of it yet. I don’t think about it much once I’m out of the meeting. One thing I learned from all my years in TV: it’s all just talk until you sign papers and get a check.

Do you think the Ex– books would work best as a movie, a TV show, or as video games?

God, I don’t know. There’s plusses and minuses to every form. Movies give you the budget and the time, but television really gives you space to tell a story…alas, now at the whim of a network. Games get the best of both, but video games — in my experience — are a specific kind of storytelling. There’s a reason most of the better game-film adaptations, or vice versa, tend to toss the original plotline and just work with the elements.

If it’s just my opinion, I’d probably lean toward television, just because most of my own experience was there.

Given its origins, has there been any talk of doing a comic book based on the series, either as adaptations of the books or prequels with the superheroes doing the whole superheroic thing?

I get asked about it a lot, the same way you’re asking, but no one’s ever talked to me about doing it. I don’t think we’d ever see it from the big two because they’ve done zombie-superhero stories already, and that means it’d probably have to be something I did myself. And much as I wanted to write and draw comics as a kid, I know it’s a specific form that I have no experience in. I’d have to take time out to teach myself how to do it, and that’s time I’m not doing anything new. So, for the moment, I think I’ll just stick to my field of semi-expertise and each of us can keep that perfect graphic novel in our minds.

Now, the Ex– books are not the only novels you’ve written. You also have 14, The Junkie Quatrain, and The Eerie Adventures Of The Lycanthrope Robinson Crusoe. If someone liked the Ex– books, which of your other ones would you suggest they read next and why? 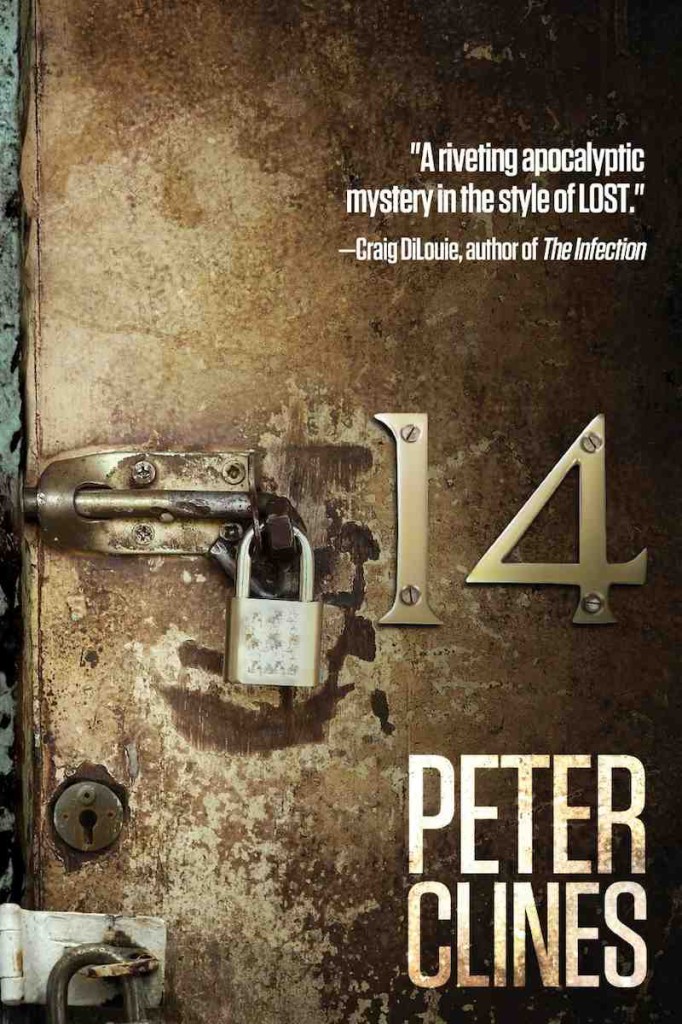 So, what do you consider your favorite comic books, movies, and games?

For comics, I grew up with a lot of stuff like the Incredible Hulk, ROM, Micronauts, and X-Men. Y’know, back when X-Men was just one book that no one outside of fandom had ever heard of. I had a huge run of Amazing Spider-Man that went back into the ’70s, but they completely lost me with Civil War and One More Day. I kept reading Ultimate Spider-Man for a while after that, but now if I pick something up it’s probably like Robert Kirkman’s Super Dinosaur. It’s fun and escapist and it doesn’t read like Kirkman’s desperate to prove that comics are cool.

Movies…man, I could go on for ages about movies. I was a Star Wars kid, and I think Raiders Of The Lost Ark is one of the greatest films ever made. I love the cinematic Marvel Universe. I also love classics like Casablanca, The Maltese Falcon, and The Day The Earth Stood Still.

I don’t game as much as I used to. I’ve cut back a lot since I started writing full time. I think the last new game I picked up was Lego Batman 2.

What about your favorite zombie movies, books, and games?

I think Shaun Of The Dead and Fido are two of the best zombie movies of the past decade. They’re both very true to their premise and their worlds. Slither is fun, as is its unspoken inspiration Night Of The Creeps. It’s kind of cheesy, but I also like Return Of The Living Dead 3. I just like the whole idea of Julie fighting her zombie instincts.

Books? Hmm…David Wellington’s Monster Island has a fantastic explanation for why zombies are mindless. Iain McKinnon’s new one, Demise Of The Living, is amazing. I met him at a convention a few years back, and he’s a funny, wonderful person, but his books are horribly bleak and depressing…in the best possible way. Mira Grant’s Newflesh series is loads of fun. Craig Dilouie has a great series, The Infection, which is sort of fast zombies but much more. I just read Peter Stenson’s Fiend a few months ago, which is about meth addicts surviving the zombie apocalypse, and that back and forth between funny and heart-wrenching. 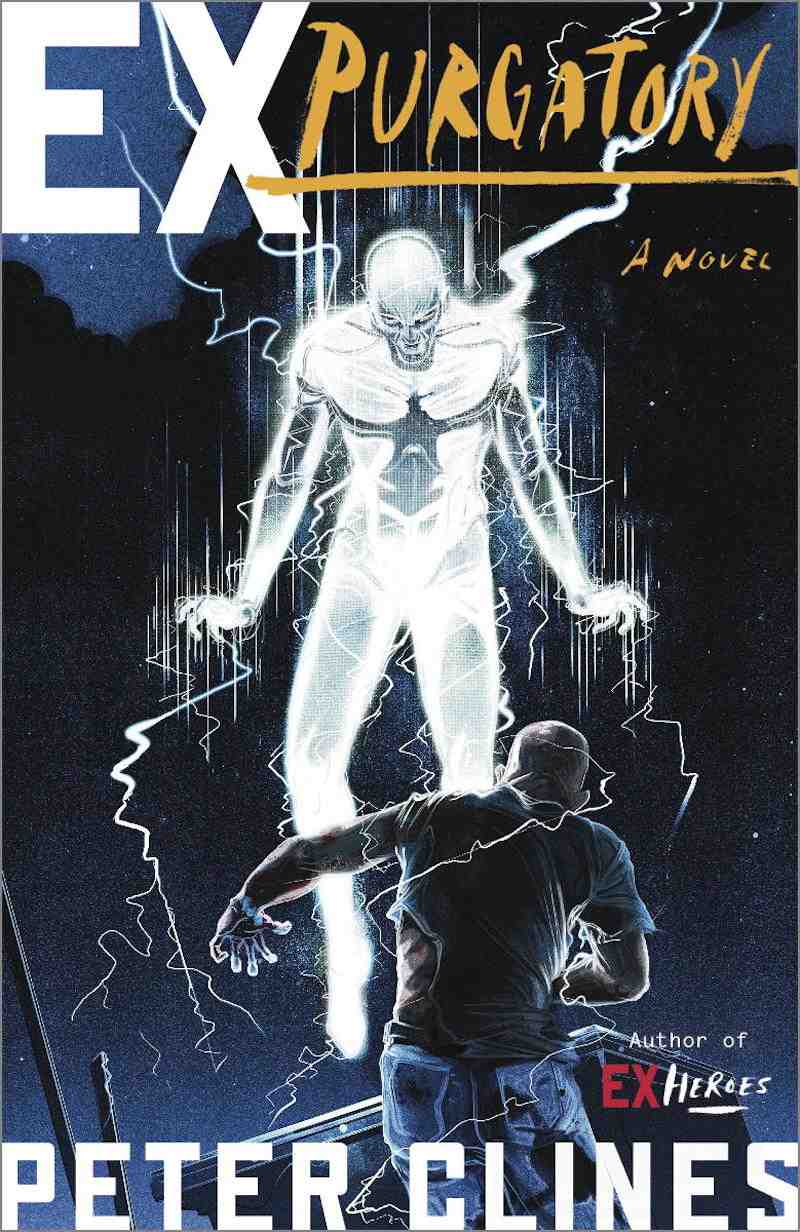 Yeah, I read Fiend, too. It was pretty good. Finally, if you had to pick an existing superhero  —  Marvel, DC, or otherwise  —  to be during a zombie apocalypse, who would you want to be and why?

Well, Marvel did have that Godzilla series for a while, and the Shogun Warriors…

Despite my great love of Spidey, I’d probably have to go with someone more in the invulnerable/heavily armored vein. Which, granted, there are dozens and dozens of. Some version of Iron Man or maybe Colossus.

Actually, you know who’d be great? Doctor Doom. He’s fully armored and protected, plus he’s got the knowledge to work on a cure or containment, depending on what this particular zombie apocalypse calls for. 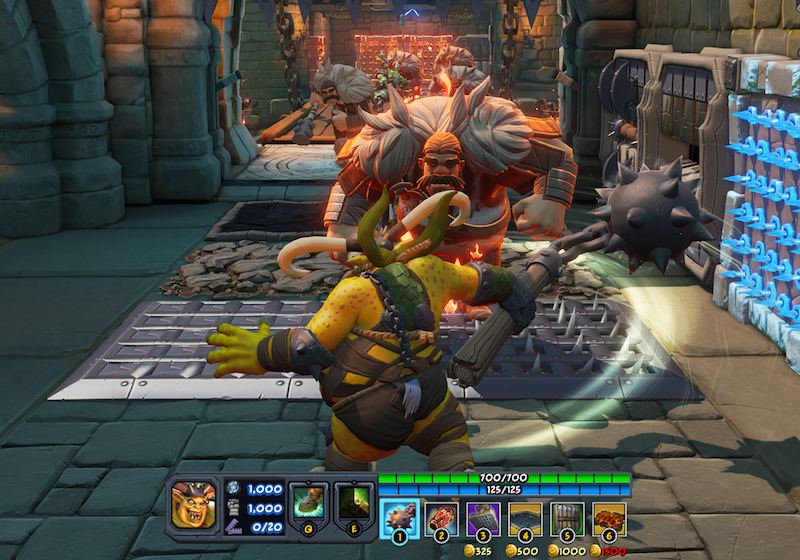 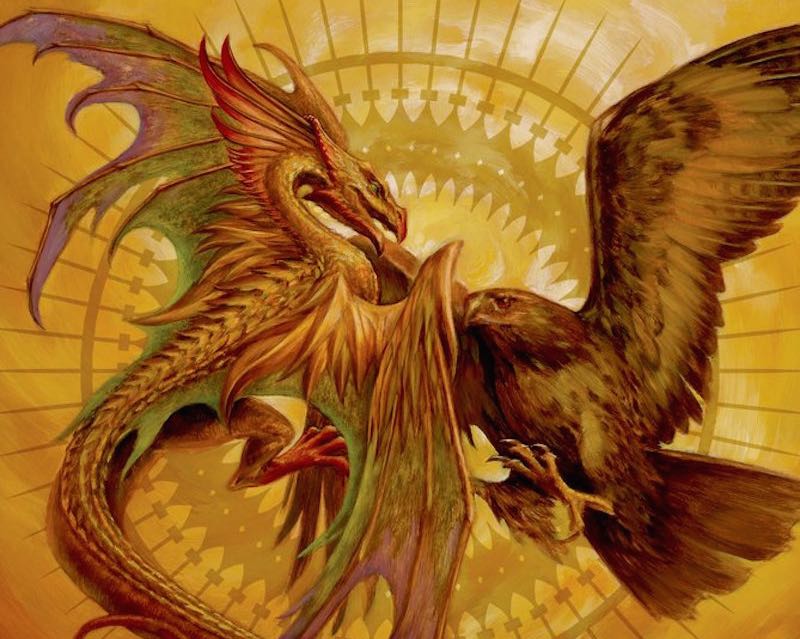 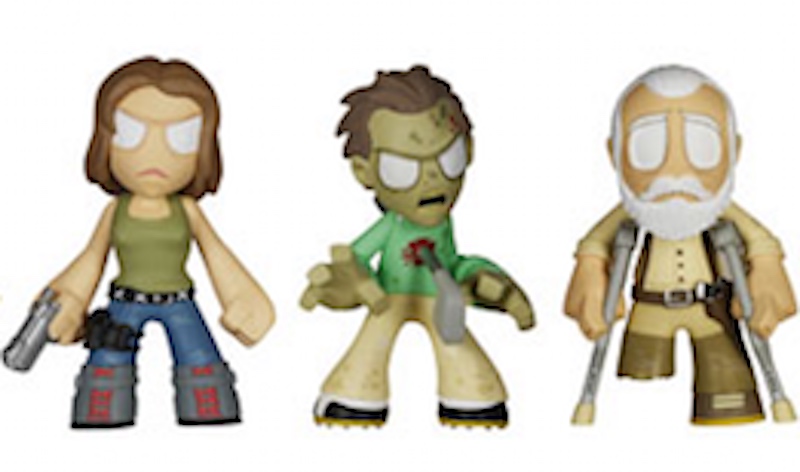