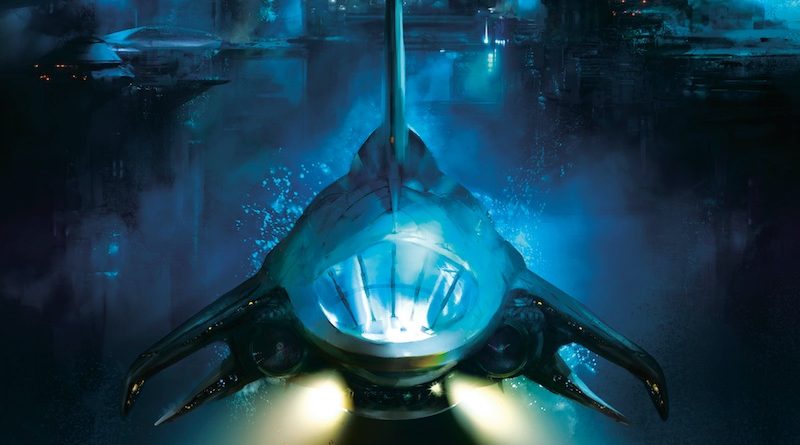 Last year, writer Suzanne Palmer introduced us to space ship repossession specialist Fergus Ferguson in her cheeky sci-fi caper novel, Finder. Well, as they say, you can’t keep a good man down…or a man who tries really, really hard to be good. And so we have Driving The Deep (hardcover, audiobook, Kindle), the second in Palmer’s The Finder Chronicles. In the following email interview, Palmer discusses what inspired and influenced this second story, as well as her plans for this series going forward. 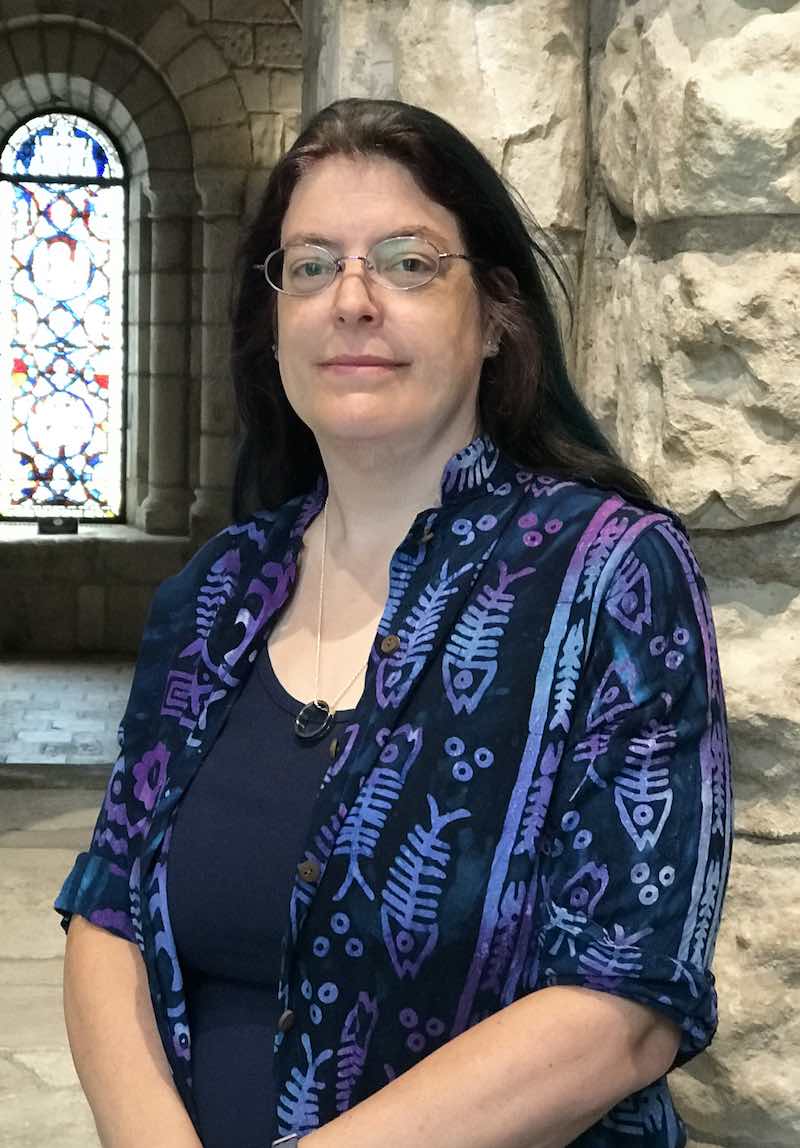 For people who didn’t read Finder, what is that novel about, and when and where is it set?

Finder takes place in the 25th century, and is the story of interstellar repo-man Fergus Ferguson, who had arrived at a backwater deep-space settlement named Cernee to find and take back a stolen spaceship. While there, he gets caught up in local events — some of which he has unwittingly precipitated — and becomes more vested in the people of Cernee than he intends or expects. Add in an encounter with some very scary neighborhood aliens, and his simple job becomes anything but.

And then what is Driving The Deep about, and how does it connect, both chronologically and narratively, to Finder?

Driving The Deep takes place almost immediately after the end of Finder. Fergus has returned the stolen ship, Venetia’s Sword, to its proper owners at the Shipyard of Pluto, and having been forced through some self-examination after the events of Finder, he’s hanging around there with his friends, avoiding doing things he’s come to realize he needs to do to face his past. When he finally makes the attempt to put those things behind him, it’s his present that collides with him as the Shipyard is attacked and his friends are missing.

When in relation to writing Finder did you come up with the idea for Driving The Deep, and how, if at all, did that idea change as you wrote it?

I am not a particularly great planner, preferring to let a story carry me along where it wants to go, so when I was wrapping up the final drafts of Finder, all I really knew for sure was that Fergus had, over the course of that book, gone from someone very much on the run from himself to needing to understand who he was, reconciling his past with the unexpected changes made to him by the alien Asiig. His friends at the Shipyard had always been a comfortable waystation for him between Earth and his life as a Finder, and I wanted to explore both who they were and what their friendship meant to him. With their disappearance, he needed someone around to needle him, so Detective Zacker popped into existence. Enceladus was an opportunity to explore somewhere really interesting I wanted to know more about that fit really well with the needs of the story and Fergus’s insecurities.

Finder was a sci-fi caper story with some elements of space opera. Is that how you’d describe Driving The Deep as well?

I think that’s still true, although maybe there are also some thriller elements with being trapped underwater, and under ice.

Finder also had some situational humor in it. Is Driving The Deep humorous, too?

I like to think so, though humor is so subjective already to readers, and as a writer, by the time you’ve read a passage through several dozen times during drafting and editing, you no longer really know if it’s funny or not, or if anyone else will think so.

This one might be a little darker, in terms of humor. Although I also wanted to offset some of the darkness of the story itself with moments of lightness. I like to hope I was successful at balancing those.

Are there any writers, or maybe specific stories, that were a big influence on Driving The Deep but not on Finder?

Not so much directly, but when I first wrote Finder I didn’t know if it was going to go anywhere, or that I would be revisiting Fergus again. When I did know he was going to have a couple of sequels, I thought a lot about series where the subsequent books really worked, not just as a continuation of a character arc and themes, but also added to the world around the character in a meaningful way. Elizabeth Bear excels at this, along with Martha Wells and John Scalzi, who all do different things I really love as a reader. I also thought about other series that I eventually drifted away from, and why they lost me, and tried to make different choices. 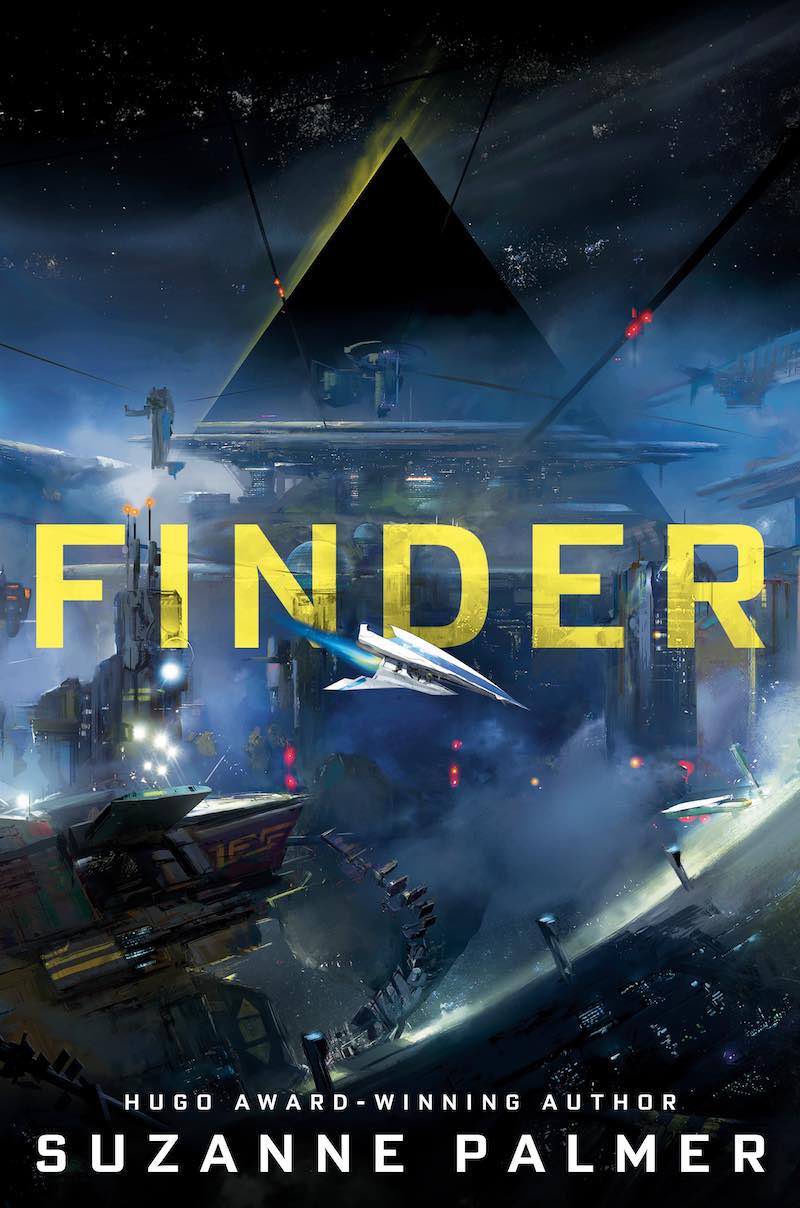 What about movies, TV shows, or video games; did any of them have a big influence on Driving The Deep?

One of my favorite movies is Hunt For Red October (can’t help it, submarines are cool) and there were definitely times when I was sitting back trying to visualize a scene and how Fergus was feeling trapped in the dark and underwater that I thought about that movie, and The Abyss, and other great movies.

There’s also a piece of music that was very much on my playlist as I was working, which is the instrumental piece “Coelacanth“ by Shriekback [from their 1985 album Oil & Gold]. It has a wonderful, lonely, lost in the deep feel to it.

Now, in the previous interview we did about Finder [which you can read by clicking here], you said that while that novel was a stand-alone story, you had plans for two more books, and maybe even a third. You also said the second novel in The Finder Chronicles was going to be called Undertow. First off, is Driving The Deep that book?

It is. One of the challenges of one word book titles is that it’s virtually impossible to find one that hasn’t already been used, and usually a lot. I found that with Finder, and was concerned about title overlap again, as well as getting trapped into a pattern of one-word titles. So with my editor’s blessing we changed titles, and I think Driving The Deep much more suits the book.

And also, what’s the plan now for this series?

Well, the world is being very weird and scary right now, but the third book is moving along, and takes Fergus more firmly back to Earth for a while. I continue to hope to get a chance for a fourth book, but I also have some stand-alone ideas without Fergus (though set in the same universe) that I would also like to explore.

You also said in that previous interview that some of your short stories had tangential connection to Finder, and that you were “Absolutely” thinking of writing more. Are you still planning on doing that?

Over of a dozen of my short fiction is set in the same universe as The Finder Chronicles. This is probably less about having started out with a plan for any kind of coherent meta-narrative, and more about writing a story and feeling like there were places or characters that I wanted to explore more, in the context of a different tale, or characters that had already had a full story but where I wanted to just drop in on them quickly to see where they’d gone in the meantime. That’s maybe not satisfying as answers go, but I like that there’s this whole sort of background fabric that’s slowly filling in.

Earlier I asked if Driving The Deep had been influenced in any way by movies, TV shows, or video games. But has there been any interest in adapting Driving The Deep or Finder or both into a movie, show, or game itself?

There have been a few conversations about it but nothing officially in the works. Yet, one hopes.

And is your preference still for it to become a series of movies with James McAvoy [Split] as Fergus, Chiwetel Ejiofor [Doctor Strange] as Harcourt, and Katey Sagal [Sons Of Anarchy] as Ms. Ili.

Yeah, that would be awesome. I think they’d knock it out of the park. 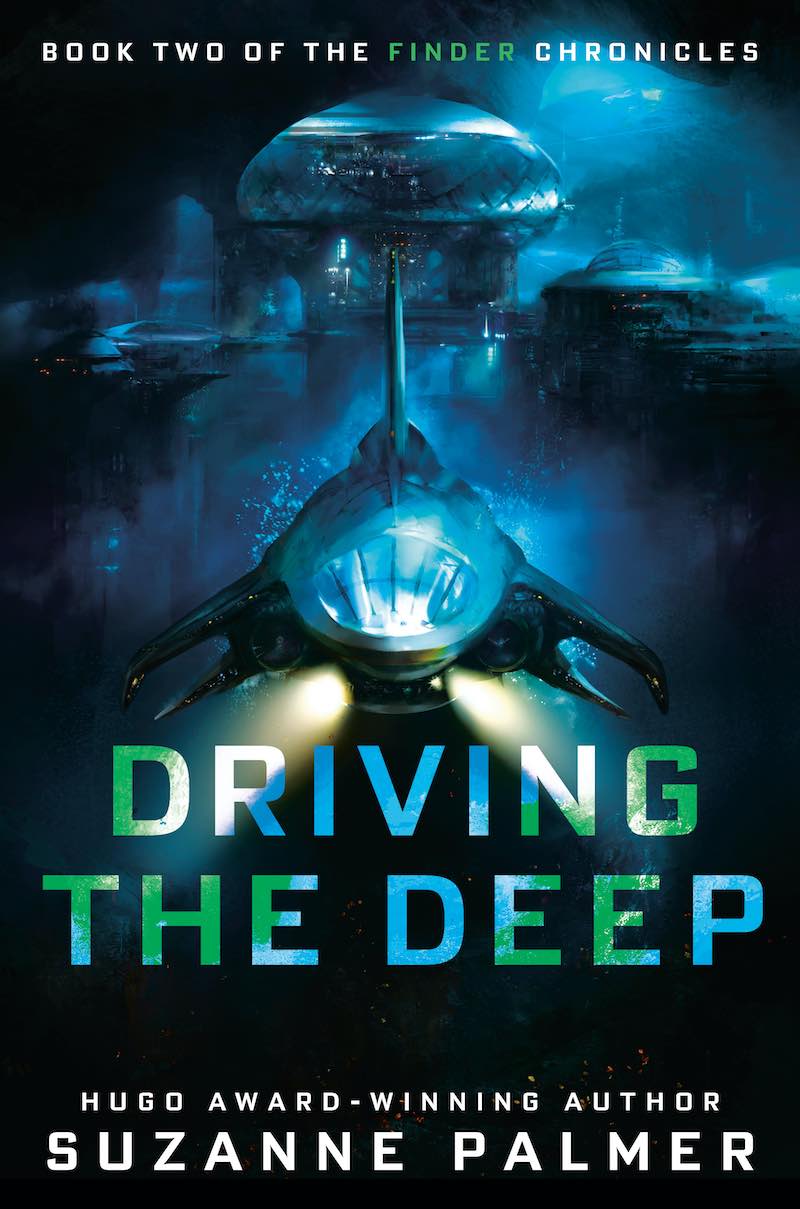 Finally, if someone enjoys Driving The Deep, and they’ve already read Finder, what similar sci-fi novel of someone else’s would you suggest they read next? Oh, and since I asked you this same question last time, let’s limit your answers to something that came out since Finder was released.

I just finished Elizabeth Bear’s Ancestral Nights, which came out around the time Finder did, and I enjoyed it immensely. And there’s a new Murderbot book out by Martha Wells [Network Effect]. Charlie Jane Ander’s The City In The Middle Of The Night has some absolutely gorgeous world-building that I hope to see more of. Between writing, a full-time day job that just got a lot more complicated, and being a parent, I am perennially behind in my reading, but look forward to taking a nice long break and catching up on some books after the third Finder book leaves my hands. 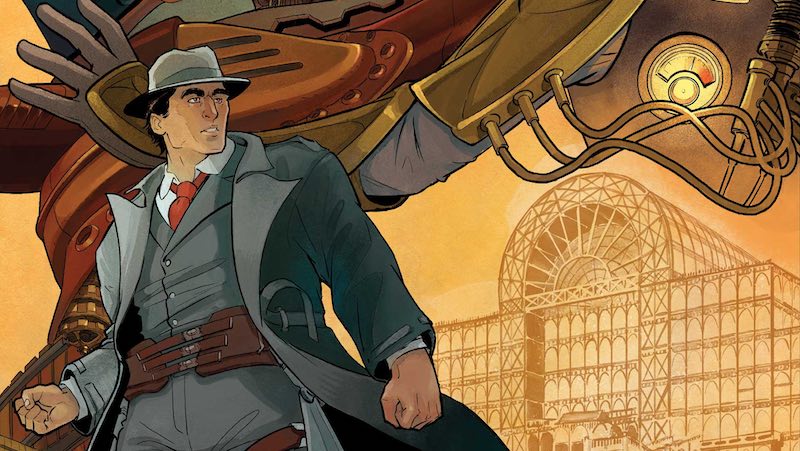 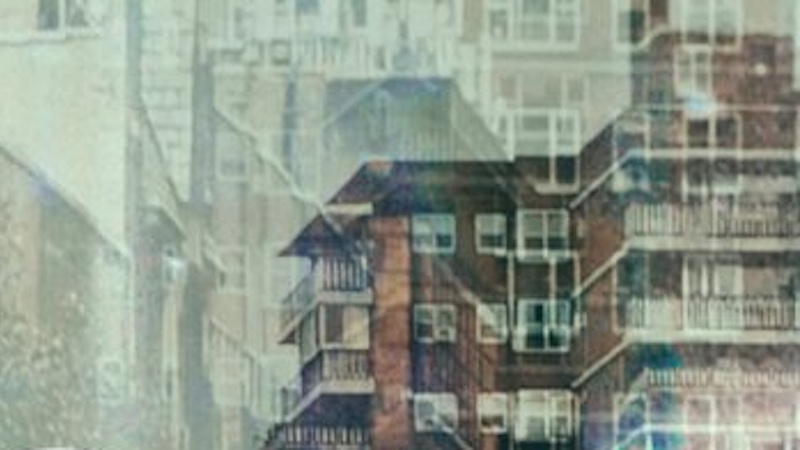 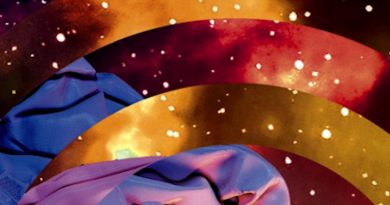