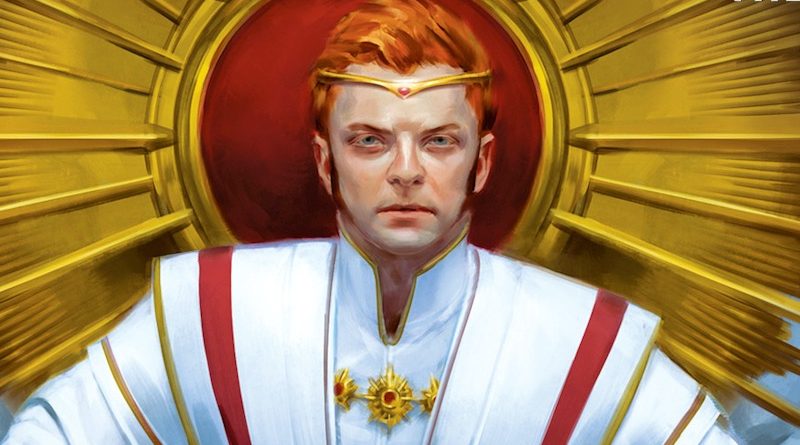 In Empire Of Silence and Howling Dark, the first two books of The Sun Eater series, writer Christopher Ruocchio presented a sci-fi space opera story that was like if Frank Herbert had returned the favor and written a Dune sequel influenced by Star Wars. In the following email interview, Ruocchio discusses Demon In White (hardcover, Kindle), the third book in The Sun Eater saga, as well as the lite novel The Lesser Devil (paperback, Kindle, audiobook), a side story to this series. 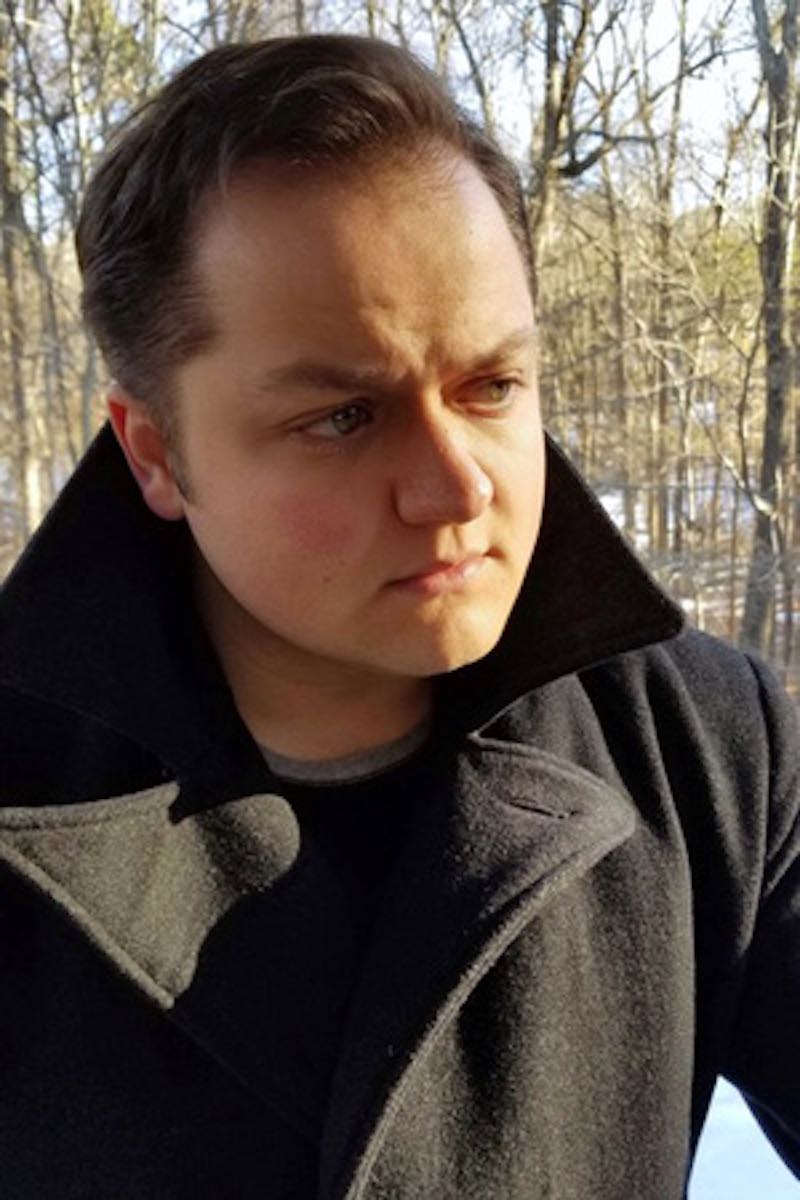 For people who haven’t read any of these books, what is The Sun Eater series about, and when and where is it set?

The Sun Eater is a space opera adventure series set about 20,000 years into our future, in a time when mankind has colonized about a third of our galaxy. Our hero is Hadrian Marlowe, the estranged son of a noble house who left his home to become a scholar and to understand and interact with alien cultures. His goal had been to make peace with the Cielcin, a species of spacefaring marauders who have been pillaging the borders of The Empire for centuries. The series is written like a memoir, and on page one Hadrian reveals he is the man who ended this war and defeated the Cielcin. His story is why and how and about all the things no one knows. One critic called it “Gene Wolfe’s Dune,” I like to say it’s “like Star Wars if Anakin’s becoming Darth Vader was the right thing to do.”

And then what is Demon In White about, and how does it connect, both narratively and chronologically, to the previous book in The Sun Eater series, Howling Dark?

Demon in White is book 3, so it’s the continuation of Hadrian’s story. The conceit of the series (and it’s an old conceit) is that these are Hadrian’s journals of what happened, from his perspective, and this volume picks up several decades after Howling Dark. Hadrian is 113 when the series starts, still a young man by the reckoning of the Imperial aristocracy, but at the same time quite old and weary. He’s not the impulsive, optimistic young man we knew in the first couple books anymore. He’s in quite a different place, and that will be something that’s fun to see as we move forward in the series. He’s older, wise, more competent, more severe — more Vader than Anakin, to carry the analogy forward — and I think simultaneously more admirable.

When in relation to writing the first two books, Empire Of Silence and Howling Dark, did you come up with the idea for Demon In White, and how, if at all, did that idea change as you wrote this story?

That’s an interesting question. Since this is a memoir, Hadrian kind of gave us something of the endpoint on page 1 of the series and that means the beginning and end have always been fixed points to a certain degree. Book 3 here probably was the one with the most flexibility and uncertainty. This and book 4 were originally meant to be one volume, but there was just no way that was going to be possible. So when the split happened I retooled things to suit the two-volume structure so each half became a new and complete whole. The basic major points are all still as envisioned, but the structure supporting them got moved around.

Empire Of Silence and Howling Dark mixed elements of sci-fi space opera and epic fantasy. Does Demon In White do this, too?

Oh, absolutely. Blending sci-fi and fantasy is sort of my thing at this point, and to abandon that mid-series would be a grave error. Though Howling Dark did have elements of the Gothic novel and some cyberpunk tropes, while this one runs in something of a different direction. We sort of marry the Imperial world of book 1 with the beyond-the-Empire stuff in book 2 here, and with that there come elements of the political thriller and the sort of Sinbad-esque adventure romance. Dark as the last book was, I wanted to do something simultaneously a bit more swashbuckling and a bit more political. 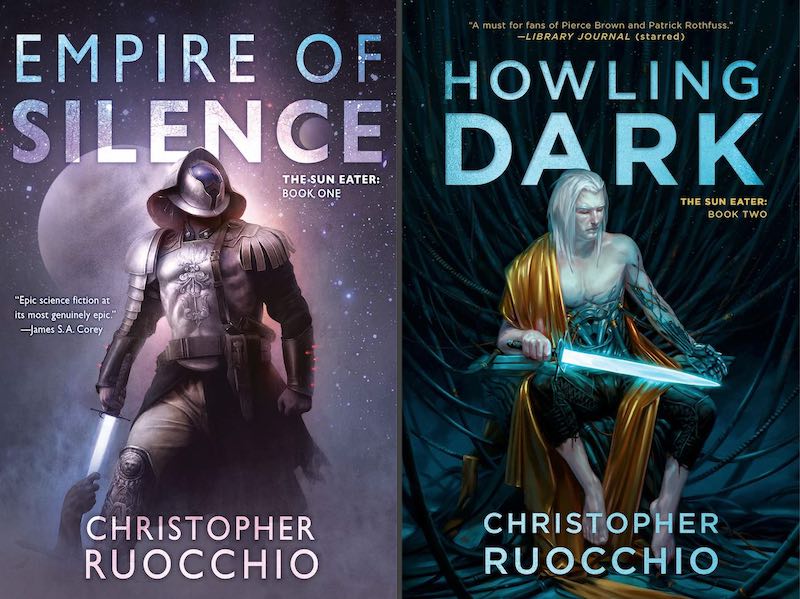 Are there any writers, or specific stories, that had a big influence on Demon In White but not on Empire Of Silence and Howling Dark?

The only thing that comes to mind is that there’s a big, obvious reference to an early twentieth century sci-fi dystopia novel called Lord Of The World by Robert Hugh Benson, one which I hope leads more people to read that old book.

But more generally, with each new facet of the universe we visit, I like to bring in the tropes and structures of different genres. With Howling Dark it was Gothic lit and cyberpunk, with this one it’s the adventure romance and the political thriller, and using these different flavors I hope gives each book a distinct flavor.

What about such non-literary influences as movies, TV shows, and games; did any of those have a big influence on Demon In White? Besides Star Wars, of course.

The nature of the Imperial Capital — the Eternal City on Forum — owes a lot to the art direction in a GameCube-era RPG series called Baten Kaitos, for one. Fans of classic heavy metal music may recognize some allusions to Black Sabbath, Iron Maiden, Savatage, and especially Dio in chapter titles or the odd phrase. Hadrian’s universe has a very heavy metal sensibility to it — at least to my mind — and I like to allude to these things as a way of showing my sources; an acknowledgment of those things that influenced me.

Along with Demon In White you also recently put out another book in The Sun Eater series, The Lesser Devil. What is that story about, and how does it connect, both narratively and chronologically, to the novels?

The Lesser Devil is a quick side story told from the perspective of Hadrian’s brother, Crispin, whom we last saw in the first book. It’s set during the gap between Hadrian’s departure from his homeworld, Delos, and his arrival on Emesh in Empire Of Silence. It’s a totally separate plot, and throws Crispin into a desperate scramble for his life and the lives of his family. You can read it totally separate from the main series, or even first — though I’d recommend maybe checking it out between Empire Of Silence and Howling Dark. 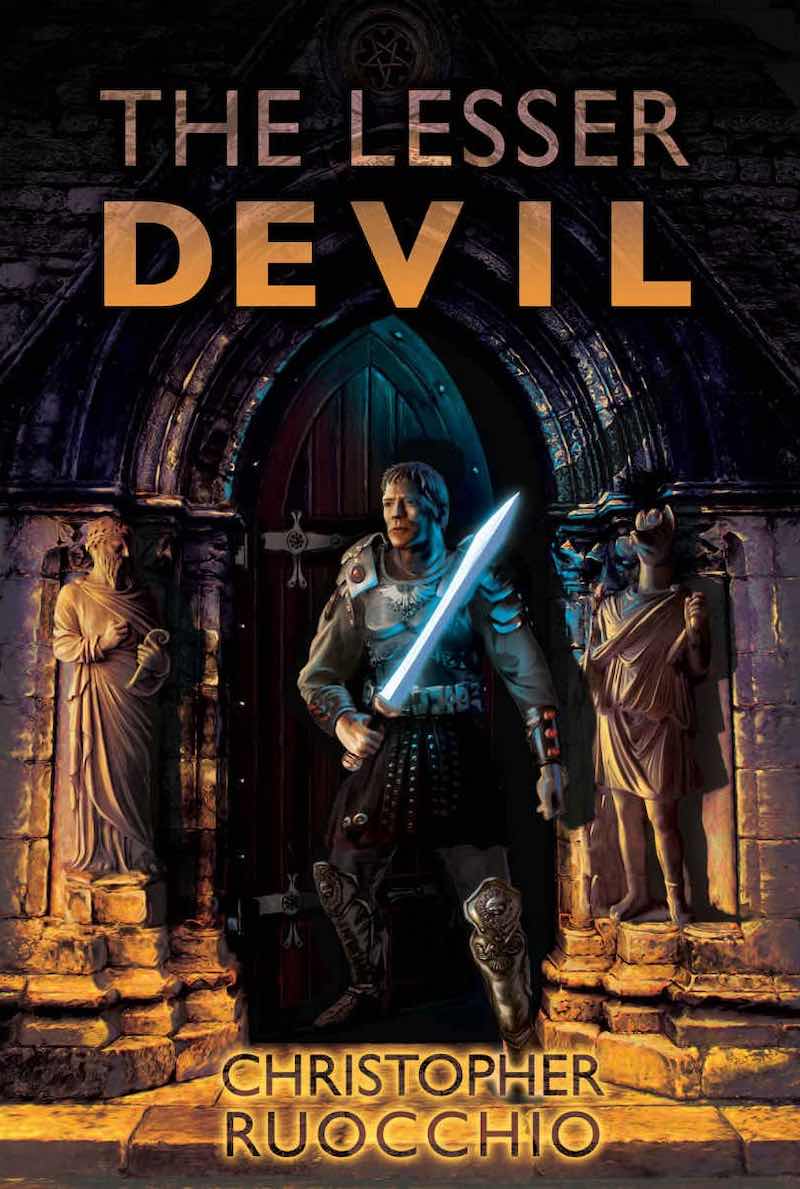 Given their close release dates, is it safe to assume you wrote Demon In White and The Lesser Demon either at the same time or back-to-back?

I actually wrote The Lesser Devil in about a month late in 2018. I’d turned Howling Dark in April of that year, before Empire Of Silence was even published, and didn’t start Demon In White until January 2019. I found myself at the 2018 Worldcon with no programming and few friends, so I spent most of the convention away from the con itself (I’m not comfortable at conventions, to be honest), and wrote most of it in that week I was in California. It just took so long to get out primarily because I had no idea how to self-publish a book, and had a lot to learn.

Now, in the previous interview we did for Howling Dark [which you can read by clicking here], you said The Sun Eater series was going to be five books long, but there were also going to be short stories, lite novels, and spin-offs. Is The Lesser Devil one of the five or is it one of the other things? Or something else entirely?

The Lesser Devil is emphatically not one of the five. It’s one of those lite novels I mentioned, hopefully the first of many (the next I hope will be from Valka’s point of view).

And is the plan still for The Sun Eater series to be five novels?

That is absolutely still the plan. Five books will see Hadrian’s story from start to finish. Book Four is about 35% done right now, and I’m tracking for completion in October of this year. The pandemic really sapped my will to live and slowed me down. I meant to be done by August, but it’s still on track for a July 2021 release, with the fifth book in summer 2022. After that, who knows?

You also said in that previous interview that you’d written a couple short stories in The Sun Eater series. Has there been any thought to collecting them into a, well, collection?

I would love to, but I don’t quite have enough in print for a full book yet. I have I think…6 stories in various places right now (mostly Baen Books anthologies), with another 5 or so coming fairly soon. My hope is that by the time I finish book 5 my publisher will have an interest in collecting them for publication, and that can buy me a little time as I transition to whatever post-Hadrian story comes next. 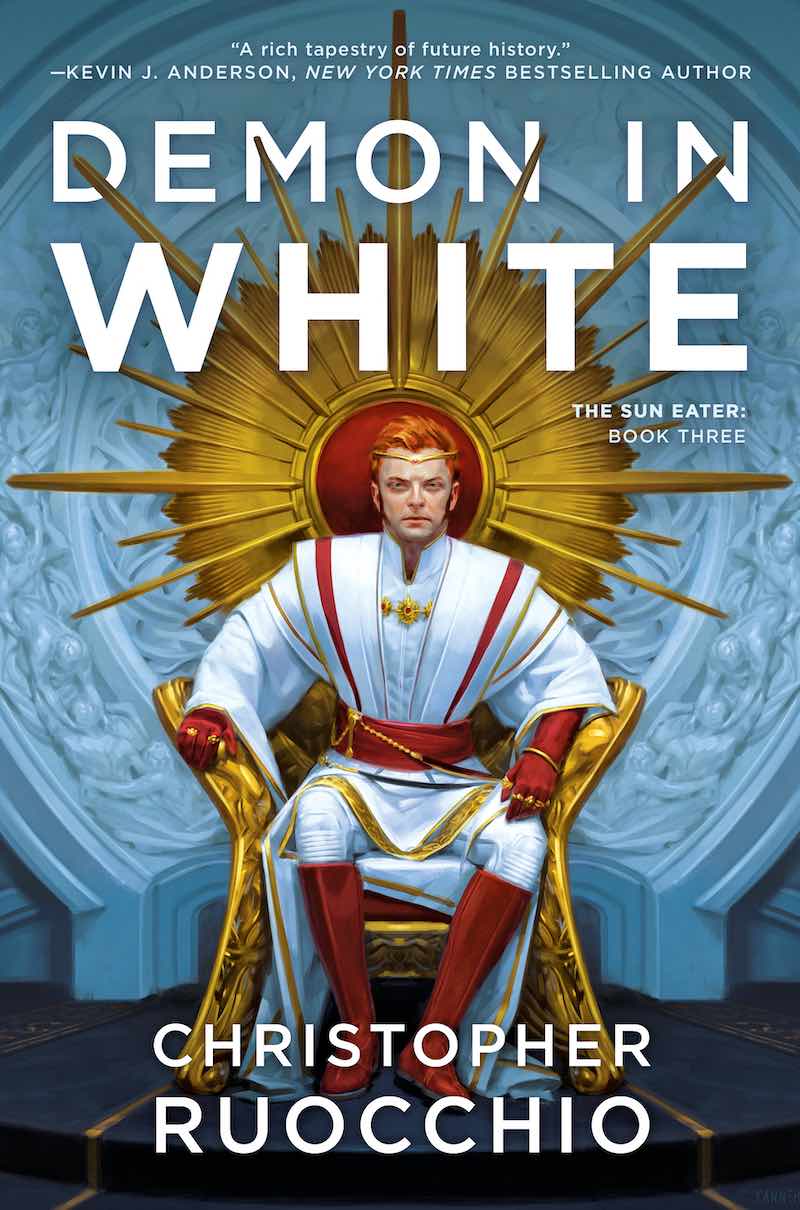 Finally, if someone enjoys Demon In White, they’ll probably want something short and sweet after reading that nearly 800-page epic. So, what sci-fi space opera or sci-fi fantasy stand-alone novella would you recommend they read as a chaser and why that?

Well, we’ve touched on The Lesser Devil a bit already, so if you’re looking for something Sun Eater-related to cover you until Book Four comes along next year, you should check that out. I’m really hoping to have the Valka one written for next year, since it’s set between books 3 and 4, but we shall see. I owe Baen some Hadrian novelettes as well for release next year. More on those as they develop. 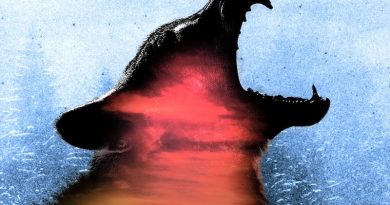 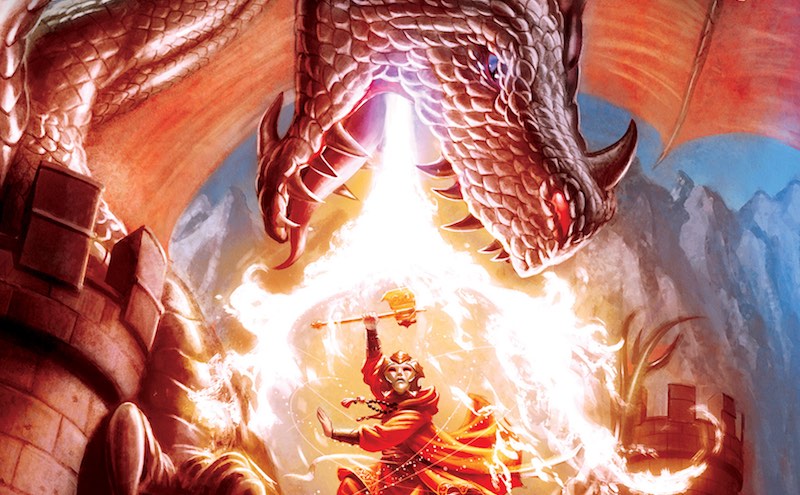 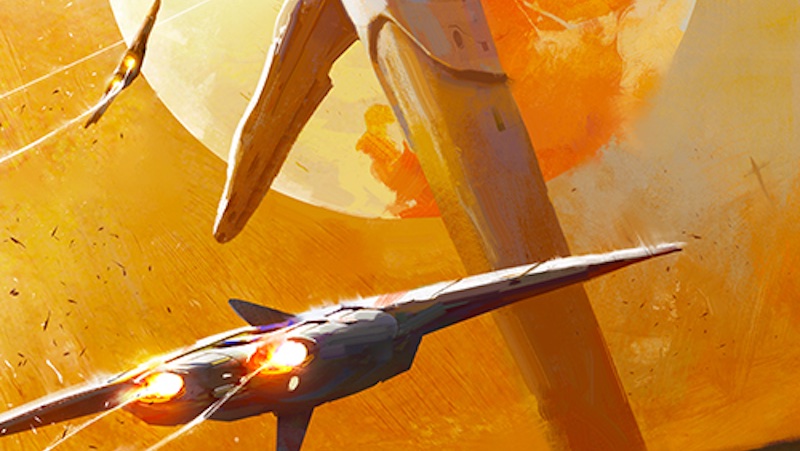