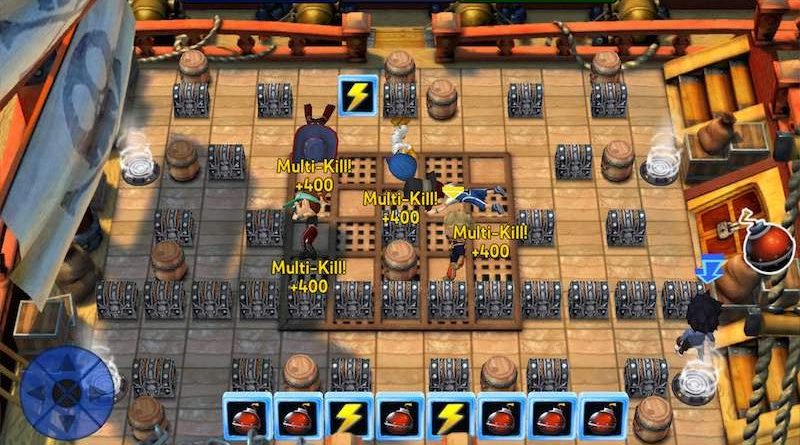 One of the irritating things about being a game journalist is when developers say their game is unique when it clearly isn’t. “Yeah, it’s a sci-fi first-person shooter, and you wear power armor and talk to a blue hologram lady…but it’s nothing like Halo.” Which is why it was a relief to interview Blast Zone! executive producer Christopher Pfeiffer about his — by his own admission — Bomberman-esque game for iOS, Android, and Amazon devices. 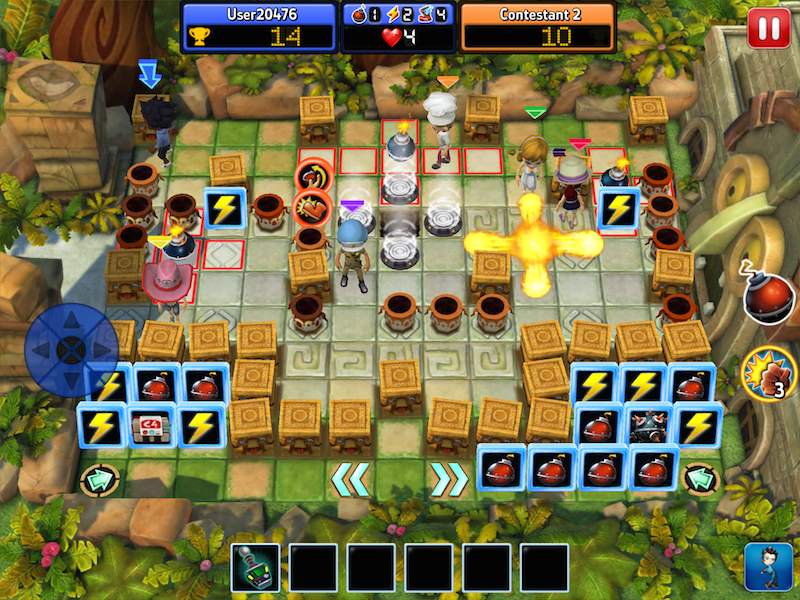 Let’s start with the basics: What is Blast Zone! and how do you play it?

Blast Zone! is inspired by the absolute best Bomberman-style games. It is a fast-action game where you quickly navigate mazes, discover awesome power-ups, and bomb your opponents. Many of us have been fans of this type of game since the ’80s, and we’re excited to be bringing the biggest game of this type to date to mobile devices.

So it’s not based on the BlastZone brand of inflatable bouncy houses or the Skylanders character Blast Zone?

Ha! No. Blast Zone! is the name of the game show that is at the center of the game’s story. In the single player campaign, you’ll play through each season of the show, battling wacky robots, crazy contestants, and epic bosses to become the grand champion.

Then where did you get the idea for Blast Zone! from, and what other games do you think it’s similar to?

We were inspired by the over seventy existing Bomberman games that have won so many fans over the years. There’s been a hunger for that kind of fast-paced strategic gameplay on mobile devices. We started with the core gameplay that everyone loves, and took it to the next level by adding a host of awesome new features, jump pads that fling players across levels, switches, and a whole lot more.

But we also took inspiration from a massively popular Asian free-to-play game called PaoPaoTang, which demonstrated how this core Bomberman-style gameplay could be expanded to be a deep, free-to-play multiplayer and single player experience that players can enjoy and explore for years.

We combined the best aspects of these games, and then put our own spin on things, to bring this style of gaming to iOS devices with modern high resolution visuals, customizable characters, frenetic gameplay, socials features, and a deep progression that will keep players coming back for more.

What about the art, what were the big influences on the art style?

The art style has a cartoony flare to match the frenetic and wacky gameplay. In each season of the game show, you play through levels themed as a pirate ship, zombie graveyard, candyland, and more.

When it comes to the characters, we wanted players to be able to create Blast Zone! versions of themselves, or just have fun crafting the crazy avatar they always wanted. Players can play as male or female characters, and can customize clothes, bodies and faces to get the exact look they want. They can even adjust the individual colors of each piece to really get the perfect look. If you want to play as a vampire, a sumo wrestler, or a certain Korean pop star, this game will let you do it. 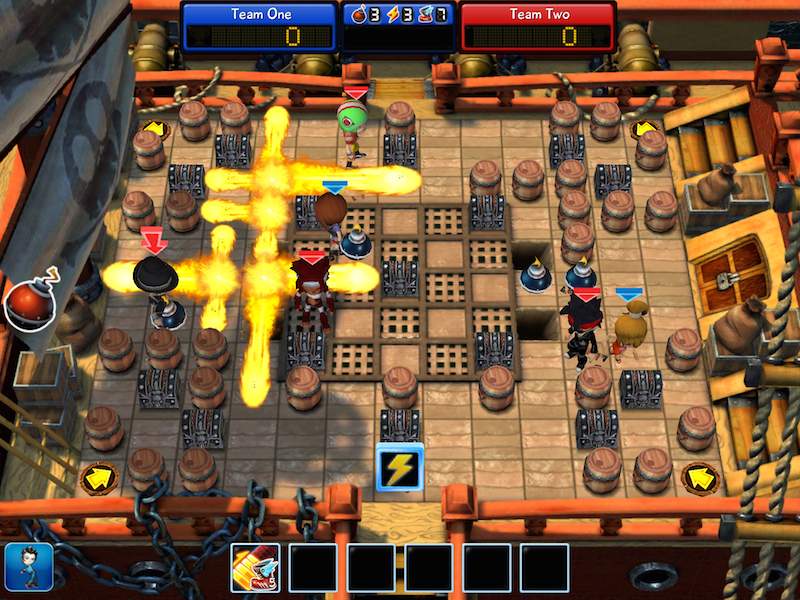 Besides the single-player mode, Blast Zone! also has some multiplayer modes. What are they and how do they work?

We have eight multiplayer modes. “Free-For-All” pits all six players in player-vs.-player action, where the last contestant standing wins. In “Team Deathmatch,” players work together with their teammate to take out the other team. In “Coin Collect” mode, the player the who picks up the most coins wins. In “Bomb Blast,” your bomb explosions paint the game board your color and the player with the most tiles at end of the match wins. In “King” mode, each team has two guards and a King, and the guards must protect their King while taking out the opponent King. In “Zombie” mode, death means turning into a flesh eating zombie to hunt surviving players. And finally, “TD Respawn” and “Team Respawn” are like “Free-For-All” and “Team Deathmatch” on steroids. Players respawn three seconds after they are killed, so the action is non-stop until the time limit is reached and the winner is determined by total kill count.

Are there any rules to the game that apply in single-player but not multiplayer, or vice versa?

In addition to the game modes in multiplayer, the single player campaign has lots of robotic enemies, puzzles, and huge variety of strategic gameplay.

Neat! Blast Zone! is free-to-play, but also has transactions. What kinds of things can be people buy?

People can purchase new clothes and items to customize their contestant. In addition, there are convenience items for power players to give them more control over their multiplayer experience. The game has a deep progression system, so characters get stronger over time. Players have the option to purchase boosts that give them an extra edge to speed up their progress or get them through a tough spot. And at the same time, we also offer “Boost Blocker” that lets the game room host of a multiplayer game ensure 100% perfectly balanced gameplay that relies on skill alone.

Why did you decide to go with this kind of pay plan?

The free-to-play model lets everyone around the world play for free.

But this game is most fun when played with friends. Everyone is invited to join the community, make new friends, and have fun blasting each other. We believe that the fun gameplay, deep progression, and social features will keep players coming back for more. And that people that love playing Blast Zone! will support it.

Some free-to-play games that utilize microtransactions have come under fire for being too aggressive about making players pay for stuff. What have you done to make sure you don’t piss people off?

In Blast Zone! there is always a way to get the content for free.Purchasable items enhance the experience for players who want them, but we are not pay-to-win. We added the “Boost Blocker” item explicitly for that reason. A lot of time has been spent talking with Bomberman fans, and we’ve responded to their comments to achieve the balance we have in the game.

Since someone will inevitably be arrested for playing Blast Zone! in an airport or federal building, have you already prepared a press release denying culpability, or will you wait until it happens so it’ll feel more spontaneous and like you really are sorry but it’s not your fault?

Ha! We’ll cross that bridge when we get there. The team is currently working on new features, like guilds, and that is taking up most of our time at the moment. 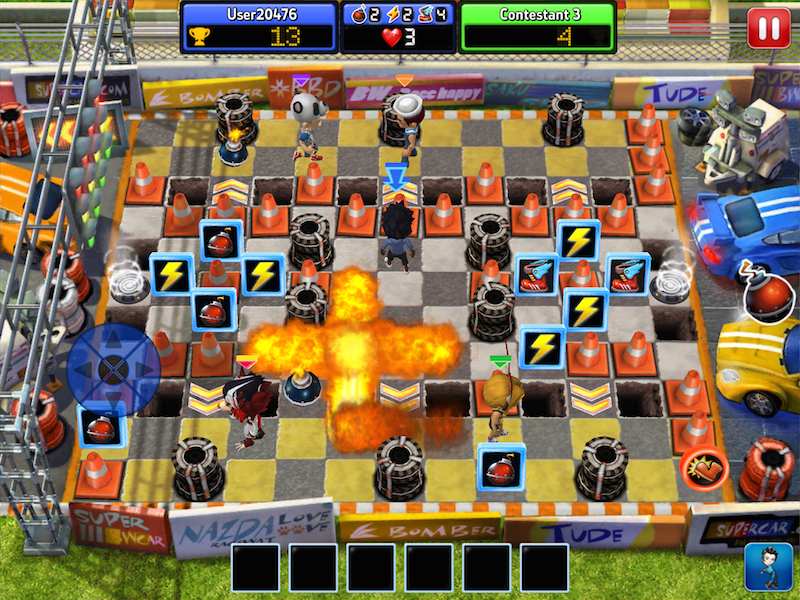 Blast Zone! is not the first game you guys at Kabam have made. If a fan of Blast Zone! ask you what Kabam game they should play next, what would you recommend?

Actually, the team joined Kabam after we already started production of Blast Zone! We were all at an indie gaming company called Balanced Worlds.

But of Kama’s games, Blastron is a great free-to-play, Worms-style game, and it’s pretty darn fun. There’s also Fast & Furious 6: The Game, which is a racing title that’s both beautiful and exciting to play. 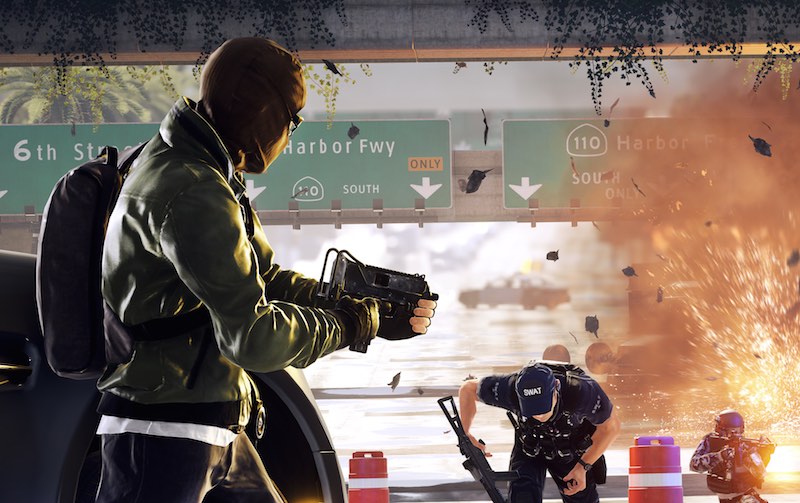 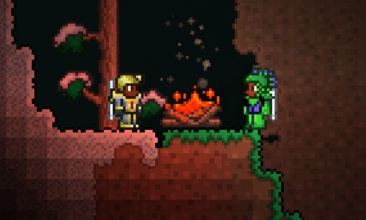 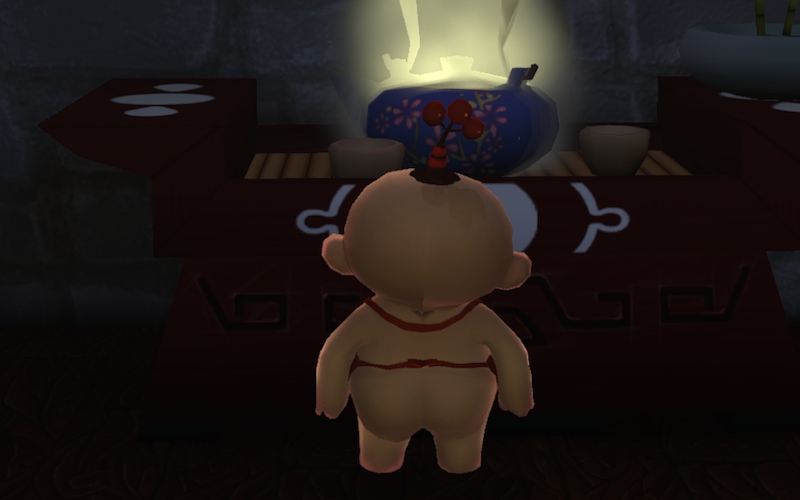