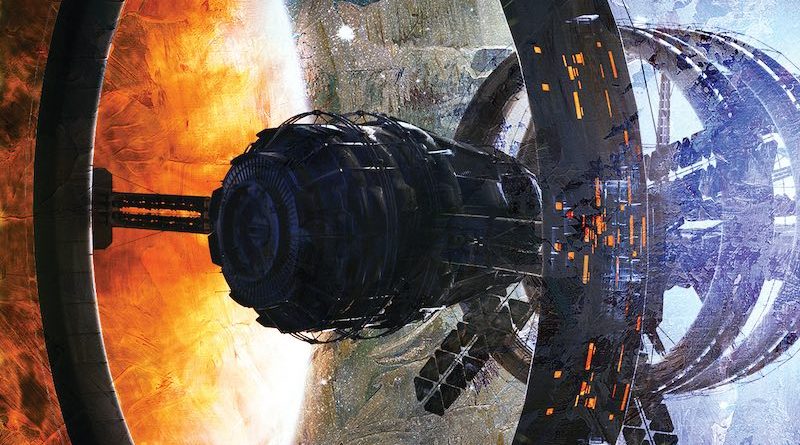 With Ballistic (hardcover, paperback, Kindle), iconic science fiction writer Marko Kloos is continuing the military sci-fi space opera saga The Palladium Wars that he began last year with Aftershocks. In the following email interview, he discusses what inspired and influenced this second installment, as well as his plans for this series going forward. 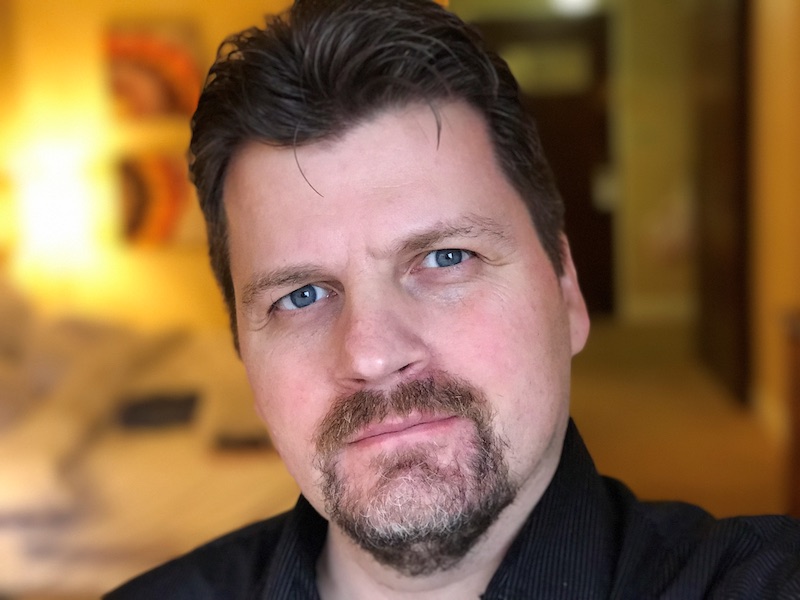 For those who didn’t read Aftershocks, what is The Palladium Wars series about, and when and where is it set?

The Palladium Wars series is set in a future star system that has been settled by humans a millennium ago. The system has six inhabited planets with distinct cultures and ecologies. Some resources are abundant on one planet but scarce or nonexistent on others, so the system economy is strongly interdependent.

Aftershocks starts five years after a war of aggression that broke many of those dependencies and tossed the entire system into turmoil. The planet that started the war ended up on the losing end, defeated by an alliance of the other five planets. The story is about what happens when the shooting stops, and how people deal with the new realities the war has created. There are sore losers, overbearing victors, reeling economies, and the sort of societal trauma that comes from having centuries of social convention and established power structures upended in just a few years.

And then for those who did read Aftershocks, what is Ballistic about, and how does it connect, narratively and chronologically, to Aftershocks?

Ballistic is a direct continuation of Aftershocks, with the same characters, and it picks up just a few months after. Aftershocks sets the stage, so to speak, and Ballistic constitutes Act Two. Act Three, called Citadel, is in the works right now and on track for a 2021 release.

Aftershocks was a military sci-fi space opera story. Is Ballistic as well, or are there other genres that either describe it better or are also at work in this story?

Come to think of it, only two of the four POV characters in the book are completely one or the other. Dunstan is an active duty career soldier in command of a warship, and Solveig is a corporate executive and heir to her family’s business. The other two are sort of between worlds — Aden is a veteran and former POW, and Idina is an occupation trooper teamed up with a civilian policewoman — and they have to navigate both environments. It’s interesting and challenging to have to look at a conflict from four very different backgrounds and viewpoints.

Are there any writers or specific stories that you think had a big influence on Ballistic but not on Aftershocks or any of your other novels?

Ballistic is a continuation of Aftershocks, so they share the same general influences and inspirations. When it comes to describing war and its aftermath, stories from the perspective of a defeated side that was in the wrong are thin on the ground, so I had to read a lot of non-fiction for research and world-building instead, especially stuff that deals with European history in the inter-war years between WWI and WWII, and the post-war years right after WWII.

What about non-literary influences; was Ballistic influenced by any movies, TV shows, or video games?

I can’t think of any conscious direct influences, but I did watch Babylon Berlin while I did the research for the series, and it helped to set the mood for writing about a society that just lost a war of aggression they started — people who now have to live with the consequences of their choices, and the psychological fallout.

Prior to becoming a writer, you served in the West German military. How, if at all, do you think your military experience influenced either what you wrote in Ballistic or how you wrote it?

It didn’t influence me a great deal — certainly not as much as it did the Frontlines books. In Frontlines, the protagonist is in active service, in a specialty loosely related to the job I had when I served, so I was much more able to work in the sensory details and experiences of my own time in the service. The military protagonists in Aftershocks and Ballistic are a little more removed from my area of expertise. They are senior NCOs and officers who have lived through a war, in jobs that see them in charge of dozens or hundreds of personnel. Their decision-making processes are much different from anything I ever had to do while in uniform, so I had to rely more on that time-honored technique called “winging it.” But there are things that stay constant across all jobs in the service, and I always feel that I am able to impart a verisimilitude when it comes to describing a realistic military culture…even if it’s a far-future military in a whole different star system. 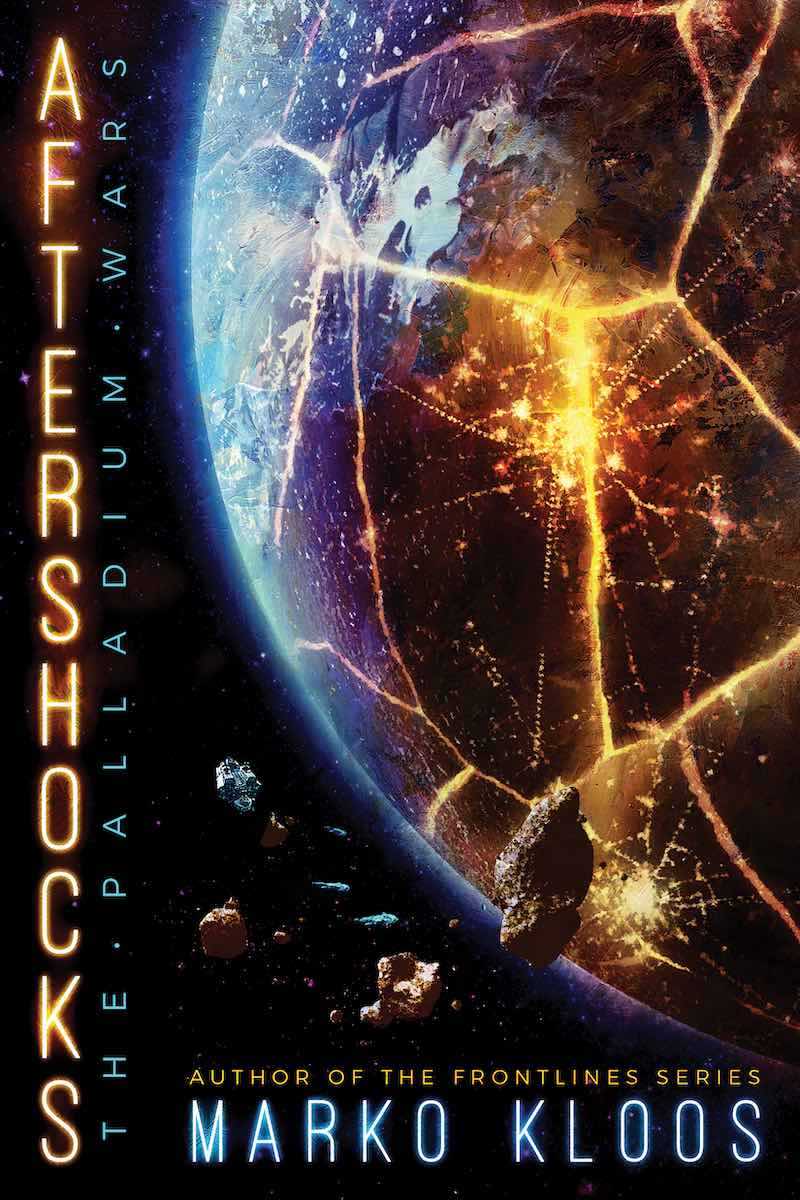 While writing Ballistic, were there any instances where you had to choose between being accurate in the sense of how the military works and telling a good story?

It’s quite often necessary to subjugate some technical and procedural realism to the narrative. But I find that even military vets are forgiving of that sort of thing as long as you stretch the boundaries in a believable and logical manner. There are things you don’t want to contradict: the general feel of military culture, expected behaviors, like the way soldiers react to stupid orders or superiors react to subordination, for example. It’s the little things that have to stay realistic, and if you keep that sort of thing consistent with tradition and expectations, you can get away with the bigger stretches easily. People will shrug off unified Army ranks in a space navy, but they won’t overlook a corporal being sassy with his company commander and getting away with it.

Now, in the previous interview we did about Aftershocks [which you can read here], you said that The Palladium Wars series were connected stand-alone stories. But you also implied that Aftershocks and Ballistic sort of worked as a duology, in that things in the former pay off in the latter. Given that, and the fact that Ballistic is now out, do you think people should read these two books back-to-back or with some distance between them?

I don’t know how I may have given you the idea that they were connected stand-alones. Aftershocks and Ballistic are books 1 and 2 of The Palladium Wars, and they feature the same characters. Ballistic continues all the storylines I laid out in Aftershocks. It takes place three months after the events in Aftershocks, so there’s no problem with reading them back-to-back. In fact, I rather hope that people are going to do just that, and then ask for the next one.

Speaking of which, given that Aftershocks came out in July of 2019, and Ballistic is out in May 2020, does that mean Citadel will be out in less than a year as well?

It will be out in the first half of next year. Right now I am writing two novels a year, and I am alternating between Palladium Wars and Frontlines so both series can see a new release every year from now on. Two months ago I turned in Orders Of Battle, the seventh book in the Frontlines series, which will be released on December 8.

So how much of The Palladium Wars do you have planned out? Like, do you know how many books it will ultimately be, how it ends, etc., or is it less concrete than that?

I have a general story arc sketched out in my head, but if there’s one thing I’ve learned while writing the Frontlines series, it’s that the tale often grows and changes in the telling. Frontlines was supposed to be a trilogy, and I just finished book number 7, so you can see how precise my powers of prediction are when it comes to series length.

Palladium Wars is a third-person narrative with multiple POV characters, so I have a lot more flexibility than I do with Frontlines. If I feel that the story requires it, I can drop POV characters and add new ones. And the story is basically the inter-war period between WWI and WWII set in space, so there’s a lot of potential for a very long series. I guess in the end it depends on how well readers like this world and its characters.

During the previous interview we did for Aftershocks, you said there hadn’t been interest yet in adapting The Palladium Wars into a movie, TV show, or video game. Is that still the case?

The Palladium Wars series is just now getting off the ground (I feel that I hit my stride with Ballistic), so the world and the storylines of the characters aren’t as developed and fleshed out as the Frontlines universe yet. Frontlines has been going on and selling well for seven years now, so there’s a much bigger fan and reader base, and therefore a lot more eyeballs on the material. I had two stories in last year’s Love, Death & Robots on Netflix because the director, Tim Miller, had read Frontlines and asked me for shorter material to use in his new project, for an example of the reach of an established series. So far, we’ve had considerable interest in Frontlines, but no TV or movie bites on Palladium Wars yet. I hope that will change as the series grows and acquires a bigger reader base. You never know on whose desk your books end up. 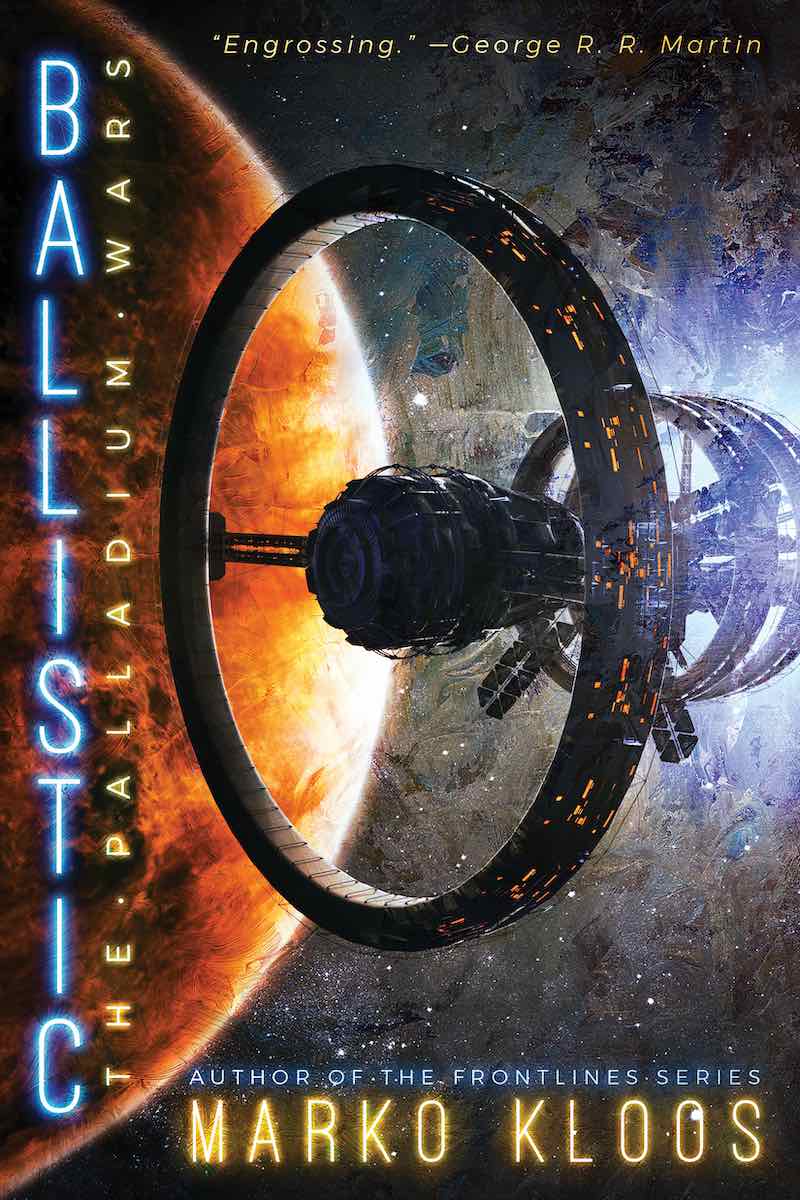 Finally, if someone enjoys Ballistic, and they’ve presumably read Aftershocks, what similar military sci-fi space opera series of someone else’s would you suggest they read while waiting for Citadel to come out?

I’m a big fan of James S.A. Corey’s The Expanse series. It skews a little more toward space opera than the Palladium Wars, but it’s full of realistic, believable science and fully realized, interesting characters who act like people and not like plot devices. It’s an exciting, grungy, and plausible future. 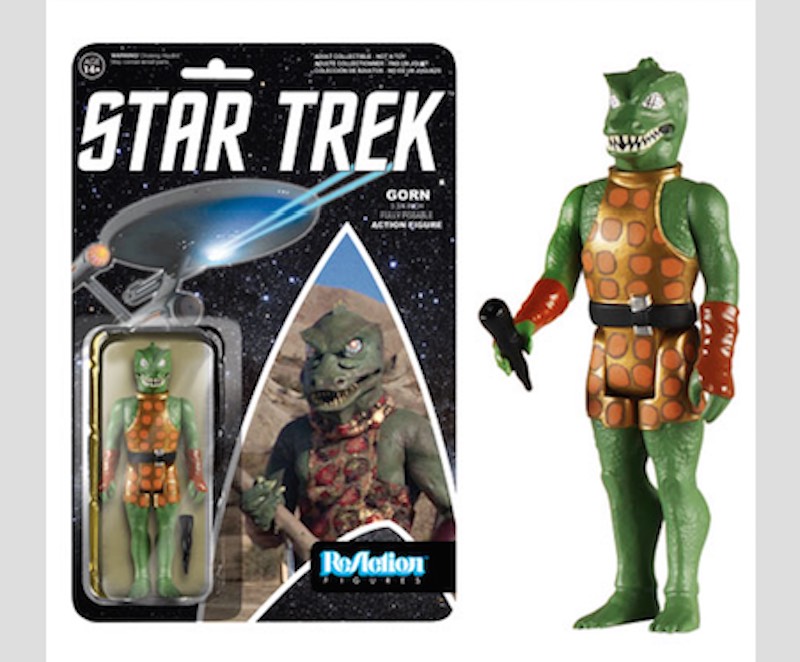 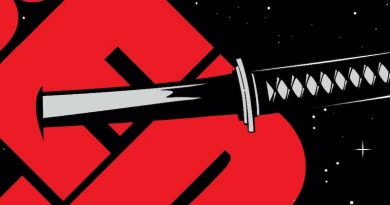 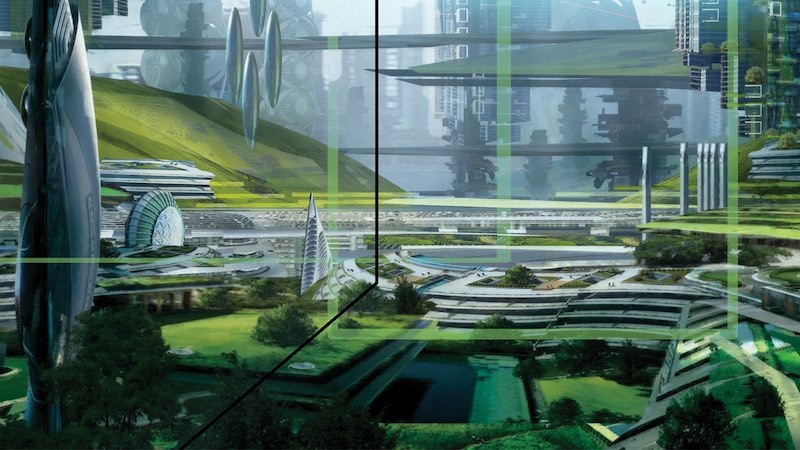