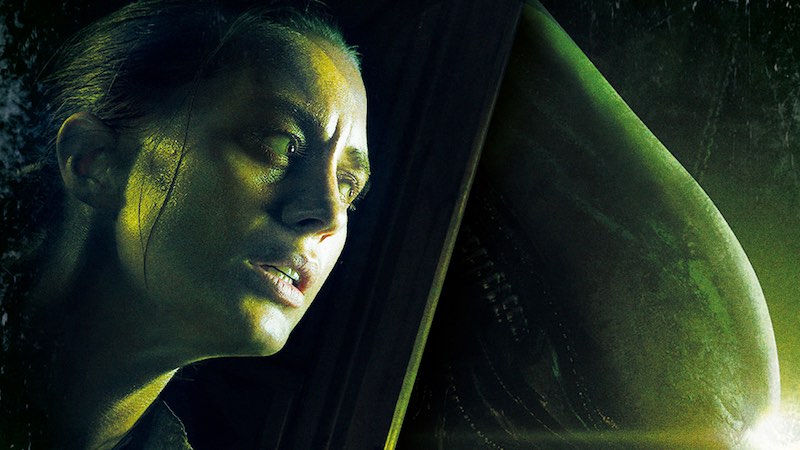 Though it came out five years ago, the stealth action game Alien: Isolation seems to be as resilent as its titular hero. A companion online show Alien: Isolation: The Digital Series came out in February; a Switch version of the game is scheduled for the end of the year; and now, for gamers who read, there’s an eponymous novelization that expands the story in interesting ways. In the following email interview, author Keith R.A. DeCandido talks about how he came to write Alien: Isolation (paperback, Kindle), what it adds to the game’s narrative, and whether his expansions would work in the game. 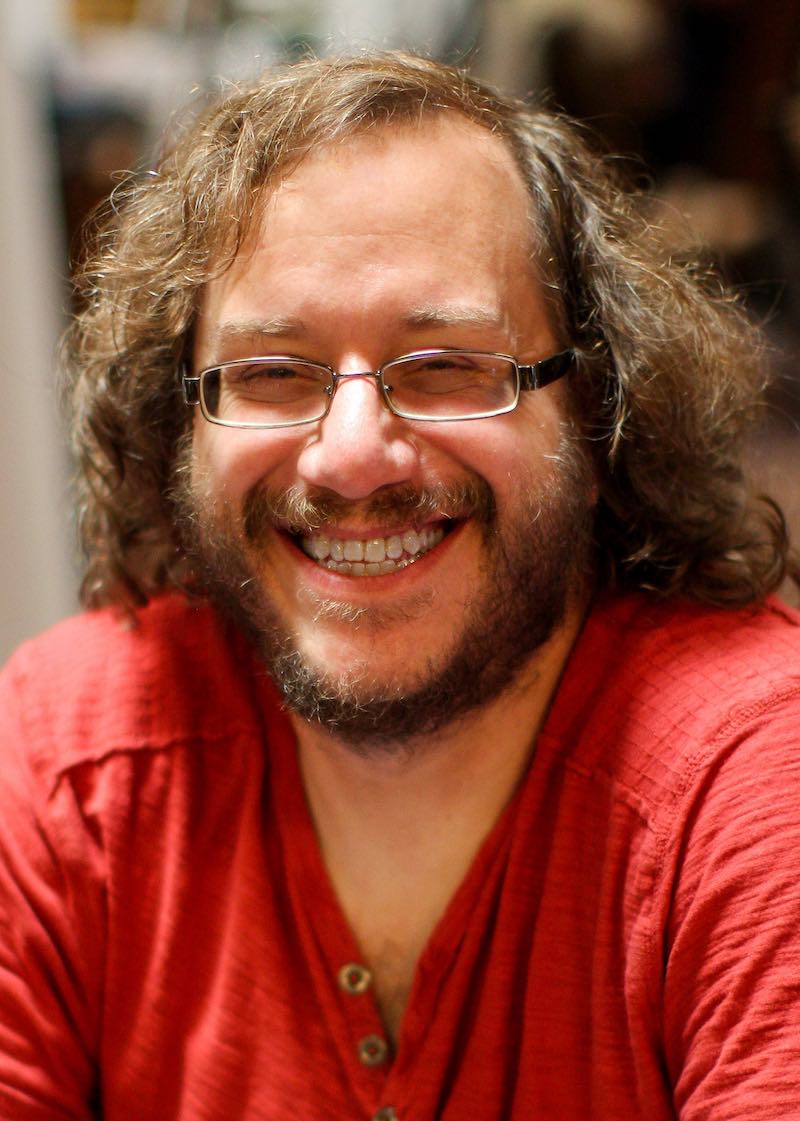 For those who didn’t play the game, what is your novel Alien: Isolation about, and how does it connect, both narratively and chronologically to the movies, comics, and games in the Alien franchise?

The story takes place between Alien and Aliens. Amanda Ripley, Ellen Ripley’s daughter, is 25 years old and neither she nor anyone else has any idea what the heck happened to Nostromo, which disappeared when she was 11. She’s working as a technician on the moon when she’s approached by a representative from Weyland-Yutani, who says they’ve found Nostromo‘s flight recorder, and invites her to go to Sevastopol Station, where it’s been taken, to view it.

However, by the time they arrive at Sevastopol, it’s a ghost town. Turns out the people who found the flight recorder also found a face-hugger, and there’s now a Xenomorph loose on the station.

The game and novel take place at roughly the same time as the twelve-issue Aliens: Defiance comic book series that introduced Zula Hendricks. Zula and Amanda became friends on the moon, and there’s a bit in Defiance where Amanda leaves Zula a message saying she’s going off to chase down the flight recorder.

And does your novel also connect to Aliens: Resistance, a comic book sequel to the game, or to the Alien: Isolation: The Digital Series shorts?

Yup! The end of the novel is the same as the beginning of Resistance, with Amanda being found after drifting in space for three days. And my novel is consistent with the digital series.

Though it’s an adaption of the game, your novel expands the story. Whose idea was it to do this?

It was 20th Century Fox who came to Titan with the notion, as part of the huge number of 40th anniversary storylines involving Amanda and Zula taking place between the first two movies: this Isolation novelization, the Resistance comic, the digital series, the Blackout mobile game, the upcoming Zula novel Protocol, and so on, all out in this anniversary year.

And then who came up with what those expansions would be?

The plot was developed by myself and the Mighty Steves Of Doom: Steve Saffel, who edits the Alien novels for Titan, and Steve Tzirlin, who is the guy in charge of Alien tie-ins for what was the 20th Century Fox Licensing Department, and is now, I guess, part of the Disney Licensing Department. The three of us spent a great deal of time both on conference calls and in email exchanges working out how to develop the novel — in particular, how we would dig into Amanda’s backstory, which is the biggest expansion of the game story. The game itself is focused, naturally, on the action of Amanda trying not to die on Sevastopol. The novel includes multiple flashbacks to Amanda’s life from infancy all the way through her childhood, adolescence, and early adulthood. Which also means a lot of backstory for Ellen Ripley, too, as we get to see her life before she set sail on the Nostromo‘s fatal voyage.

When they first approached you about writing this book, had you already played Alien: Isolation?

Nope. I’m not much of a gamer mainly due to lack of time.

But did you play it after you agreed to write Alien: Isolation?

I didn’t, but I did have access to all the gaming materials, and, best of all, Gamer’s Little Playground put up a video on YouTube that functions as a movie of the game, basically editing together the entirety of the game action into a single two-hour “movie.” That was hugely helpful as it combined with the script to give me a ton of material to work with. The cutscenes YouTube video in particular gave me a good feel for the visuals of Sevastopol.

Also of assistance was the Alien: Isolation comic book that Dark Horse put out as a companion to the game. All of it was mined for the novel. 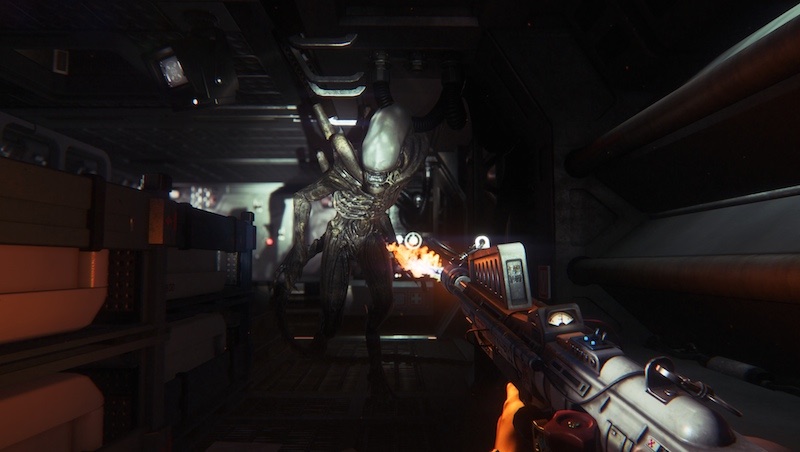 In writing Alien: Isolation, did you ever reach out to any of the game’s original writers — Dan Abnett, Dion Lay, or Will Porter — to see if they had ideas of how to expand the story or for their feedback on yours?

I wasn’t in direct touch with any of them, no, but I did have the entire (very long) game script to work off of.

I did make contact with Brian Wood, the writer of the Defiance and Resistance comics, to let him know I was writing Zula.

Now, this is not your first video game-related novel. You previously wrote World Of Warcraft: Cycle Of Hatred, Command & Conquer: Tiberium Wars, and StarCraft Ghost: Nova. How did did writing Alien: Isolation compare to working on those books?

One of the challenges generally with writing a game novel is that the needs of a game are different from the needs of a work of fiction. The game Isolation doesn’t really put you in Amanda’s head very much, beyond her frustration at not being able to get her hands on the Nostromo data. But that’s also not a game’s job: the game’s job is to challenge the player to finish it. In writing a novel, you’re more focused on character than actions, at least if you’re doing it right.

What about compared to writing a novelization of a movie, which you’ve done a couple of times for the Resident Evil films?

When you’re novelizing a movie, you have to include everything in the script, but also expand it, as a novel has much more story than a movie. But you can’t just ignore something if it doesn’t make sense or if it messes with the pacing or anything else. With a game, though, there’s a certain amount of leeway because it doesn’t have a completely fixed plot, as it’s malleable depending on how the player plays. Which frees a writer to focus on the parts that work best for the narrative.

Speaking of other books you’ve written, are there any writers or specific stories that had a big influence on Alien: Isolation?

Oh, that’s easy: Dan O’Bannon, Ronald Shusett, David Giler, Walter Hill, and James Cameron. They wrote Alien and Aliens, and it was a mix of the haunted-house-in-space feel of the first and the balls-to-the-wall action of the second that I was striving for.

But also I was going for something that each of those films did particularly well, and that’s show the regular-person’s point of view. The main characters of Alien are, basically, longshoremen: working-class folks just doing a job. The main characters of Aliens are Marines, the military equivalent of working-class folks just doing a job. Our main characters aren’t the officers, they aren’t the people in charge, they’re the grunts, the workaday people just trying to survive to the next paycheck.

How about movies, TV shows, and other games? Did any non-Alien stuff have a big influence on Alien: Isolation?

Probably the biggest influence — which relates back to the previous answer — is living in a big city, and seeing people of multiple social strata all living together.

In terms of other fictional works, I’d have to zero in on Hill Street Blues, because it was the first TV show where I noticed that most of the characters weren’t well-off. The people who appeared on that show were poor, or at least struggling to pay the bills. All too often in fiction, people either don’t have money problems, or those money problems are conveniently ignored. To this day, I have no idea how the two brothers on Supernatural — a show I adore, by the way, and have written three novels for — manage to survive with no noticeable source of income when they drive a car that gets approximately two feet to the gallon.

One of the important aspects of Amanda Ripley’s life — which tracks with what we saw of her mother’s life in Aliens in particular — is that she is not wealthy. Amanda’s had a hard life, one in which she doesn’t always know where her next meal is coming from. 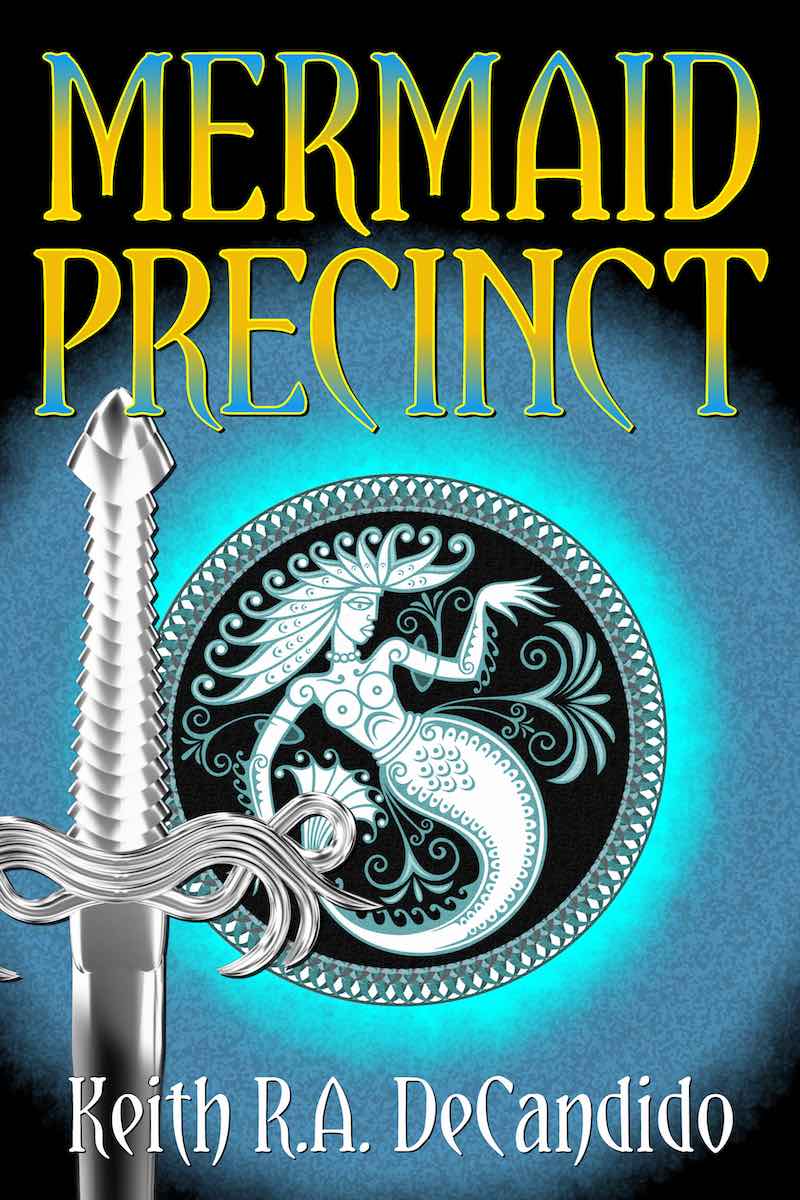 Along with Alien: Isolation you also recently released the original novel Mermaid Precinct, which is the fifth novel in your Precinct series. What is that series about, what is Mermaid Precinct about, and what kind of books are they genre-wise?

Do you think people who enjoy Alien: Isolation would like the Precinct novels?

I hope so! In both cases, I try to write characters that the readers can relate to. There are plenty of noble heroes and chosen ones in fiction — my personal preference is for the ordinary person who isn’t trying to change the world, but simply to survive and do their jobs as best they can.

Alien: Isolation is supposedly being released for the Nintendo Switch this holiday. Do you know if they’ve included any of the new elements from your novel?

I have no idea.

Do you think they would work in the game?

Probably not, because most of what I added is character backstory, primarily on Amanda, but also to a lesser extent on some of the other characters on Sevastopol. But mostly Amanda… 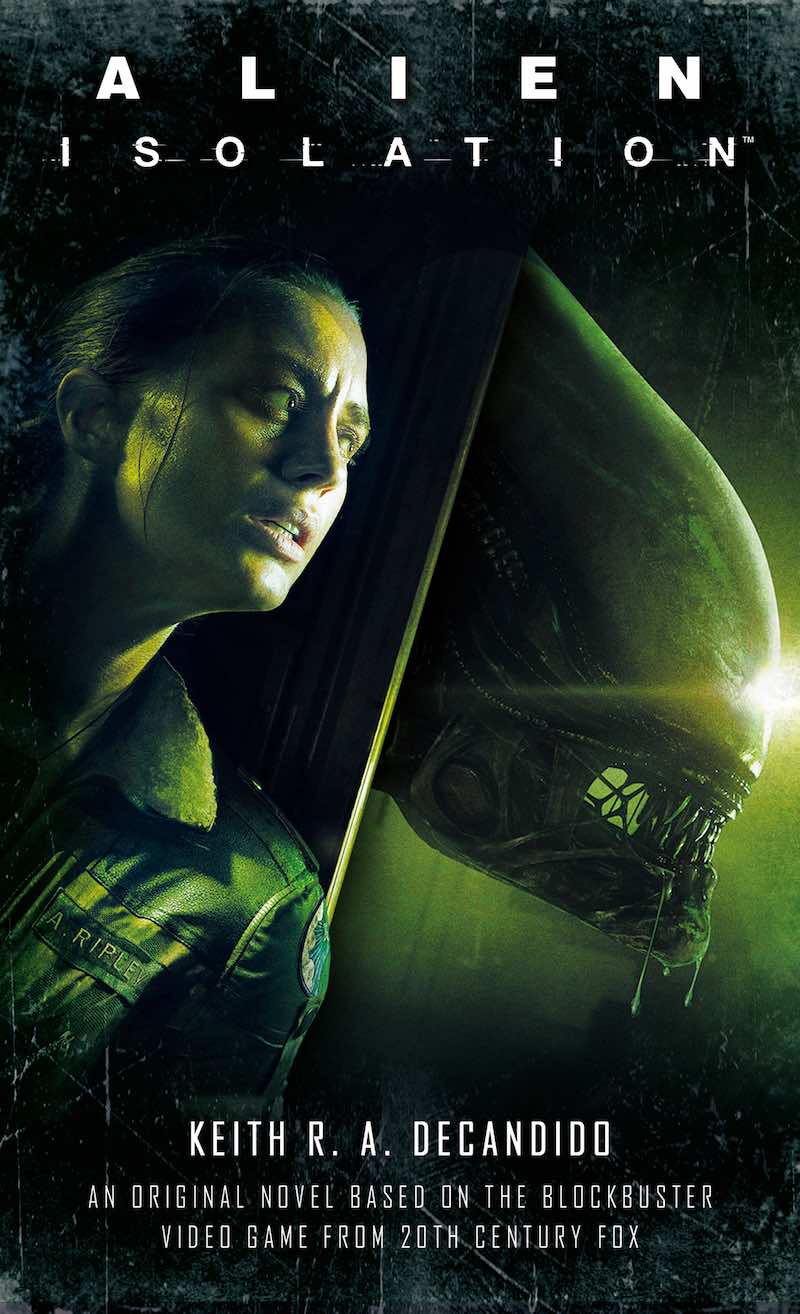 Finally, if someone enjoys Alien: Isolation, which of your other novels would you suggest they read next and why that one?

But seriously, folks…I’d say probably much of my Star Trek and Farscape fiction, which is in the same space-opera mode, and also my new urban fantasy A Furnace Sealed, which has the same regular-person-dealing-with-crazy-stuff mode, albeit in modern New York City as opposed to a futuristic space station.