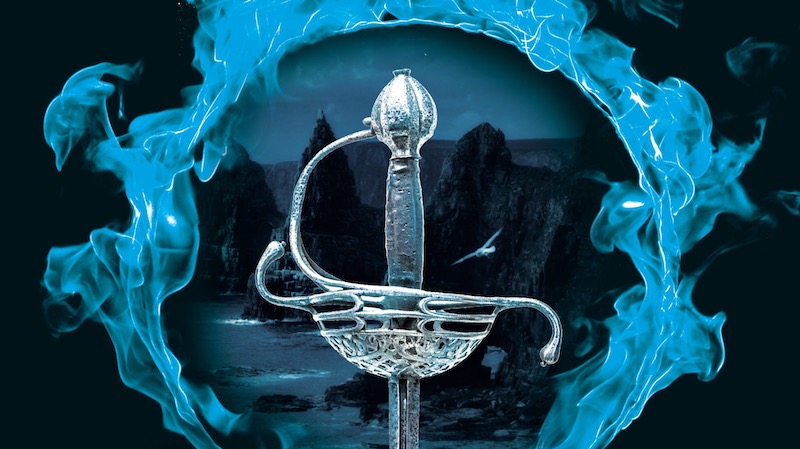 Sherwood Smith’s A Sword Named Truth (hardcover, Kindle) is the first book in her new epic fantasy trilogy Rise Of The Alliance. But it’s not the first story; Alliance is just the latest chapter in a saga that includes the four books of the Inda series, the novel Banner Of The Damned, and a forthcoming duology called Time Of Daughters. In the following email interview, Smith discusses the newest book, what inspired it, and who she’d cast in the TV series if the laws of time and space and agents didn’t apply. 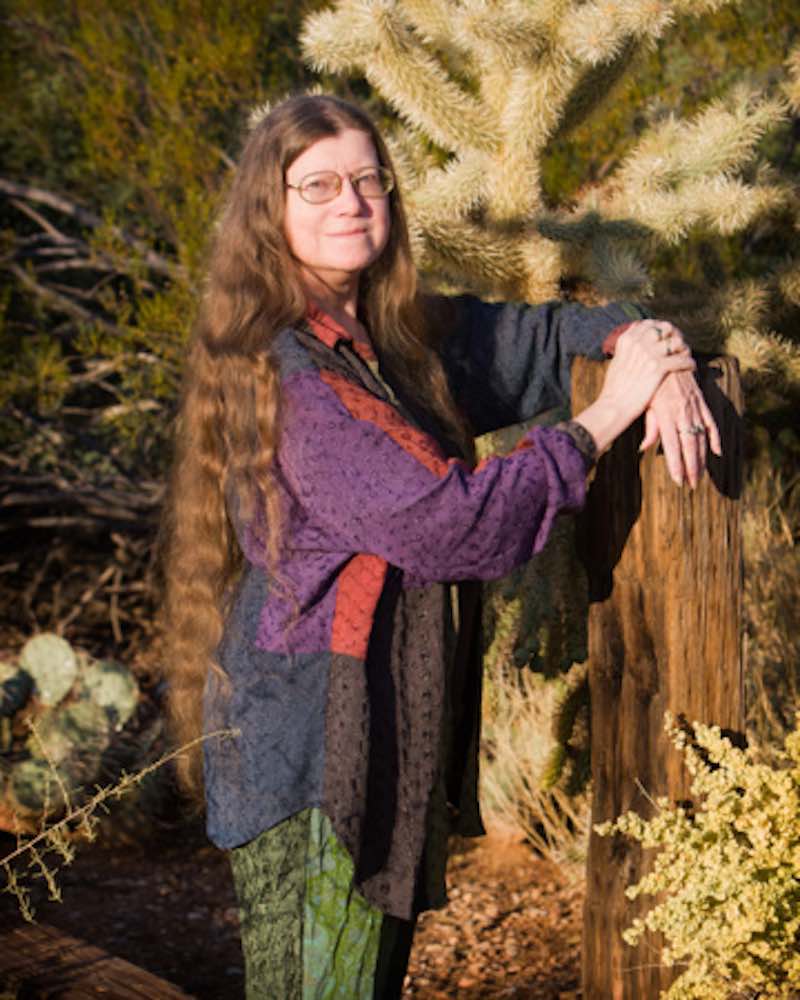 I’ll try to keep it simple. I’ve been working on this series all my life. Though I’ve gone back in the world’s history (Inda, Banner Of The Damned, the forthcoming Time Of Daughters), most of the stories follow a generation of young people as their world reaches the crisis point — and how it’s dealt with.

Since I started writing these when I was a kid, I focused on the kids. Then I follow them as they hit adulthood — in some cases very young adulthood — as they deal with world affairs…and personal affairs.

The Rise Of The Alliance is all one story. It was never planned as a “trilogy” — that was happenstance. The Inda books are also all one story, divided into four, and Time Of Daughters into two. All of these are very long stories, chopped up to make them easier to print.

Basically, in the first, the young people resisting the encroachment of Norsunder are introduced. In the second and third books, their Norsunder counterparts come in, and the fewmets hit the oscillator.

Where did you get the idea for A Sword Named Truth and when in relation to writing the Inda books and Banner Of The Damned did you come up with that idea?

I’m a visual writer, so I don’t really see the emergence of stories as getting ideas. What I see are scenes. If the scenes lead to other scenes, I start writing them down. Then I have to figure out what’s going on, and most importantly, why.

A Sword Named Truth is an epic fantasy novel. But are there any other genres, subgenres, or combinations of them at work in this story as well?

That’s hard for me to say. Being primarily visual, I find that how subgenres are divided sometimes confuses me. Like, one of the tags for this book at Amazon says horror. No way, say I. I don’t write horror. There may be some horrific scenes here and there. But horror? Noooooooo. And yet someone thought there was horror in this first one. Huh, I’m thinking. They haven’t even seen the really rough stuff to come.

Are there any writers, or specific stories, that had a big influence on A Sword Named Truth but not on the Inda books, Banner Of The Damned, or, really, any of your previous books?

No. I’ve been working on this series all my life, and though I read constantly, and watch some media — lately I’ve been addicted to Chinese historical dramas — it’s difficult to point to specific works and say that they were influences.

For example, I was already on my ninth notebook full of stories before I discovered Lord Of The Rings right before my fifteenth birthday. And so, although the world already had its shape, I think Tolkien’s profoundly effective use of eucatastrophe did influence me on the substrate level.

Ditto Patrick O’Brian’s Aubrey-Maturin series. Though I’d been writing about tall ships all along, it was those books that furnished the clearest images of exactly what it felt like to be on a ship, and how naval strategy and tactics worked. (My world has no gunpowder, so shipbuilding, sailing, and fighting evolved differently.)

Third example, though I’d already written Spy Princess when I was fifteen, it wasn’t until I’d grown up and read Simon Schama’s Citizens — not a novel, it’s an history — that I began to perceive how violent revolution looked from the inside, which enabled me to type it up and furnish a wider view of what was going on.

I’m guessing not, but I’ll ask anyway: Was A Sword Named Truth inspired or influenced by any movies, TV shows, or video games?

No — you have to realize that the first draft was written a long time ago. I’ve been working on this series all my life.

Now, A Sword Named Truth, as we’ve been discussing, is the first book in the Rise Of The Alliance trilogy. First off, do you know what the other books are going to be called or when they might be out?

They are Firejive and Darkside Of The Sun. Already written, waiting to be scheduled.

And does someone need to have read the Inda books to understand A Sword Named Truth and the rest of the Rise Of The Alliance trilogy?

Well, I tried hard to introduce everyone as if they were appearing for the first time. Which is why the beginning of this book advances as it does, to cover a lot of people, before they get bound together for their first taste of action. However, the second book follows on from the first. I don’t think anyone should begin there — like I said above, it’s all one story chopped into three.

There are so many different types of readers, who come to books with different expectations and experience, I hesitate to say what anyone “should” do. Readers who are impatient might want to binge, but others could wait. A Sword Named Truth comes to a kind of resolution. But the second one ends on a hell of a cliffhanger, there was no way of getting around that, as the action is seriously heating up.

You said earlier that movies, TV shows, and video games didn’t influence A Sword Named Truth. But has there been any interest in making it into a movie, show, or game?

The only Hollywood interest in my stuff right now is for a different series. Movies wouldn’t work. The long arc form — three seasons — would.

And if that happened, who do you think they should cast in the main roles?

Do they have to be alive for casting? Young Gregory Peck [To Kill A Mockingbird] would make a perfect Rel. Dye young Michael J. Fox’s hair blond, and he’s unnervingly like Senrid. When I first saw the TV show that made him famous, back in the early ’80s [Family Ties], I didn’t notice anything else about a show I thought forgettable, I said, “That’s Senrid!” He even moves like Senrid. Give a teenage Halle Berry [Kingsman: The Golden Circle] long black hair and she’s very much like Hibern. 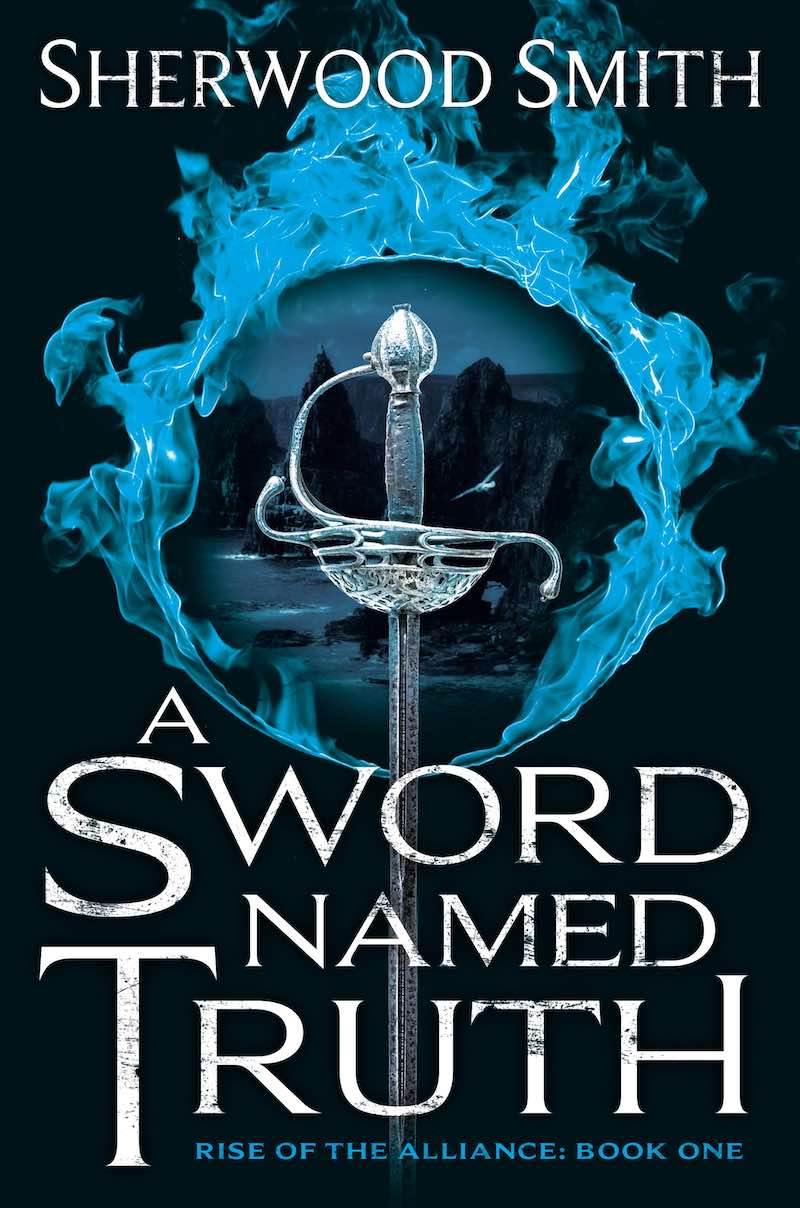 Finally, if someone enjoys A Sword Named Truth, what would you suggest they read while waiting for the second book to come out?

It so depends on what they like to read. Of mine, the Inda books. Of someone else’s Jo Walton’s Lent, which just came out at the end of May. So unusual and gripping, and her love of Florence and the best of humanism just shimmers through it.