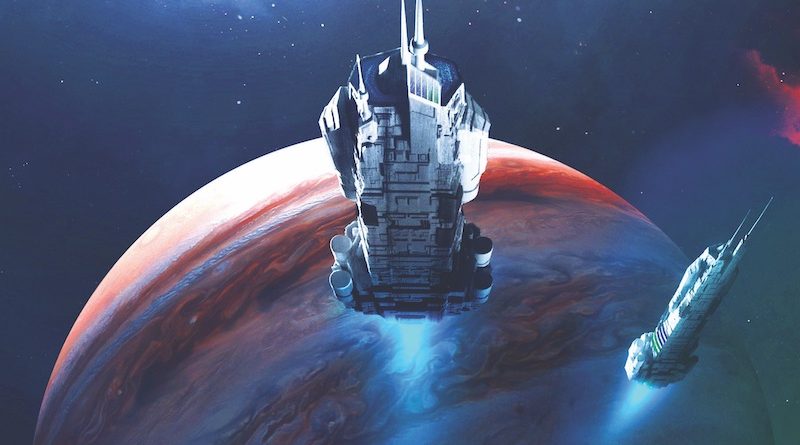 For the last four years, sci-fi writer K.B. Wagers has been mired in war. First, with their space opera trilogy The Indranan War, and then with the still in-progress sequel series, The Farian War. But now they’re taking a detour with A Pale Light In The Black (hardcover, Kindle), the first book in an ongoing series of stand-alone military sci-fi novels. In the following email interview, they explain what inspired and influenced the first of what they call “A NeoG Novel,” as well as their plans for this series moving forward. 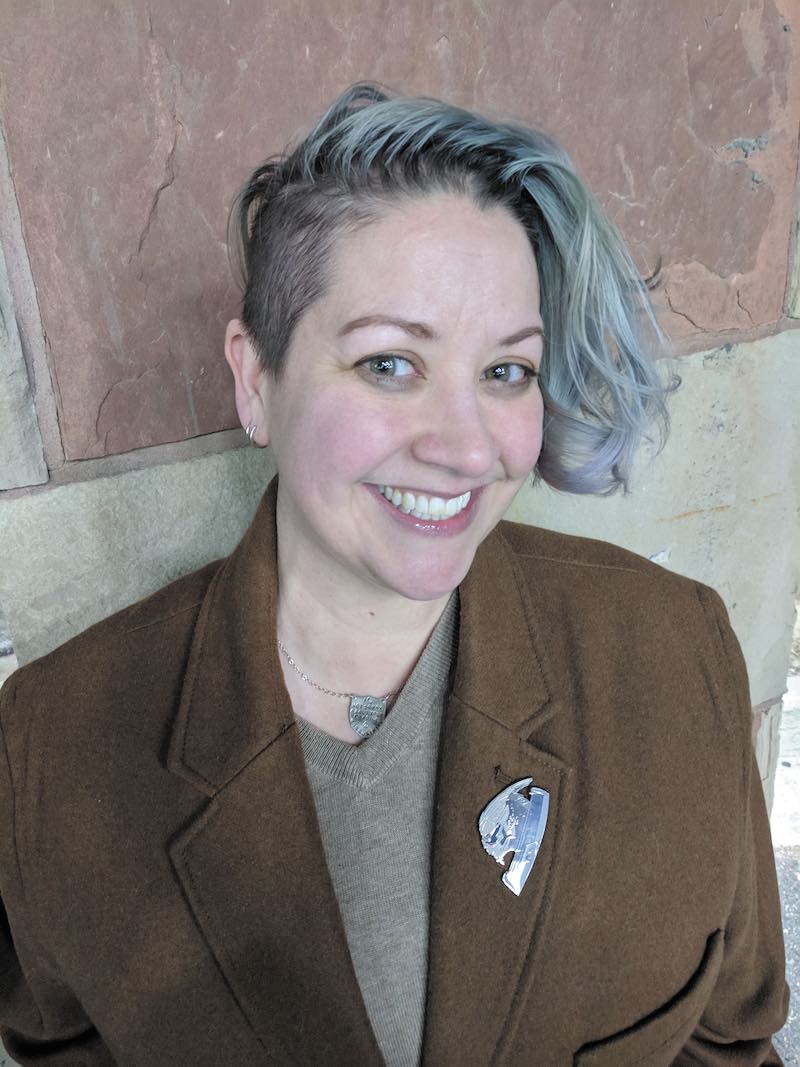 To begin, what is A Pale Light In The Black about, and when and where is it set?

A Pale Light In The Black follows the adventures of three members of the NeoG Interceptor crew Zuma’s Ghost: Max, the new lieutenant looking for her place in the world out from under the shadow of her famous family; Rosa, who’s trying to manage the sudden shift of her crew and what it’s going to do to their Boarding Game chances; and Jenks, who’s trying not to not get busted back down to spacer again. It’s been described as a kind book and I really love that because it’s what I set out to do. This is a lot about the relationships between characters, with a little mystery that threatens the fate of humanity thrown in and some fun sports stuff.

The Near-Earth Orbital Guard are basically the Coast Guard in space. Why did you make the NeoG like the Coast Guard as opposed to the Navy, the Naval Reserves, or Starfleet?

I was actually approached by senior editor David Pomerico at Harper Voyager about this project. His idea was for a Space Coast Guard and the Boarding Games, a series of inter-military competitions between all the branches. I got to take it and run with it. Higher. Further. Faster. As one might say. [winks]

What it boiled down to was we wanted to make the Coast Guard the stars of the story. This is an Earth-based space story, meaning we’re sticking in the local solar system, with a little jump to Trappist-1 on occasion. [Trappist-1 is an ultra-cool red dwarf star in the constellation Aquarius. Really] But humanity is alone here and we’ve learned to deal with our problems and are taking our first steps out into the stars. The Near-Earth Orbital Guard seemed the perfect heroes for a story like this. Their mission is to safeguard humanity, to protect the space around Earth. This is about the folks who get their hands dirty and who spend their whole lives watching out for the people around them.

Making this more like the Coast Guard versus the Navy gave me a lot more leeway to play with things like the military structure and the character interactions. The U.S. Coast Guard is part of the Department of Homeland Security, not the Defense Department, and that has some impact on the way it works and the way the crews see themselves…not to mention how the other branches see them. So I got work with something that feels a little more intimate and informal than I think we’d have gotten from using any of the other branches.

A Pale Light In The Black sounds like it’s a military sci-fi space opera story. Is that how you’d describe it?

It’s military sci-fi rather than space opera. It’s very much rooted in the idea of humanity and a hopeful future. There’s no aliens, no magic. Just a lot of people who are very good at their jobs. I’ve got some science in there because I’m a nerd at heart, and some really cool visions of what life might be like once we are living elsewhere in the solar system.

So as a nerd at heart, was A Pale Light In The Black influenced by any nerdy movies, TV shows, or video games?

I’ve made the pretty constant joke that this book is like Dodgeball: A True Underdog Story. It’s not really, but the feel is the same and I unabashedly used the model of the sportscaster guys Conner McKnight and Pepper Brooks for the guys who call the Boarding Games.

A Pale Light In The Black is coming out three months to the day after you released your previous novel, Down Among The Dead, the second book of your Farian War trilogy. Is it safe to assume you wrote these books around the same time?

Oof, yeah, I basically finished up Down Among The Dead and dove straight into A Pale Light In The Black. The second Farian War book is pretty heavy. Without spoiling things, there’s a lot of grief, a lot of Hail as an unreliable narrator due to events in There Before The Chaos [the first book in the Farian War trilogy]. It was rough to get so deep in her head and hard to get back out. It was also kind of a difficult time in my life so I ended up using a lot of that narrative to get my feelings out.

By contrast, A Pale Light In The Black is this bright and shining sunrise after a cold, dark night. It was amazing to write, possibly saved my life, and was quite possibly the fastest book I’ve written since Behind The Throne [the first book of her Indranan War trilogy, which precedes the Farian War trilogy]. It’s pure joy. 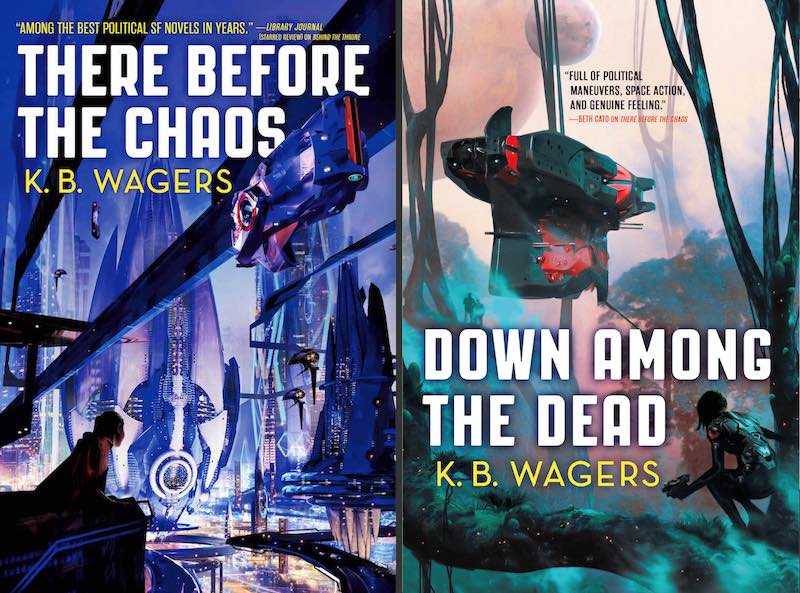 Speaking of your Farian War trilogy, you’ve said that A Pale Light In The Black is also part of a series. Is this series also a trilogy?

It’s a stand-alone novel and the next book, Hold Fast Through The Fire, will have a lot of familiar faces, but Fire is also a stand-alone story with a satisfying conclusion. There’re no wild cliffhangers to be found, and you won’t have to have read one to understand or enjoy the other. Our long-term plans are to get a lot of loosely connected stories about this world and the NeoG, but ones that you could pick up at any point in the timeline and read, not a running series that you have to start at the beginning. A Pale Light In The Black is a stand-alone story

At the moment these are the only two books I’ve got under contract with Harper Voyager. Here’s hoping everyone enjoys A Pale Light In The Black so I can write more.

Hear, hear! Going back to The Indranan War and The Farian War trilogies for a moment, for people who haven’t read those books, what are they about?

The Hail Bristol series is about a gunrunner turned empress in a fight to reclaim (reluctantly) her throne and avenge her family. In the Farian War trilogy she deals with a massive alien conflict that threatens the safety not only of her empire but of all of humanity. These space operas are set in the Milky Way in the far future where humanity has spread out into the galaxy and there are several alien races who share the space.

And do you know when the third and final book of The Farian War will be out, and what it’s going to be called?

Yes! The final book of The Farian War is titled Out Past The Stars and will be out February 23, 2021

Now, in the previous interview we did for There Before The Chaos [which you can read here], you said that David Barron, who produced six of the Harry Potter movies, had optioned Behind The Throne, and, I presume, the rest of the Indranan and Farian books. Has anything happened with those adaptations since?

At the moment Behind The Throne is the only book that has been optioned. But we’ve been doing some very interesting work over the last year on development for a potential TV series, and I’m hoping to have more information to share about that at some point in 2020.

Sweet. Has there been any interest in making A Pale Light In The Black into a movie, TV show, or video game?

Not as of yet, but it would be a lot of fun to see on screen! It would also be a lot of fun to play as a video game, I see something like Final Fantasy X where you’re running through the storyline and participating in the Boarding Games like Biltzball matches on the side.

And if it was made into a show or movie, do you have any idea who they should cast?

I’ll be honest, I don’t spend a lot of time these days thinking about who would work as casting options. Mostly because I know I wouldn’t have a whole lot of say, and because the characters in my head are unique and trying to find a real-life person to match would likely be really difficult. 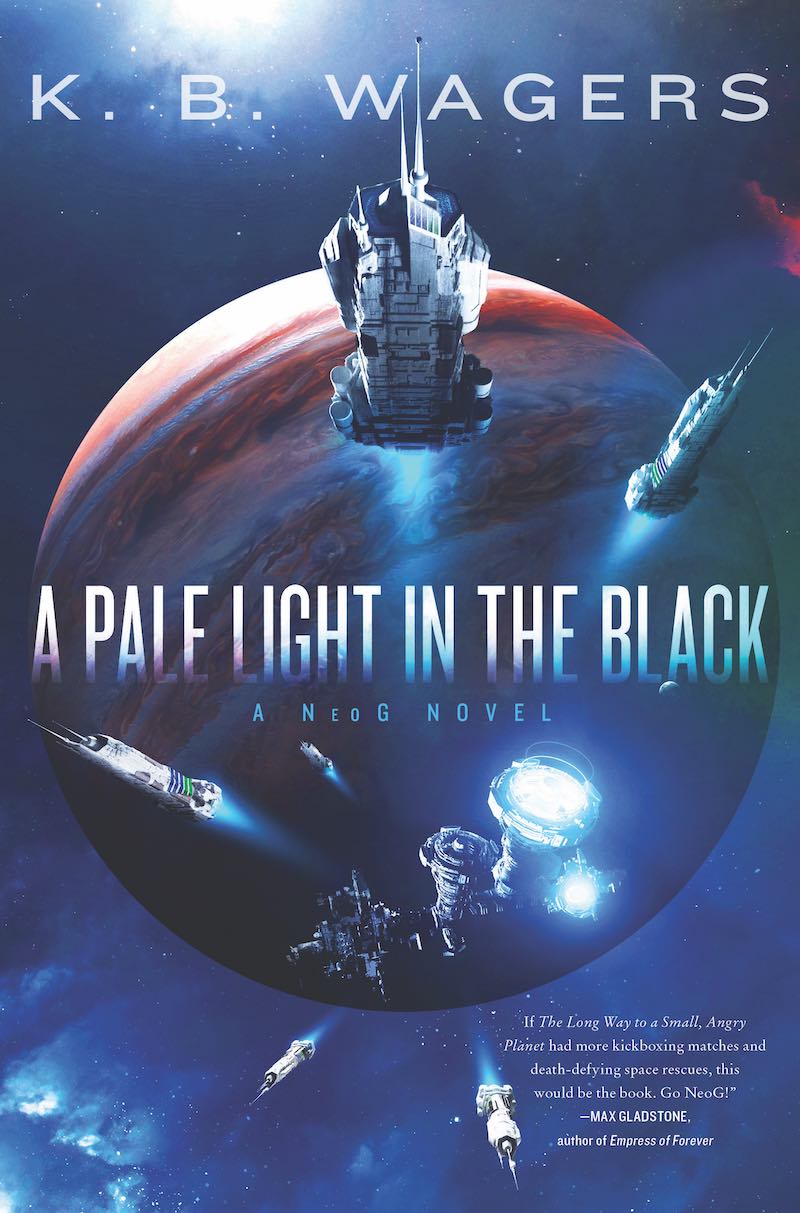 Finally, if someone enjoys A Pale Light In The Black, they should obviously read the Indranan and Farian War trilogies. But once they’ve done that, what similar military sci-fi novel of someone else’s would you recommend they read and why that?

Two books come to mind at the moment. I’d say folks should check out Megan E. O’Keefe’s Velocity Weapon, which is an awesome story about an A.I. spaceship and a pilot who’s out of her time. And the upcoming Architects Of Memory by Karen Osborne, which is out August of 2020, about a war, a terminally ill salvage pilot, and a conspiracy that threatens all of humanity. 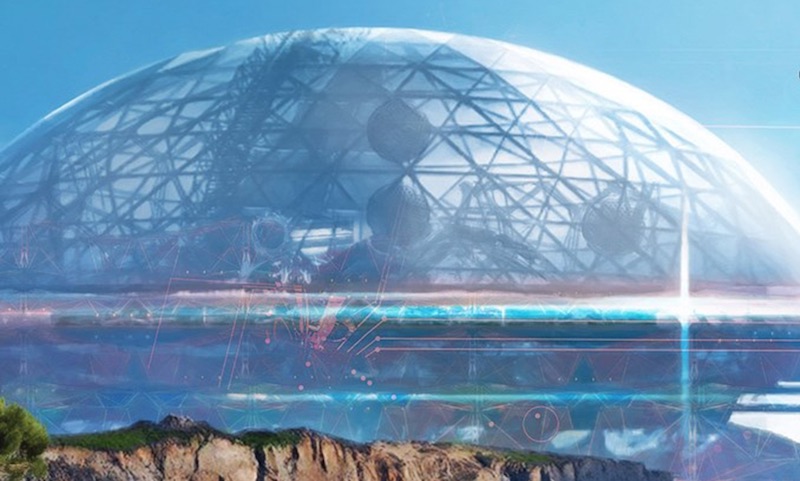 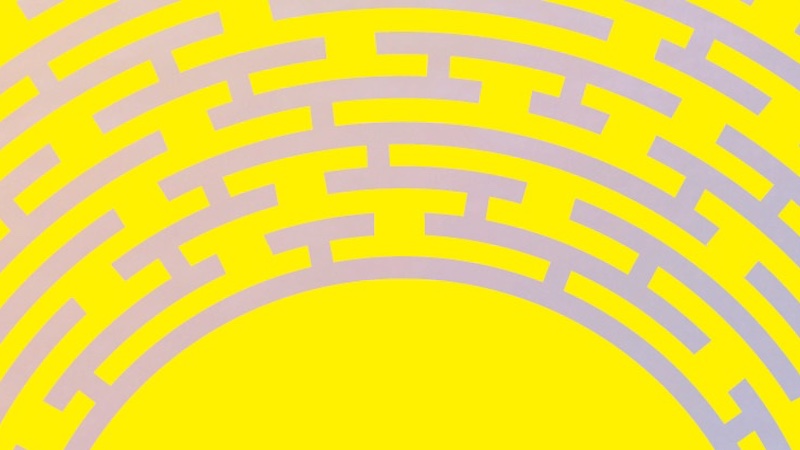 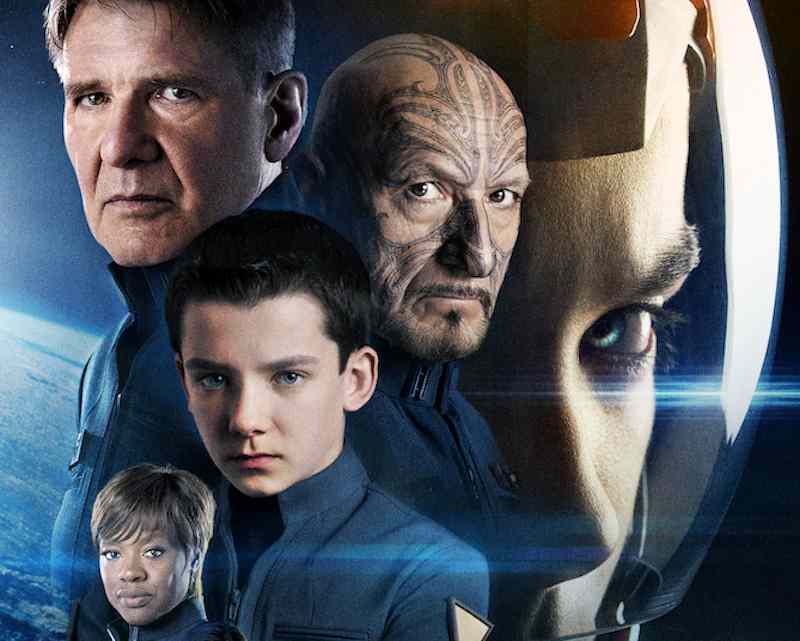